As of Sunday, TikTok will not be able to receive system updates. 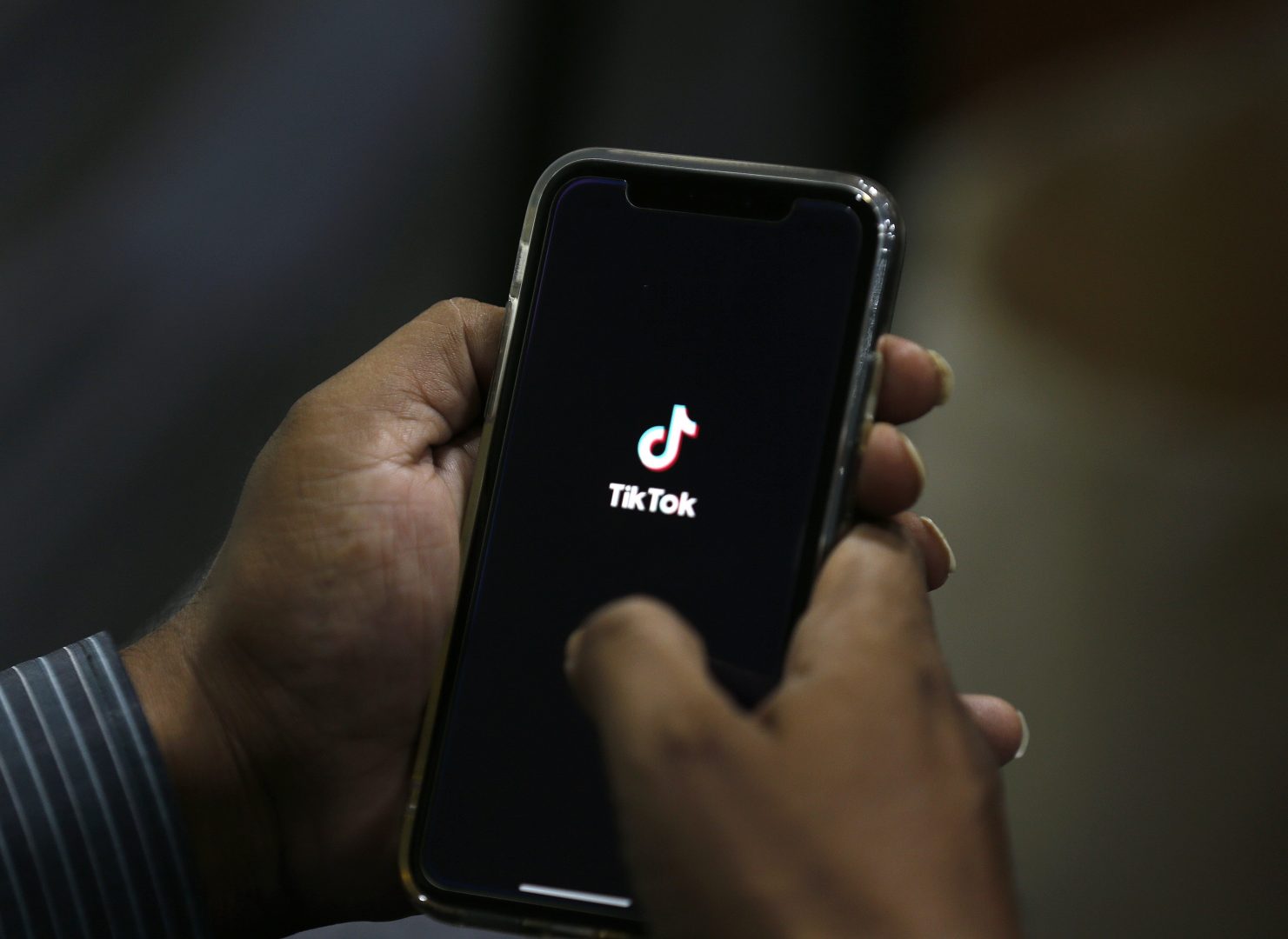 (Washington) — The Trump administration is banning Americans from downloading popular video-sharing app TikTok and limiting the use of WeChat because of national security concerns, the Commerce Department announced on Friday.

As of Sunday, TikTok will not be able to receive system updates, which could affect its functionality, including slowing down the app, but the app’s current version will still work for American users.

Talks are still underway among parties including software company Oracle and Walmart to come up with a plan to rescue TikTok, which has more than 100 million users in the U.S. and 700 million globally.

Parties have until Nov. 12 to finalize a deal or the administration will fully ban TikTok, White House officials said.

A man wearing a shirt promoting TikTok is seen at an Apple store in Beijing on Friday, July 17, 2020.

The federal action will also limit the use of WeChat for transferring money or conducting payments inside the U.S

Commerce Secretary Wilbur Ross said in a statement that the restrictions on TikTok — which arose from President Trump’s executive order issued last month targeting the app — will take effect on Sunday.

“Today’s actions prove once again that President Trump will do everything in his power to guarantee our national security and protect Americans from the threats of the Chinese Communist Party,” Ross said in a statement.

TikTok, in a statement, called the Trump administration’s action “unjust” and vowed to keep to fighting the order in federal court.

“In our proposal to the US Administration, we’ve already committed to unprecedented levels of additional transparency and accountability well beyond what other apps are willing to do, including third-party audits, verification of code security, and US government oversight of US data security,” a TikTok spokesperson said. “Further, an American technology provider would be responsible for maintaining and operating the TikTok network in the US, which would include all services and data serving US consumers.”

Kirsten Martin, professor of technology ethics at the University of Notre Dame, said the Trump administration’s enforcement action will not do much to address any national security concerns White House officials have with the Beijing-owned TikTok.

“TikTok was never a national security risk. In many ways, an app like TikTok is better than most apps in that they don’t sell user data to third parties. That actually may end when Oracle gets involved given their work in digital marketing,” Martin said.

Also starting Sunday, it will become illegal to provide Internet hosting and other network services for WeChat.

TikTok is owned by ByteDance. WeChat, a messaging and social media app that also lets users conduct payments, is owned by Tencent.

Under TikTok’s terms of service, user data can be shared with ByteDance. That has made officials in Washington worry about the possibility of China gaining access to U.S. user data. The amount of data TikTok collects on Americans is on par with what other apps collect, including ones owned by Facebook and Google.

Trump has insisted that ByteDance must lose its majority stake in TikTok, triggering a flurry of activity from U.S. companies interested in acquiring or partnering with the video-sharing service. 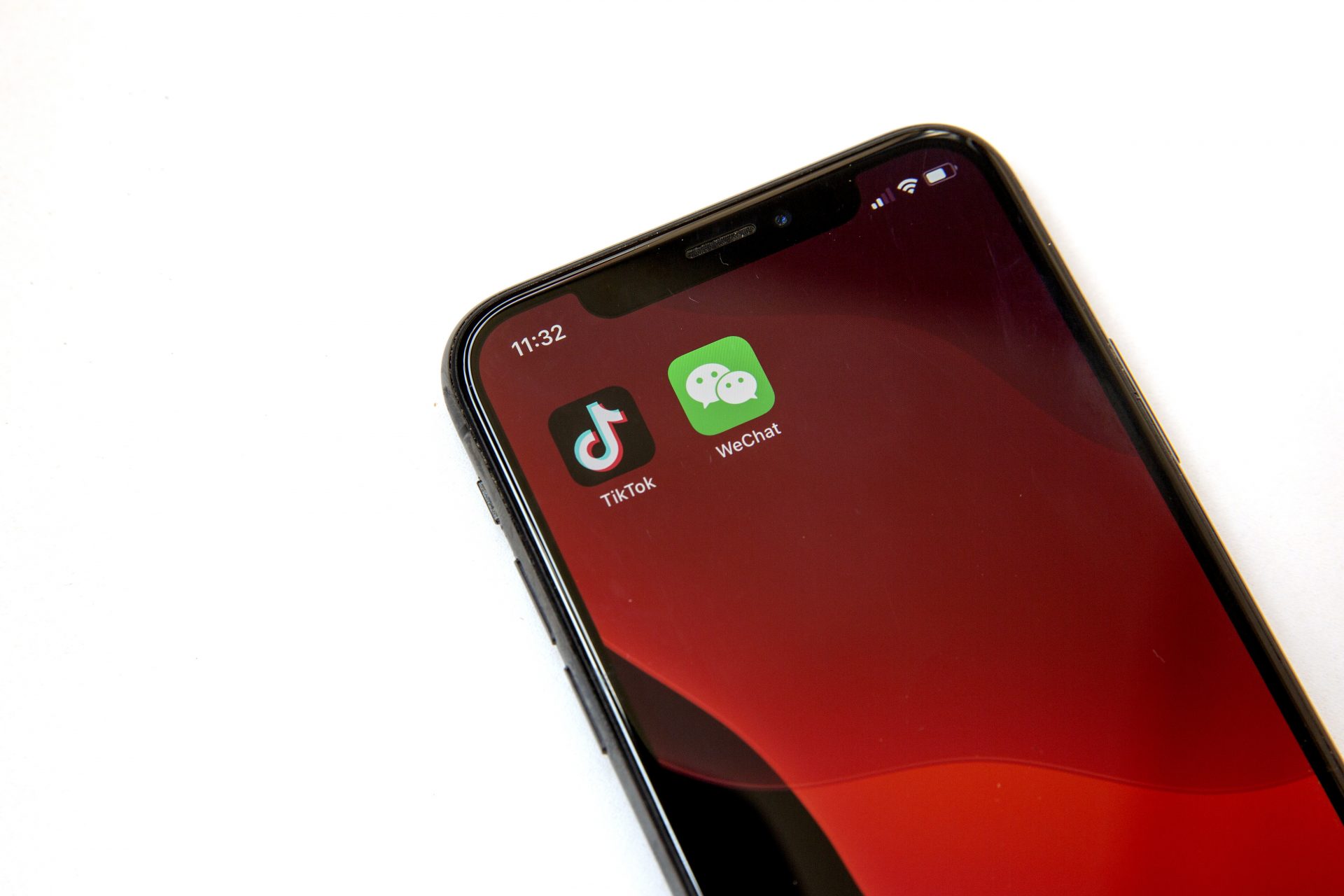 Oracle beat out Microsoft as the top U.S. suitor. The current proposal on the table from Oracle would give it a majority stake in TikTok, but ByteDance would retain a significant minority stake and also maintain a strong position on the company’s board. It is not clear whether Trump will support the deal.

Oracle has ties to Trump. Larry Ellison, a top Oracle executive, is one of the few tech leaders in Silicon Valley who support the president. He held a fundraiser for Trump in February.

TikTok’s 1,500 employees were worried Trump clamping down on the app would deprive them of their wages, but the administration recently clarified in a court filing that TikTok workers, and anyone working for a subsidiary of ByteDance, will not be affected by the August executive order.

TikTok is challenging the order in federal court, arguing it deprives the company of due process.

“We invite Facebook and Instagram to publicly join our challenge and support our litigation,” Pappas wrote on Twitter. “This is a moment to put aside our competition and focus on core principles like freedom of expression and due process of law.”