Her visit comes as the campaign drops millions of dollars on ads in Pennsylvania, including two targeted at Black voters.

“This woman said if she’s coming to Philadelphia, bring her straight to the hood, bring her right to see the people,” said actress and activist Sheryl Lee Ralph, the event’s moderator. Ralph is also married to Democratic state Sen. Vincent Hughes.

Harris’s visit comes as the campaign drops millions of dollars on ads in Pennsylvania, including two targeted at Black voters — one aimed at Black people who didn’t vote in 2016, and one touting Biden and Harris’ support for Black-owned businesses.

The vice presidential hopeful started her day in Northwest Philly’s West Oak Lane neighborhood, where she took a walk with U.S. Rep. Dwight Evans, D-Philadelphia, and met with a few Black business owners.

She watched a dance performance by PHILADANCO, then stopped by Parker’s house, where a group of Black women was waiting to participate in a discussion. Many were members of Black sororities, including Alpha Kappa Alpha, of which Harris became a member while a student at Howard University.

“The sisters,” Harris said as she was introduced to the crowd.

The sisters came with serious questions for Harris.

Sara Lomax-Reese, who heads talk radio station WURD, asked what Harris and Biden planned to do “specifically to address the historic inequities around race and racism for Black Americans.”

Harris’s answer had several points. The reason she had met with business owners, she said, is because Biden hopes to give $100 billion in low-interest loans to businesses owned by Black and brown people. 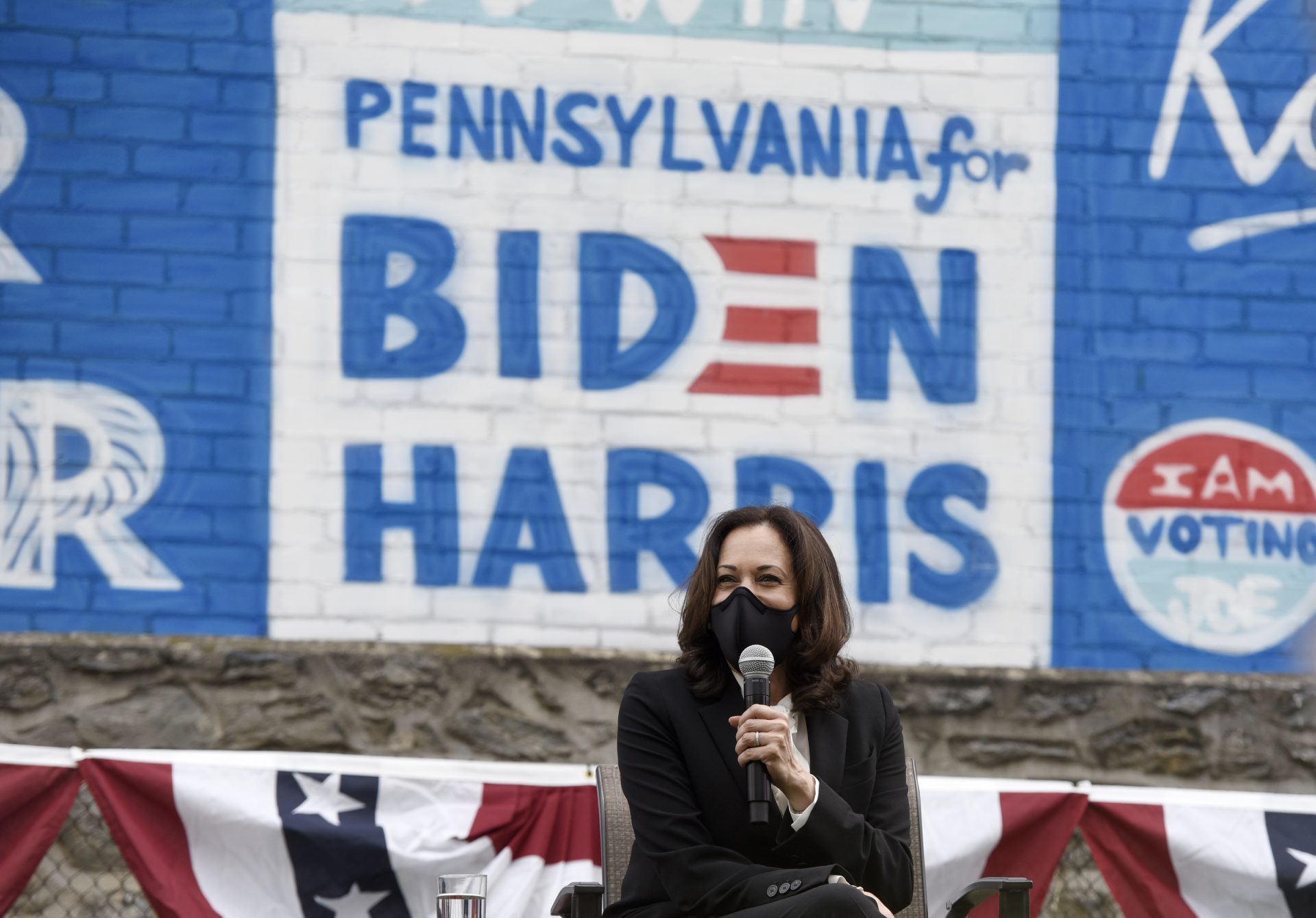 She also promised $70 billion for historically Black colleges for things like medical research into diseases — she named lupus specifically — that disproportionately affect Black people. And she said she and Biden also want to expand health care — their platform centers on preserving the Affordable Care Act — and track racial disparities in health care, like Black women’s higher likelihoods of dying in childbirth.

Other topics included gun violence (the campaign has pledged to institute universal background checks, a ban on assault-style weapons and studies on violence in cities) student loan debt (the campaign wants to make four-year public schools and private HBCUs tuition-free to students from families that make under $125,000 a year) and tracking and disciplining police officers found guilty of misconduct.

Harris’ visit was part of a flurry of action in Pennsylvania Thursday for Joe Biden’s presidential campaign.

Biden himself made a stop in his childhood hometown, Scranton, for a CNN town hall. Scranton is in the heart of the northeastern region where President Donald Trump made massive gains in 2016, and Biden is trying to cut into his margins there.

In Philly, the story is a little different.

Philadelphia is Pennsylvania’s bluest county, and its residents reliably vote for Democrats by huge margins. Four years ago, Hillary Clinton won the city by 82.3%.

And yet, Clinton’s margin was slightly smaller than the ones President Barack Obama won in 2008 in 2012 — 83% and 85.2%, respectively. In a close election, those percentages can become big — Trump ended up winning the commonwealth by just 0.7%.

Lately, the Biden campaign has been trying to shore up its Philadelphia numbers.

As the backyard event wrapped up, Parker took the microphone and said she wanted to dispel any incorrect ideas about why she and the other Black women at the event want Harris to be vice president.

Their support, she said, is not “simply because we have a complexion connection. We want you there because you are prepared.”

Ralph ended the roundtable with a word of caution. Much has been made, she noted, of Black women’s exceptionally high turnout on behalf of Democratic candidates.

“We don’t need just African American women,” she said. “All of the women here must bring men to the polls with you. It is not just on our shoulders.”

Harris finished off the day at Taller Puertorriqueño, a Latino art and community center in Kensington, where she talked to a number of Latino politicians and community leaders.