President Donald Trump speaks during a news conference at the White House, Wednesday, Sept. 16, 2020, in Washington.

Contradicting his own CDC appointees, Trump claims COVID-19 vaccine could be ready by end of year

Top Trump administration health officials testified a vaccine for COVID-19 is not likely to be widely available until next spring or summer.

(Washington) — President Trump on Wednesday again said widespread distribution of a vaccine against the coronavirus would happen before the end of the year, directly contradicting Centers for Disease Control and Prevention Director Robert Redfield. The CDC chief testified earlier Wednesday that a vaccine would not be widely available until next spring or summer.

Trump said he expects the government to be able to distribute a vaccine “sometime in October,” though “it may be a little later than that.”

When asked why his message on a vaccine timeline and the efficacy of masks differed so profoundly from the CDC director’s, Trump said that Redfield had “made a mistake” and “misunderstood” the questions. 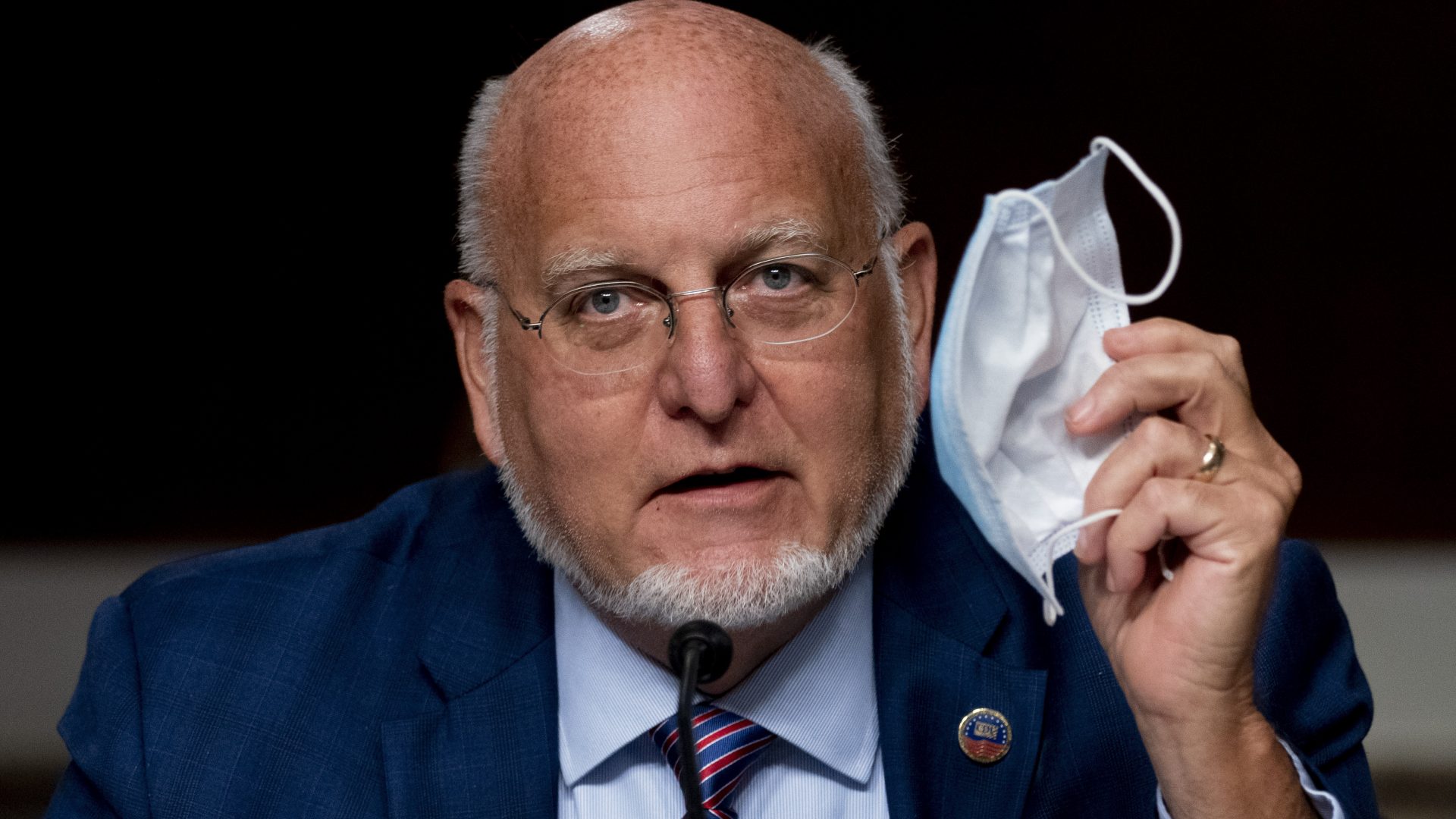 Trump in his Wednesday briefing also refuted Redfield’s assertion to a Senate panel that wearing a mask remains “the most important, powerful public health tool we have.”

Trump instead downplayed the importance of masks compared to a vaccine while also mocking his Democratic rival, former Vice President Joe Biden, for routinely wearing masks in public spaces per public health guidelines.

On Biden, the president said: “Joe feels very safe in a mask. I don’t know. Maybe he doesn’t want to expose his face.”

Top Trump administration health officials testified Wednesday that a vaccine for COVID-19 is not likely to be widely available until next spring or summer, and stressed the importance of wearing a mask in the fight against the coronavirus.

“I might even go so far as to say that this face mask is more guaranteed to protect me against COVID than when I take a COVID vaccine,” Redfield told a Senate panel Wednesday.

Redfield, along with Adm. Brett Giroir, head of the Trump administration’s testing effort, and Bob Kadlec, who heads the Department of Health and Human Services preparedness and response efforts, appeared before a Senate subcommittee on response to the coronavirus pandemic. 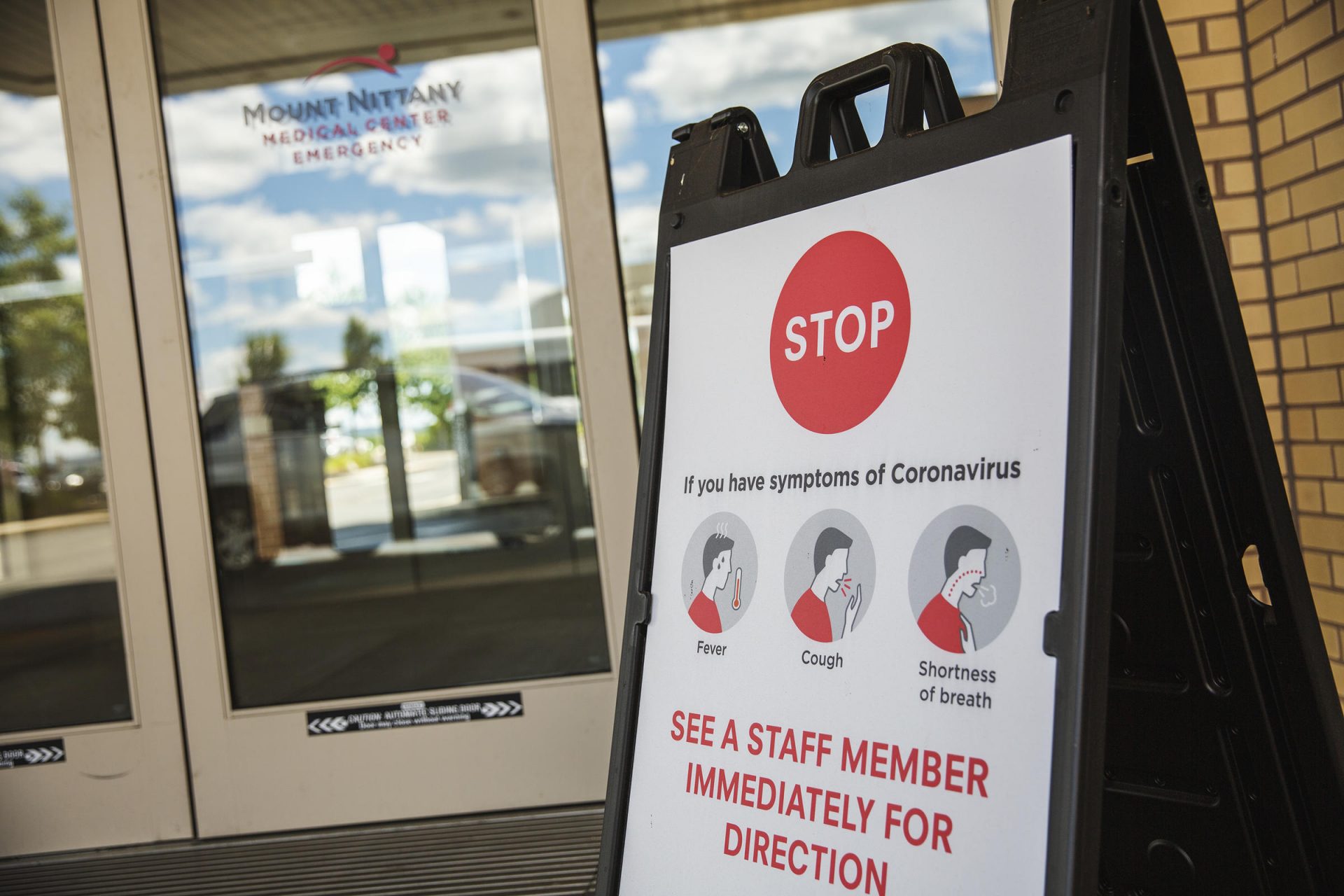 The number of COVID-19 cases in Centre County saw a new spike Tuesday, which was up by 212 from Monday.

Redfield said a vaccine might become available in November or December for first responders but not widely available until “the second or third quarter” of next year. He later testified it would take six to nine months after the Food and Drug Administration had authorized the vaccine before it could be distributed nationally.

Trump has repeatedly said that a vaccine would be ready in a much quicker time frame. “We’re going to have a vaccine in a matter of weeks, it could be four weeks, it could be eight weeks,” Trump told Fox News this week, adding that it “could be” before the election, and that “we’ll start delivering it immediately upon getting it.”

Those remarks contradict what most health officials have been saying, including one of the leaders of Operation Warp Speed, the administration’s drug development program. Dr. Moncef Slaoui told NPR that it was “extremely unlikely” that a vaccine could be ready before the election.

Speaking after being briefed by scientists Wednesday, Biden cast doubt on Trump’s truthfulness regarding development of a vaccine. “I trust vaccines. I trust scientists. But I don’t trust Donald Trump,” Biden said. He added that if a vaccine met certain criteria, he would urge people to take it.

Last week, nine drugmakers signed a pledge that they will not submit vaccine candidates for FDA review until their safety and efficacy are shown in large clinical trials. (Here’s more on how you can tell if a vaccine is working in these types of studies.) 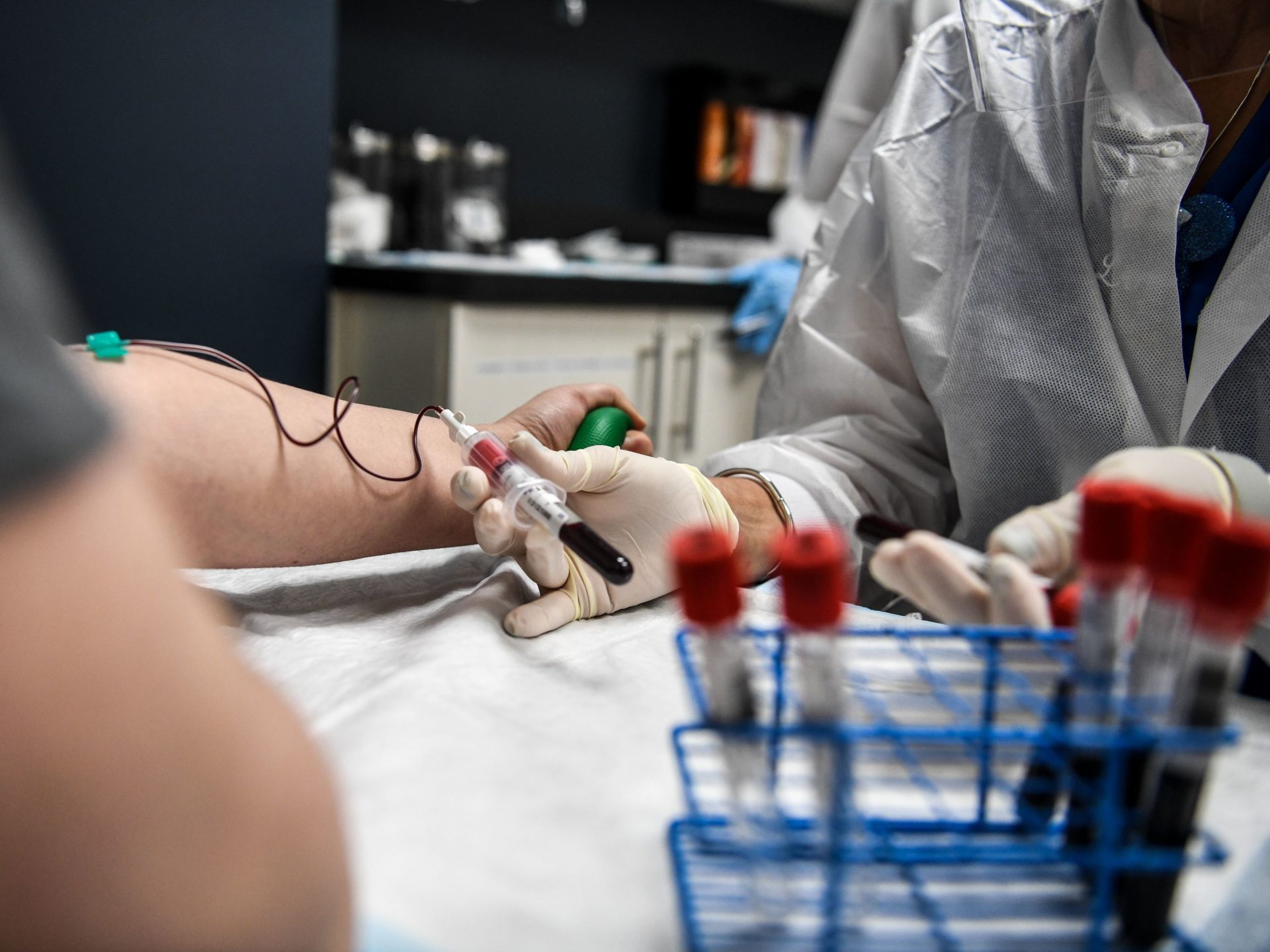 Laymis Alvarez (R) takes blood samples from Heather Lieberman, 28, as she participates in a COVID-19 vaccine study at the Research Centers of America (RCA) in Hollywood, Florida, on August 13, 2020. – So-called phase three vaccine clinical trials, in which thousands of people take part in the final stages, are gaining traction in Florida. With more than half a million cases and over 9,000 deaths, Florida ranks second in the US in total cases behind California, making it an ideal place to carry out the trials. That has led to a flurry of activity at the RCA, a private center carrying out clinical trials in Hollywood, 25 miles (40kms) north of Miami. (Photo by CHANDAN KHANNA / AFP) (Photo by CHANDAN KHANNA/AFP via Getty Images)

Redfield, the CDC director, also defended the integrity of scientists at the agency during the hearing after accusations by a leading HHS official that there was a “resistance unit” of scientists and they were guilty of “sedition.”

Redfield said that “not only is it not true, it deeply saddened me when I read those comments.”

“CDC is made up of thousands of dedicated men and women, highly competent; it is the premier public health agency in the world,” he added.

The top spokesman for HHS, Michael Caputo, who is now on leave, alleged in a Facebook Live broadcast this week that government scientists were working to undermine the Trump administration.

Redfield also denied that a key HHS report, the Morbidity and Mortality Weekly Report, had been altered or amended to cast the Trump administration in a more favorable light.

“The scientific integrity of the MMWR has not been compromised; it will not be compromised on my watch,” Redfield vowed.

Politico first reported, and NPR later confirmed, that Caputo and his scientific adviser, Paul Alexander, sought to review the reports before publication.

HHS announced Wednesday that Caputo would be taking a 60-day leave of absence to “focus on his health and the well-being of his family” and that Alexander will be leaving the department.

In her opening remarks, Sen. Patty Murray, D-Wash., the top Democrat on the panel, blasted Trump, referring to reporting in Bob Woodward’s new book about what the president knew about the virus versus what he said publicly.

“I was deeply angered last week to hear President Trump admitting that even though he understood COVID-19 was even more deadly than your strenuous flu, that’s a quote, he was intentionally playing down the crisis,” she said.