Kathy Lihue and Mike Green sit in a Lowe's home improvement store as they shop for outdoor furniture, Sunday, March 22, 2020, in the Canoga Park section of Los Angeles.

People are spending more on furniture, clothes, restaurants and bars

After a near-collapse in the spring because of the coronavirus pandemic, spending at stores and eateries has been above last year's levels since June.

Still, retail sales continued to grow, now for the fourth month in a row as people spent more at restaurants and bars and bought more furniture, electronics, cars and clothes. And for the first time in months, online stores saw no growth.

After a near-collapse in the spring because of the coronavirus pandemic, spending at stores and eateries has been above last year’s levels since June. August sales were 2.6% compared to a year earlier, the Commerce Department said Wednesday.

Retailers had braced for the moment when the boosted unemployment checks would stop arriving after July. That money was seen as a major force behind the summer’s big upswing in retail spending, which includes gasoline, cars, food and drink. More than 29 million people still collect unemployment benefits, and job growth has slowed steadily since early summer.

Also back-to-school spending — typically the second-biggest shopping period after the winter holidays — got off to a slow start. Families spent more on electronics and office furniture, but skipped their usual sprees on backpacks and school supplies as many students returned to class virtually. 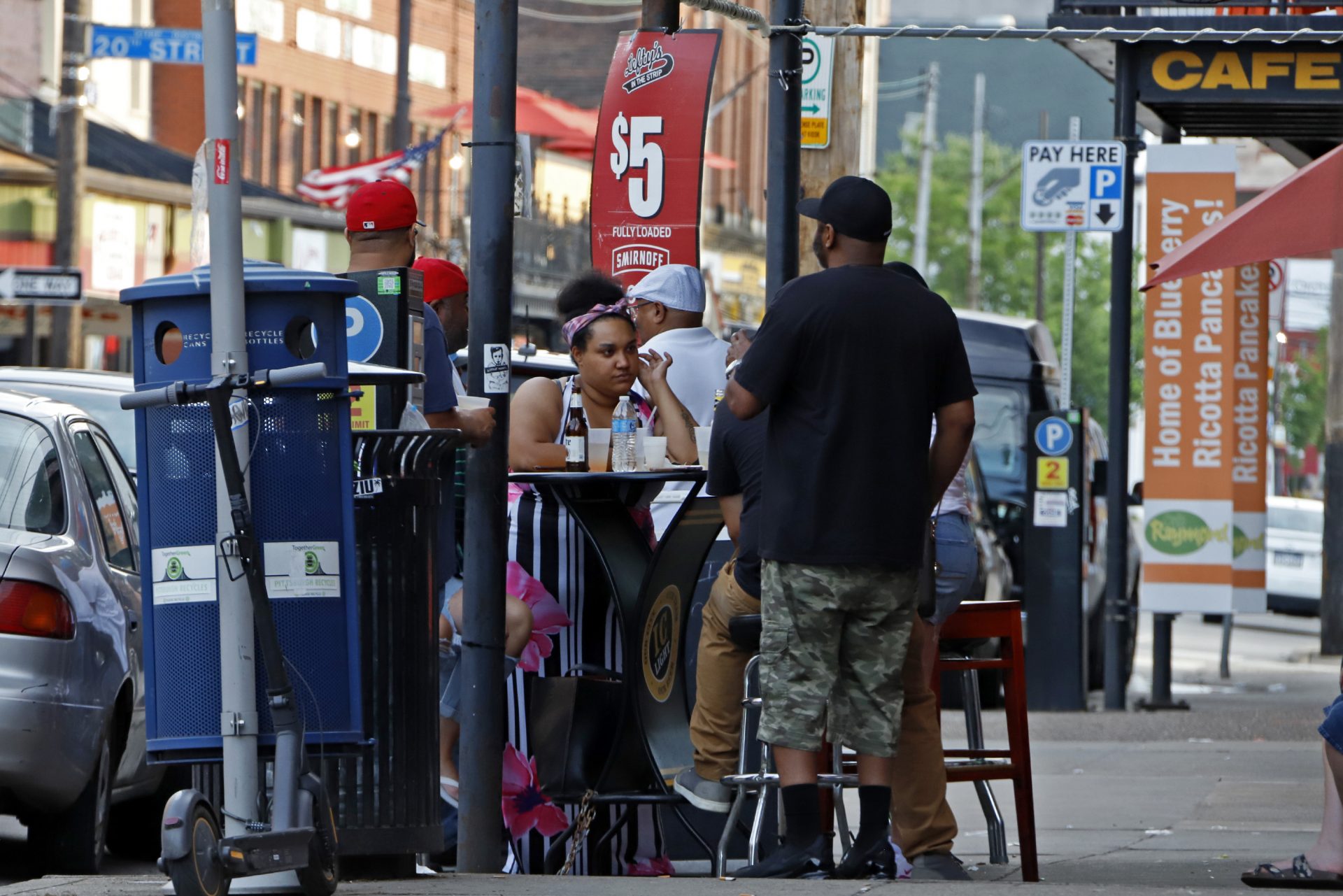 People gather at tables outside Lefty’s bar in the Strip District of downtown Pittsburgh Sunday, June 28, 2020.

Here’s where people were spending in August, compared with a month earlier:

Online shopping has been going gangbusters, but that growth appears to be moderating. In August, 27% of shoppers said they felt more comfortable shopping in physical stores than they did in July, according to a recent survey by Adobe Digital Insights.

“While online shopping continues to dominate, we’re now seeing a slowdown in growth as more people return to shopping in brick-and-mortar stores and consumers curb their online spending across certain categories, like apparel,” the group’s Vivek Pandya wrote.