Wolf hits back after judge rules against virus restrictions

In unusually sharp language, the Democratic governor accused Trump and Republicans who control the Legislature of promoting conspiracy theories and spreading misinformation about the virus and the status of the Pennsylvania economy, which he said is reopened despite the mitigation measures he has imposed.

“I believe the vast majority of Pennsylvanians understand what we had to do in the beginning was necessary to buy the time to keep people safe before we got the capacity we needed to address this virus,” Wolf said. “And the vast majority simply don’t buy into the conspiracy theories or fear mongering from the president or from the Harrisburg Republicans about this virus.”

Wolf spoke at a news conference in York one day after U.S. District Judge William Stickman IV in Pittsburgh invalidated key parts of his administration’s early pandemic response, including his orders requiring people to stay at home and shuttering thousands of businesses deemed “non-life-sustaining.”

Wolf had since eased many of the restrictions the plaintiffs objected to in their lawsuit, but Stickman also ruled against the state’s current size limits on indoor and outdoor gatherings, saying they violate citizens’ constitutional right to assemble.

“The liberties protected by the Constitution are not fair-weather freedoms — in place when times are good but able to be case aside in times of trouble,” the judge wrote.

The governor’s lawyers are preparing an appeal. 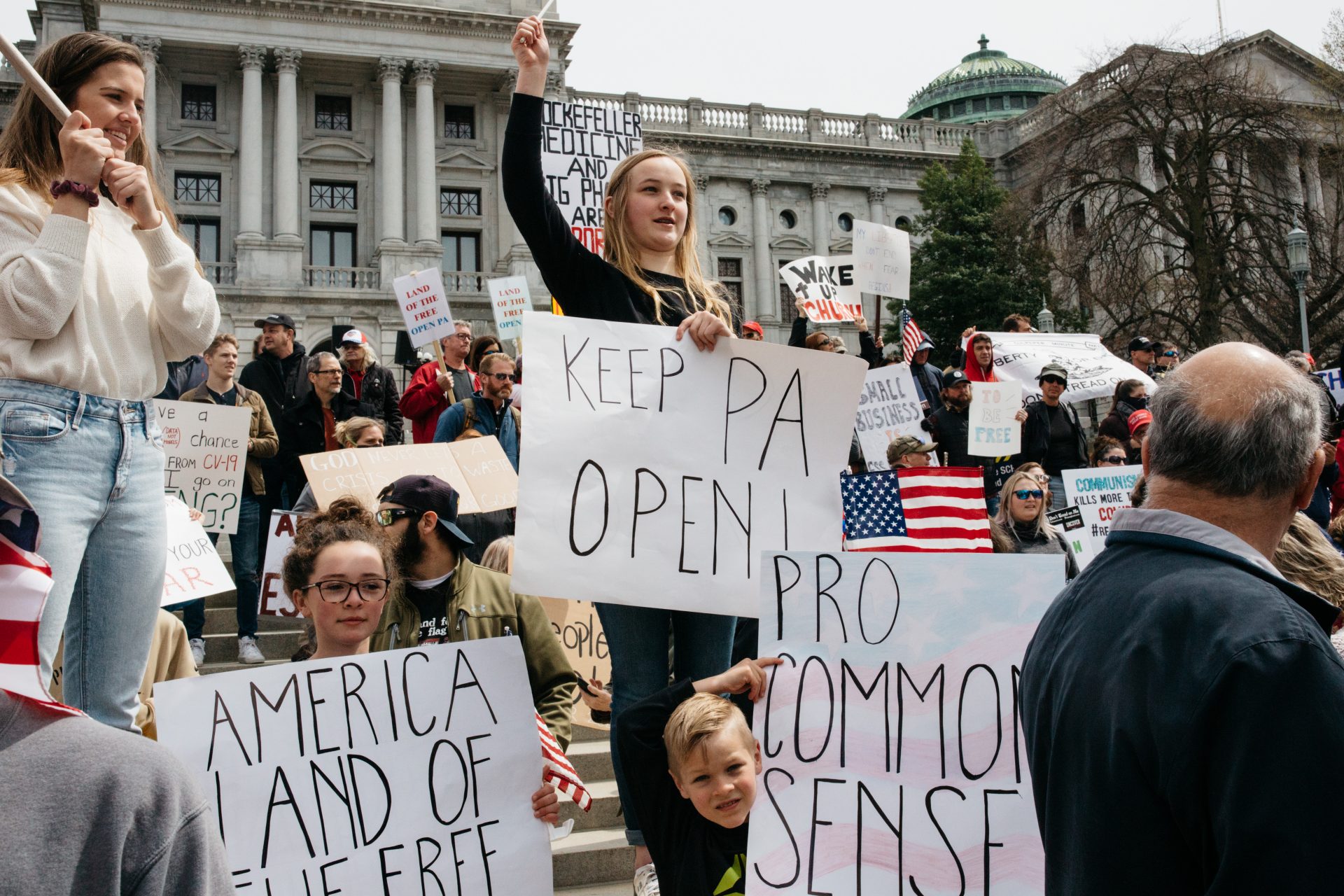 Trump took to Twitter to retweet news stories and commentary about the judge’s ruling, while state House Republican leaders said the decision offered hope to millions of unemployed Pennsylvania residents and “thousands of small business owners that have seen their livelihoods permanently ended” by Wolf’s pandemic restrictions.

On Tuesday, Wolf responded by saying he’d done what was necessary to try to mitigate the health effects of the virus, which has infected more than 146,000 people statewide — including more than 1,150 reported Tuesday. Nearly 7,900 people have died.

“Yesterday, Harrisburg Republicans celebrated while thousands upon thousands in our state continue to suffer and even more worry about what this virus could bring to them and their families this fall. The president could do nothing more than stare at his cellphone and send out tweets, share messages of hate, messages of division, messages of disinformation,” Wolf said. “They’re celebrating a court ruling while refusing to help anybody but themselves. We in Pennsylvania deserve much, much better than that.”

House Majority Leader Kerry Benninghoff, R-Centre, said Wolf has failed to work with legislative leaders in addressing the pandemic threat, opting to go it alone in a way that violated the Constitution.

“I think for the governor to try to spin it and spin away from issues that maybe he doesn’t want to address is inappropriate, and to be attacking my members, I think, is wrong,” Benninghoff told reporters at the Capitol. He added: “At the end of the day, we’re just asking for cooperation to get businesses open where we can, get normalcy back in families.”

Some counties, like Allegheny and Philadelphia, enforce their own pandemic restrictions. Philadelphia City Solicitor Marcel S. Pratt asserted Tuesday the court ruling won’t have much effect on Philadelphia’s restrictions on dining and other public activities.