Biden is outspending Trump on TV, and just Pennsylvania and 5 other states are the focus

More than $700 million has been spent on TV ad bookings so far in 14 key states, with almost 85% of that money going to the big six.

(Washington) — Where the major party presidential campaigns are spending their money on TV advertising can tell you a lot about where they’re focusing their efforts.

And based on that, it’s pretty clear that the race between President Trump and Joe Biden is coming down to just six swing states — Florida, Pennsylvania, North Carolina, Michigan, Wisconsin and Arizona. They are getting the lion’s share of the TV advertising money from the campaigns and outside groups supporting them.

More than $700 million has been spent on TV ad bookings so far in 14 key states, with almost 85% of that money going to the big six, according to data collected by ad-tracking firm Advertising Analytics through Friday, and analyzed by NPR. 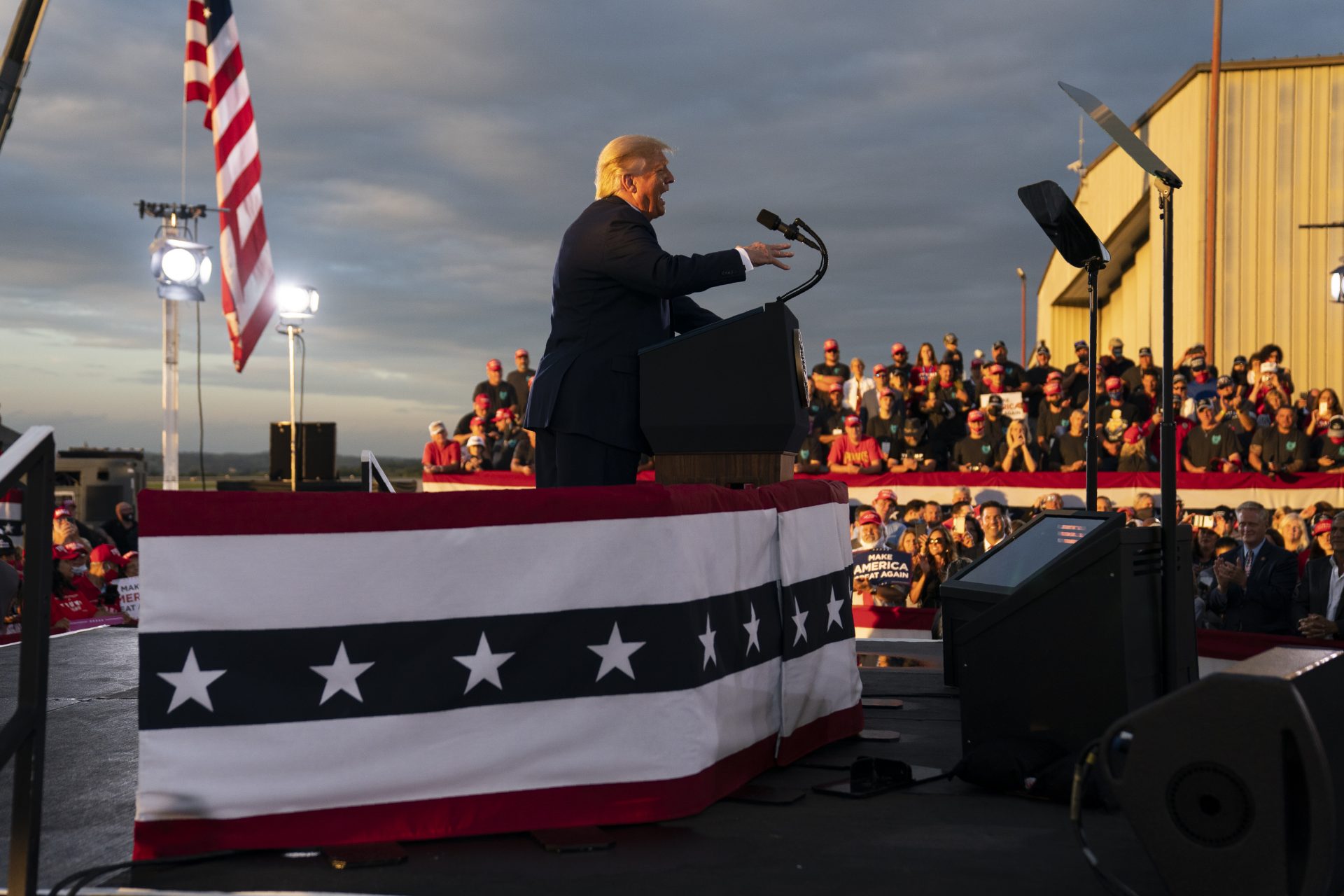 And Democrats have keyed in even more closely on the six states: The Biden campaign and supporting groups have spent almost 90% of their money there, while Trump and Republican organizations have spent 78 cents of every dollar across the six.

Here are nine more takeaways from the figures, which reflect broadcast and cable TV bookings from April through Election Day in November:

1. The Biden campaign and Democratic groups supporting him are outspending Trump and his allies by $40 million since the beginning of the campaign, $379 million to $337 million. (Team Trump often outspends Team Biden on digital advertising.)

3. The highest-spending outside group has been the Trump-aligned America First Action and America First Policies, which have combined to spend $51.7 million. Preserve America PAC has spent $24.2 million.

On the Democratic side, Priorities USA Action is the top spender at $48.4 million so far across the big six states, followed by Future Forward at $39 million and American Bridge at $20.5 million. The attention-grabbing Lincoln Project has spent $8.5 million.

4. Biden and allies are far outspending Republicans in the “Blue Wall” states. Biden and Democrats supporting him can’t be accused this year of ignoring Michigan, Wisconsin and Pennsylvania, the three former “Blue Wall” states that Trump flipped in his favor in 2016. Trump won by fewer than 80,000 votes combined four years ago, and Biden and allies are making a push to take them back, outspending Trump and groups supporting him, $174 million to $103 million. 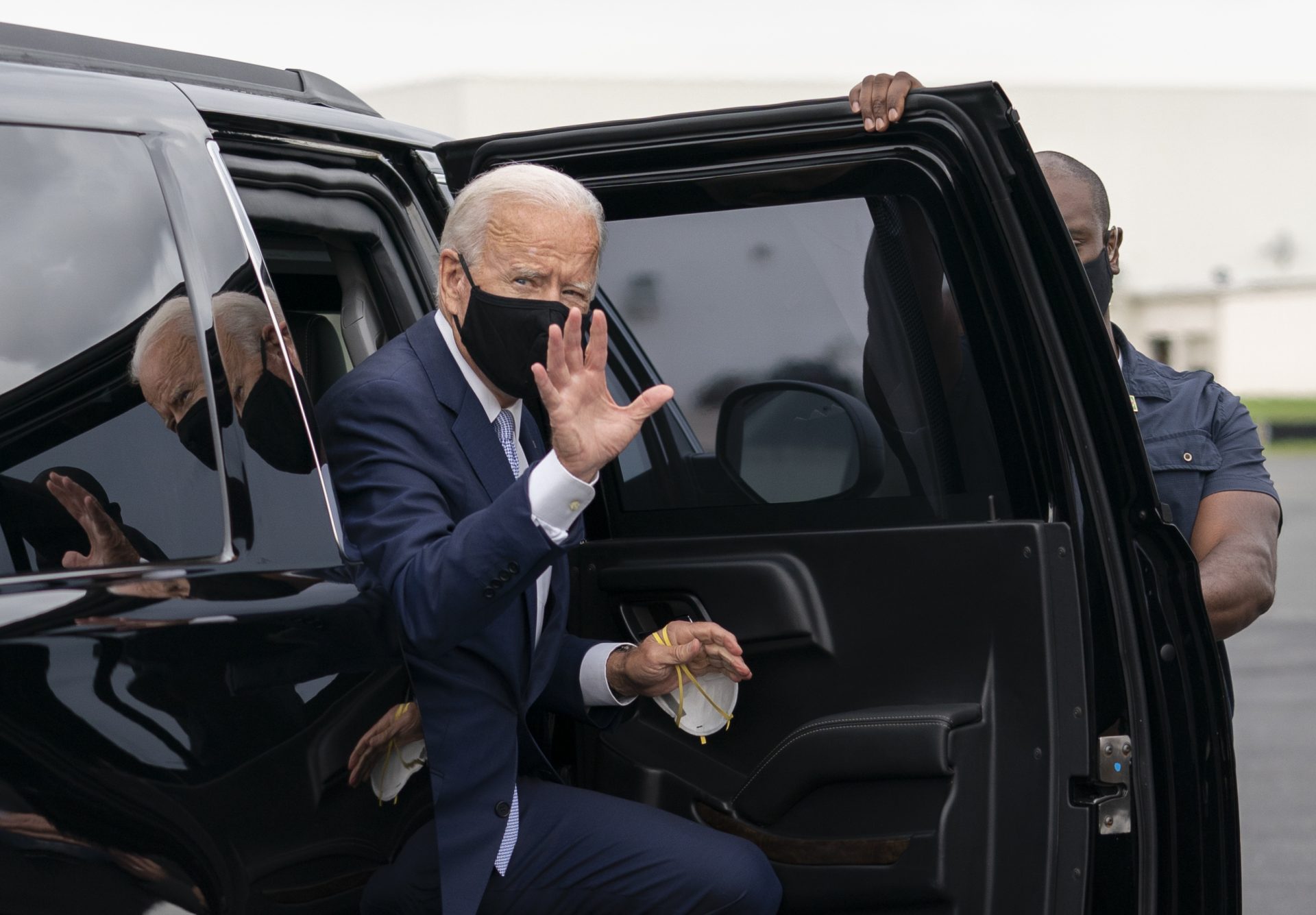 6. But Trump’s trying to expand the map in Minnesota, New Hampshire and Nevada. Trump’s team is outspending Biden in these three states Hillary Clinton won in 2016, by a combined $31 million to $19 million.

7. The Trump campaign has basically written off Colorado to this point. It has spent $0 there, and a super PAC supporting him has spent minimally.

8. When it comes to Georgia, so far it’s all Trump. Georgia has been a toss-up state, with polls showing a statistical dead heat for months. But on the airwaves, it’s been all Trump. His campaign and allies have made it a focus, spending almost $12.8 million through the end of September to almost nothing from Biden and his supporters (about $50,000). But that’s about to change. The Biden campaign has reserved nearly $3.9 million in ads in October and November so far.

9. Democrats appear to be about to test Texas, while Republicans are ignoring it. The Biden campaign has booked $5.2 million in Texas for the month of October so far. The Trump campaign, on the other hand, has spent nothing there. That likely means Republicans think they have enough of a cushion and believe Trump will win there anyway. It can also mean that the campaign is having to ration its resources with money being stretched.

What all of this spending shows is Trump is having to defend a lot of territory, while the Biden campaign has remained focused on the core states they set out to compete heavily in to begin with.

To put that in context, in states Trump won in 2016, the president and groups supporting him have spent $356 million, while Biden has spent just $21 million in states Clinton won.

Here’s a state-by-state breakdown in order of where the campaigns are spending the most. The list is in order of the most spent, and the totals include the outside groups supporting each candidate and/or opposing his opponent:

Can Biden win back support from Catholic Democrats in Pennsylvania?