The 13 defendants range from 16 to 43 years old and live in Lancaster and surrounding communities, as well as in York, Camp Hill and Mercersburg.

(Lancaster) –Thirteen people who are accused of committing crimes while participating in a civil disturbance in Lancaster on Sunday night sat behind bars Tuesday, with bail for seven of them set at $1 million.

The eight for whom charging documents have been made public are accused of being instigators during demonstrations over the fatal police shooting of an armed man. Authorities said the protests degenerated into rioting that damaged Lancaster’s police headquarters and produced an arson fire that blocked a downtown intersection.

Police in Lancaster, a diverse city of nearly 60,000 in the heart of Pennsylvania Amish country, said Tuesday that they arrested five others on similar charges, a group that was awaiting arraignment and to have bail set. The 13 defendants range from 16 to 43 years old and live in Lancaster and surrounding communities, as well as in York, Camp Hill and Mercersburg. 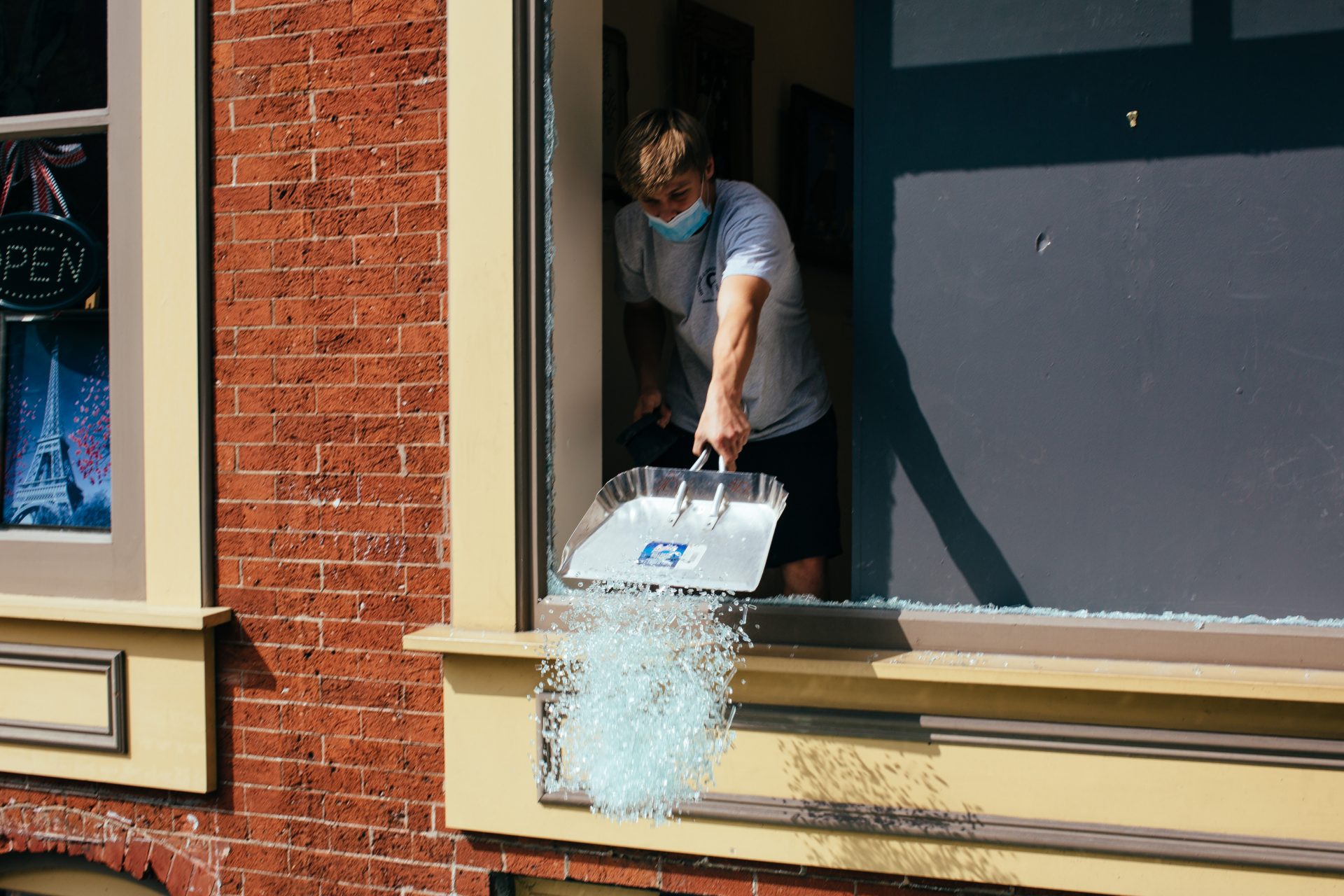 Lancaster City Investment District employees, business owners and residents work to clean and repair the destruction following a night of protests in Lancaster, Pa., on September 14, 2020.

Among the eight for whom charging documents were available, not all face identical charges, accusations that include arson, rioting and institutional vandalism. One has been charged with carrying a concealed weapon without a permit.

The father of Kathryn Patterson, 20, an undergraduate student at Franklin & Marshall College in Lancaster, said she was acting as a medic, as she has at other protests in the recent past.

“Everything that I know so far, which is not a lot, indicates that Kat is not guilty of those charges. But then again, we’ll have to wait and see,” said Chip Patterson, who lives in Mercersburg, about 100 miles west of Lancaster.

He said he has not been able to reach his daughter since her arrest.

“I cannot tell you how long this night has been,” he said Tuesday afternoon. “I think regardless of what these people did or didn’t do, the bail amount is just outrageous and clearly against the Eighth Amendment,” which addresses bail.

The protests concerned the shooting death by police of a Ricardo Munoz, whose sister had called authorities in hopes of having him involuntarily committed for mental health treatment.

Police have made public the officer’s body camera video. It showed Munoz, 27, approaching the officer with the knife in what appeared to be a menacing manner, before the officer, who has not been publicly identified, shot and killed him.

Munoz had been out on bond, awaiting trial for allegations he stabbed four people last year, including a teenage boy who was stabbed in the face.

Who has final say on public art? Debate continues prior to hearing on Pittsburgh's Columbus statue