If the Big Ten can start by late October, an eight-game season and conference championship game in mid-December is still possible.

(Rosemont, Il.) — The Big Ten presidents were presented a comprehensive plan Sunday to conduct a fall football season, but a final decision is still to come.

A person with direct knowledge of the situation told The Associated Press that the full Council of Presidents and Chancellors heard from all the subcommittees of the conference’s Return to Competition Task Force over 2 1/2 hours. The person spoke on condition of anonymity because the Big Ten was not making its return to competition plans public. 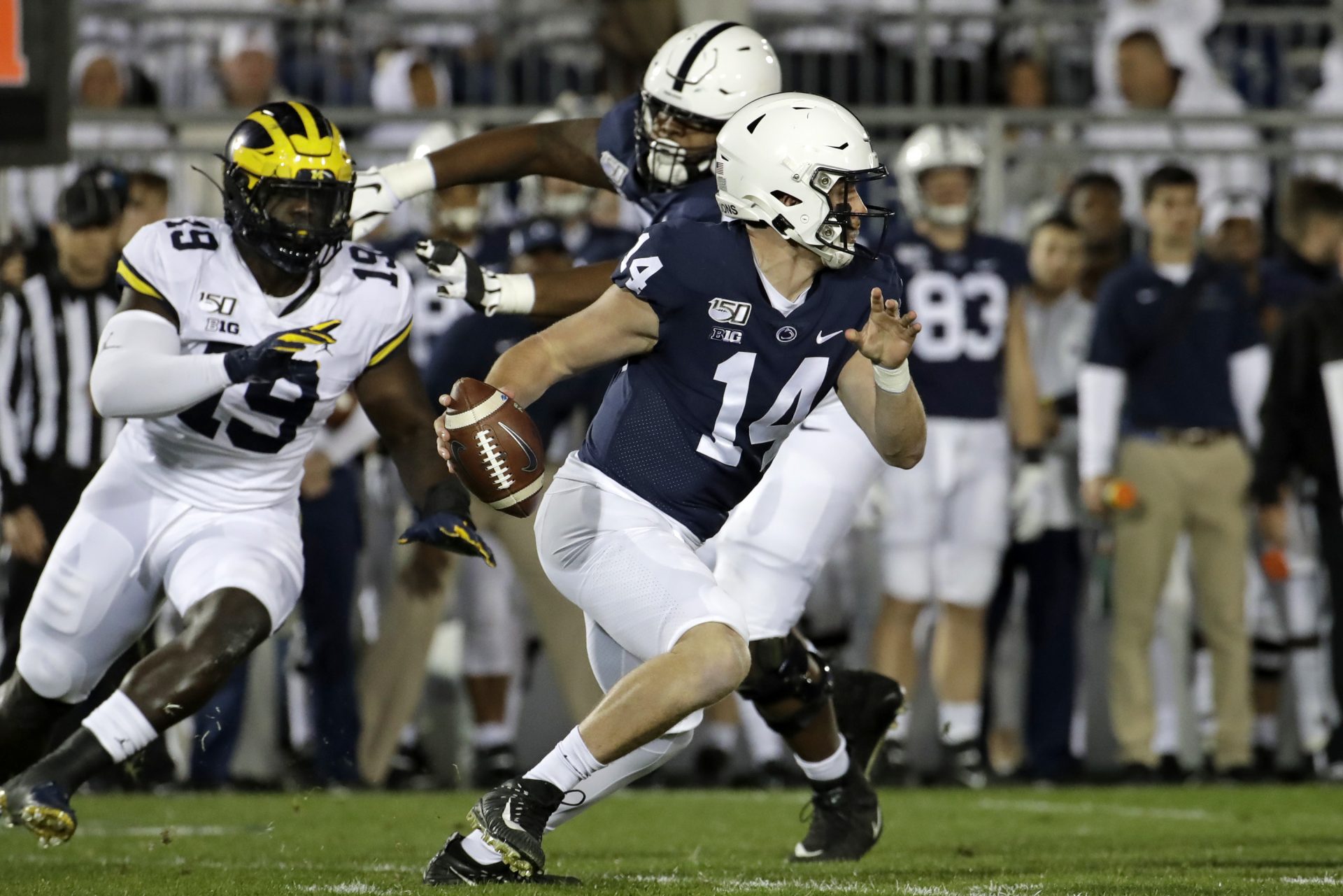 Penn State quarterback Sean Clifford (14) runs for a first down during the first half of the team’s NCAA college football game against Michigan in State College, Pa., Saturday, Oct. 19, 2019.

The person said the meeting broke up without the presidents and chancellors voting and with no set plans for them to reconvene.

Still, if they act quickly Big Ten football could kickoff as soon as the weekend of Oct. 17.

The medical part of the presentation focused on what has changed since the conference postponed its entire fall sports season on Aug. 11 because of COVID-19 concerns and how football could be played safely. The emergence of daily rapid-response COVID-19 testing, not available when university leaders decided to pull the plug on the season looms large.

If the Big Ten can start by late October, an eight-game season and conference championship game in mid-December is still possible. That schedule could set up Big Ten teams to be part of the College Football Playoff.