The DHS official, Brian Murphy, made the accusation in a formal whistleblower complaint filed Tuesday with the inspector general of Homeland Security.

(Washington) — A Department of Homeland Security official said in a whistleblower complaint that the head of DHS told him to stop reporting on the Russian threat to the U.S. election because it “made President Trump look bad.”

The White House and DHS denied the allegations. However, the president’s Democratic critics say the accusations are the latest sign that the Trump administration is attempting to politicize the intelligence community and downplay Russian attempts to interfere in this year’s election, as Moscow did in 2016.

The DHS official, Brian Murphy, made the accusation in a formal whistleblower complaint filed Tuesday with the inspector general of Homeland Security.

Murphy ran the Office of Intelligence and Analysis at DHS until the end of July, when he was demoted to a lesser management job.

Murphy now says the acting secretary of DHS, Chad Wolf, told him twice — once in May and again in July — to withhold reporting on potential Russian threats to the election because it cast the president in a bad light. Murphy says he was also told emphasize potential threats from China and Iran.

“We flatly deny that there is any truth to the merits of Mr. Murphy’s claim,” said DHS spokesperson Alexei Woltornist. The Homeland Security chief “is focused on thwarting election interference from any foreign powers and attacks from any extremist group.”

The White House said that O’Brien “has never sought to dictate the intelligence community’s focus on threats to the integrity of our elections or on any other topic.” 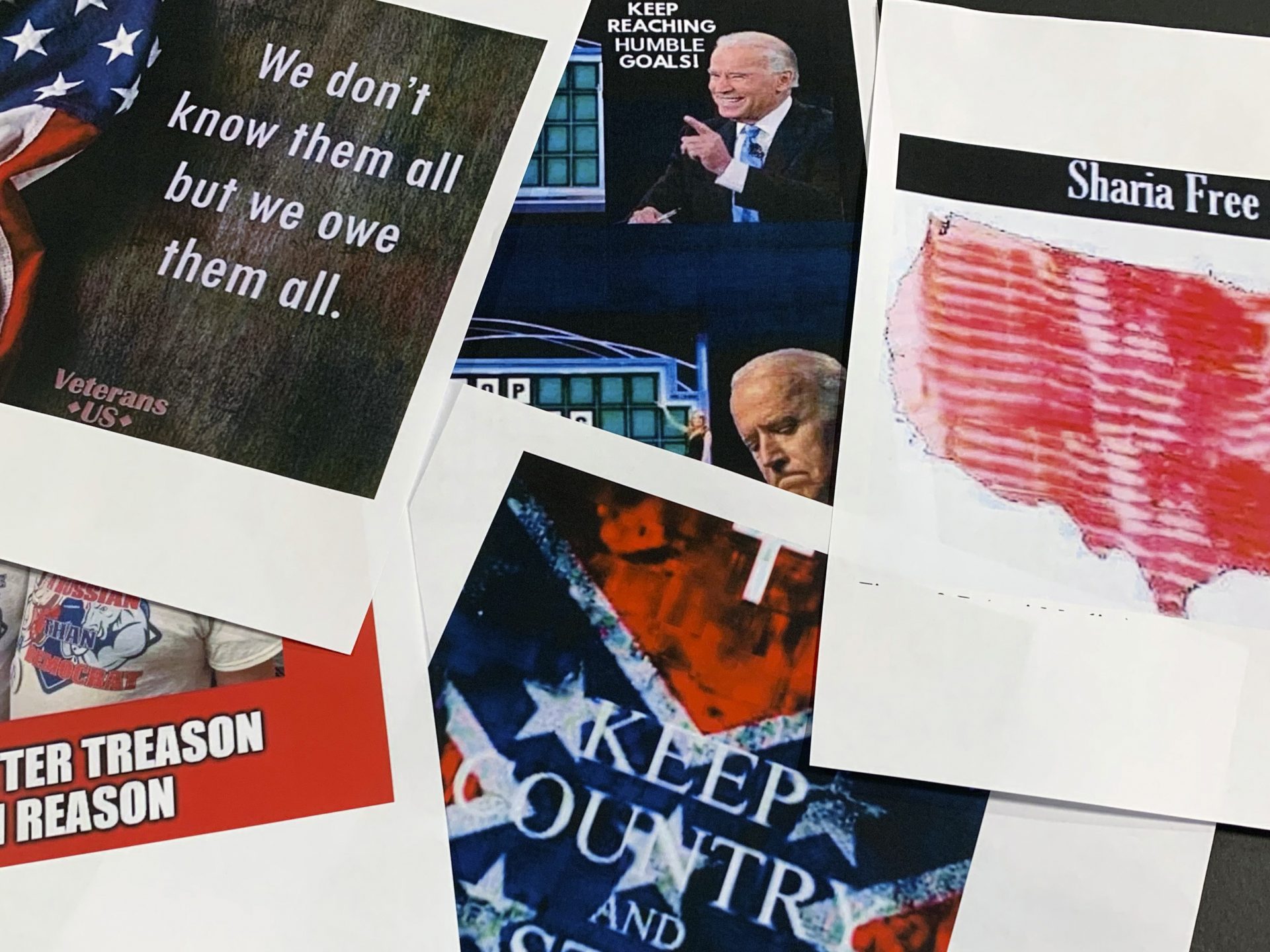 This March 4, 2020, image shows a collection of Instagram posts, which Facebook, the owner of Instagram, yanked off the site in October after concluding that they originated from Russia and had links to the Internet Research Agency, a Russian operation that targeted U.S. audiences in 2016. Social media accounts linked to Russia have begun to disrupt this year’s U.S. presidential race and it’s become harder to detect the posts on platforms like Instagram, according to a new report from University of Wisconsin-Madison professor Young Mie Kim released Thursday, March 5. (AP Photo/Jon Elswick)

In the 22-page complaint, Murphy says there were multiple meetings this summer about downplaying the domestic threat posed by white supremacists, and focusing more on militant leftist movements like Antifa.

According to the document, Wolf and his deputy, Ken Cuccinelli, told Murphy to “modify intelligence assessments to ensure they matched up with the public comments by President Trump.”

Murphy says he declined to do so. In a statement, Murphy’s lawyer Mark Zaid said his client “followed proper lawful whistleblower rules in reporting serious allegations of misconduct against DHS leadership.”

Trump has repeatedly challenged U.S. intelligence conclusions that Russia interfered on his behalf in the 2016 election.

The intelligence community said in a formal statement last month, and in multiple briefings with journalists, that Russia is again trying to influence the election, and favors Trump’s re-election.

The intelligence community also cites China and Iran, but considers them much lesser threats.

He said Murphy has been called to testify before the committee on Sept. 21.

Under different circumstances, Murphy came under public criticism back in July.

The Washington Post reported that Murphy’s office at DHS was compiling “intelligence reports” on journalists covering the protests in Portland, Ore., and what they were saying on social media.

At the end of July, Murphy was removed from his intelligence post and demoted. At that time, there was no indication that any of those developments were related to the accusations Murphy is making now.