Activist Jamaal Henderson speaks on behalf of residents of a homeless encampment on the Ben Franklin Parkway, who have been told by the city to vacate.

(Philadelphia) — Another deadline to evict the 100-some people living in tents along the Benjamin Franklin Parkway and the Philadelphia Housing Authority’s Ridge Avenue headquarters came and went with protesters successfully pushing off Mayor Jim Kenney’s plan to clear the public land.

For weeks, the Kenney administration has hoped the residents and their supporters would “decamp voluntarily,” but as the city’s 9 a.m. deadline to leave came and went Wednesday, people living along the Parkway held their ground with activists backing them up with protest anthems and chants.

City cancelled their press conference but encampment leaders are having their own. They argue the city is not doing enough and they won’t go away. Parkway traffic is blocked. Police cars are around but no officers close by. pic.twitter.com/W0XSTZgBsc

Encampment residents like Manuel Rodriguez — WHYY agreed to use his pseudonym — have lived in the homeless encampments since June, when they cropped up as a protest against a lack of affordable housing in the city.

For Rodriguez, the tent community has been a “blessing” compared to the bridge he used to live under.

Encampment at Ridge Ave and Jefferson st has not been cleared out either. Leader Jennifer Bennetch said the city and clergy came in with no new offers, and so they are planning to stay. Streets are blocked and police cars and sanitation crews parked afar. pic.twitter.com/2DAwDrcCXN

The community was also taking the risk of coronavirus spread very seriously, said Rodriguez, offering residents hand sanitizer and space to wash their hands.But neighbors living around the three encampments by the Parkway, Art Museum and Ridge Avenue near the Philadelphia Housing Authority headquarters, argue the tent communities have created public health concerns, attracting drug use and piles of trash.

Residents around the Ridge Avenue encampment, which is on land slated for a Save-A-Lot supermarket, say the tents are delaying the needed development.

But as the morning dragged on Wednesday, it was unclear how the city plans to move forward with plans to clear the sites and relocate residents. Officials planned a press conference this morning at the Parkway encampment but canceled out of concern for public safety.

This is the third attempt the city has made to remove residents like Rodriguez.

Sanitation crew parked and ready at the Ben Franklin Parkway. People living at encampment feeling nervous but thinking it may not happen. Encampment has not been cleaned yet, city has not pushed in. Going to Ridge ave encampment now to see what’s happening there. pic.twitter.com/J53VQzzvwf

Despite the presence of police and sanitation trucks, Rodriguez’s hunch was right. No one tried to remove him Wednesday.

For its part, the city has offered encampment resident housing at shelters, hotel rooms it rented for COVID-19 prevention, and residential treatment centers. More than 100 people from the encampments have taken the offers, but the 100 residents that remain, like Jennifer Bennetch, say the options are not acceptable. 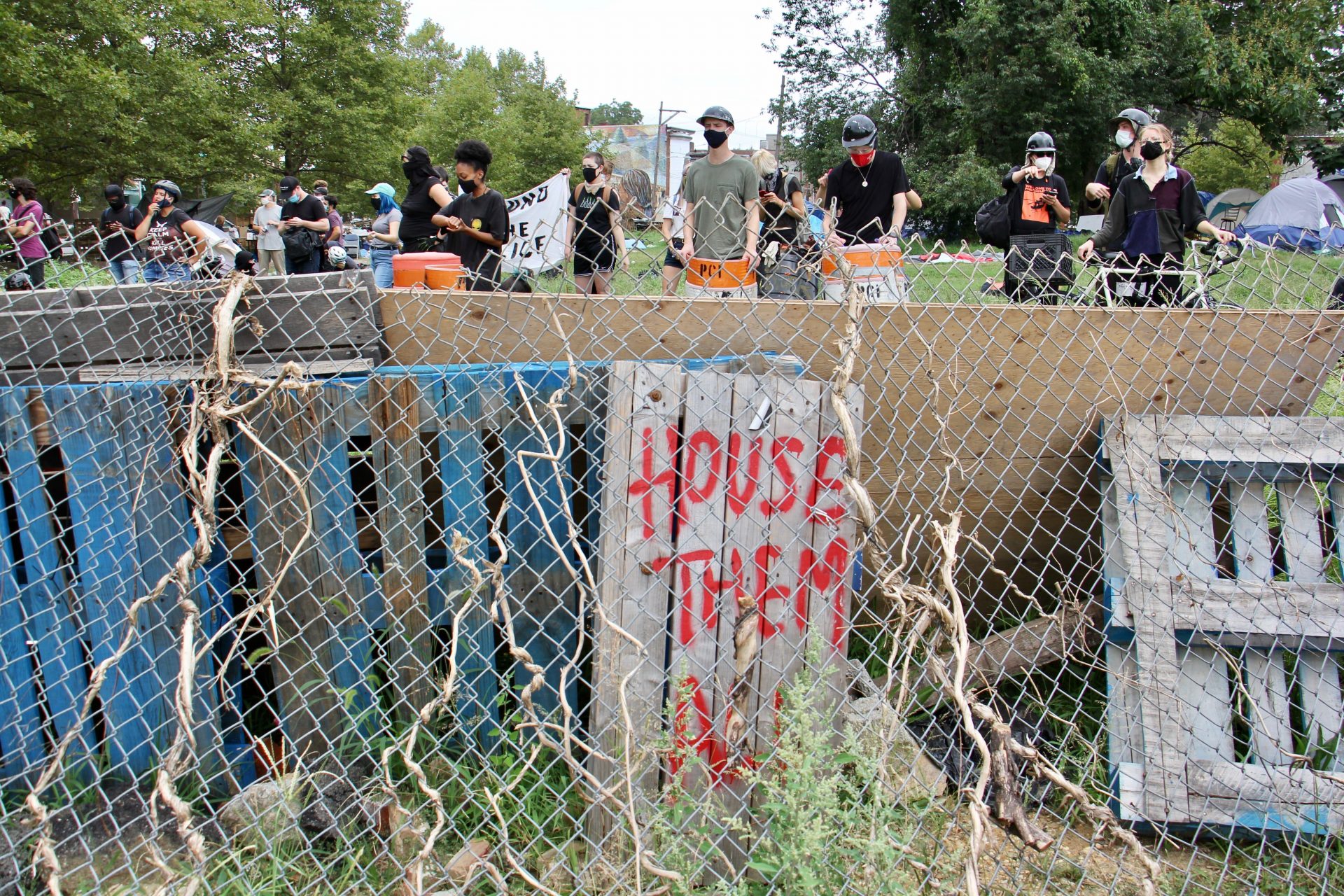 Bennetch said her group received a visit from police and clergy in the early morning. But she said nothing came of it.

“Some residents and myself asked them what do they have to offer that’s new?” she said. “If they really cared or were concerned then they should pressure the city to do the right thing and provide actions instead of hoping people just disappear into the nothingness.”

City Councilmembers Jamie Gauthier and Kendra Brooks have negotiated with organizers and city officials in hopes of encouraging a peaceful resolution of the conflict. In a statement issued Tuesday, they expressed optimism about a few of the affordable housing promises that have come out of the negotiations and said they plan to hold the Kenney administration accountable for enacting them.

“While organizers’ demands were not fully met, these conversations nonetheless led to some significant commitments on the part of the City in addressing the affordable housing crisis. Initiatives such as creating a Community Land Trust, spearheading a tiny house development for low-income residents, and expanding options for the City’s Rapid Rehousing Program were direct responses to the work of the organizers and the needs of the encampment residents. We plan to hold the City to these commitments and collaborate with encampment organizers to ensure these initiatives reach those most in need,” Gauthier and Brooks said.

As to what happens if the city tries to evict people Wednesday, Bennetch said she’s not backing down without a fight.

“I’m not going to attack or advance at anybody, but I’m also not going to just get out there and just walk away,” she said.