While workers live by an “American code," Biden said Trump “lives by a code of lies, greed and selfishness." 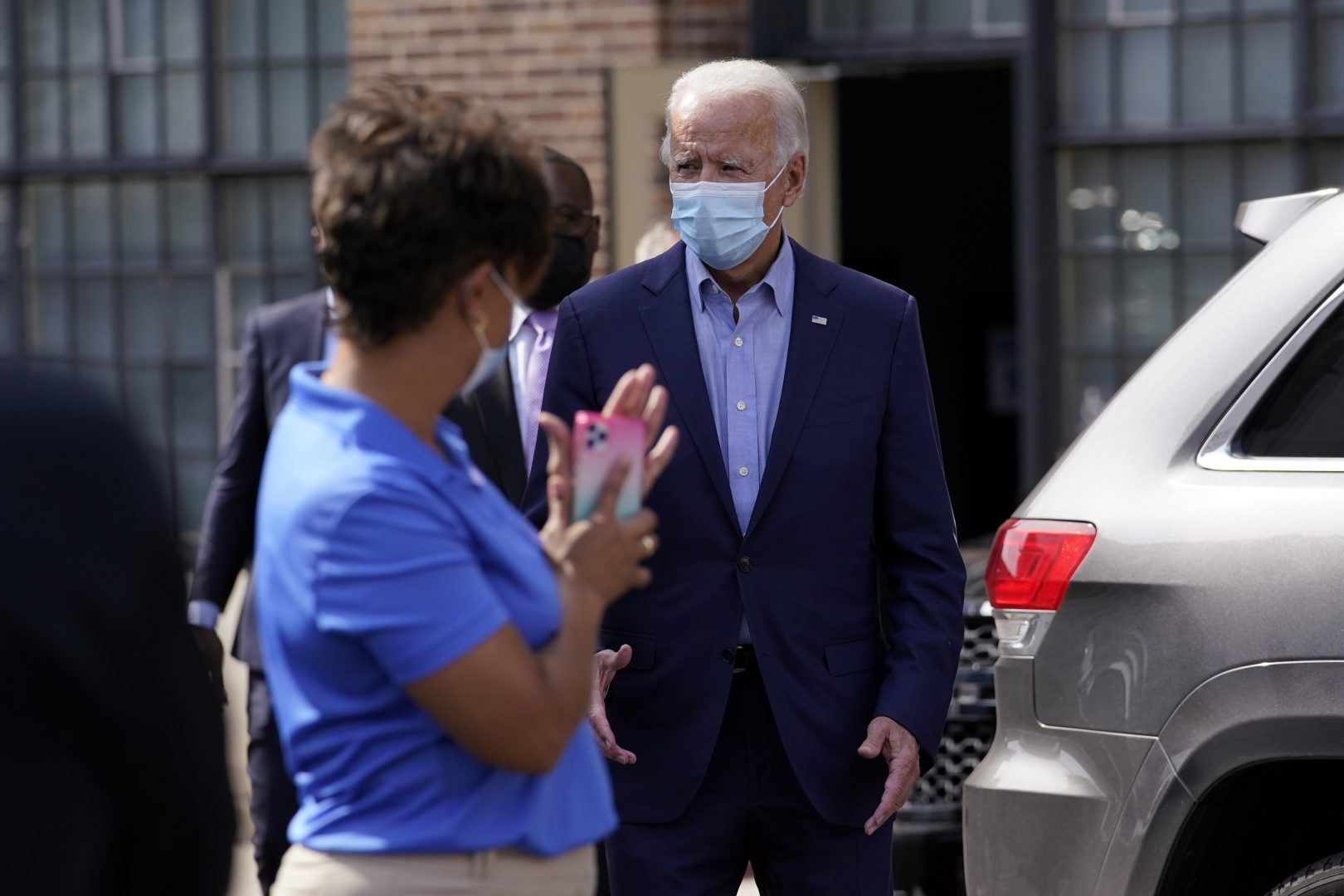 While workers live by an “American code,” Biden said Trump “lives by a code of lies, greed and selfishness” as he met with labor leaders in Harrisburg, in the key swing state of Pennsylvania. Trump, meanwhile, tried to put the halting economic recovery under the best light in a White House press conference where he said Biden and his running mate, Sen. Kamala Harris, would “destroy this country and would destroy this economy.”

Labor Day typically marks the unofficial start to the fall campaign season as candidates accelerate their activity for the final sprint to Election Day. Both campaigns reflected that urgency Monday, as Harris and Vice President Mike Pence each campaigned in Wisconsin, a state Trump narrowly won in 2016. The events played out against the background of the pandemic, which has upended campaigning and pushed Biden and Harris in particular to conduct much of the traditional election activity online. 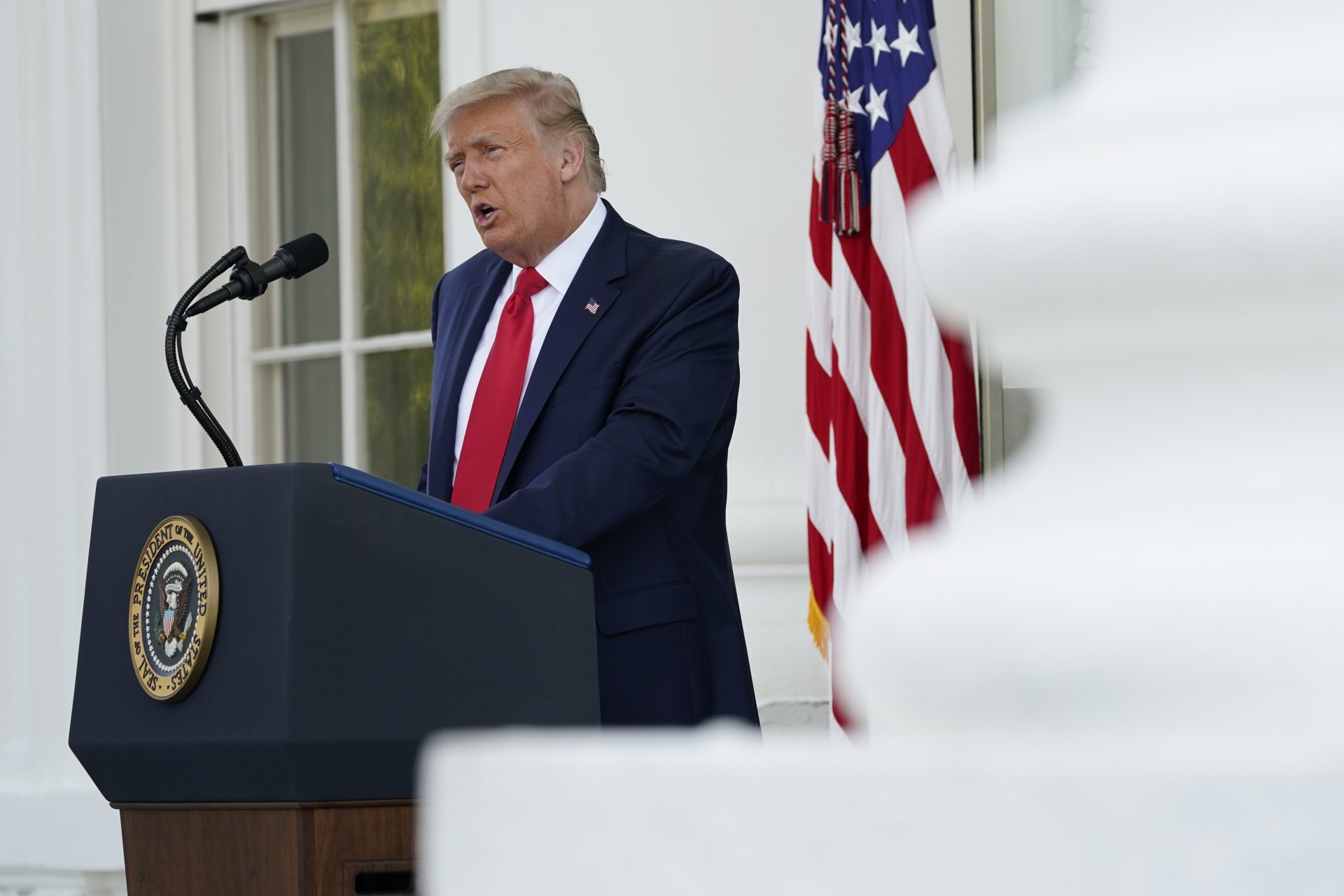 President Donald Trump speaks during a news conference on the North Portico of the White House, Monday, Sept. 7, 2020, in Washington.

While the health of the American economy and status of workers were dominant Labor Day themes, both campaigns also focused on recent protests that have roiled Wisconsin and the rest of the nation after police shot Jacob Blake, a Black man, in Kenosha last month.

Harris, the first Black woman on a major party presidential ticket, met privately with Blake’s family at the Milwaukee airport after arriving in the state, where she spoke with Blake by phone from his hospital bed. Harris told Blake she was proud of him and individually spoke to each of his family members, in person and on the phone, urging them to take care of their physical and mental health, Blake’s lawyers said in a statement.

Biden met with Blake’s family during a visit to Wisconsin last week. Trump did not during a trip of his own last week, instead meeting with law enforcement and business owners whose property had been damaged during protests. Nor did Pence, who touched on the protests during a speech in La Crosse, where he toured an energy facility.

“We will have law and order in every city in this country for every American of every race and creed,” Pence said.

Out on the trail, signs of the pandemic were evident. While Pence didn’t speak with a mask on, workers from the power company he toured did as they stood behind him. Harris was careful not to stray far from blue “X” marks taped on the floor to encourage social distancing as she toured an International Brotherhood of Electrical Workers training facility. While supporters gathered outside the candidates’ stops, they had minimal interaction with members of the public beyond the people invited to their events.

After meeting with Black business owners, Harris greeted a crowd of about 50 supporters outside as she left, removing her mask briefly while telling them, “We have to get this done, I need your help in Milwaukee.” She noted in-person absentee voting begins in the state on Oct. 20, which is her birthday.

Harris also met with Black business owners in Milwaukee, where she said her day of campaigning was focused on “the dignity of work and the dignity of human beings.”

Biden spoke to a small group of labor leaders in a backyard in Lancaster, where he criticized Trump for “refusing to deal with the problems that affect ordinary people” and called for strengthening unions. His campaign announced endorsements from the Laborers’ International Union of North America, the International Union of Elevator Constructors and the National Federation of Federal Employees, collectively representing hundreds of thousands of union workers nationwide. 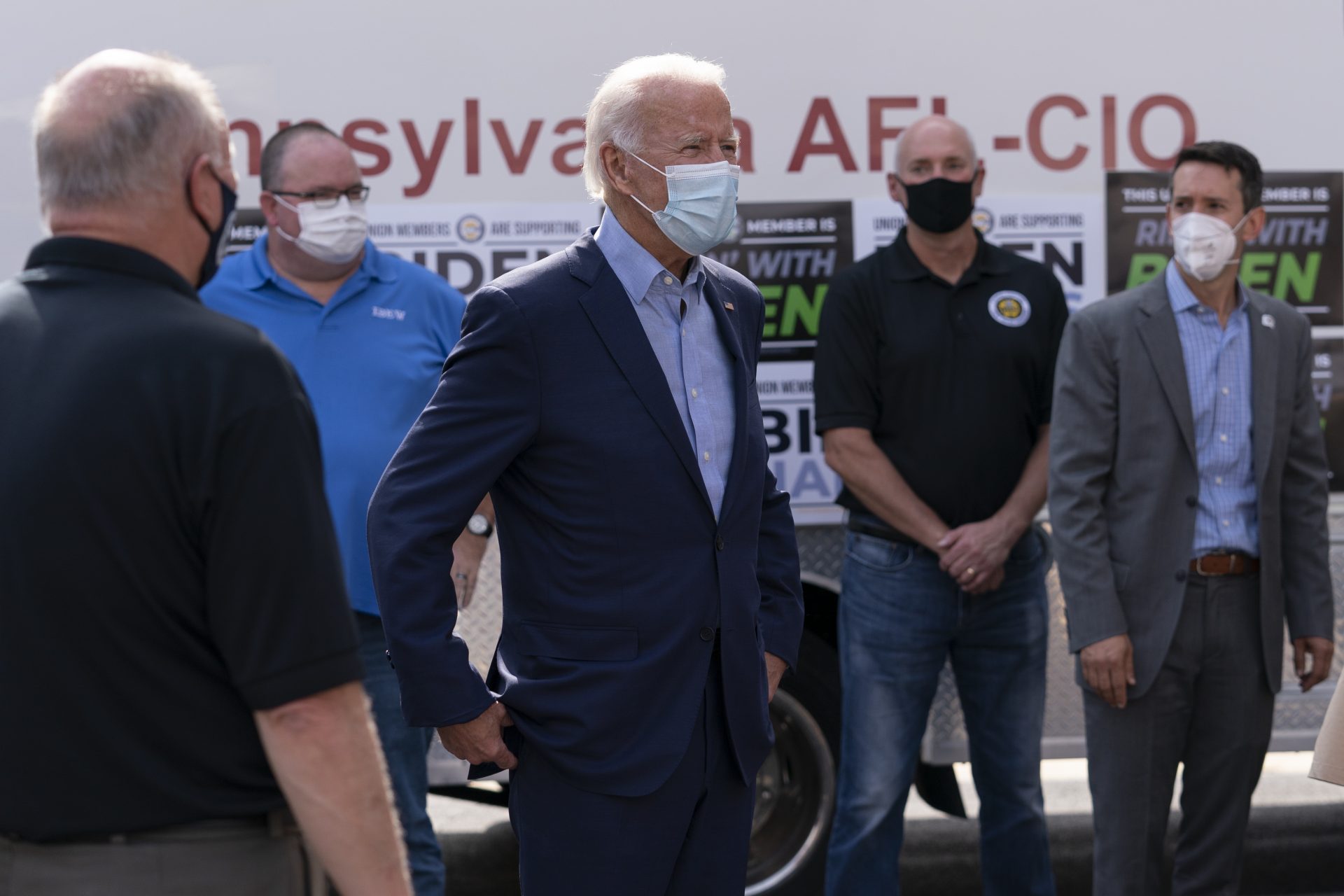 Earlier in the day, Trump painted Biden as a leader incapable of handling the coronavirus and reviving the economy and pledged his own “undying loyalty to the American worker.”

He boasted of adding more than 10 million jobs since May, without mentioning that’s only about half of the jobs lost since the pandemic began. He also said the unemployment rate “plunged” to 8.4%. It was a sharper decline than many economists expected from the prior month, but economists broadly view the latest report as evidence that further economic improvement will be sluggish.

He alleged Biden and Democrats would “immediately collapse the economy.”

The day marked Harris’ first solo foray onto the campaign trail for in-person events since she became Biden’s running mate nearly a month ago. Biden himself has stepped up his campaigning over the past week, traveling to Pittsburgh and Kenosha and holding two news conferences. Aides say to expect both Biden and Harris to increase their campaigning for the remaining weeks.

Polls consistently show the economy as an issue at the top of voters’ minds.

A strong economy that was Trump’s biggest asset for reelection has now become a potential liability, brought down by the coronavirus. Biden says Trump has had an inadequate response to the pandemic, resulting in more loss of life and jobs than necessary.

The U.S. economy has been steadily rebounding from its epic collapse in the spring as many businesses have reopened and rehired some laid-off employees. Yet the recovery is far from complete. Only about half the 22 million jobs that vanished in the pandemic have been recovered.

Economic inequalities also appear to have widened, with lower-income and minority workers suffering disproportionately while affluent Americans have lost fewer jobs and even benefited from rising stock and home prices.

In battleground states like Pennsylvania, absentee ballot rejections could triple