Gettysburg College has ordered all of its students to remain at their residences and moved all classes online in measures that began Tuesday. 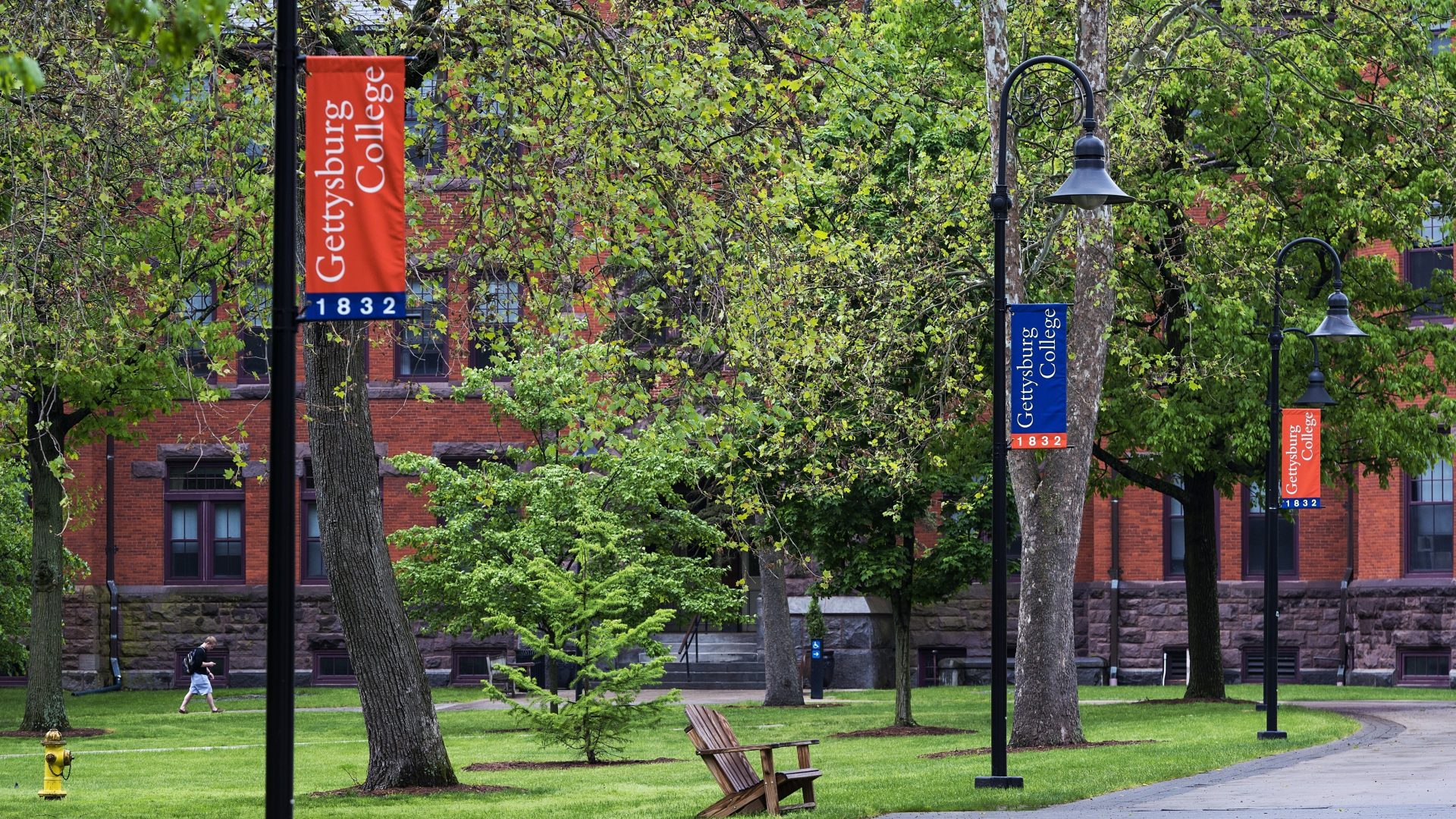 Gettysburg College has ordered all of its students to remain at their residences and moved all classes online in measures that began Tuesday.

After a steady rise in coronavirus cases, Gettysburg College in Pennsylvania has restricted students to their dormitories and moved all classes online in a sweeping quarantine that began Tuesday and will last at least through the end of the week.

Gettysburg, which has more than 2,000 students enrolled, is believed to be the first U.S. college to enact such a measure.

Under the current restrictions, students at the private, liberal arts school can leave their residences only to pick up food from designated college dining facilities, use the bathroom, go to a scheduled appointment for COVID-19 testing or talk to a counselor.

Students aren’t allowed to leave their rooms for things like doing laundry, exercising or taking out the trash. However, students with off-campus jobs are still able to go to those jobs, according to Gettysburg’s website.

All classes and labs are being taught remotely, and any students who don’t comply with the restrictions will be sent home.

The school has not yet responded to an inquiry from NPR about when the restrictions might be lifted and how many students might have violated the lockdown since it began earlier this week.

On Twitter, Gettysburg student Charlie Norelli wrote that it was unclear whether students would all be sent home eventually.

Currently we’re locking down (however students can fill out a special release form to return home during the full quarantine). As far as whether we’ll eventually be sent home is a mystery to the students and the staff I’ve talked to as of late

The move comes after a marked rise in positive cases since classes began two weeks ago, school officials announced. Gettysburg’s dean of students, Julie Ramsey, said the college is at an “inflection point,” with a trend of positive cases “connected to certain affinity groups or social gatherings.”

At least two Greek organizations have been suspended as a result of social gatherings without masks and physical distancing, school officials noted during a town hall meeting on Sunday.

The school newspaper, The Gettysburgian, noted that a sorority and fraternity violated the COVID-19 restrictions during the recruitment period when Greek organizations seek new members.

School officials at the town hall meeting also noted that clusters of infections were emerging at residential facilities, such as the Gettysburg Hotel.

According to the latest figures made public by the school, of the 347 students tested over a two-day period, 24 were positive for the coronavirus — a positive rate of nearly 7%. The total number of positive cases for Adams County, where the school is located, is 679 as of noon Friday.

Before the quarantine began, students expressed frustration at the school’s response to the crisis during protests and student government meetings.

Some were disappointed that the administration has not been more direct at naming or disciplining groups that have not adhered to mask or social distancing guidelines.

“The college has canceled so many other activities in response to [COVID-19], and allowing recruitment to occur despite Greek life’s role as a ‘super spreader’ has sent a message to the student body insinuating that these groups are more valuable than others,” Marisa Balanda, a fourth-year student, told The Gettysburgian.

Others expressed frustration with what they perceive as inaction by the school’s Department of Public Safety.

“I’ve seen DPS pass by parties and big groups of people and not do anything,” first-year student Jersia Pimente told The Gettysburgian.

Across the U.S., college and universities have been grappling with how to manage spikes in coronavirus cases as the fall semester resumes, in some cases shifting to online learning or implementing lockdowns, even after mandatory testing.

In Kansas, local health officials reportedly ordered an all-student quarantine at Benedictine College, a small, Catholic, liberal arts school. But school officials pushed back on the order, which was originally set to begin Thursday night, and are still discussing how to proceed amid a rise in coronavirus cases.