Harriett's Bookshop opened up on Girard Avenue in Fishtown in January 2020.

Courtesy of Jeannine A. Cook

"As much as attention has been given to the professional athletes, it’s those mom-and-pop merchants that are impacted daily" 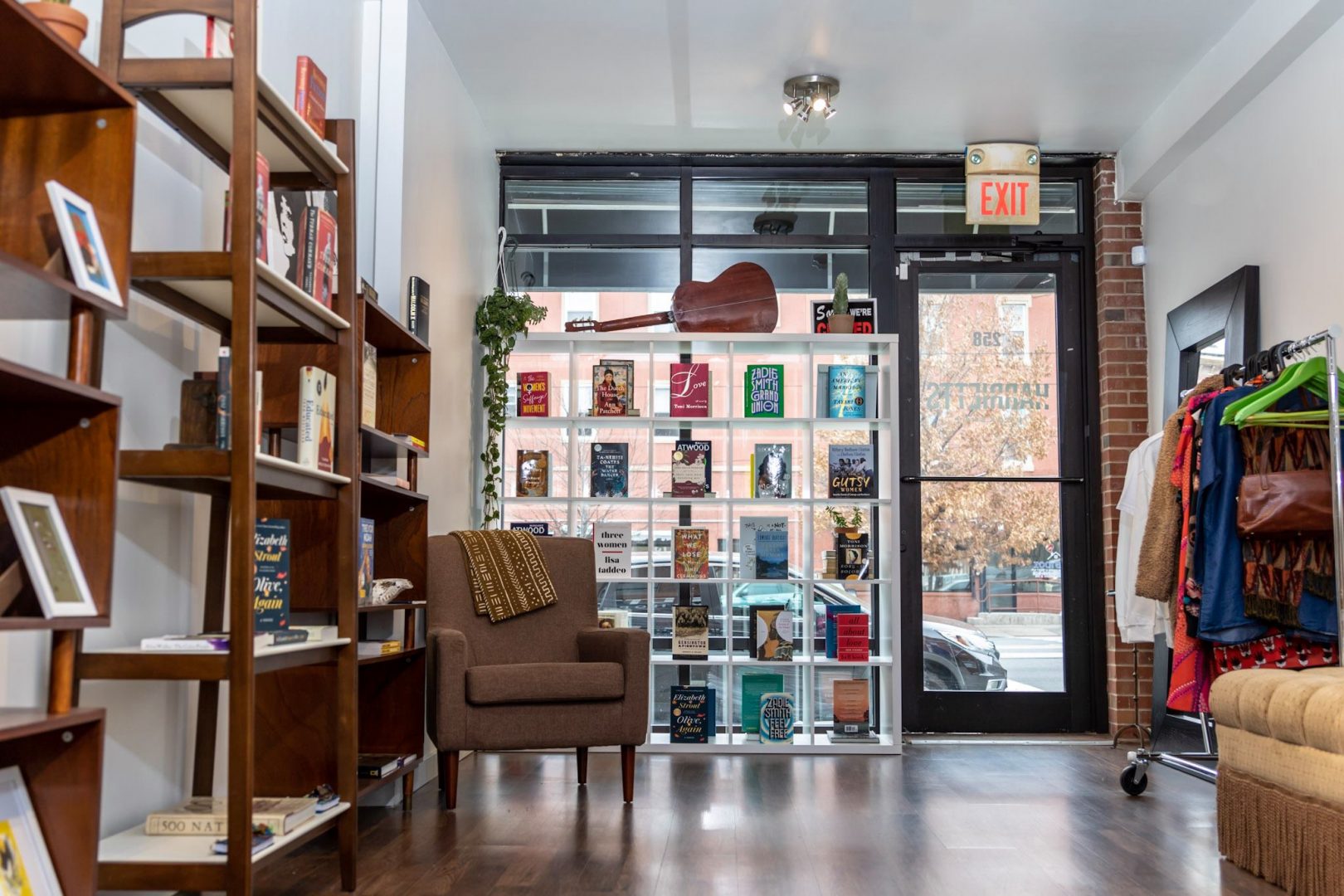 Courtesy of Jeannine A. Cook

Harriett's Bookshop opened up on Girard Avenue in Fishtown in January 2020.

(Philadelphia) — At least 10 Black-owned businesses in Philadelphia have received threatening, racist emails, according to business owners and the African-American Chamber of Commerce of Pennsylvania, New Jersey and Delaware.

So far, all the emails have been sent to Black women business owners, said Chamber Chairman Steven S. Bradley.

Harriett’s Bookshop posted on Twitter and Instagram Wednesday morning that the store had received a disturbing email threatening sexual violence on Black business owners, employees and their families. The email also threatened to “burn down” their businesses, and that the “Latino masterrace” would take over their businesses, homes and land.

“We are clear that no weapon formed against us shall prosper,” Harriett’s wrote in the social media post. “However, it needs to be clear, that being a black owned, women owned business is far more complicated and at times dangerous than people understand.”

Jeannine A. Cook, owner of the independent bookstore in Fishtown, which celebrates female authors and artists, was not immediately available for comment.

Jenea Robinson, who owns the beauty supply store Marsh + Mane, said she also received the email and believes the sender is a random person.

“Obviously the person who is sending this is trying to intimidate us. These are terroristic threats and comments, but as far as the message representing like they’re someone from the Latino community, I don’t know if I buy that,” Robinson said. “I sell Latino-owned brands, I’m a supporter of that community, people who know me professionally know that. The last thing I want it to do is cause any divide between the Latino and Black communities, because we don’t need that.”

She said she feels safe.

“As a Black business anyway, I know that my business can be a target, so we’ll continue to take the necessary precautions and keep our eyes and ears open, but I feel safe,” Robinson said.

Shanti Mayers, the owner of The Sable Collective, a boutique dedicated to selling items created by women of color, said she received the same email Tuesday night.

“My heart dropped,” she said. “My instinct reaction was like, ‘Whoa.’ But logically, it didn’t feel like a direct threat, so that kind of eased any worry.

“But of course, it’s hurt and sadness that follows that, because although it’s not a direct threat to my life, this kind of irrational thinking historically, and even currently as we all see, destroys people’s lives, it does destroy people’s businesses, it does kill people, it’s still very dangerous. So, I think I felt like, the reality of that, that such irrational hateful thinking actually does and can threaten people’s lives, it just makes you heavy.”

Bonkosi Horn, who owns Stripp’d Cold Pressed Juice with her husband, posted on Instagram that she received a similar email.

“Here’s what happens when you walk every step of your existence in black skin,” she wrote. “and you want to believe racism doesn’t exist?”

Bradley said this is the first time during his eight years leading the group that he’s witnessed such outward racism toward Black business owners.

He is now working with state Rep. Jordan Harris, who is reporting the incident to authorities.

“It’s volatile times we’re living in right now. People feel emboldened that they can make statements and send emails and feel they can threaten people,” he said. “But if you’re an entrepreneur, and you’re female and you’re African American, you’re resilient. So, we’re not going to succumb to these types of threats.

“I think it makes people more determined and resilient to press forward and fulfill their mission of not only making economic change and empowerment, but also social change, because they know everybody’s watching them, and as much as attention has been given to the professional athletes, it’s those mom-and-pop merchants that are impacted daily.”

While Black-owned businesses in Philadelphia including The Sable Collective have seen a boost amid protests against systemic racism, this is also not the first time a business has been subject to an attack recently. 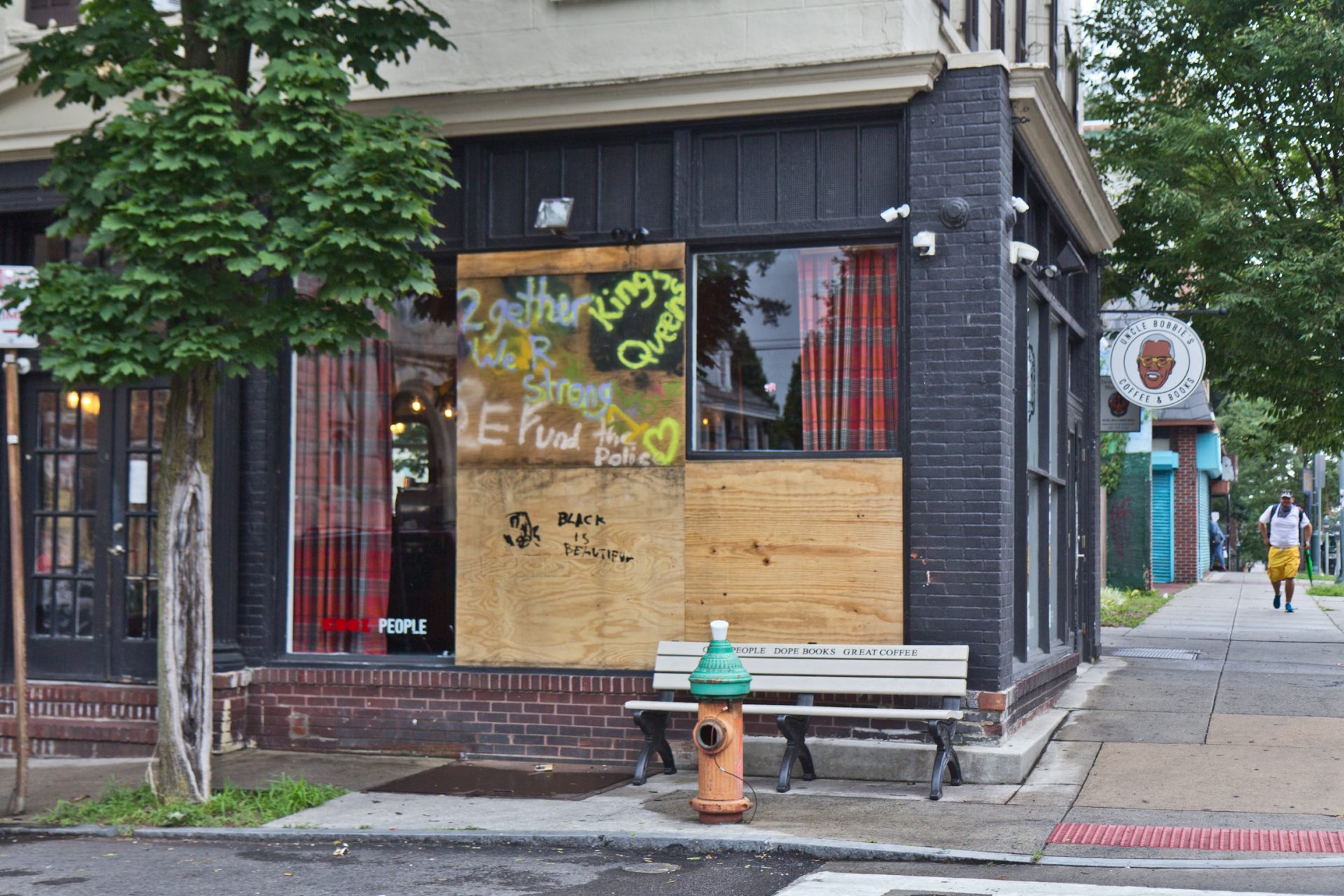 Uncle Bobbie’s, the prominent Black-owned coffee shop and bookstore in the Germantown neighborhood, was repeatedly vandalized and broken into over the summer.

Three times someone broke a window — twice in July, as the store was preparing to reopen after it had shut down because of the COVID-19 pandemic, and a third time last Thursday night.

The acts resulted in damage and some property loss, though the store’s general manager, Justin Moore, has not attributed them to racism.

“While I can’t be certain on people’s motivations, my best guess is this burglary is a result of desperation and poverty,” Moore told WHYY News in an email on Saturday.

“We don’t suspect malice or that anyone is ‘targeting’ us specifically. It has been pretty cut and dry — a window is broken for entry and items that they deemed valuable were taken in a haste. This time our window was broken, our cash drawer was stolen and our point-of-sale system was damaged in the process.”

Moore said Wednesday that police reviewed the security cameras and “apprehended the guy that did it,” but did not have any further information.

“We haven’t received any information as of yet,” said Officer Eric McLaurin, a Philadelphia police spokesperson. “Once that changes, we will alert the media via email. In reference to the threatening/racist emails, we will need exact locations and dates to ascertain information.”

After the third break-in, Uncle Bobbie’s closed down for a day and with help from neighbors, cleaned up and reopened on Saturday.

“By 2020 standards, things could have been MUCH worse,” Moore wrote.

New casino could be built near Penn State's flagship campus