Japanese surrender signatories arrive aboard the USS Missouri in Tokyo Bay to participate in surrender ceremonies.

Smart Talk Wednesday: 75th Anniversary of the Victory over Japan

Seventy-Five years ago, General Douglas MacArthur and representatives of nine Allied nations gathered on board the battleship USS Missouri to accept the formal surrender of Japan.

Although the surrender was announced on August 14, Japanese officials didn’t sign the formal surrender documents until September 2, 1945; ending six years of hostility with tens of millions of lives lost. The images captured that day were striking and featured the capitulation of Japan on an American warship in the country’s own harbor.

World War II and it’s aftermath made a lasting impact on the global balance of power and established a new world order that exists to this day. For the U.S., the war also ended the Great Depression and triggered an economic trajectory that few nations would ever match.

The end of the war also established the conditions for future nation-conflicts, both diplomatic and military. The legacy and threat of nuclear conflict looms even larger today as a result of the bombing of Nagasaki and Hiroshima, and led to the Cold War.  Smart Talk will examine the history and legacy of WWII with Tami Davis Biddle, Ph.D., Professor and Elihu Root Chair of Military Studies at the U.S. Army War College, Carlisle Barracks and Retired Army Col. Don Boose, former professor of strategy of World War II in the Pacific, U.S. Army War College, Carlisle Barracks.

While fewer WWII veterans are living today to bear witness to their experience, Smart Talk is joined by Herb Morrow, 93, of Carlisle, Pa., who served as a Seaman First Class on the USS Birmingham from 1944 – 1946 in the Pacific Theater. 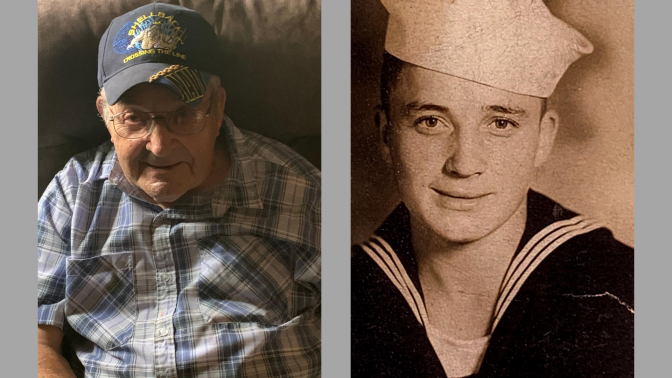