Latinos, immigrants among those bearing the brunt of the pandemic

Some Latinos were left out of federal aid and even those who received help are struggling. 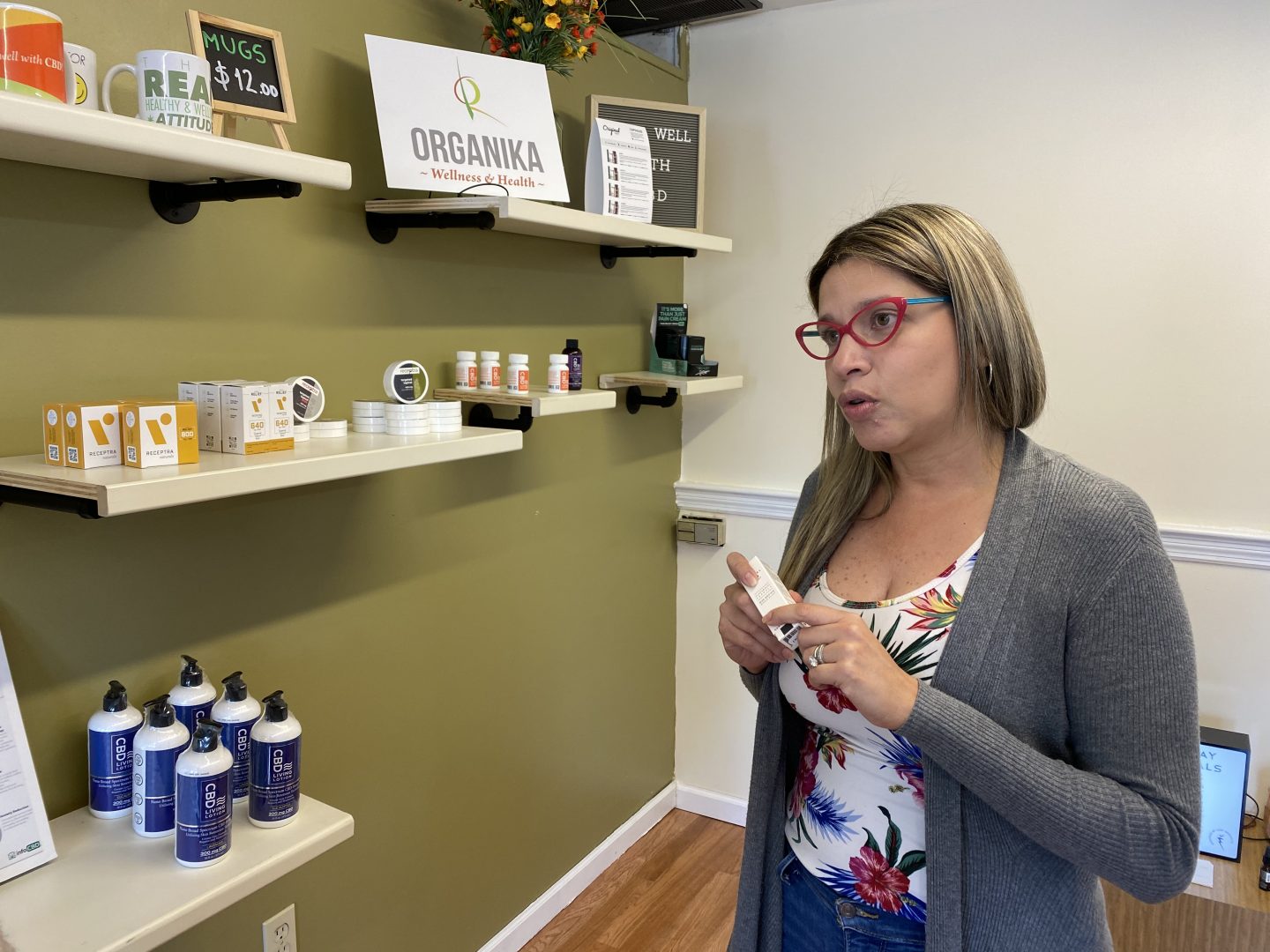 (Reading) — Even though Maria told her supervisors she felt sick and had recently taken a coronavirus test, they told her she was needed back at her job in a Berks County mushroom house.

After working several 14-hour days in close proximity with other employees in mid-April, Maria’s test came back positive.

She and her husband, who also works in Berks agriculture, were quarantined at home for two weeks without pay. Maria, a diabetic, said her fears of COVID-19 were as bad as the symptoms she suffered.

“I hurt all over my body. I had pain in my chest. My sore throat made it hard to even talk,” Maria, who requested to use a pseudonym out of fear of losing her job, said in Spanish. “People were dying. There was a risk of death and for me it wasn’t just something temporary, it was more difficult because I was worried I was going to infect my family, my husband, my daughter.” 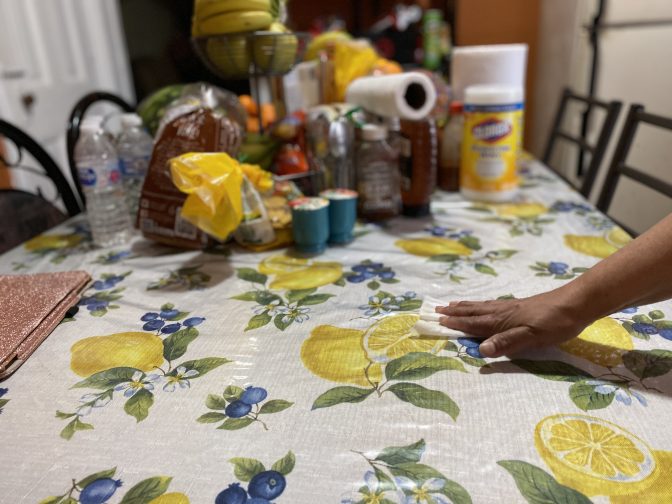 Maria and her husband quarantined for two weeks after she caught the coronavirus.

Maria, who considers herself a hard worker, is an American citizen who battled the coronavirus. But she jointly filed taxes with her undocumented husband and they both were excluded from any federal financial relief.

“Well, we didn’t have any other choice but to continue, to carry on with the little we had, with what savings we had” Maria said.

Latinos were among those least likely to receive stimulus money and also among the last to receive their funds, according to a study by The Urban-Brookings Tax Policy Center.

Maria said her husband, who declined to be interviewed, entered the country illegally 25 years ago. He is currently in the process of obtaining his legal resident status but their efforts to be honest with the government deferred any assistance for them.

For this reason, the mixed-status couple, directly impacted by the COVID-19, did not receive federal stimulus money for themselves or their American-born teenage daughter, Maria said.

“It’s unfair because the laws, I don’t believe they’re good, because it hurts people who are telling the truth,” Maria, 50, said. “There are other people who lie and say ‘I’m not married [to an undocumented immigrant], I’m separated,’ and then we tell the truth and so we don’t receive anything.” 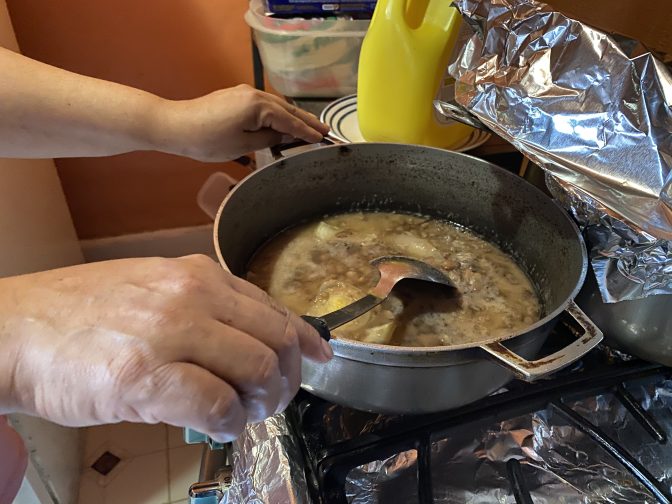 Maria and her family did not receive any federal financial relief during the coronavirus pandemic because she filed her taxes with her husband, who is not an American citizen.

Georgetown Law’s Institute for Constitutional Advocacy and Protection and immigrant advocacy group CASA De Maryland filed a federal lawsuit in May that alleges the stipulation discriminated against the children of immigrants.

She argues that denying funds to families like Maria’s only makes things worse.

Help, but not enough

American citizens like Kelvin Maga, of Allentown did not receive any federal funds during the pandemic.

The 38-year-old, hails from San Juan, Puerto Rico, and came to the mainland U.S. two years ago for better opportunities. Maga works at QVC warehouse in Bethlehem, but was furloughed off and on for during the pandemic he said.

Maga’s wife, who has been unemployed since before the pandemic, received $1,200 and an additional $600 for their 4-year-old son. Maga is unsure why he was left out of the stimulus initiative and noted he was lucky his wife had government assistance and he had his savings to fall back on.

Before the pandemic swept the country, Latinos were the fastest growing group of small businesses entrepreneurs in the country. But, Latino business owners were among the highest at-risk to lose their businesses during the pandemic, according to a July study by the National Bureau of Economic Research.

Their numbers in the U.S. dropped from 2.1 million to 1.7 million from February to May, according to the study.

Even businesses that received government assistance cannot escape the circumstances presented by the pandemic and the fear and restrictions that came with it.

Monica Luna owns and operates the Organika Wellness and Health boutique in Intercourse, Lancaster County. The area is situated in Amish country and the shops in the area thrive off of tourists visiting the area.

“Last year when we opened the store, the best months were June, July, August and September,” said Luna, who took on a part-time job with immigrant rights group CASA registering voters, as the store struggled to reopen this summer. “So, you would see people, for example 1,000 people walking in the street, now you see 10 walking around.” 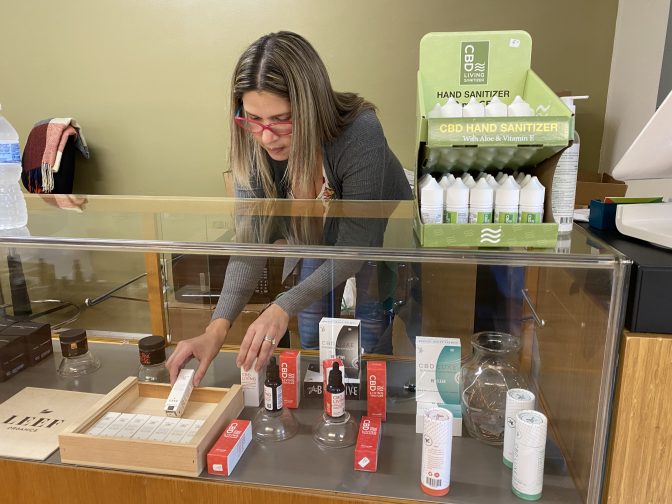 Monica Luna and her husband, owners of the Organika Wellness and Health Boutique in Lancaster County, are contemplating if they can keep the store open after the pandemic shutdown and decreased tourism.

She received a $15,000 loan from the federal government, but it is not enough to keep the business afloat, she said. She is now in discussions with the store’s property landlord about paying back rent and possibly closing the brick and mortar location.

Nationally, Latinos have the highest rates confirmed cases out of any ethnic or racial group, according to a July New York Times investigation. They also are four times more likely than non-Latino whites to be hospitalized for coronavirus, according to available data.

Dr. Eduardo Sanchez, chief medical officer of prevention for the American Heart Association, said COVID-19 has disproportionately impacted Latino communities for two reasons: prevalence of diseases such as obesity and type two diabetes, and that Latinos and immigrants are more likely to work essential jobs where they are in close proximity to customers and coworkers. 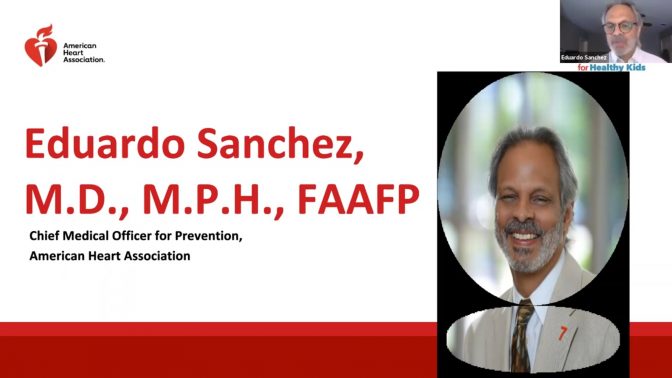 Like in Maria’s case. She said many of her coworkers, about 15 others, also got sick in the close working conditions of the mushroom house.

“I went to work and I got other people sick,” Maria said.

Sanchez was part of a American Heart Association panel discussion in July, which focused on the effects of the virus on Latino children and the community in general. One aspect making it hard for health professionals to fully understand the plight of the Latino community is lack of accurate reporting across the country, according to Sanchez.

“Even as I reflect on the data of that we have around morbidity and mortality, if you look deep, what you’re going to find is that there’s a high enough percentage of unknown that people like me and other panelists can’t speak with the highest degree of confidence about what the data are telling us,” Sanchez said.

The infection rate for Latinos in Pennsylvania is significantly higher than for other ethnic groups because the state department of health is largely missing detailed ethnic demographic data.

Zip codes with significant Latino populations across Pennsylvania many times show up on the state’s Department of Health maps as coronavirus hotspots. These are in the high-density areas of Reading, Lancaster, York and Allentown.

Latinos make up 7.6 percent of the state’s population and 5.9 percent of coronavirus deaths, according to the state data.

Maria said feels fortunate that her case of COVID-19 was not bad enough for her to be hospitalized or worse. During her times of difficulty, when she could not rely on her job or the government to protect her, she relied on family and higher power.

“I’ve said many prayers,” Maria said pointing to an altar in her living room dedicated to the Virgin Mary, Our Lady of Guadalupe, the patron saint of Mexico. “She has helped us through everything.” 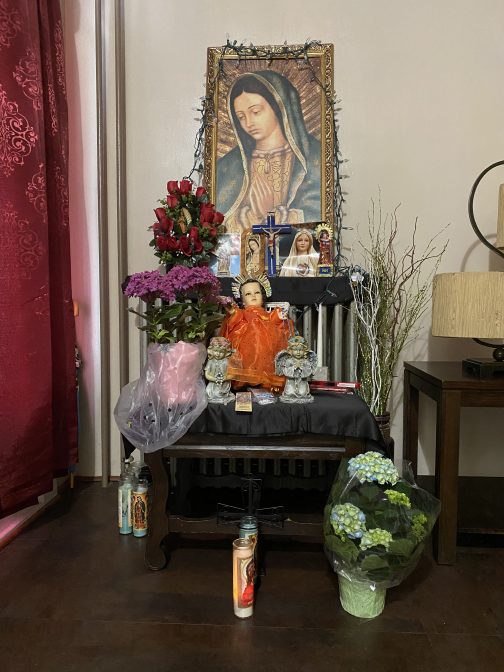 Maria has an altar dedicated to the Virgin Mary in her living room. She says it has helped her through tough times.