“I think there’s no question that FirstEnergy was acting in its own self-interest.Ordinarily, there's nothing particularly wrong with that. But HB6 skewed everything.” 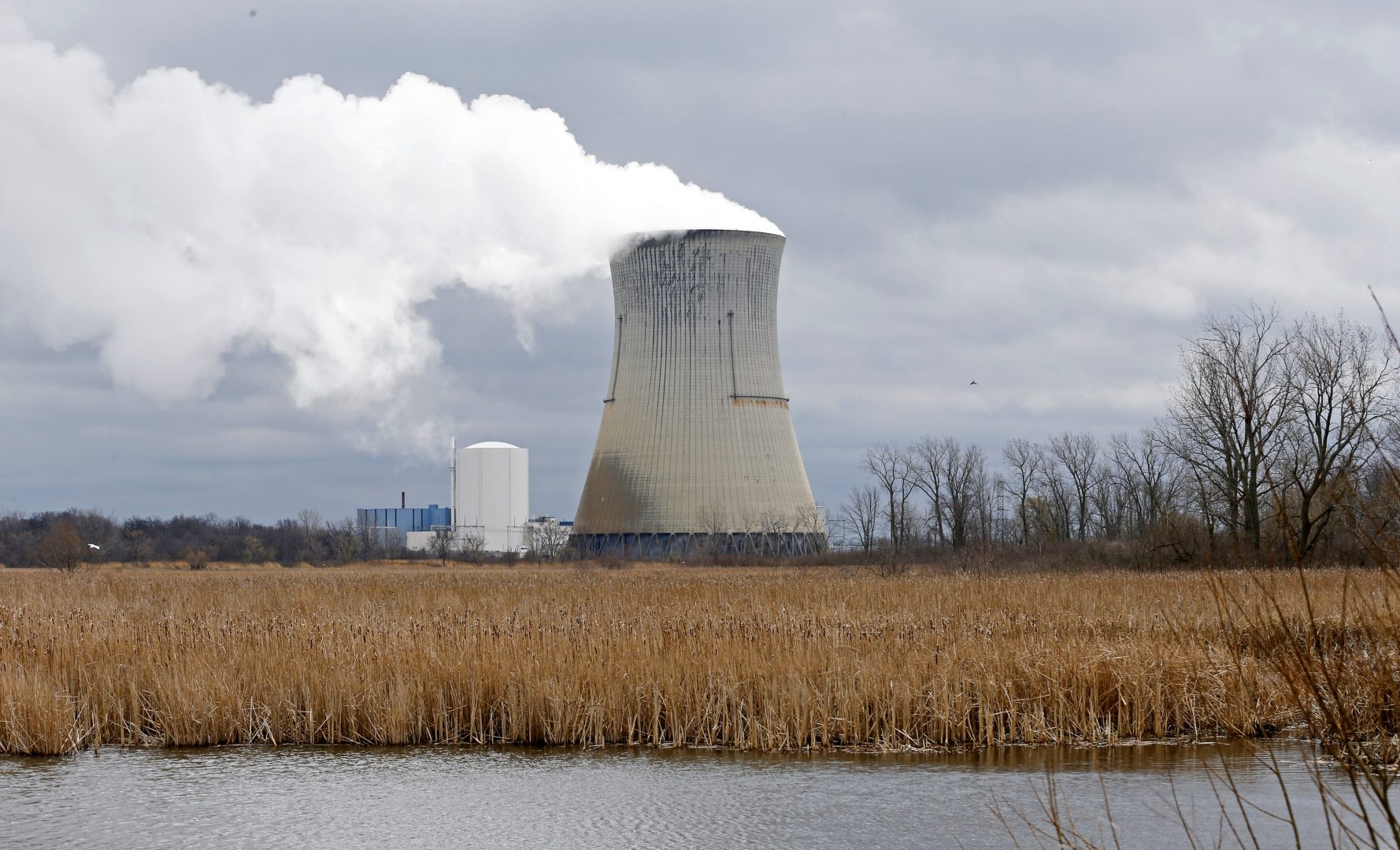 (Cleveland) —  FirstEnergy Corp. was once blamed for its part in triggering North America’s largest blackout nearly 20 years ago. Now, the multistate power company is again facing intense scrutiny — this time for its role in an alleged $60 million bribery scheme that has ensnared one of Ohio’s most powerful politicians.

While FirstEnergy and its executives have denied wrongdoing and have not been criminally charged, federal investigators say the company secretly funneled millions to secure a $1 billion legislative bailout for two unprofitable Ohio nuclear plants then operated by an independently controlled subsidiary called FirstEnergy Solutions.

Officials from the Akron-based corporation, including CEO Chuck Jones, have long insisted FirstEnergy Corp. had no financial stake in rescuing the plants because they were operated FirstEnergy Solutions. Yet nearly all of the money used to fund the scheme, authorities said, came from the corporation itself.

The bailout bill, critics say, helped smooth the way for FirstEnergy to officially shift ownership of the nuclear plants and two coal-burning power plants to its creditors in federal bankruptcy court in February. Shedding the plants allowed the corporation to focus on its profitable business of powering 6 million customers in Ohio and other states.

Ashley Brown, executive director of the Harvard Electricity Policy Group at Harvard University’s John F. Kennedy School of Government and a member of the Public Utilities Commission of Ohio from 1983 to 1993, said the HB6 bailout legislation clearly benefited FirstEnergy Corp.

“I think there’s no question that FirstEnergy was acting in its own self-interest,” Brown said. “Ordinarily, there’s nothing particularly wrong with that. But HB6 skewed everything.” 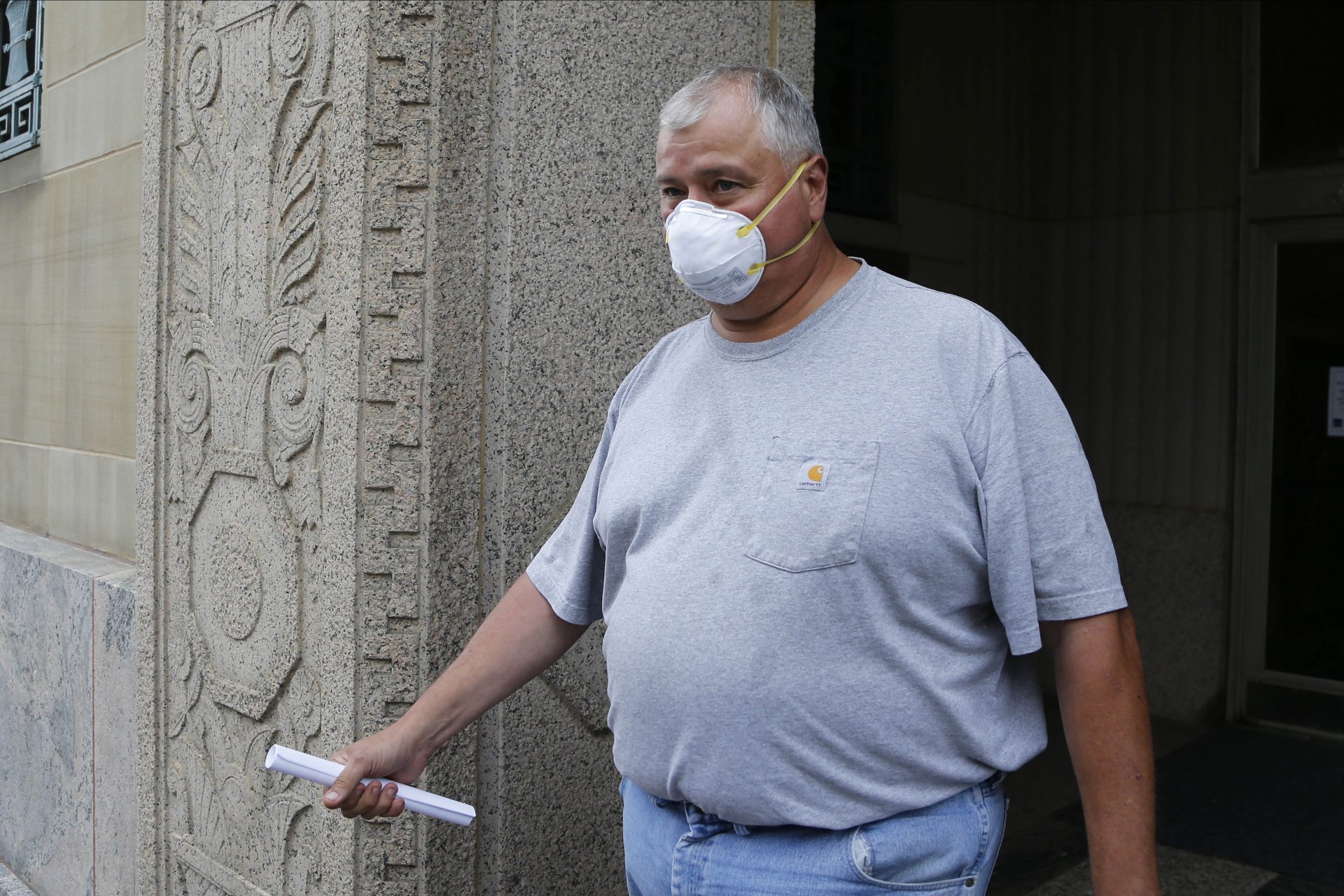 That’s when federal authorities released a criminal complaint detailing how “Company A” — a clear reference to FirstEnergy — spent $60 million to get a well-known Republican named Larry Householder selected as Ohio’s House speaker, finance his bailout passage efforts and prevent Ohioans from having their say about the legislation at the polls.

FirstEnergy’s stock price plummeted nearly 35% within two days and has yet to rebound. Independent board members have called for an internal investigation and shareholders have filed at least four potential class-action lawsuits alleging FirstEnergy’s executives committed fraud and concealed an “illicit campaign” to secure the bailout.

“The company’s most senior executives, including its CEO defendant Jones, were directly involved in and oversaw these efforts, placing the company and its shareholders at extreme risk of legal, reputational and financial harm,” one lawsuit said.

FirstEnergy said in a statement this week that it backed the bailout because the corporation has a stake in Ohio’s economic success, the stability of its electric grid, and maintaining reliable energy sources.

The plan to separate from the nuclear plants and complete the bankruptcy process did not depend on securing the bailout, the company said.

U.S. Attorney David DeVillers was asked about FirstEnergy during a July 21 news conference in Columbus.

The corporation funneled $38 million to a dark money group to finance a dirty tricks campaign that prevented bailout opponents from gathering enough signatures to place a referendum on the ballot, federal authorities alleged.

FirstEnergy also benefited from a last-minute change to the bailout legislation that essentially allowed the utility to charge retail customers more for lost revenue, a sweetener that Jones said made roughly one-third of the company’s business “recession proof.”

While the utility said the add-on would stabilize rates for customers, an analysis released by the Ohio Manufacturers Association estimated FirstEnergy could reap $355 million in unearned revenue through 2024.

Federal investigators said the add-on “likely came as a result of the successful influence campaign” waged by Householder and his four associates, all of whom were indicted on federal racketeering charges last month. The associates have pleaded not guilty, while Householder has been given more time to find a new attorney. 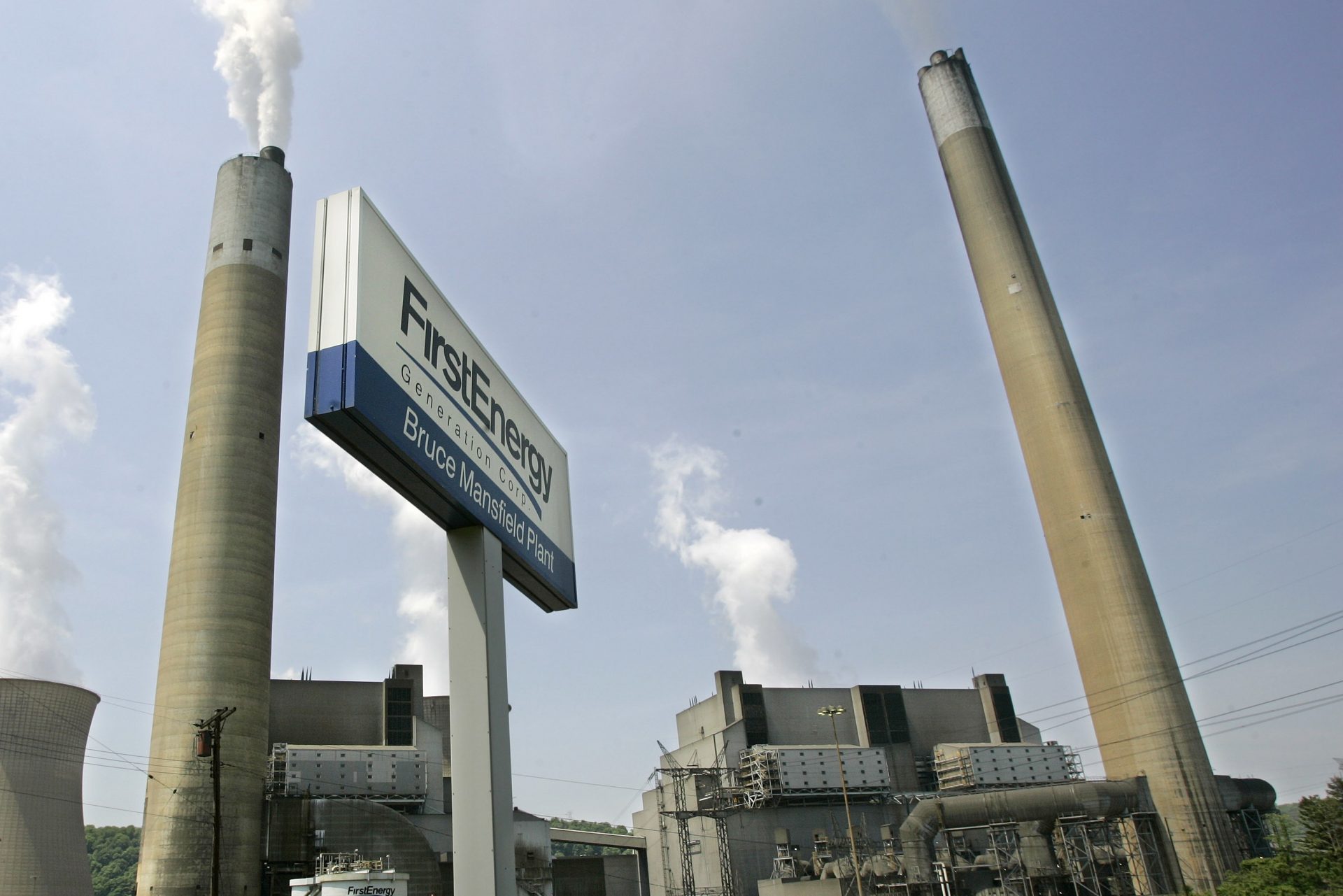 FirstEnergy began looking six years ago for ways to subsidize the Perry and Davis-Besse nuclear plants in northern Ohio as they struggled to compete with cheaper natural gas power generation.

The company’s top priority was to save the plants, Jones told investors in 2017. That same year, one state lawmaker backing FirstEnergy’s attempts to get financial help told energy conference attendees that the company was in “substantial financial trouble.”

The company created the mess by taking on too much debt when it invested in coal and nuclear plants, said Ohio State University economist Ned Hill, a vocal critic of the bailout.

FirstEnergy acted “like a cornered junkyard dog” to keep the plants from shuttering, he said.

But with state and federal officials reluctant to help, the FirstEnergy Solutions subsidiary announced in March 2018 that it would close the plants in 2021. The subsidiary filed for bankruptcy three days later, saying it had $7.2 billion in assets and $3.1 billion in debt as of Dec. 31, 2016.

By that time, according to federal authorities, the bribery scheme had already been set in motion.

Two months after Householder flew on a company plane to President Donald Trump’s inauguration in January 2017, FirstEnergy wired $250,000 into the bank account of Generation Now — a dark money group created to promote “social welfare” under a provision of federal tax law that shields its funding sources or spending. Authorities say Householder controlled Generation Now as part of the alleged scheme.

Of the $60 million eventually funneled by FirstEnergy to Generation Now through the end of 2019, $42 million came from an entity called FirstEnergy Services that is overseen by Jones and his corporate team, the criminal complaint said.

Jones and Householder themselves were hardly strangers, the complaint said, with the two men having 84 telephone contacts between February 2017 and July 2019 — many at key points during the alleged scheme, including 30 calls while the bailout bill was pending.

Jonathan Entin, a law professor emeritus at Case Western Reserve University in Cleveland, said there is no way for FirstEnergy “to spin this.”

“They cannot credibly say they’re completely innocent bystanders even if they did not break the law,” Entin said. “It’s really hard to believe they were completely ignorant of what was happening.”

During a conference call with investors late last month, Jones said he was confident that he and the company did nothing wrong.

Two months before Householder unveiled his bailout plan in early 2019, Jones sent a letter to state lawmakers emphasizing that his company and FirstEnergy Solutions were separate. His letter also said his corporation “would not financially benefit from any legislation” helping the plants he asserted were vital to Ohio.

The bailout legislation became law last October, the day after the anti-bailout referendum effort failed. By February of this year, FirstEnergy appeared to have gotten what it wanted: FirstEnergy Solutions had emerged from bankruptcy as a new privately held company called Energy Harbor. FirstEnergy Corp. was out of the power generation business and was now a regulated electric transmission company, feeding power to 6 million customers in six states.

And it was good, at least initially, for FirstEnergy’s bottom line, its shareholders, and the FirstEnergy leadership team.

The company, in a Securities and Exchange Commission filing early this year, said Jones’ total compensation in 2019 was nearly $21 million, including a $1.6 million performance-based salary bonus for that year and $18 million in performance-based stock units for a three-year period ending in 2019.

Now, 17 summers after a tree branch touched a high-voltage line and a computer malfunction at FirstEnergy unraveled into a massive blackout in the U.S. northeast and Canada, the company again finds itself on the defensive.

“If it turns out what FirstEnergy did went over the line, the question is who will be held responsible,” Entin said. “Will it be individuals? Or will it be the company?”