After a loss in the state Supreme Court, Republicans will attempt to override a Wolf veto and curtail his powers. 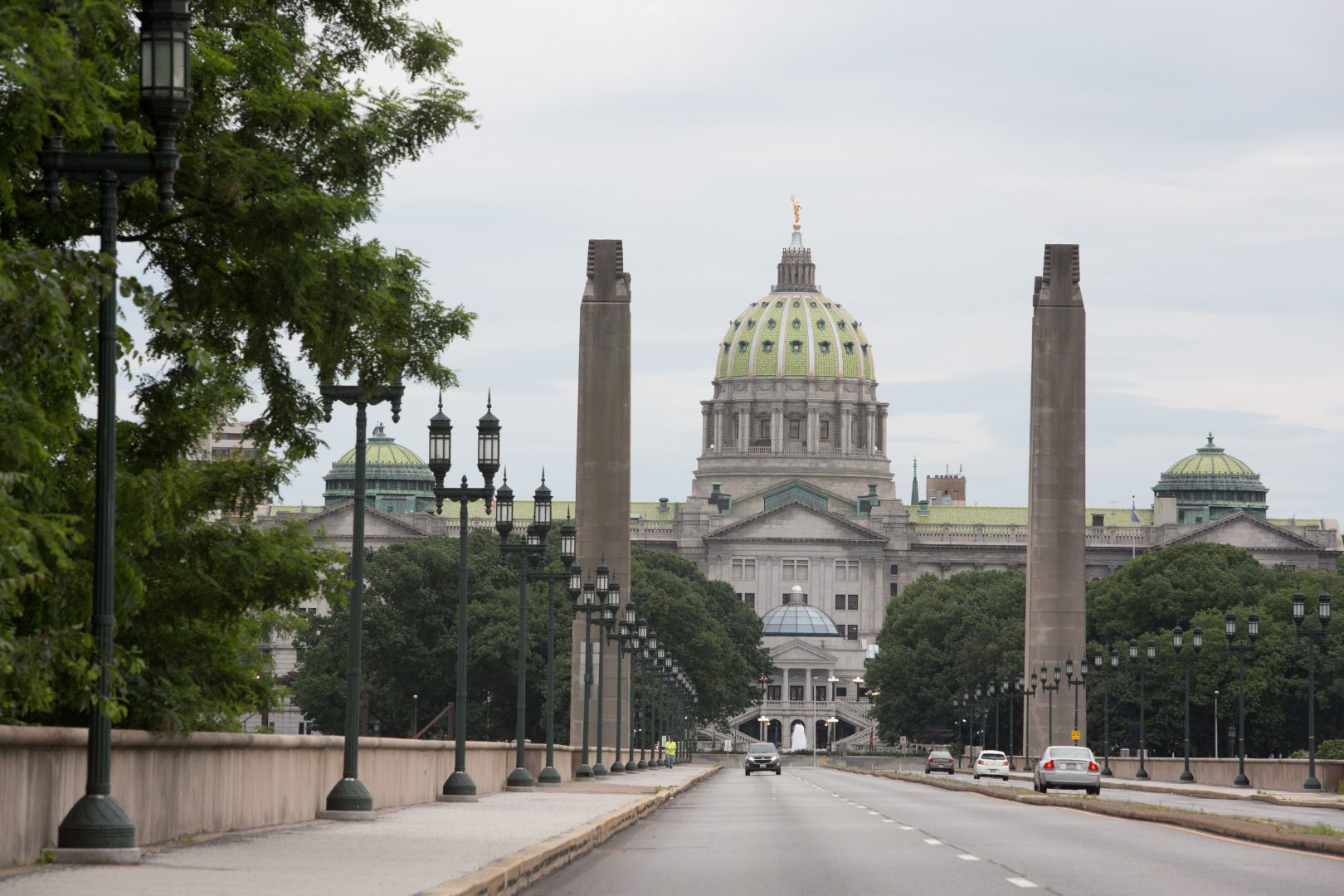 Spotlight PA is an independent, non-partisan newsroom powered by The Philadelphia Inquirer in partnership with PennLive/The Patriot-News, Triblive/Pittsburgh Tribune-Review, and WITF Public Media. Sign up for our free weekly newsletter.

(Harrisburg) — Thwarted by court rulings and vetoes, Republicans in the legislature unhappy with Gov. Tom Wolf’s response to the coronavirus pandemic are plotting two new efforts to curtail his emergency powers.

In June, the legislature voted to force Wolf to end the state’s COVID-19 disaster declaration, which greatly expanded the Democratic governor’s powers. Wolf countered that such a move required his approval. The state Supreme Court sided with Wolf, who then vetoed the measure.

But the saga isn’t over yet. Members of the GOP who control the state House now plan to advance a measure to override Wolf’s veto, which would require the support of at least some members of the governor’s own party just months before their re-election in November.

“When we return to session next week, we will be prioritizing the need to hold Gov. Wolf accountable and return power to the people by attempting to override the governor’s veto of House Resolution 836,” Jason Gottesman, a spokesperson for House Republicans, said. “The Wolf administration’s handling of this pandemic has cost lives and livelihoods and their actions should no longer continue unchecked.” 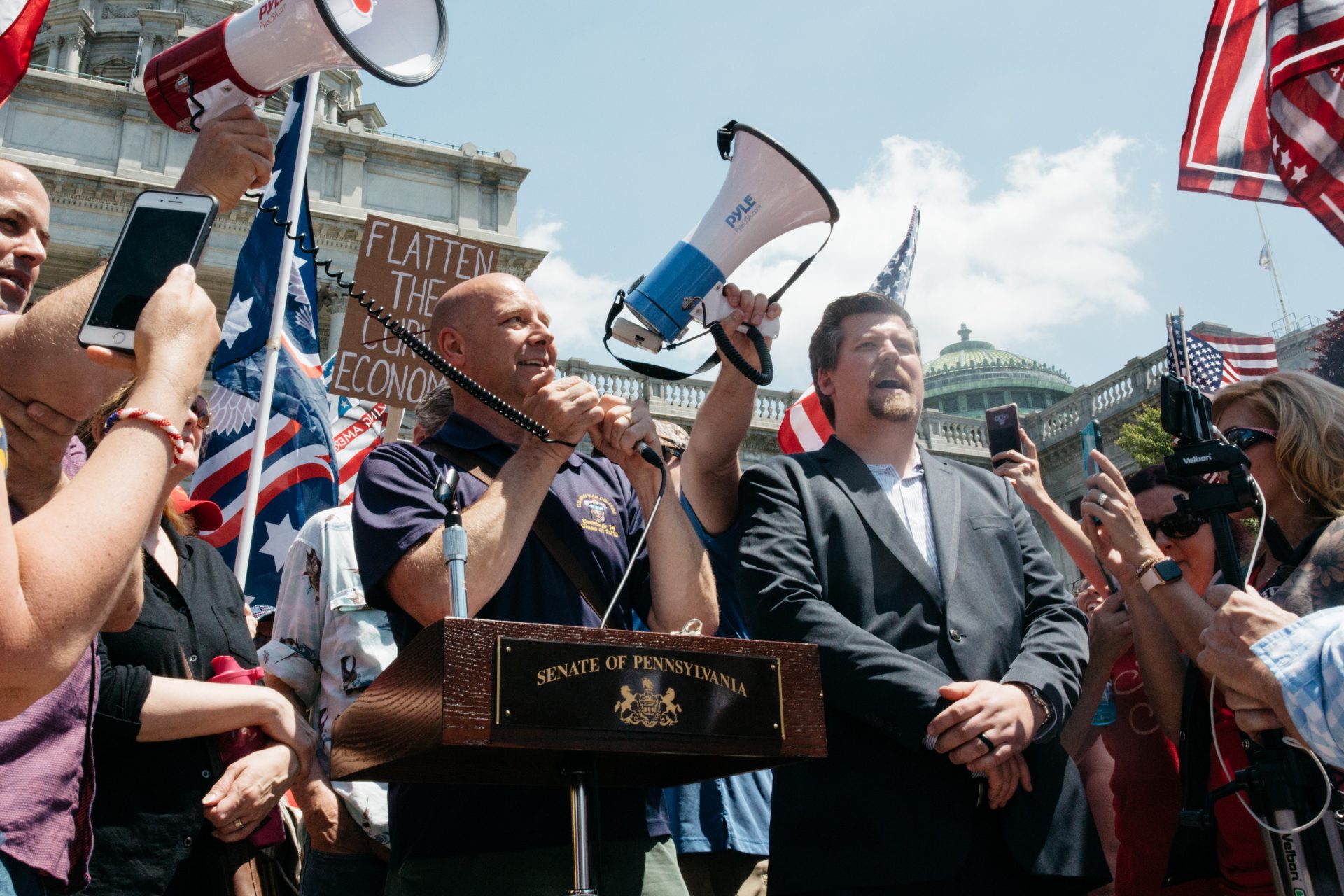 State Sen. Doug Mastriano (R-Franklin) speaks at the May 15, 2020, protest outside the state capitol in Harrisburg, Pa.

Wolf and the GOP-controlled General Assembly have found themselves at odds over almost every aspect of the administration’s response to the pandemic, including the temporary closure of businesses statewide. Public health experts widely supported those shutdowns as necessary to slow the spread of the virus and keep hospitals from becoming overwhelmed.

While the most severe restrictions have since been lifted, restaurants, bars, salons, and entertainment venues are still required to operate at a limited capacity. State officials say they’ve linked new infections to these businesses, while GOP lawmakers have cast doubt on the scope of the issue while highlighting the ongoing economic harm.

Overriding a gubernatorial veto requires two-thirds of the General Assembly’s approval. In the House, Republicans would need 25 Democrats to sign on, while only 12 voted for the original resolution.

Jennifer Kocher, a spokesperson for the state Senate GOP, did not say whether Republicans in that chamber would support such an override.

“Since it started in the House, we cannot take any action until the House acts,” she said. “We look forward to considering whatever they send us.”

State Rep. Daryl Metcalfe, R-Butler, speaks in the state Capitol during a Second Amendment rally on May 6, 2019.

Other Republican lawmakers, all outspoken critics of Wolf and Health Secretary Rachel Levine, think they’ve figured out another way to force the governor to end the disaster declaration. But according to one expert, it’s unlikely to meet legal muster.

The legislators on Monday said the state constitution gives them the right to suspend any law if they gather signatures from a majority of lawmakers, which they are now doing.

But constitutional expert Bruce Ledewitz, a professor of law at Duquesne University, said collecting signatures does not change precedent. He pointed to the state Supreme Court’s recent ruling that found the legislature lacks the power to act unilaterally in this situation.

“‘I don’t understand,” Ledewitz said. “Maybe they’re wrong, but that’s the opinion of a majority of the Pennsylvania Supreme Court. And it’s not ambiguous. I don’t get this. I don’t see why signatures make any difference.”

Lyndsay Kensinger, a spokesperson for Wolf, said the proposal “isn’t based in reality.”

“It’s just another attempt by the Republicans in the legislature to deflect from the fact that they have no real interest in helping Pennsylvanians,” she said.

Wolf has said ending the state’s disaster declaration would not lift restrictions on the state’s businesses, but it would rescind protections enacted in response to the pandemic and the subsequent economic free fall, including the suspension of licensing requirements for health-care workers, and a moratorium on evictions and foreclosures that ends Aug. 31.

While Republicans are still focused on curtailing Wolf’s powers today, they’re also looking to the future. GOP lawmakers in July passed the first hurdle to get a constitutional amendment on a future ballot that would allow the General Assembly to unilaterally end a disaster declaration.

It’s a process with no guaranteed outcome but one big upside — it doesn’t require Wolf’s approval.