“They are just voracious predators that have the potential to out-compete and displace other fish in the river and disrupt the river’s food web." 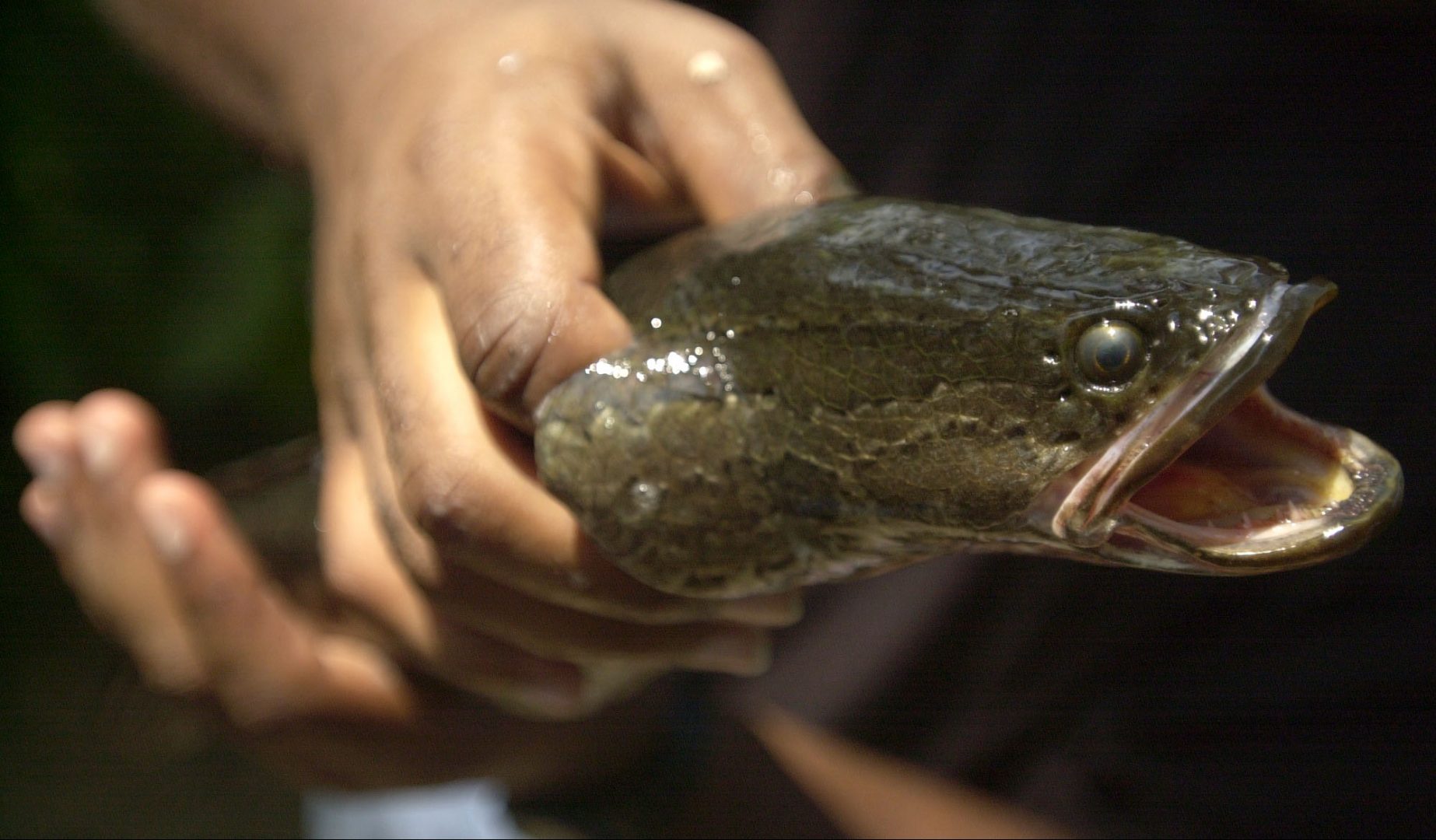 (Calicoon, N.Y.) — A professional fishing guide spotted an invasive and hearty predator fish in the Delaware River, which runs in part along the border between New York and Pennsylvania.

The Northern Snakehead is an invasive species that is such an effective hunter it can threaten the populations of local species, the Times Union reported Tuesday.

The fish, which has the nickname “Frankenfish,” can also survive out of water and occasionally will move overland, spreading to different bodies of water, the New York Department of Environmental Conservation said on its website.

“They are just voracious predators that have the potential to out-compete and displace other fish in the river and disrupt the river’s food web,” Don Hamilton, chief of resource management at the National Park Service’s Upper Delaware section, told the newspaper.

Fishers who see the fish, which can grow up to 3 feet (0.9 meters) in length, are urged to report it to the U.S. Park Service and anyone who catches one should not return it to the water.

The Northern Snakehead, native to Asia, were originally introduced in the United States as a source of food, the newspaper reported, but the U.S. Fish and Wildlife Service banned their import in 2002 because they were too successful in the wild.

Northern Snakehead are difficult to eradicate once they’ve established themselves.

There are no dams on the Delaware river system, which runs from west of Albany out past Cape May in New Jersey, which means the movement of the species could occur unchecked.

The fish spawns in calm waters, however, and the upper Delaware flows fairly swiftly, the newspaper reported.