“One cannot simply pledge allegiance to the flag, and then turn around and then brand neighbors and fellow citizens as terrorists because they are marching in protest." 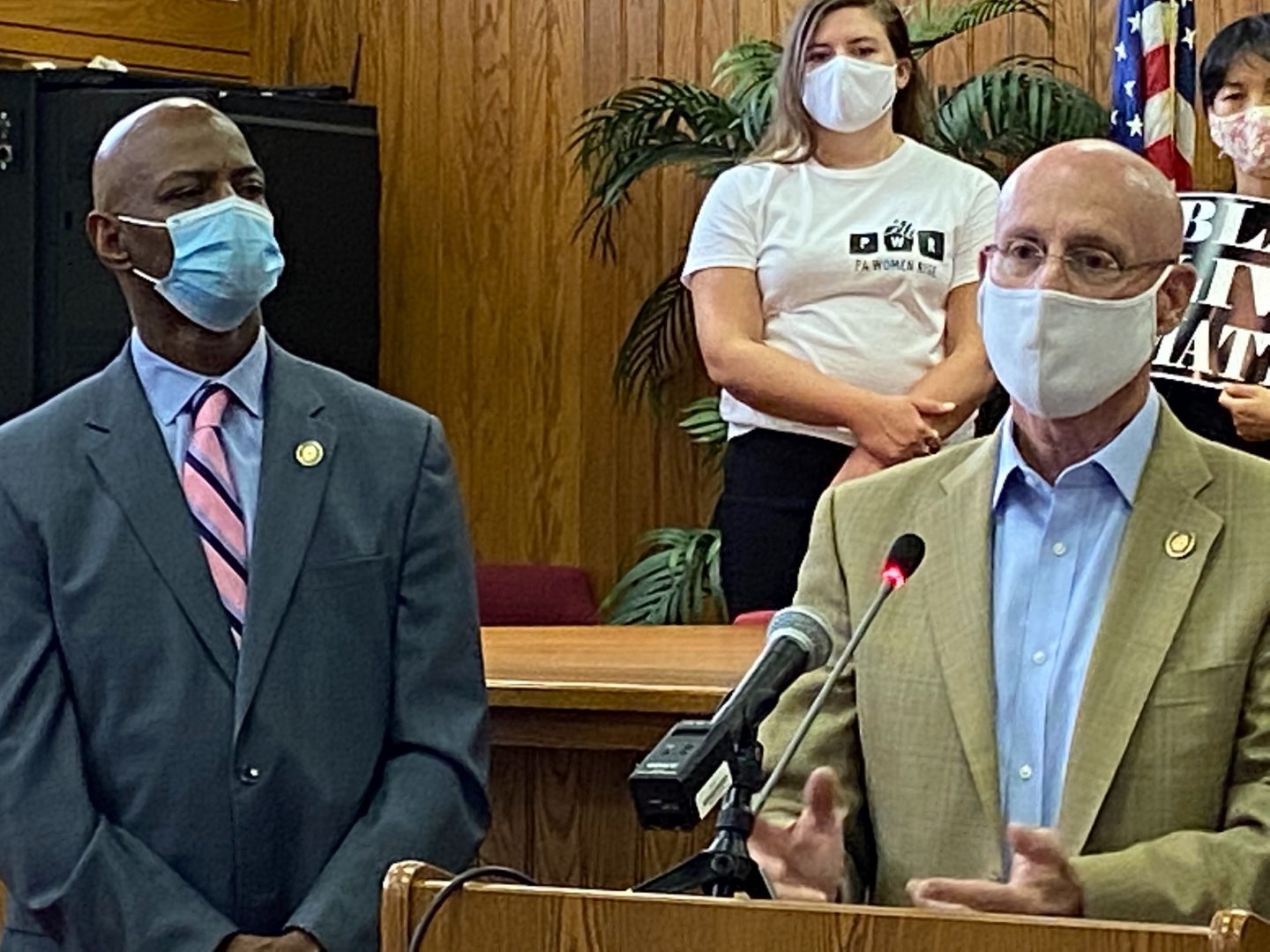 (Norristown) — A coalition of activists, lawmakers, clergy and residents are demanding that a Montgomery County commissioner resign over controversial remarks he made in June. And if he won’t, the groups are backing a novel legislative effort to have him impeached and removed from office.

Commissioner Joseph Gale prompted the controversy when he used county letterhead to put out an inflammatory statement saying, among other things, that the Black Lives Matter movement and its supporters are “radical left-wing hate groups” responsible for “urban domestic terror.” Gale stands by those remarks, even after facing censure from his fellow commissioners and large protests demanding that he apologize and resign.

“One cannot simply pledge allegiance to the flag, and then turn around and then brand neighbors and fellow citizens as terrorists because they are marching in protest demanding freedom and justice for all,” said Democratic State Rep. Margo Davidson.

She was one of several legislators to speak at a news conference Thursday morning organized with PA Women Rise, which describes itself as a nonpartisan group designed to help Pennsylvanians fight for racial justice.

“Commissioner Gale, we want to say to you today that the old dog whistles are no longer acceptable. And the only redeemable course of action you can take is to resign before you are removed from office, one way or another,” said Davidson, whose district is in Delaware County.

Activists with PA Women Rise have helped push resolutions in both the Pennsylvania House and Senate aimed at formally impeaching Gale. The House version, introduced by Democratic Rep. Joe Webster, whose district is in central Montco, is more pointed. It demands that Gale be removed from office and barred from running again because he “abused his position to promulgate and promote racist and ignorant comments that have legitimized and increased fear and hatred of people of color within Montgomery County.”

The Senate resolution, while critical, says that Gale may have broken ethics rules and recommends appointing a bipartisan committee to investigate possible removal. 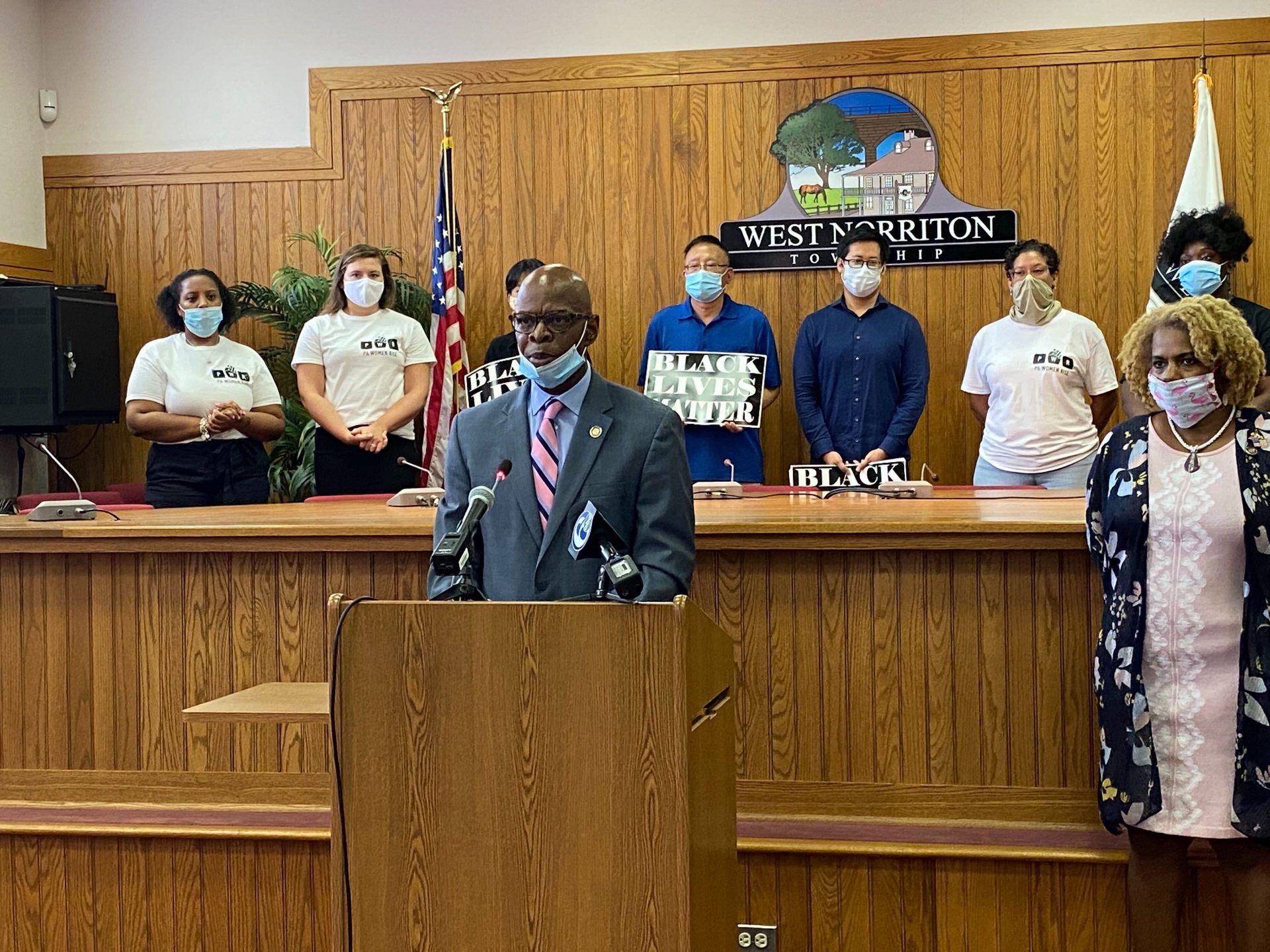 Though there are provisions under state law for legislators to impeach elected officials, it is an extremely rare occurrence. A state Supreme Court justice was removed from office in 1994, but never a county-level official, according to Webster. The measures would need approval by both chambers of the Pennsylvania General Assembly, including two-thirds support in the Senate, and be signed by the governor.

Webster does not expect the bills to go very far in either of the Republican-controlled bodies.

“I think it will be the long haul of continuing to talk about the issue,” he said after the news conference.

“My real goal has very little to do with Joe Gale,” he added. Rather, Webster said, he wants the legislature to stay focused on issues of systemic racism, including voter suppression, food deserts and housing discrimination.

“My take on this is the symbolism of racist rhetoric when we’re in the middle of a pandemic crisis; when we’re, as a nation, trying to create awareness about the systemic inequities that are out there,” Webster said.

Others who spoke during the hour-long event Thursday want to see immediate action.

“I call you unfit for office,” Democratic State Rep. Patty Kim said, addressing Gale, who was not at the news conference.  “If you don’t resign, then when HR 920 comes up, I will proudly vote for it to pass.”

Kim had driven to the West Norriton event from her home in Dauphin County.

Pastor Cean James represented a multifaith coalition of clergy and said the group wants to see Gale’s immediate resignation. James said the faith leaders will continue to put pressure on Republican lawmakers who do not take steps toward passing the resolutions.

“Anyone who has the power to remove Joe Gale from office but is not actively working to do so stands in support of everything that Joe Gale stands for. I say this especially to the Republican leaders of our state,” James said. “We will continue to holler, scream and shout until something happens.”

For his part, Gale has doubled down on his earlier remarks.

“I will not be bullied or shamed by anarchists, agitators and political opportunists who try to destroy private citizens and elected officials like me for expressing ideas and opinions that disagree with their Marxist agenda,” Gale said in an emailed statement.

He called the impeachment resolutions an “insidious stunt,” particularly, he added, at a time when legislators ought to be focused on improving conditions for workers, families and schoolchildren coping with the effects of the coronavirus pandemic.

“Ironically, the Democrat politicians who stand with these radical leftists are using their First Amendment freedom of speech in an attempt to silence my same constitutional right,” Gale wrote.

Not so, said Carmina Taylor, one of the organizers behind PA Women Rise. She cited the U.S. Supreme Court’s ruling in the 1952 Beauharnais v. Illinois case, which established limits on hate speech deemed to be libelous and therefore not protected under the First Amendment.

“When we talk about ‘free from hate’ in the 21st century, we are talking about this case. Hate propaganda, derogatory statements, and most importantly false statements against a person, people, or racial group are not constitutional rights,” Taylor said.

In addition to organizing through PA Women Rise, Taylor and others are helping support a new group called the Movement for Black and Brown Lives in Montgomery County, which aims to continue focusing on issues of racial justice at the local level.

Eagles fans not likely to be allowed at home opener