State Rep. candidate Manuel Guzman Jr.'s hopes to court the Latino vote may be affected by past misogynist and racist comments. 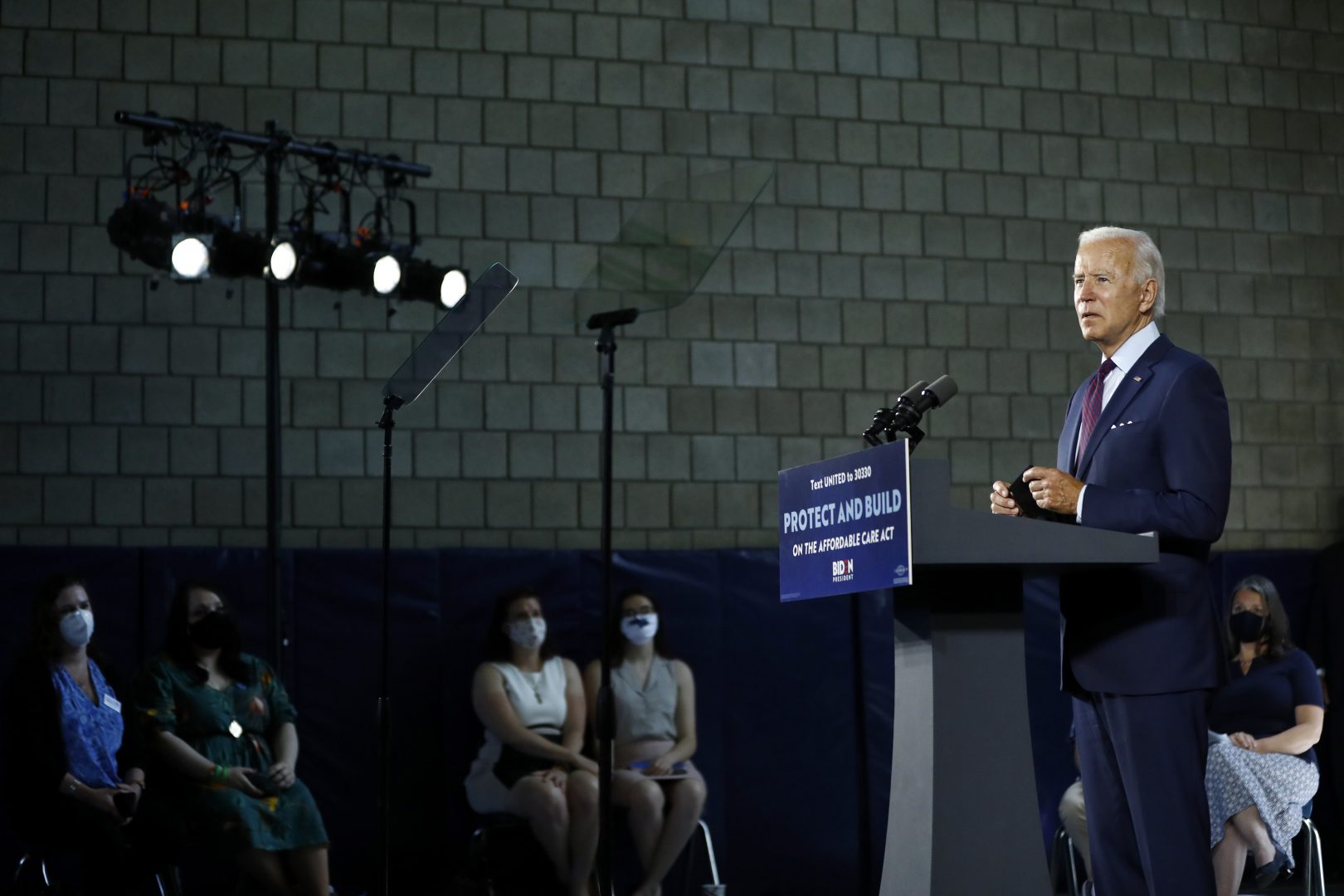 A Berks County candidate for the state legislature and surrogate for Joe Biden’s presidential campaign is the focus of news reports about years-old tweets in which he disparaged women and made racist remarks.

Online news publications Inside Sources and Delaware Valley Journal published a story Tuesday about tweets posted by Manuel Guzman Jr., who was named earlier this month as Biden’s deputy coalitions director for Latino communities in Pennsylvania. According to the news report, Guzman reportedly used Twitter to call women “bitch” and “hoes,” suggested that he could hit a woman in retaliation and also reinforced the racist trope that Asians eat cats. 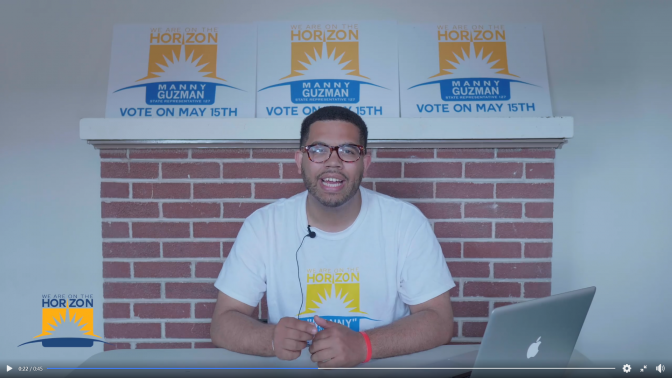 The comments stand in stark contrast to the image Guzman has tried to convey to voters as a progressive fighter for women and minorities. It may also complicate Biden’s effort to engage Latino voters along the 222 corridor.

Guzman, 32, responded to the report Wednesday with a written statement apologizing for his past comments.

“Those tweets do not represent the values that I have today, nor do they represent the values that I will fight for as the first Latino from Reading to be elected to the PA House of Representatives,” Guzman said in his statement. “The truth is, there is no excuse for my words. I was young, ignorant, immature and – like a lot of young people – did not consider the impact my words would have.”

According to Inside Sources, the now-missing tweets from 2011 to 2013 said:

Guzman’s Twitter account shows that he joined the platform in 2011, but his feed does shows no tweets posted before August 2019. His account is also currently protected, which means his posts can only be seen by another user if he approves them.

Guzman did not deny the reporting.

“I want to apologize to my mother, grandmother, my sister, and all the women who have supported me in my life,” Guzman said in his statement Wednesday. “I’ve dedicated my life to serving my community, especially my hometown of Reading because I wanted to work to create opportunity for those who for too long have been left out of our politics.”

Guzman declined to comment further on what effect the report has had in terms of his work with the Biden campaign. The campaign did not acknowledge multiple requests for comment on the report.

His opponent piles on

Guzman is vying to represent the 127th House District, a seat that was held by Tom Caltagirone, a Democrat, for more than 40 years. Early this year, Caltagirone announced he would not seek reelection in 2020, an announcement made after he was accused of sexual harassment.

Gagliardo Wednesday said he was appalled by Guzman’s comments.

“How can someone that even thinks of making comments like that even think about running for public office, or even any kind of position in the public view?,” Gagliardo asked. “That is just beyond my comprehension.”

Gagliardo once served on the Reading City Council as a Democrat but became a Republican in 2016 to support President Donald Trump.

When asked about Trump’s continued use of racist and sexist language, Gagliardo said that sort of talk is OK if made by the president.

“Donald Trump is our president, he’s a businessman, he has proven success,” Gagliardo said. “Manny Guzman is a kid that hasn’t gone anywhere and ain’t going to go anywhere.”

Gagliardo also pointed out that Guzman ran a successful primary for a seat on Reading City Council in 2017 in a district he did not live in. 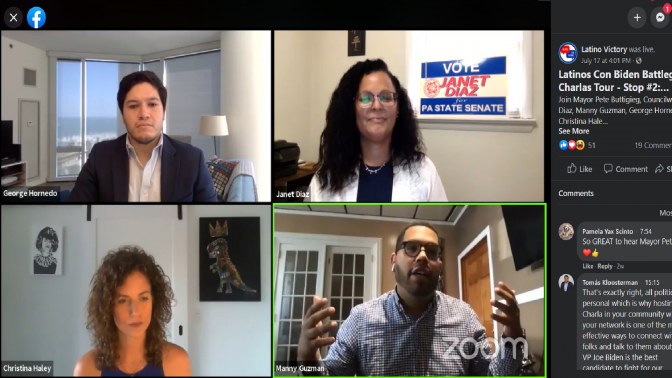 Guzman’s eligibility was disputed after election officials said Guzman was living just outside of the district for which he campaigned. Guzman later dropped out of that race.

Gagliardo admitted that he has probably made distasteful comments online, but said Guzman’s tweets were particularly egregious.

“There’s a lot of things about Manny Guzman that he does not belong in office and, you know, that’s just another one, you know, and now that this stuff is coming up that even more points against him,” Gagliardo said.

Guzman, who is from a Dominican family, has worked as a freelance and technical writer by trade but politics is his passion. He served on the Reading School Board, a position he ran for alongside Eddie Moran, who was elected as the city’s first Latino mayor last year.

Guzman spoke with the PA Post last week about his position in the Biden campaign and his own campaign for the state legislature.

“This is an election that’s going to define the rest of my life, quite frankly,” Guzman said. “The [American] ideals that we’d like to live up to are just going to be eradicated if Donald Trump is reelected for the next four years. And so, this election for me is bigger than my race here in Reading, in the 127th [District].”

The role is not a new one for Guzman. He worked for the Pennsylvania Democratic Party on outreach in the 222 corridor for the successful 2018 reelection campaigns of Gov. Tom Wolf and U.S. Sen Bob Casey.

It is yet to be seen how or if the reports about Guzman’s tweets will affect his own political fortunes and his connection to the Biden campaign.

The campaign for Latino votes

The Biden campaign also shared its detailed Latino agenda last week, a plan that calls for affordable (not universal) health care, economic mobility, investment in educational opportunities, reducing incarceration rates of minorities, and an overhaul of the immigration system. On Friday, the campaign is hosting a virtual roundtable in Pennsylvania, highlighting Biden’s Latino agenda. 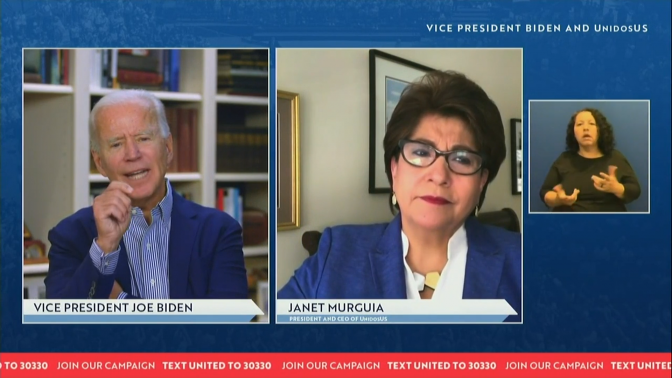 The Trump campaign has a Latinos for Trump site that highlights the issues of faith, freedom, family, the economy and jobs. The page gives a cursory overview of the president’s plans and accomplishments.

The president’s reelection campaign did not respond this week to requests for comment on how it plans to engage Latinos across the commonwealth.

Guzman last week said targeted messaging to Latino voters may vary depending on specific groups of Latinos. When working among Puerto Ricans, immigration may not be as important as it would be among Latinos from the Domican Republic or Mexico, he said.

The left-leaning research center Immigration Hub surveyed more than 9,000 voters in the swing states of Pennsylvania, Colorado, Michigan and Wisconsin and found that the most persuadable voters skewed suburban, white, not-college-educated, and male — an important segment of voters for Trump.

Beatriz Lopez, spokeswoman for Immigration Hub, said Biden has not clearly defined himself on the issue of immigration in a stark and distinct way Trump has.

“Democrats have an opportunity to define themselves, and that includes Joe Biden, but most people don’t know where he stands on the issue,” Lopez said. “There might be a little bit there, but not enough and this is a clear opportunity to present himself as a contrast to the president who has many unpopular stances.”

The coronavirus threat is a problem for every candidate this year, as it shifts the traditional in-person campaigning to virtual events and mail-in voting. In the recent primary many Latino voters in Reading said they were more familiar and more comfortable with in-person interactions and voting.

Guzman last week said the mission remains the same: reaching Latino voters where they are, inspiring them to stand with Democrats and getting them to vote.

U.S. puts Kodak deal on hold amid scrutiny of its finances