Marijuana prosecutions and the push for criminal justice reform

Can a prosecutor support reform while still enforcing pot laws? 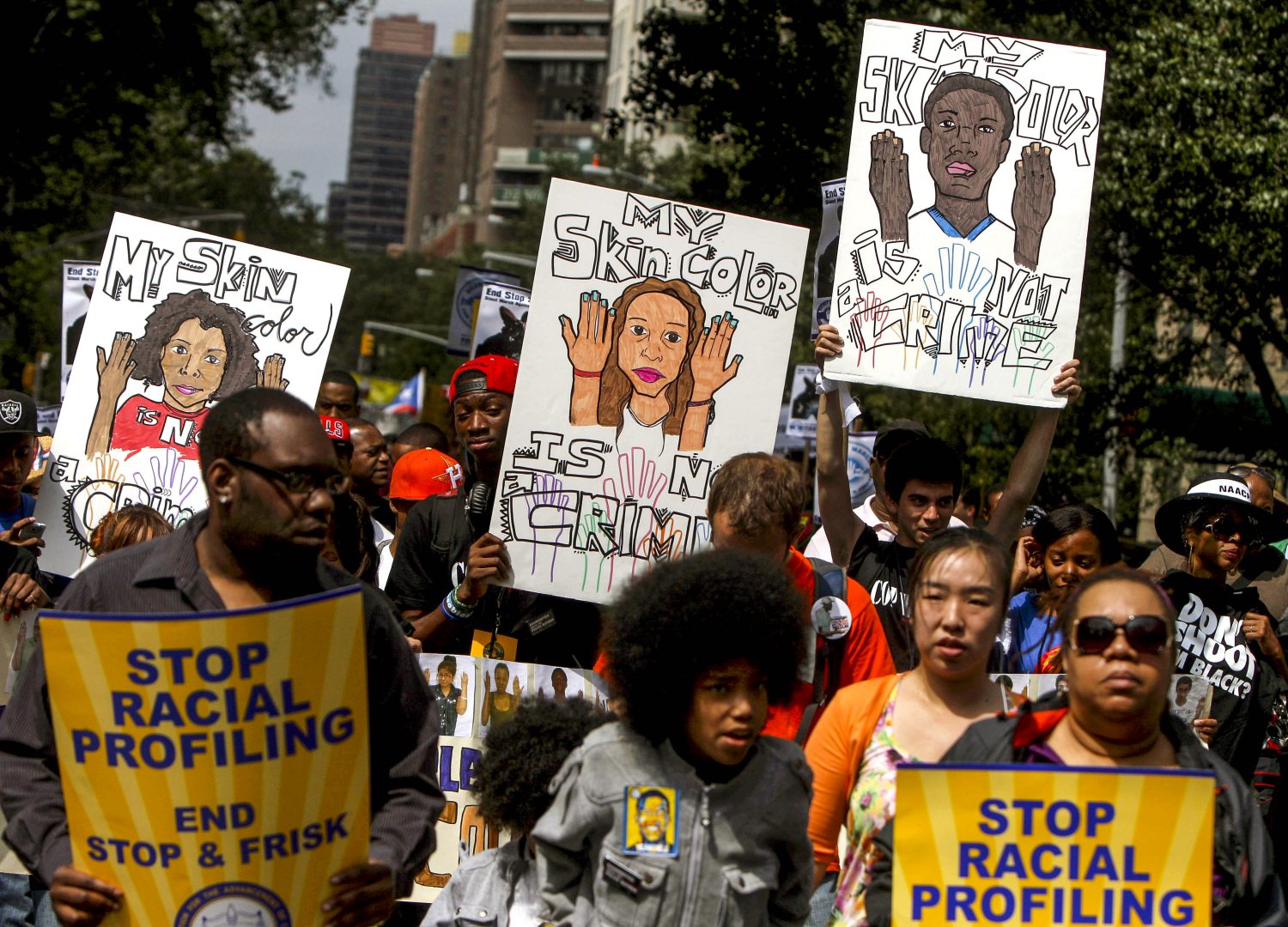 EDITOR’S NOTE: The Context is taking a break, starting tomorrow. We’ll be back soon with our weekday roundup of the best news coverage of issues important to Pennsylvania and Pennsylvanians. Stay cool, and we’ll be back in your inbox soon! Protestors with signs during a silent march to end “stop-and-frisk” program in New York. During the Bloomberg administration, civil rights groups went to court to end the NYPD’s use of a tactic known as “stop and frisk,” which involved detaining, questioning and sometimes searching people deemed suspicious by officers. Finding marijuana was often used to justify the policy. (AP Photo/Seth Wenig, File)

At the end of June, Clarence Hines III was locked up for having 8 grams of marijuana on him and stashed in his car.

Had Hines been back home in Columbus, Ohio, police would have simply issued him a ticket. Had he been thirty miles northeast in Harrisburg, he would’ve gotten away with a small fine.

But because he was in Franklin County, Hines got a week in jail and ended up with $412 in court fines and fees.

Hines’s story, though, runs counter to what the county prosecutor Matt Fogal has said publicly about criminal justice reform and race. A few days after people marched through Chambersburg in early June, Fogal released a letter that claimed support for Blck Lives Matter protests and condemned George Floyd’s killing by police in Minneapolis.

“I encourage you to continue in this positive spirit of change and equality, and to not abandon this momentum,” he wrote in the letter. “Demand that our national and local leaders authentically confront institutional racism.”

The reality, though, is that marijuana prosecutions are a good litmus test for showing how police and prosecutors address crimes committed by Black and brown residents. For example, it’s well established at this point that marijuana is used equally among all groups of people. Your neighbor, Becky, has done it. Your college roommate, Rufus, did it. And there’s a one-out-of-10 chance that you, dear Contexter, have done it, as well.

And yet, Black defendants remain over-represented in arrests and charges. Franklin County is no different, despite Fogal’s public hat-tip to reformers.

For a story published this morning on PA Post, I reviewed six counties’ criminal charges from 2018, along with Franklin County’s 2020 charging data, and found that a quarter of all cases were against Black people, despite them making up only 6.5% of the population in the areas we looked at.

What county has the most disparity in prosecution of Black people compared to its population? Dauphin County. With Blacks comprising only 18.5% of the population, county records show that half of all marijuana possession cases were against Black people in 2018.

Harrisburg, the largest city in Dauphin county, decriminalized marijuana in small amounts in 2016. Still, dozens of people went through the court system and ended up in jail, and they were overwhelmingly Black. One woman was sentenced to a year of jail time after pleading guilty to small possession and having paraphernalia.

Criminal justice reformers say prosecutors like Fogal should end prosecutions for possession of marijuana in small amounts, calling it the single easiest way to address disparities in policing and incarceration.

“This is a first simple step to reduce citizen police encounters over something that is largely harmless and legal for millions and millions of Americans in the U.S.,” said Patrick K. Nightingale, a private defense attorney and chair of the Pittsburgh chapter of NORML, a national marijuana reform group. “As long as prosecutors maintain marijuana prohibition, we are going to consistently see systemic disparity in policing in terms of race.” A Harrisburg police officer talks with Pennsylvania State Police Trooper Ismail El-Guemra, at right. In the background, Rabbi Elisha Friedman walks toward the officers as he describes what he saw.

As a single man without kids, I don’t really have a side in the public-versus-charter school debate. But yesterday, the New York Times released their latest podcast, Nice White Parents. I’m two episodes in and it’s wild, to say the least. From the team that brought you Serial, the new podcast focuses on how a group of white parents in Brooklyn called for less segregation in their neighborhood public school. But when the time came to actually implement the policy, they opted out. But they still have a say in how the schools are run. From the top of episode one: “If you want to understand why our schools aren’t better… you have to look at white parents.” —Joseph