There have now been 27 games postponed by Major League Baseball because of COVID-19 concerns.

(Pittsburgh) — The entire three-game series between the Pittsburgh Pirates and St. Louis that was set to begin Monday night at Busch Stadium has been postponed while the Cardinals deal with a COVID-19 outbreak.

There have now been 27 games postponed by Major League Baseball because of coronavirus concerns. The Cardinals have not played since July 30 and have had 13 games scrapped.

Miami and Philadelphia each had seven games postponed earlier and have returned to the field since the disruptions. 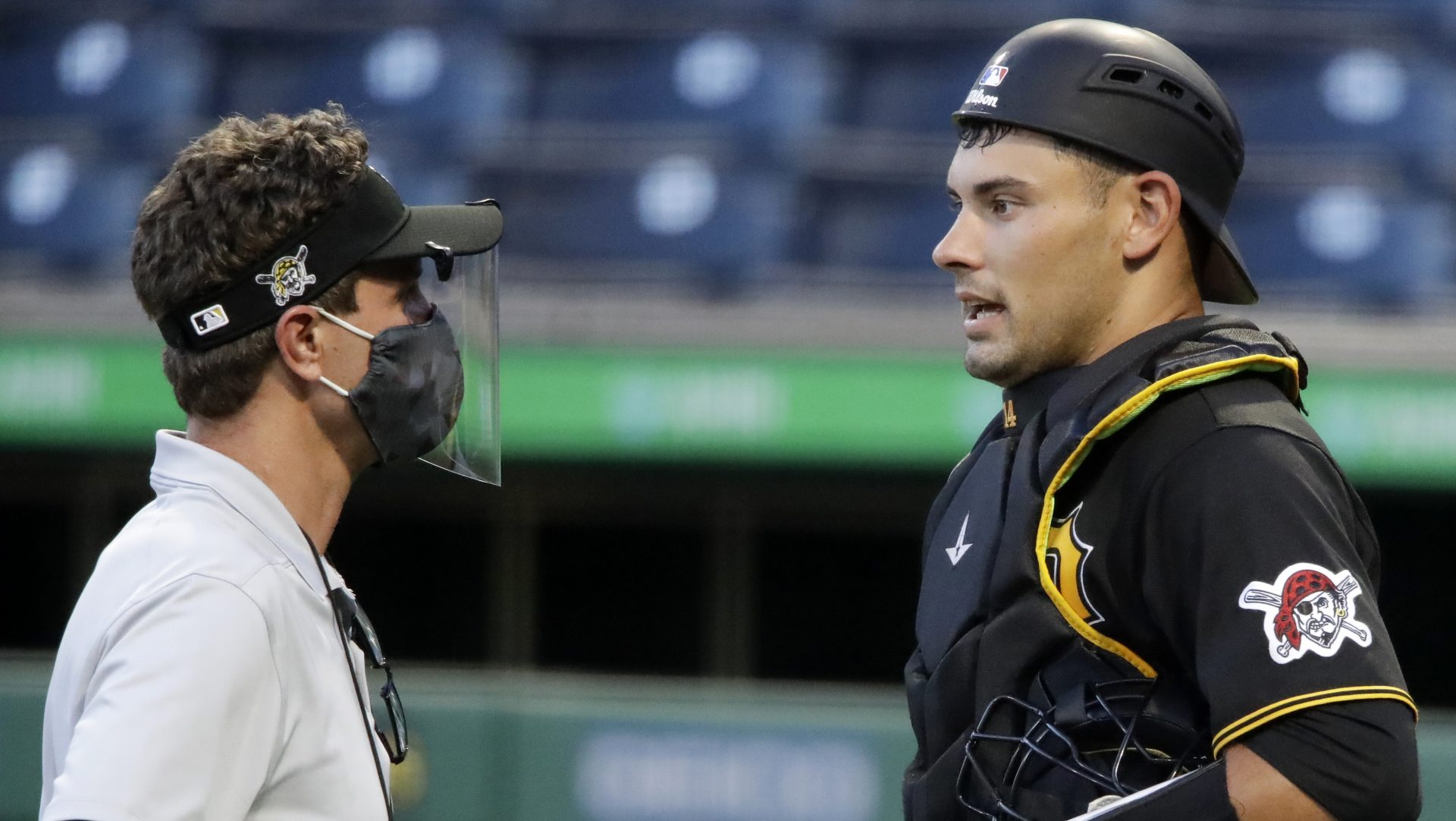 Pittsburgh Pirates catcher Luke Maile, right, talks with a trainer during an intrasquad game during the team’s baseball practice at PNC Park in Pittsburgh, Wednesday, July 15, 2020.

MLB said Sunday night that the league and the Cardinals “believe it is prudent to conduct additional testing while players and staff are quarantined before the team returns to play.”

The Cardinals’ weekend series at home against the Chicago Cubs was called off Friday after two more St. Louis players and a staff member tested positive for the coronavirus. Eight of their players in total have tested positive, including star catcher Yadier Molina.

On Sunday morning, the Pirates learned that Monday night’s opener in St. Louis had been postponed.

“Obviously we don’t want the whole series to get canceled,” Pittsburgh catcher Jacob Stallings said before a home game against Detroit. “I think we’re grateful that we get a day off. It’s been obviously a tough stretch. Our pitching could use it. And you know, we’ve had a tough schedule to start the year, so grateful for the day off, but then also everybody doesn’t want three games canceled; we want to get those games in.”