Trump signs Executive Order that will effectively ban use of TikTok in the U.S.

In practice, experts say it likely will mean the app could be removed from Apple and Google's app stores. 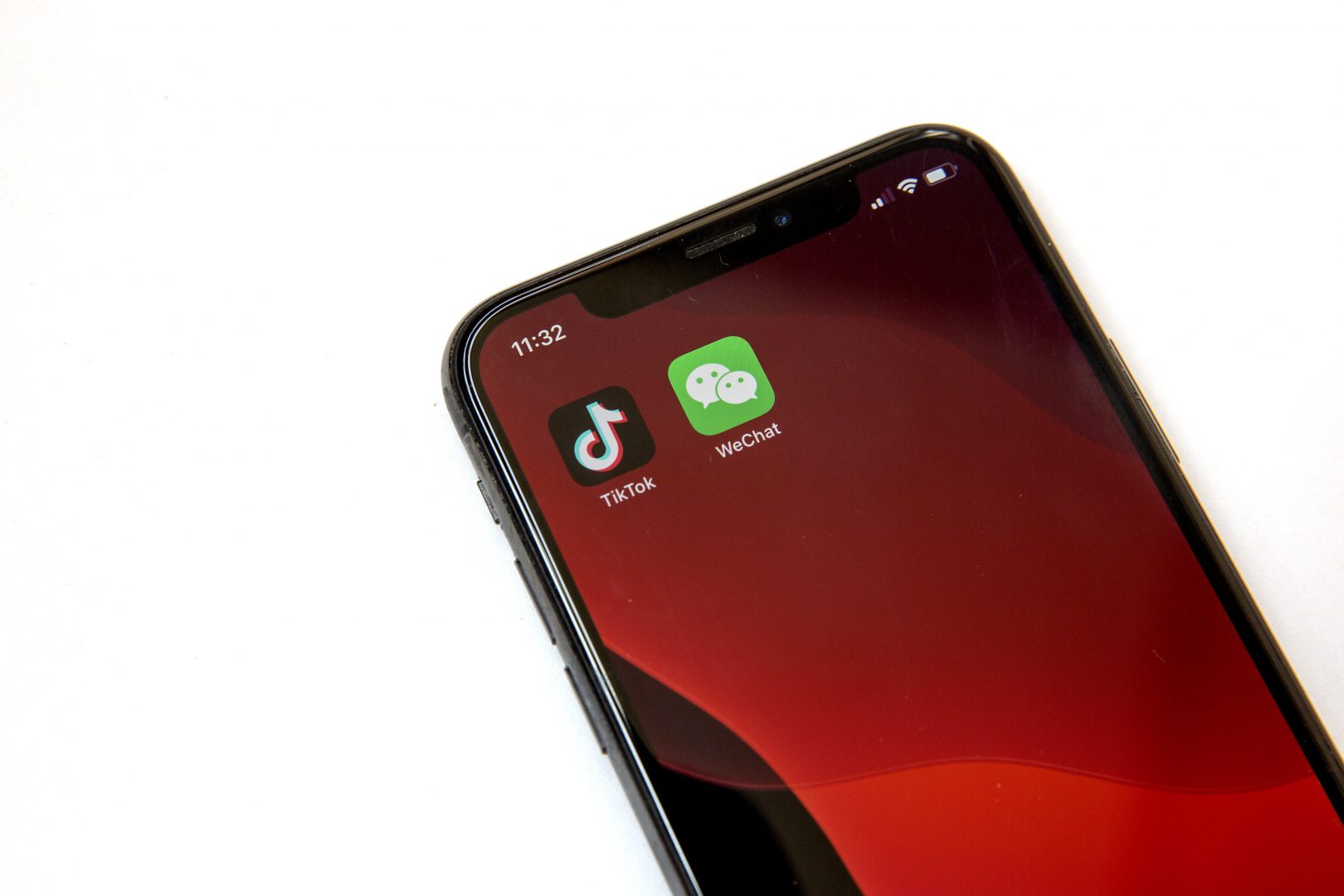 (Washington) — President Trump on Thursday invoked his emergency economic powers to impose broad sanctions against TikTok, a move that steps up pressure on the Chinese-owned app to sell its U.S. assets to an American company.

In the order, which takes effect in 45 days, any transactions between TikTok’s parent company, ByteDance, and U.S. citizens will be outlawed for national security reasons.

In practice, experts told NPR the order likely will mean the viral video service could no longer receive advertising from American companies and the app could be removed from Apple and Google’s app stores.

For the more than 100 million Americans who have downloaded TikTok, experts say the app may no longer be sent software updates, rendering TikTok unmanageable, and eventually nonfunctional, with time.

“When we talk about sanctions against Russian oligarchs and kleptocrats, well, the sanctions are that no American can do business with them,” Stewart Baker, the former general counsel at the National Security Agency, told NPR last month when speculation about the order first began to spread.

Now, that same sanction has been used against TikTok. 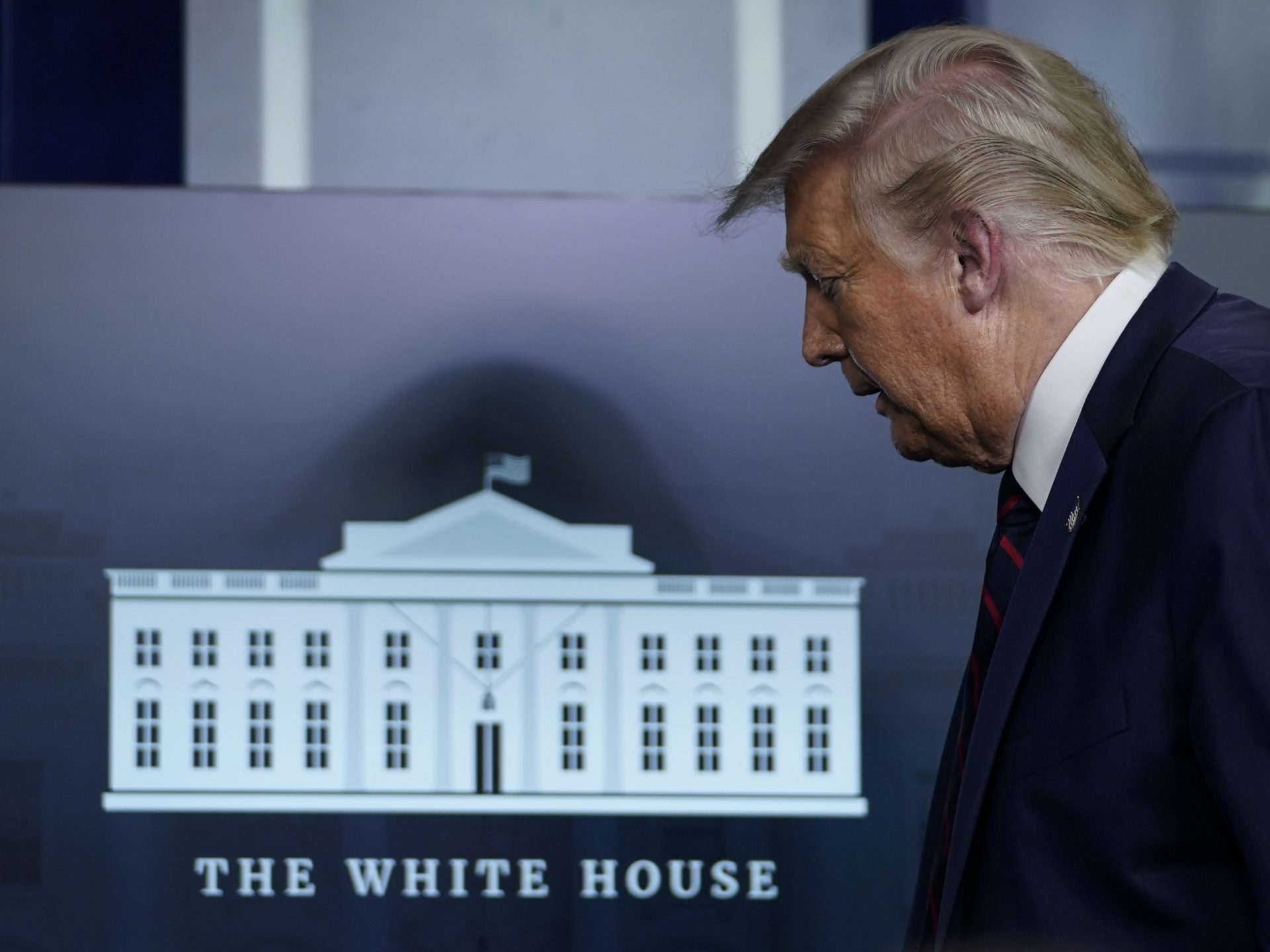 “It’s easy and I think it’s a beautiful setting,” President Trump said of giving his Republican renomination speech from the White House.

In the order, the White House says TikTok captures vast swaths of information from its users, including location data and Internet search history.

TikTok is open about what data it collects, an amount that is on par with what is harvested by apps owned by American tech companies Google, Facebook and Apple.

“While TikTok is being singled out in this executive order, their data collection and sharing practices are fairly standard in the industry,” said University of Notre Dame technology professor Kirsten Martin. “In fact, many fitness apps were banned from use in the military for tracking location data, but we did not ban them from all US citizens.”

Yet the White House says what makes TikTok distinct is the theoretical possibility of it handing over data to Chinese authorities, as the Trump administration wages an intensifying trade war against China.

TikTok has downplayed its ties to Beijing, saying data it captures on U.S. users is stored mostly in Virginia. Officials at TikTok also insist the company has never turned over any data to Chinese authorities, despite the county’s broad national powers to request such data from private companies.

A federal class-action lawsuit involving dozens of American families claims an independent security review of TikTok revealed that the app is siphoning data, including the facial profiles of American children, and sending it to Chinese servers, though the suit does not provide evidence any information has ever been transferred to the Chinese Communist Party.

Since the Trump administration began turning up the heat on TikTok, software giant Microsoft has confirmed it is among a handful of companies in early talks to acquire the short-form video service. 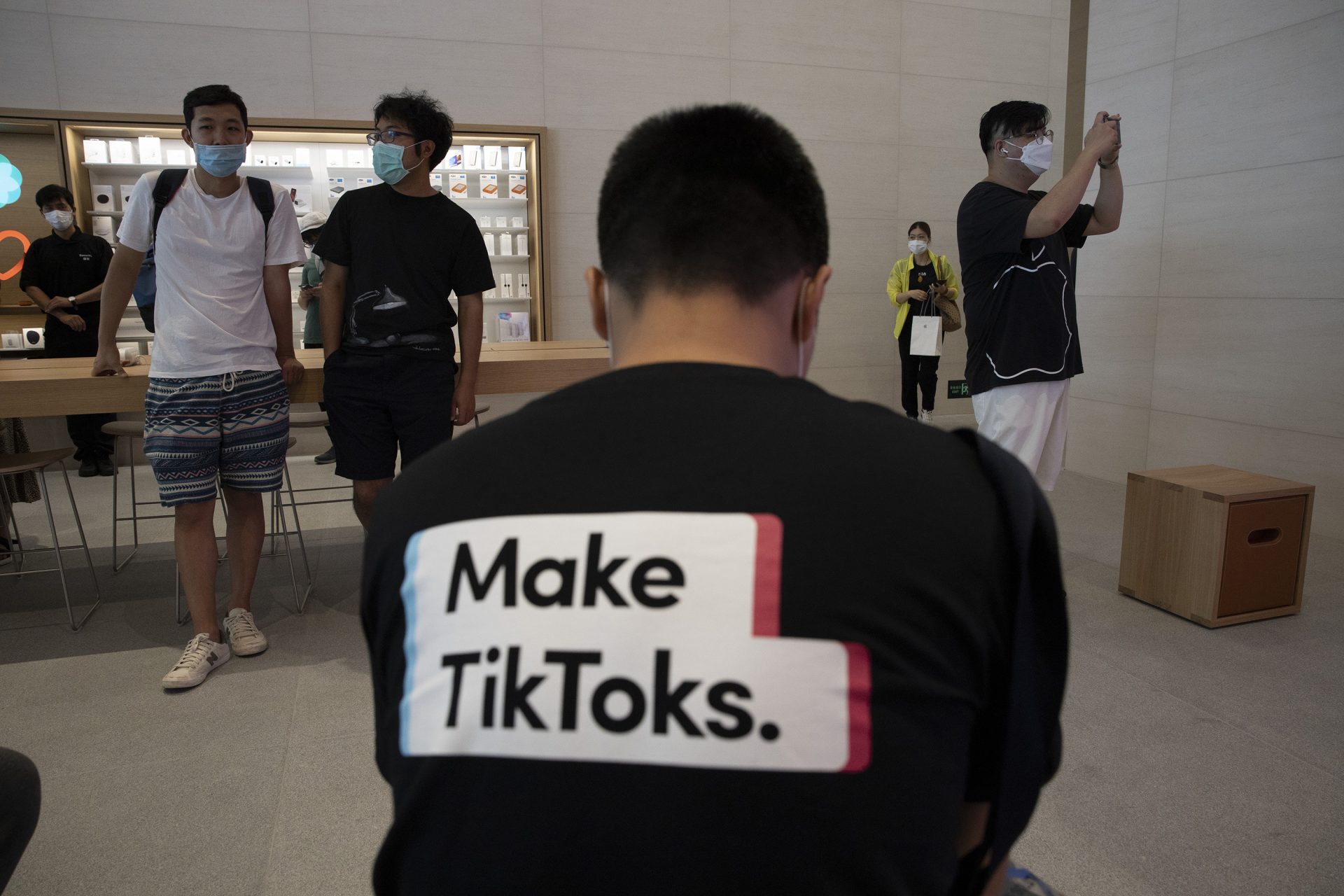 A man wearing a shirt promoting TikTok is seen at an Apple store in Beijing on Friday, July 17, 2020. U. S. President Donald Trump says he wants to take action to ban TikTok, a popular Chinese-owned video app that has been a source of national security and censorship concerns.

For Microsoft, a $1.5 trillion company that has focused its business mostly on corporate clients by selling software and cloud computing services, buying TikTok would be its first major foray into a social media platform popular among young users.

Officials at Microsoft say it is examining a TikTok acquisition that would potentially buy TikTok’s American, Canadian, Australian and New Zealand services, but officials close to the deal say the final offer may include operations in even more countries.

TikTok has accused Facebook of introducing a “copycat” service, arguing the social network is trying to capitalize on the administration’s zeal to punish China for its own benefit.

Trump on Thursday also signed an executive order to restrict the business between China-based Tencent Holdings, the owner of WeChat, and U.S. citizens.

More than a billion people in China use WeChat, an all-in-one app used for messaging, social media and making mobile payments. It is a popular tool for chatting and transactions among Chinese citizens living in the U.S., but the Trump administration says the app could have a nefarious use by authorities in Beijing.

“Like TikTok, WeChat automatically captures vast swaths of information from its users,” Trump’s separate executive order reads. “In addition, the application captures the personal and proprietary information of Chinese nationals visiting the United States, thereby allowing the Chinese Communist Party a mechanism for keeping tabs on Chinese citizens who may be enjoying the benefits of a free society for the first time in their lives.”

On Thursday, the Senate unanimously passed a bill to ban TikTok on government-issued devices, as the view that the app could pose a national security threat to the U.S. gains new bipartisan support in Washington.

A spokeswoman for TikTok did not immediately return a request for comment about the executive order.