In this April 4, 2020, photo, a youth baseball field sits empty at Monroeville Park in Monroeville, Pa. 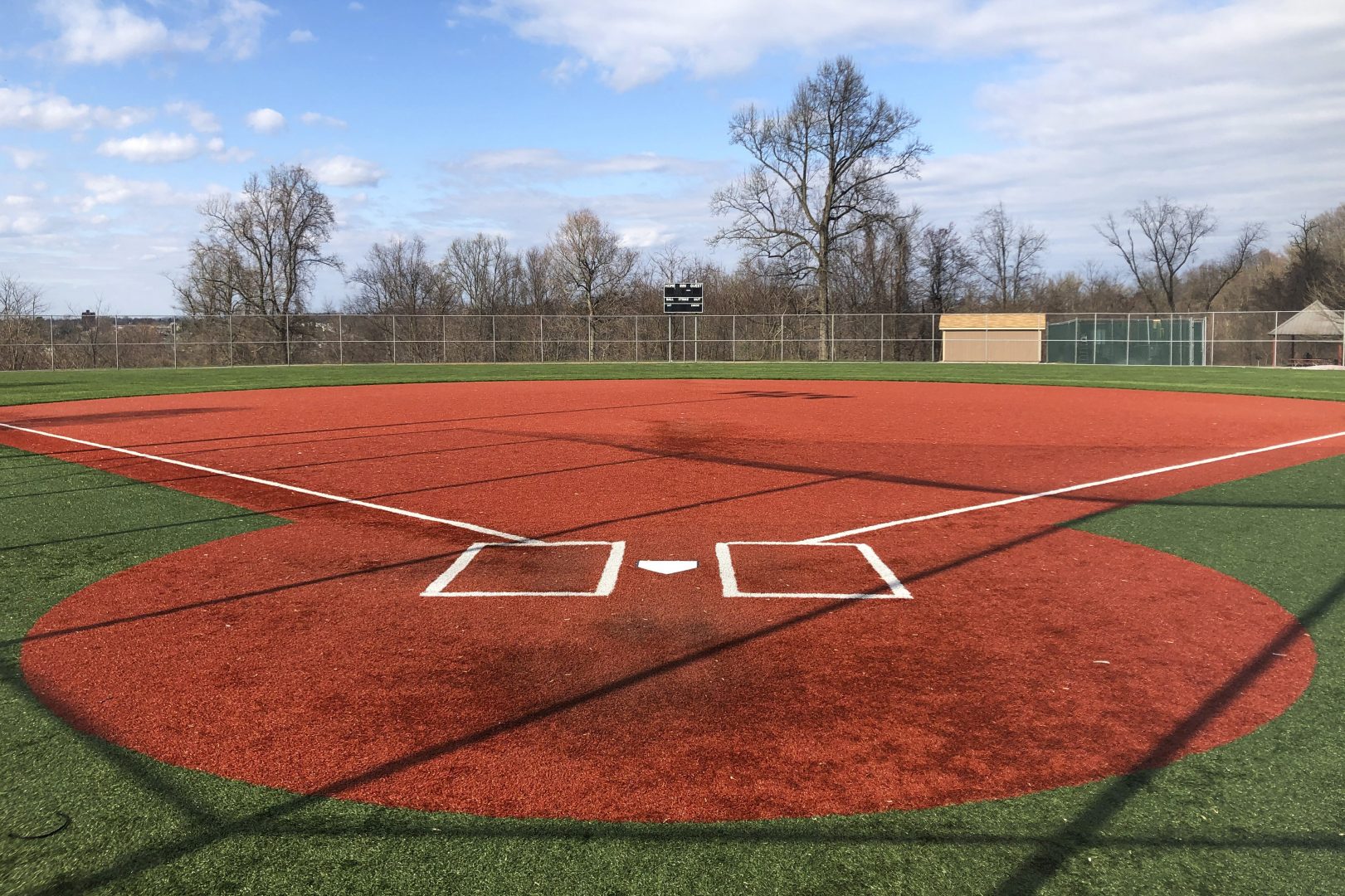 In this April 4, 2020, photo, a youth baseball field sits empty at Monroeville Park in Monroeville, Pa.

(Harrisburg) — Gov. Tom Wolf said Thursday youth sports should not resume until January, a recommendation sure to disappoint students, parents and coaches preparing for fall seasons.

Wolf made the comment at a news conference on a separate subject, roiling the scholastic and youth sports world in the state. He followed up with a news release describing it as a necessary precaution to prevent the spread of COVID-19.

“The administration is providing this strong recommendation and not an order or mandate,” Wolf’s news release said. “As with deciding whether students should return to in-person classes, remote learning or a blend of the two this fall, school administrators and locally elected school boards should make decisions on sports.”

The recommendation from Wolf’s Health and Education departments applies to individual and team sports, both school-related and other recreational leagues, and to games and scrimmages. It does not apply to college and pro sports.

“The guidance is that we ought to avoid any congregate settings. And that means anything that brings people together is going to help that virus get us,” Wolf, a Democrat, said at a news conference Thursday morning in Harrisburg.

“And we ought to do everything we can to defeat that virus. So any time we get together for any reason, that’s a problem, because it makes it easier for that virus to spread. So the guidance from us, recommendation, is that we don’t do any sports until January first,” he said. 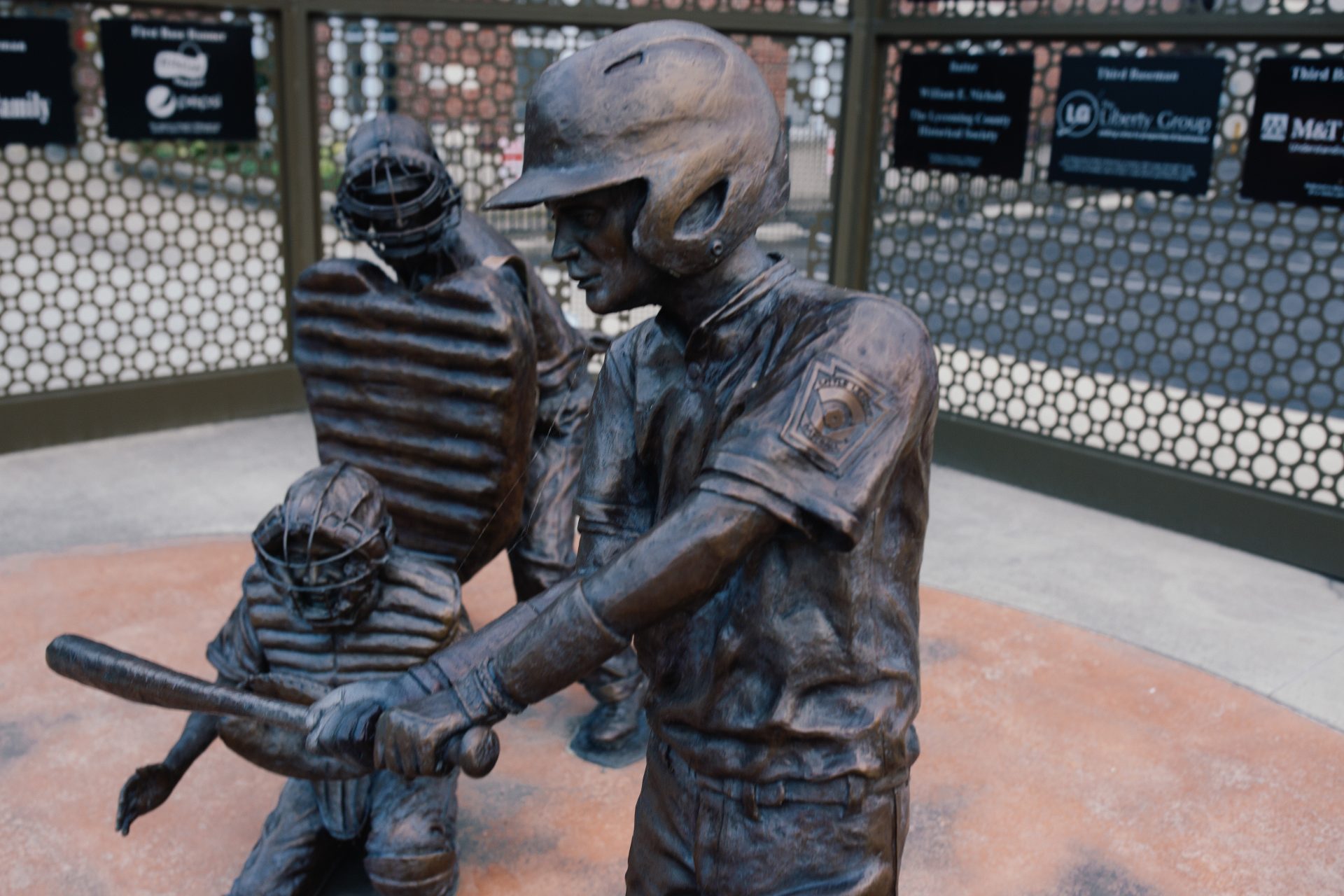 A Little League World Series statue in Williamsport, Pa., is seen on July 21, 2020. The 2020 tournament was canceled because of the coronavirus pandemic.

The Pennsylvania Interscholastic Athletic Association, which oversees high school sports, said its board would meet on Friday and have more to say on Wolf’s recommendation.

“We are tremendously disappointed in this decision,” the association said in a statement released late Thursday. “Our member schools have worked diligently to develop health and safety plans to allow students the safe return to interscholastic athletics.”

A spokesman for Republicans in the state House, Jason Gottesman, called it an “unjustified and inconsistent decision” that raised questions about student-athletes seeking scholarships, and about the process that led to Wolf’s recommendation.

Some schools have already canceled fall sports, and leagues have pushed back start dates.

The Health Department guidance said statewide limits on the number of people who can gather together during the pandemic still apply — 25 people indoors and 250 outdoors, under the current “green” phase of Wolf’s reopening scheme.

“During the yellow and green phases of reopening, sports-related activities at the PK-12 level are limited to student athletes, coaches, officials and staff only. The addition of visitors and spectators will be contingent upon future health conditions within the state and local communities,” the July 15 Health directive states.

In other Pennsylvania coronavirus-related developments:

Pennsylvania deaths from COVID-19 have increased by 38, to a running total of 7,282, the state Health Department said Thursday. There are also 807 new positive cases, making for more than 116,000 since the pandemic hit the state earlier this year.

Philadelphia’s Health Commissioner Dr. Thomas Farley said the city is continuing to see a steady downward trend this week in positive cases with 109 new cases reported Thursday. Farley said throughout the week the number of new cases has been just above 100 each day, lower than the 123 daily average last week.

He said the city is seeing fewer deaths this week with no deaths reported Wednesday and a lower percentage of positives for the more than 3,000 daily test results.

Philadelphia city and school officials announced a new initiative Thursday that aims to get free high-speed internet access to 35,000 households with school-aged children. School district officials said the plan, called PHLConnectED, calls for getting as many households as possible connected before students start the school year, which for many will be all online through at least mid-November.

The program also covers households with students in parochial and charter schools. Philadelphia district officials said about 800 households had already contacted the district for help getting internet access.

The program is funded through a partnership between Comcast, several philanthropic organizations, private companies and about $2 million from the Philadelphia CARES Act.

Many of the homes will be provided with a wired connection, laptops or tablets for each student and multi-lingual training on internet basics from restarting a modem to how much bandwidth can be in use to allow kids to do schoolwork at the same time. School district officials said it will also provide mobile hot spots for children who are homeless or have unstable housing.

AP writer Claudia Lauer in Philadelphia contributed to this story.