Why President Trump’s tweet about delaying election is just noise

Sen. Toomey: 'The President does not have the unilateral authority to do so' 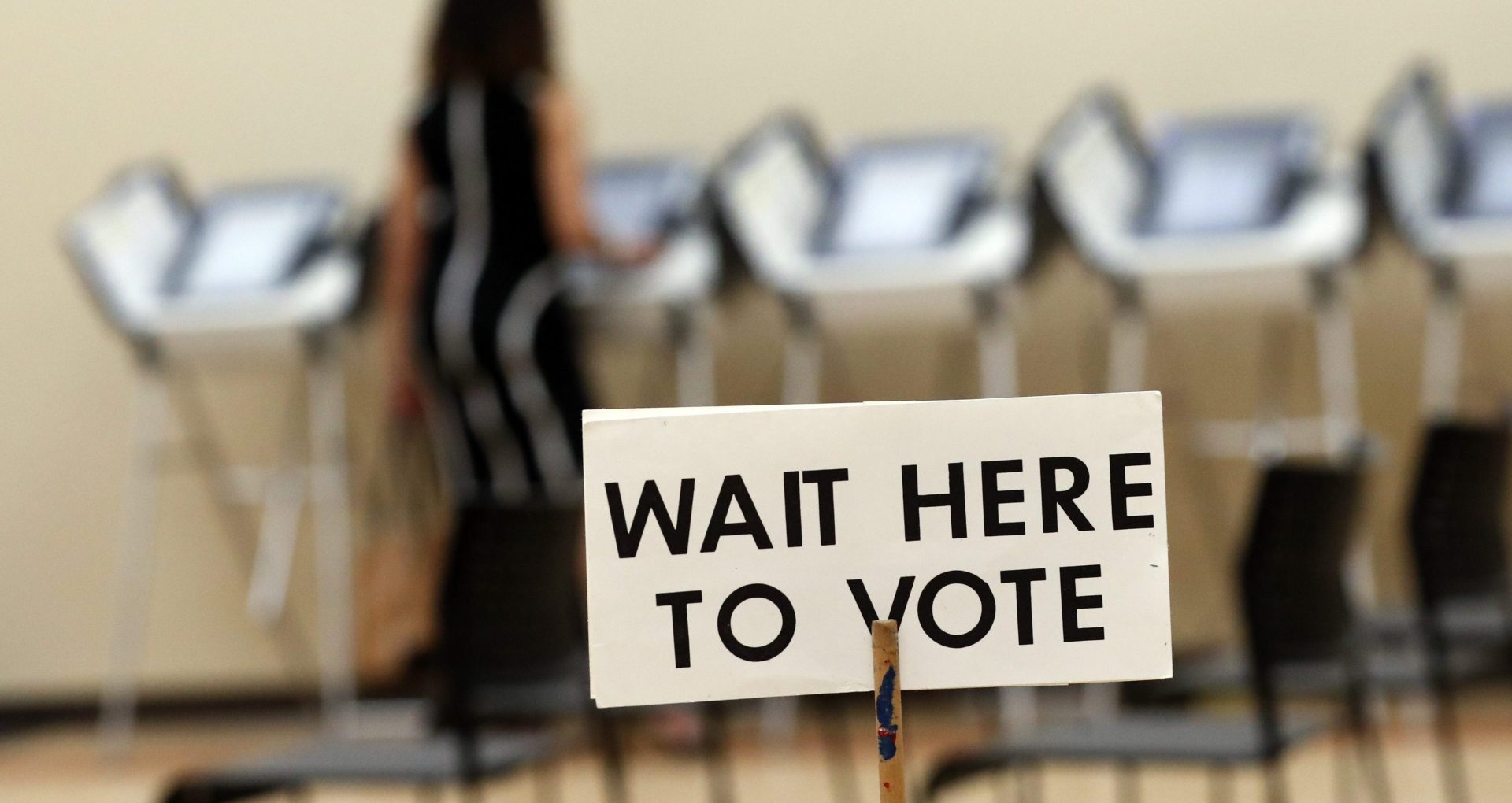 Good morning, Context readers. Today, we’re looking at what the president Tweeted Thursday on voter fraud and suggestion that the election be postponed. But while going through the literature, I came across this interesting report from the Brennan Center for Justice, which found the rate of voter fraud to be incredibly low — between 0.00004 percent and 0.0009 percent. Put simply, incidences of voter fraud are so rare that you’ve got a better chance at getting struck by lightning than finding a confirmed case. –Joseph Darius Jaafari, staff writer “Mark my words: I think he is gonna try to kick back the election somehow, come up with some rationale why it can’t be held.”

That was Joe Biden back in April.

Trump dismissed Biden’s speculation at the time, and some of his campaign staff were harsh in their reactions, including this statement from campaign communications director Tim Murtaugh: “Those are the incoherent, conspiracy theory ramblings of a lost candidate who is out of touch with reality… President Trump has been clear that the election will happen on November 3rd.”

Well, here we are now. Yesterday, the president baselessly tweeted about mail-in voter fraud, writing: “Delay the Election until people can properly, securely and safely vote???”

First, let’s make this clear: The president can’t unilaterally postpone or cancel the November election. Vox, of course, explains how the president can’t do this. “A trio of federal laws set Election Day for presidential electors, senators, and US representatives as ‘the Tuesday next after the first Monday in November.’ If Republicans want to change this law, they would need to go through the Democratic House.”

But let’s get back to the president’s complaint about mail-in voting. It’s simply untrue that voting by mail results in widespread fraud. Even research by conservative groups, such as the Heritage Foundation, have only counted 1,290 cases since 1979. And according to the foundation’s research, Pennsylvania’s 2016 general election resulted in only three people being convicted of voter fraud. None involved voter fraud by mail.

Even the president of the libertarian CATO Institute has consistently denounced politicians who claim the country is rife with voter fraud, saying, “No one dismisses the possibility of fraud. But let’s see evidence, not just anecdotes: How much fraud? Where? How often?… That’s the kind of data we should demand when government proposes to encroach on an expressly conferred right.”

And, that’s kinda the point of it all. If there is mail-in voter fraud to the extent that the President would want to push an election, where’s the proof? – Joseph Darius Jaafari

PA Post’s Ben Pontz took a look at what Pennsylvania laws say about postponing or canceling an election. He writes:

Article II, Section 1 of the U.S. Constitution gives the responsibility of scheduling elections to Congress, and, in 1845, Congress exercised that responsibility by assigning the first Tuesday after the first Monday in November as the date for presidential elections (codified now as 3 U.S.C. 1).

In Pennsylvania, the election date is codified by Article VII of the state’s constitution. The state constitution says that the “General Assembly may by law fix a different day, two-thirds of all the members of each House consenting thereto,” but, again, that would take a legislative act. The Pennsylvania Election Code prescribes a number of contingencies for elections, including the emergency relocation of polling places, requiring the county courts of common pleas to be open to make timely rulings, and even permitting the state to retain paper ballots if the Commonwealth has an emergency need for waste paper. But there is no provision to move the election because of unspecified concerns about the integrity of the vote.

Just to be sure, we checked in with Duquesne University Professor of Law Bruce Ledewitz, an expert on the state constitution, and he was unequivocal: “No, there is no law allowing such a presidential action,” he wrote in an email. Lehigh County Controller Mark Pinsley stands in his office in Allentown, Pa. on July 16, 2020. Pinsley is getting pushback within his county for trying to use his office to push for criminal justice reform. (Joseph Darius Jaafari, PA Post)

Restaurants and bars are struggling under Pa.'s coronavirus restrictions