This summer marks the centennial anniversary of the passing of the 19th Amendment. As part of our Election 2020 coverage and PBS’s The Vote from American Experience, here is a look at one Pennsylvanian’s efforts for women’s suffrage. 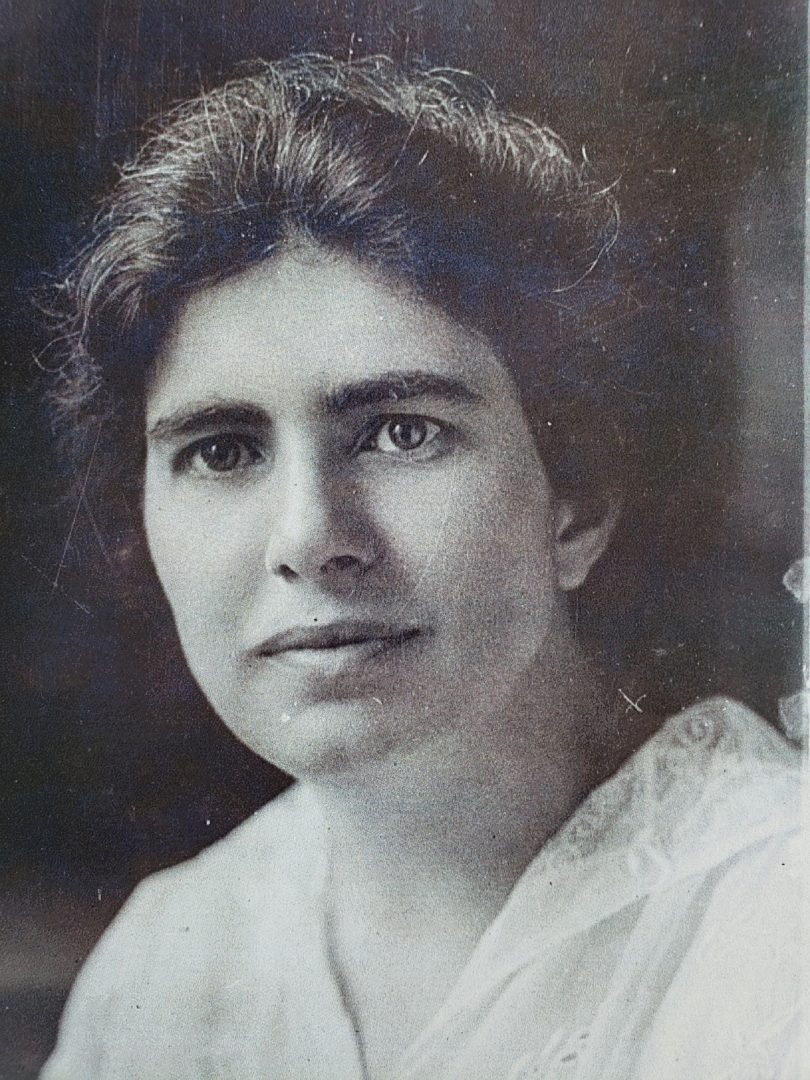 The women who led the movement for the vote in the United States were born in the Victorian area – with corsets, manners and the expectation of motherhood. But with education and the industrial revolution, they ushered in a new era.

“There was a gradual movement away from the idea of middle class white women as being sort of fragile and limited to role of mother and housewife during the Victorian Era, while it was the men’s role to be out in the wider world,” said Amy Ensley, Director of the Hankey Center for the History of Women’s Education at Wilson College.

During this time, many people began to focus on building a well-educated society. As the need for teachers grew, women began filling those roles.

Amy Farrell, professor of American Studies and Women’s, Gender and Sexuality Studies at Dickinson College, said with their education, women began to step into roles previously reserved for men.

“Activists were really tired of this concept of, we’re just going to … So, I think we saw a huge shift there of women taking up more space in public areas and saying, ‘We’ve had it,’” Farrell said.

Hannah Patterson embodied this new type of woman. Though she may not be a household name, Paterson was an integral member of the suffrage movement in Pennsylvania.

Born in 1879 in Smithton, Pennsylvania, she was among the first women in the state to graduate from college and pursue a career. At Wilson College in Franklin County, she learned how to research and speak in public with her experience on the debate team.

In the Victorian era, women were considered fragile. But, Ensley said, the women at Wilson were encouraged to be physically strong.

“Women were encouraged to be active and be outside. Hannah Patterson planed basketball, and field hockey and tennis. And so, she was sturdy and able to travel broadly in her work for the suffrage movement,” Ensley said. 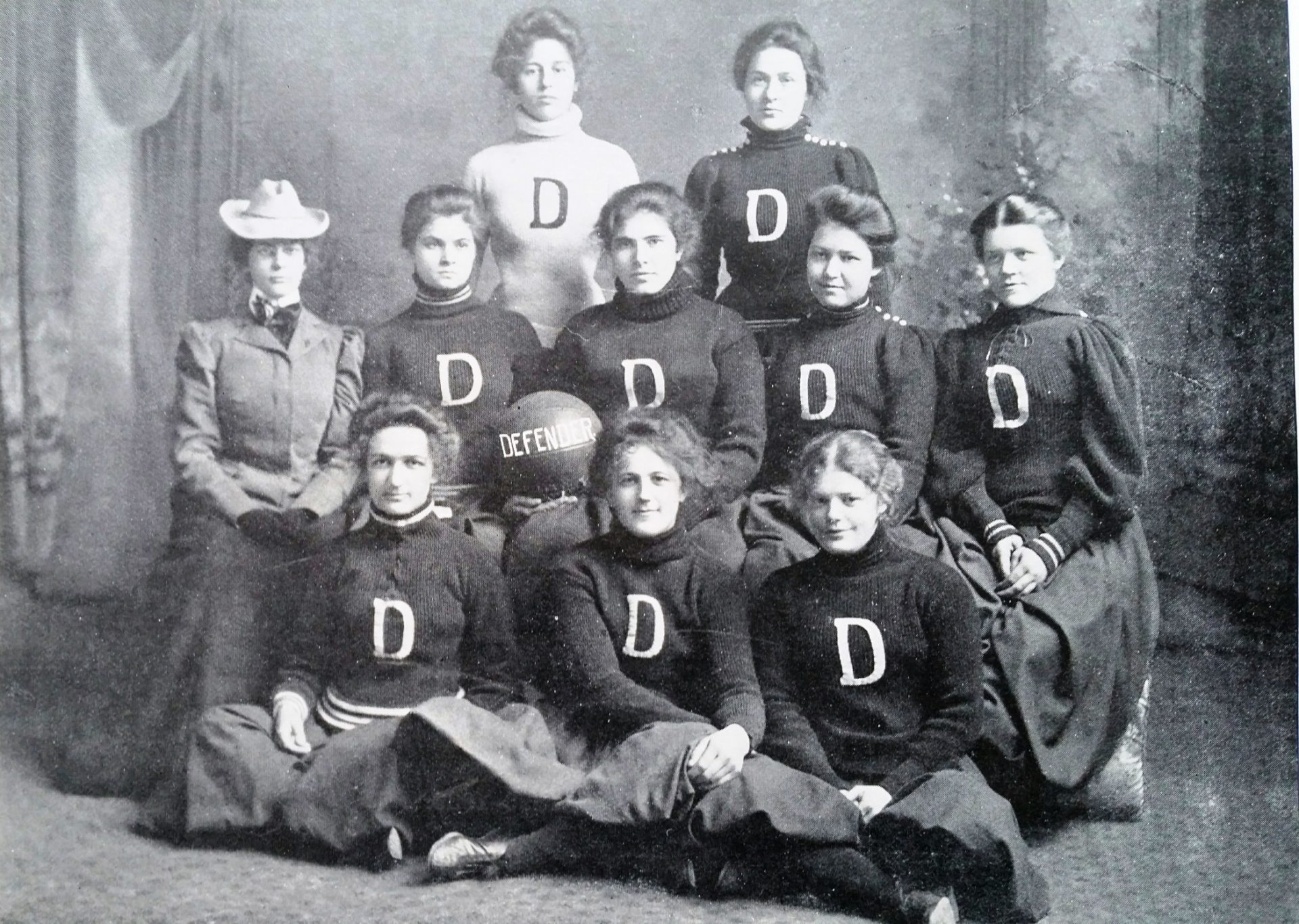 Patterson took the skills she learned at Wilson and channeled them into her career as an activist. She was the first chair of the Pennsylvania Women’s Suffrage Party from 1912-1915, and she became the secretary of the National American Woman Suffrage Association in 1916.

During this time, she advocated for women’s rights and other progressive ideals like child labor and public health laws.

At the Scranton Convention in November 1914, a Philadelphia newspaper the Evening Ledger described her as “one of the most convincing speakers for the cause.”

“Manmade laws down the ages,” Patterson said at the convention, “have been framed to protect property, including woman herself as a chattel; the modern woman wants them framed to protect life, to protect children in the schools and from factories, to raise the age of consent, to give us food free from adulteration…The great importance of this question lies in the fact that, deprived of the vote, women are cut off from the most important field of human activity.”

One of the most well-known suffragettes, Alice Paul, was against women giving up their momentum to join the war effort. Paul and her followers protested and picketed throughout the war.

But Patterson and her group, The Nationals, believed this was their opportunity to prove their worth to the political class.

“Most suffragists said the war effort is really important and that women’s patriotism was a way to gain the respect of men and of the president,” Farrell said.

Patterson became the resident director of the Woman’s Committee of the Council of National Defense in 1917, working directly under the Secretary of the Interior. Based in Washington, D.C., she directed the work with all 48 state divisions and coordinated the flow of information and requests for assistance between the federal agencies and state divisions. 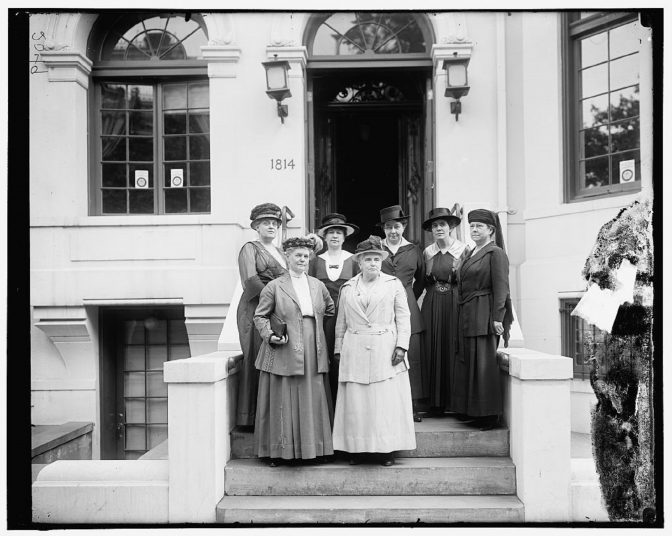 “Patterson’s office acted like a clearing house to match the requests for women war workers with the appropriate organization,” Ensley said. “So, at that time there were about 18,000 individual women’s organizations – everything from the YWCA to different church groups and women’s clubs. And she would match up the requests with different organizations.”

In 1919, Patterson was awarded the Distinguished Service Medal – an honor usually reserved for members of the military. The Secretary of the Interior wrote Patterson’s “effort contributed to the splendid cooperation on the part of the women of the country in a great national emergency.”

After seeing the value of the women’s contribution to the war, President Woodrow Wilson slowly came around to the idea of suffrage. He said, in 1918, the war could not have been fought without the women’s effort. He admitted the least he could do to repay them was to support their effort to gain the right to vote.

Congress officially adopted the 19th Amendment on August 26, 1920. It prohibits the states and federal government from denying the right to vote on the basis of sex.

Patterson spent the later part of her life in Pittsburgh, where she continued her work to elevate women in the political and professional world. She worked as director of the Women’s Department at JH Holmes Investment Securities from 1927 to 1932. There was also an unsuccessful movement to elect Paterson to Congress in 1936. She died a short time later.

She never married, nor had children.

Now, 100 years after the 19th Amendment passed, Patterson’s story and many like hers are relatively unknown. Farrell said she thinks part of the problem is with the way U.S. history is taught.

“We still learn that women were given the vote. And women were never given anything,” Farrell said. “Women fought hard for the vote. And that losing her story is part of that bigger picture.”

Wilson College, along with many other universities, is trying to better preserve and promote the stories of women and minorities and their impact on U.S. History – ahead of what is expected to be an historic election in November.