No, federal agents are not committing ‘war crimes’ in Portland 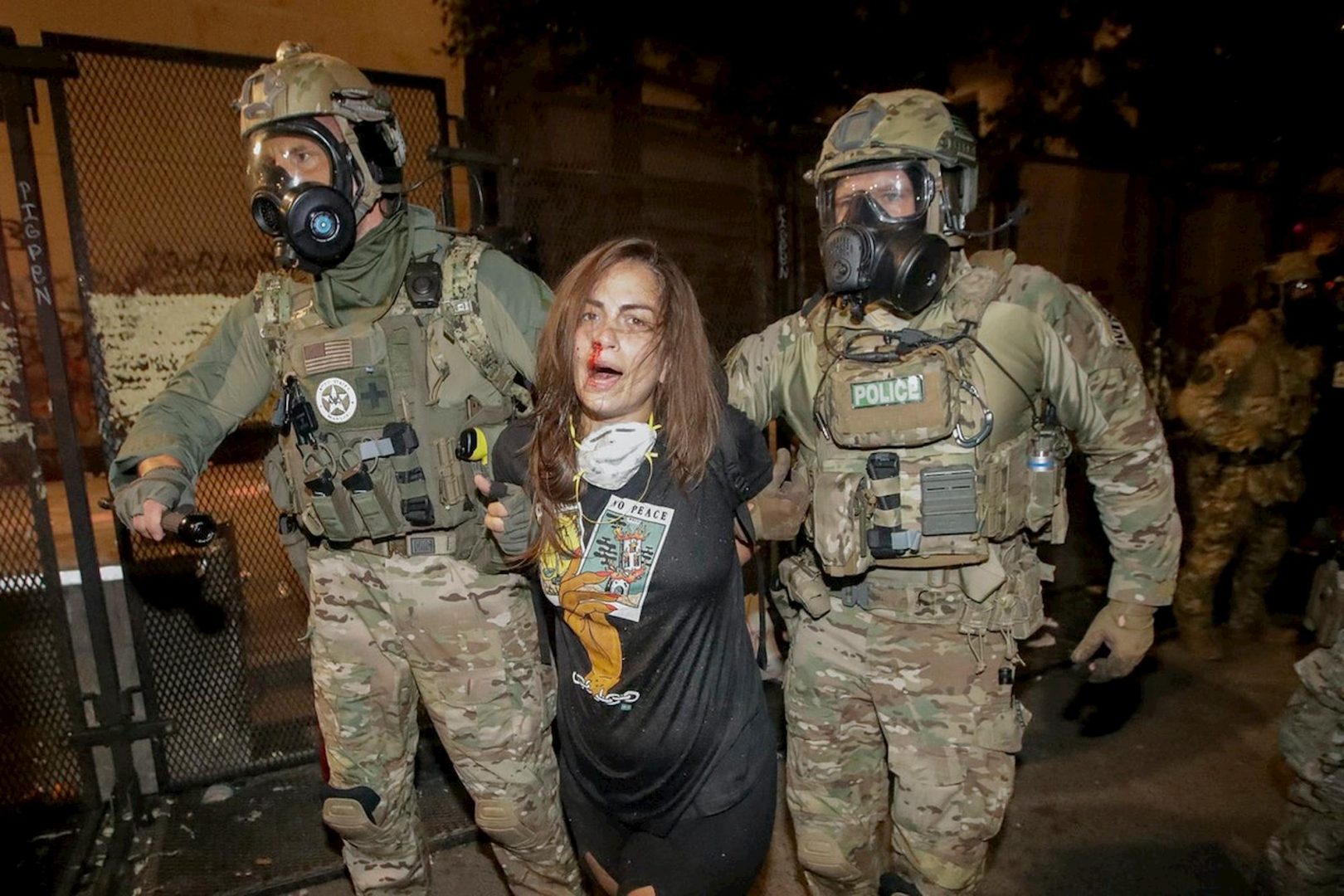 Happy Tuesday, Contexters. I don’t follow sports. I’d rather spend my time making tacos, eating tacos and drinking margaritas. Even the Super Bowl, for me, is just an excuse to go hog wild and eat barbacoa all day. That being said, the collective push to reopen sportsball has run into some *obviously foreseeable* consequences. The Florida Marlins reported 11 coronavirus cases a day after completing a visit to Philadelphia. That news prompted the postponing of a New York Yankees-Phillies game scheduled for last night. I say, let’s give professional sports a break until the virus threat recedes. In the meantime, we should invest more time into crafting the perfect pico de gallo recipe. Got one? You can drop those recipes in our Listening Post or just reply to this email. We’d all appreciate it. — Joseph Darius Jaafari, Reporter President Trump dispatched federal agents to Portland, Oregon, more than a week ago to, he said, protect the federal courthouse and other government facilities in the city. The White House followed up saying it was sending agents to other cities, including Seattle, Chicago and Kansas City. Just yesterday, the president said he was sending 150 more agents to Portland.

Mayors in those cities said the feds weren’t needed or wanted. But they came anyway, and soon after we were treated to endless coverage of clashes between protesters and federal agents. The images showed feds using pepper spray, tear gas and “flash-bang” devices, while protesters pushed against barricades and hurled projectiles at the officers in riot gear (plenty of observers say the feds’ actions escalated the protesters’ responses, but surely there were protesters who took advantage of the situation).

Plenty of people watching have been arguing about the feds’ tactics. One accusation leveled by supporters of the protesters is that the actions taken by federal agents violate international law, more specifically the Geneva Conventions.

As concerning as the tactics used by the federal agents are, they are not a violation of international humanitarian law, also known as the law of armed conflict, says Sara Elizabeth Dill a partner at the DC-based law firm Anethum Global. She’s also the Arab Region Officer for War Crimes for the International Bar Association.

Dill spoke with me about the protests. Below is our conversation, edited down:

Joseph: Sara, let’s be clear with one thing off the bat: What is a federal officer? Is it FBI agents? Or something else?

And there is the big difference: Agents working for agencies with long histories in law enforcement are, for the most part, extremely ethical. The instances of them stepping outside of the law are rare, in my experience. These are officers with advanced degrees. You’re dealing with a much different caliber of officers. I’m talking about FBI, U.S. Marshals and those kinds of law enforcement.. They are usually the ones executing arrest warrants and otherwise familiar with intense situations.

Joseph: But the agents being sent to Portland aren’t trained in dealing with civilians, for the most part.  Couldn’t that be a problem when dealing with protesters?

Sara: The agents you have in the other agencies don’t necessarily have that level of training. They studied and have been trained, but they may not have engaged in real life scenarios involving protests or crowd control. For example, you have Drug Enforcement Agency agents who may be familiar with conducting drug raids on houses, which is high intensity, but they may never have dealt with crowd control where someone is screaming at them for three hours, unarmed and just holding a line.

Joseph: And how do you feel about the response, specifically when we see federal officers tear gassing protesters or destroying the protesters’ unofficial medical triage tents?

Sara: I think the response from all law enforcement has been piecemeal. Just like we haven’t had a coordinated response on COVID-19 across the nation, the same thing has been for responding to these protests. And we have varying levels of violence and property destruction in different cities.

But keep in mind, they are protecting federal property. It’s not just the outside, it’s what’s inside. That federal courthouse could be the only place that houses the documents of someone who is wrongfully convicted. It’s personal property inside. There is a reason to protect that land.

Joseph: You’re very careful to say that this isn’t a political problem, though. You say federal law enforcement – under multiple administrations – has been used in suspect ways. Please explain what you mean?

Sara: I think what some people forget – because we don’t see it in our day-to-day lives – is the power of the federal government. I was one of the few people who read the entire Patriot Act, a bipartisan law that expanded these federal police powers, because I had a banking client and we needed to know how it would affect business.

Since then, power continues to be used expansively under every administration. Under the Obama administration, we saw how he used federal agents to enforce arrests under immigration law, which establishes fewer rights and has a much lower burden of proof for detainment.

George W. Bush had a lot of problems as well, torture being everyone’s focal point, but the power and use of federal law enforcement in broad ways is not one party or the other. It’s something that has been justified for over a decade.

Sara: Many will say now that since we have not had attacks on U.S. soil, that these expansions of law enforcement worked and are justified. But getting caught up in political blaming on the current situation with the protests takes away from the issues we need to focus on.

Joseph: You’re also online arguing against people who are comparing what’s happening in Portland to violations of international law. Why is this such an important argument for you?

Sara: The Geneva Conventions – war crimes, international humanitarian law – apply to international armed conflict between two states that are parties to the protocol. Since we have a non-international or potentially internal armed conflict, different rules apply to trigger Common Article 3 of the Geneva Convention. If we are going to call the protests that and accuse the government of committing war crimes, then we would be recognizing the protesters as an organized, armed group.

Joseph: Something they probably don’t want to admit to.

Sara: I don’t think they would. It also imposes obligations on both sides as to what they can legally do, and both sides could be found guilty of war crimes. For example, defacing or destroying federal buildings or private civilian property can be considered a war crime. It also means the government can detain prisoners of war, without necessarily the due process that these protesters would otherwise receive under standard criminal procedure.

People need to step back from this a bit and recognize that what they’re saying isn’t accurate, and if they want it to be there will be consequences that maybe they don’t foresee. I think it is dangerous to engage in this rhetoric, I do think there needs to be some tempering.

Joseph: But federal agents appear to be acting pretty unscrupulously.

Sara: There are certainly human rights standards and customary law conventions that do apply in these situations and should be considered in evaluating the police, law enforcement and the government’s conduct – as well as protesters’ conduct. I don’t want it to appear that I’m saying everything is fine. I’m just saying that the Geneva Convention or war crimes is not the context that should be used to consider what is lawful. A few more reads worth your time: