Nita Weightman, right, brings diapers and food for curbside pickup to a family in need in Philadelphia, Tuesday, April 21, 2020. .

"We’re going to have to learn how to live with it and how to manage it.” 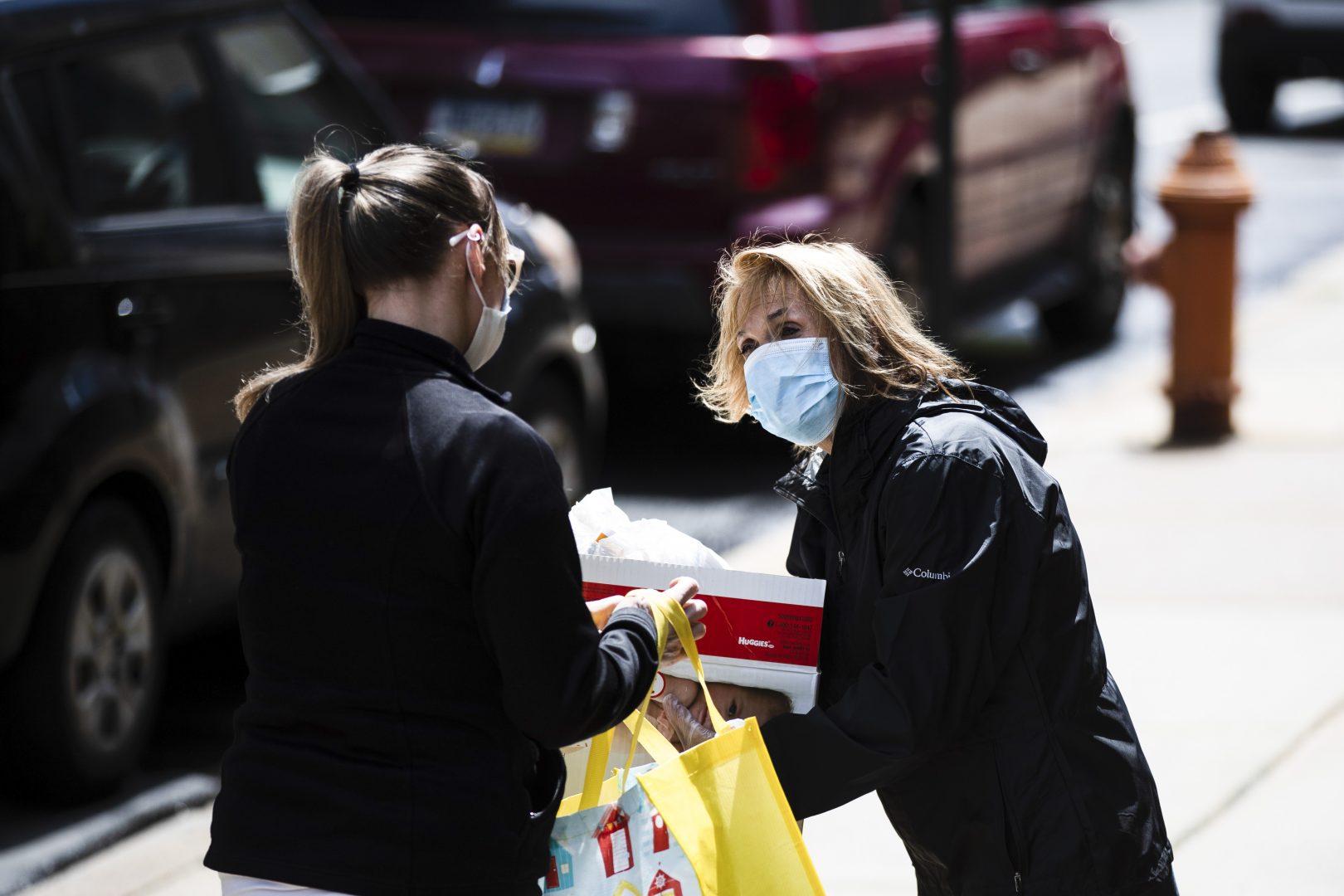 Nita Weightman, right, brings diapers and food for curbside pickup to a family in need in Philadelphia, Tuesday, April 21, 2020. .

(Philadelphia) — Over the past week, Philadelphia averaged 138 new cases of COVID-19 each day — an increase over the previous week’s daily average of 110 cases.

Health Commissioner Farley said the past week’s daily average could increase once delayed results are tallied.

“We’ve been between 5% and 6% since mid-June, as far as the percent positive, but still the trend that there’s any increase at all is concerning to us,” Farley said.

While the city’s testing more, it’s continuing to have problems with long delays from LabCorp and Quest, which perform around a quarter of Philadelphia’s tests. Farley said they’re working on identifying other laboratories that can help pick up the slack. In the meantime, he said, people can expect longer wait times for test results.

“In the region as a whole, we’re seeing case counts rising, in Bucks County and in Delaware [County], and Pennsylvania as a whole,” Farley said, adding that local conditions mirror increases through the South.

“Overall, the message is that the epidemic is not over,” Farley said. “The virus is still here, and maybe growing here in Philadelphia, and we’re going to have to learn how to live with it and how to manage it.”

Farley again reiterated the power of social distancing and masks to reduce the spread of coronavirus, while acknowledging the negative consequences to the city’s economy — and public health.

“This virus kills, but unemployment also is associated with increased mortality,” he said. “So unemployment kills too, and poverty kills too. On the other hand, if we just ignore the virus and let all activities start again, we know that the virus surges, and then deaths from the virus surge as well. That’s what happened in Florida. That’s what happened in Georgia. And that’s what we don’t want to have happen here in Philadelphia.”

Farley said the city is trying to strike a balance by allowing lower-risk activities and prohibiting higher-risk ones.

Farley also provided more information about school sports, saying that city guidelines don’t prohibit competition between teams, but that they strongly recommend against it because of the close exposure of participants.

“So we recommend that athletic teams focus on individual skill-building instead of competitions,” Farley said. “Any activity that a sports team is involved in, whether it’s skill-building or competition, has to follow the rules, which means fewer than 50 people at one time.”

That includes all participants, including coaches and referees. Sports activities should also not include unnecessary people, like spectators.