Rep. Seth Grove said potential penalties could include withholding funding from agencies that fail to comply.

In debate over the limits of government transparency during emergencies, Wolf to veto a bill passed unanimously by the legislature 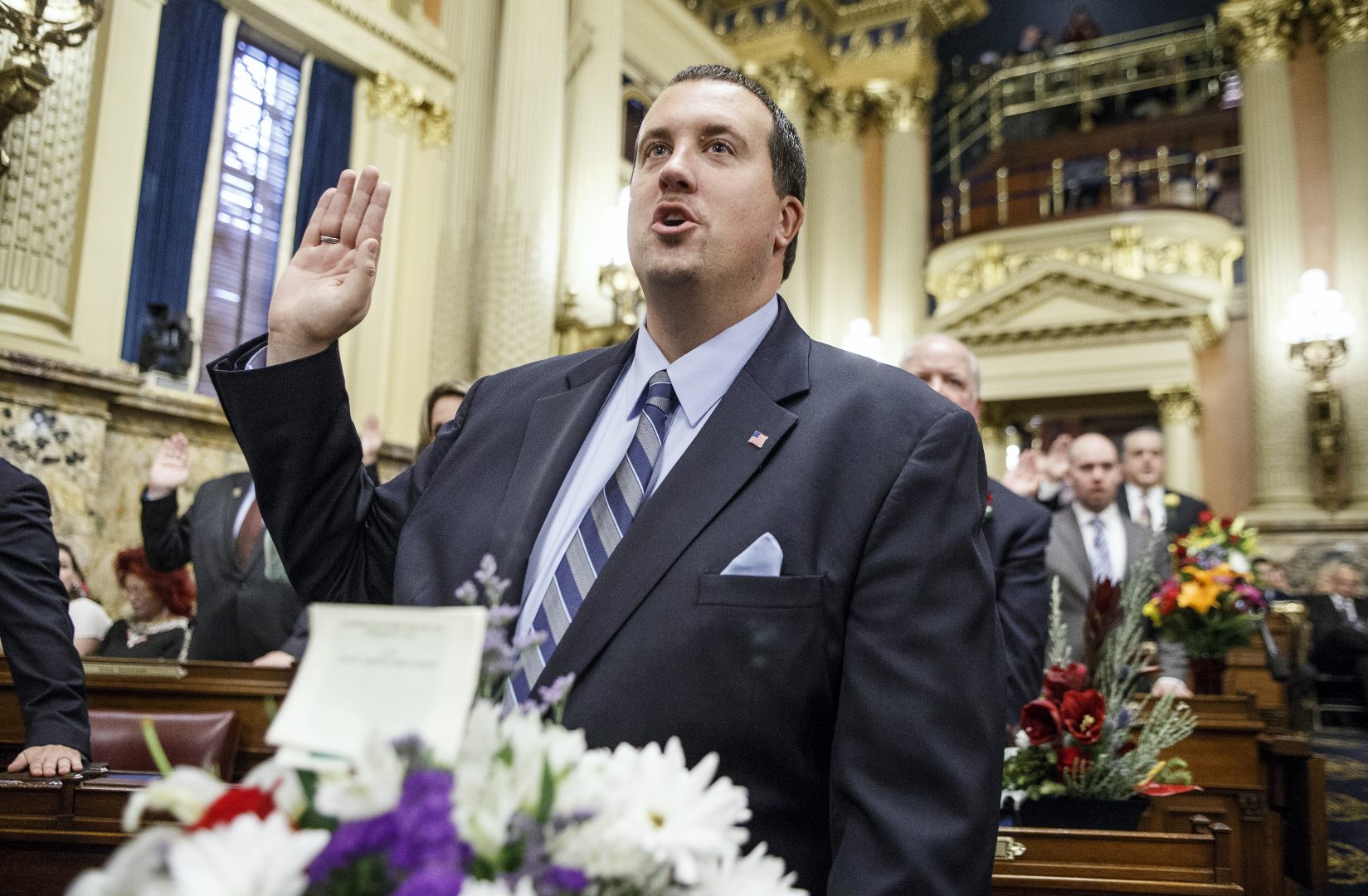 Rep. Seth Grove said potential penalties could include withholding funding from agencies that fail to comply.

UPDATE: Gov. Wolf allowed the bill to become law without signing it on Sunday, July 26. Under the Pennsylvania Constitution, if a governor does nothing for ten days after a bill is presented, it becomes law automatically. Wolf released a statement Sunday evening indicating that is what he would do. His statement condemned the legislation as a “messaging bill” that was “poorly drafted,” calling the legislature “contrarian for contrarian’s sake.”

Gov. Tom Wolf’s pledge at a news conference last week to veto House Bill 2463 would make him the first Pennsylvania governor to use the veto pen on a bill that unanimously passed the legislature since 1978, the bill’s sponsor said during a press call Monday.

“I’m a firm believer that there should be more scrutiny during these times,” he said.

The bill would require state agencies to follow Pennsylvania’s Right-to-Know Law throughout declared disaster emergencies. The Right-to-Know Law guarantees public access to government records unless there is another federal or state law, judicial order, privilege (such as doctor-patient or attorney-client), or other exception that prohibits disclosure.

Generally, records must be provided within five days, though agencies frequently claim a 30-day extension.

After Wolf’s declaration of an emergency in March, some state agencies stopped processing Right-to-Know requests for more than two months — a time when a stay-at-home order kept many offices closed. Ceasing work on filling Right to Know requests was allowable under state law and guidance from the Office of Open Records (OOR), but it led to frustration and confusion as Pennsylvanians tried to learn more about the state’s business waiver program, the metrics guiding its public health interventions, and other aspects of the state’s coronavirus response.

That last point is a subject of particular contention. Lyndsay Kensinger, spokesperson for Gov. Wolf, said the bill would force “the problematic and risky disclosure of information related to critical infrastructure and various other public safety sectors.”

She listed several specific examples of information the governor deems problematic to disclose.

Melissa Melewsky, an attorney for the Pennsylvania NewsMedia Association who frequently counsels journalists on the Right-to-Know Law, said the existing statute offers the state plenty of possible exceptions to prevent the release of the information the governor says is problematic.

“There are exemptions for trade secrets, confidential and proprietary information, individuals’ medical information, investigation exemptions, and several related to safety and security risks to individuals, buildings, and critical infrastructure, to name just a few,” she said.

And the text of the bill makes explicit that its provisions would not supersede the exceptions contained in existing law, both those written into the Pennsylvania law and those deriving from other federal and state laws.

To Melewsky, the bill bolsters the public’s right to transparency during emergencies, and she urged the governor to sign it.

“From a legal perspective, it is important, when we’re dealing with an extraordinary circumstance, to have an extraordinary law to protect transparency in Pennsylvania,” she said. “From a practical perspective, we believe the governor’s administration had made a very good effort to be responsive to our members. Unfortunately, what our members ask for isn’t always provided. In those situations, the public’s only option is to fall back on the Right-to-Know Law, and if that’s not active, that can leave a significant hole in transparency.”

Grove noted that his bill is not aimed at forcing public records officers to take extraordinary risks to fulfill requests for documents and information. If, for example, a sinkhole were to open up and state building were to fall underground, the Office of Open Records could issue guidance to prevent the Right-to-Know Law from being a suicide pact requiring the production of documents.

“The employees aren’t going to have to go spelunking to get data,” he said in a follow-up interview.

OOR Executive Director Erik Arneson did not take a position on the bill itself, but he said that his agency is prepared to assume the responsibilities the bill would assign to it. He added that the Right to Know Law’s emergency provisions were written with more short-term, localized emergencies like floods and wildfires in mind rather than prolonged, statewide shutdowns. With that, he said he welcomes conversation about codifying procedures moving forward.

“I think this is a good moment to review what has happened over the past few months and try to chart a path forward that is a little more clear for agencies and requesters,” he said. “A lot of this happened without any rulebook in place.”

Unlike state agencies under the direct control of Gov. Wolf, the Republican-controlled legislature and Democrat-controlled row offices (Attorney General, Auditor General and Treasurer) have continued to process Right-to-Know requests throughout the pandemic, work that included producing physical records.

Spokespeople for the House and Senate Democratic leaders both reaffirmed their caucuses’ support for Grove’s bill on Monday, but neither would say whether Democratic legislators would support a potential veto override effort.

“House Democrats supported the bill as a reinforcement of the existing Right-To-Know Law. It’s possible to resume normal processes under that law while still having the very important exceptions for private individual information and concerns about the security measures of certain facilities,” said Bill Patton, a spokesperson for House Minority Leader Frank Dermody (D-Allegheny).

Brittany Crampsie, a spokesperson for Senate Minority Leader Jay Costa (D-Allegheny), said, “The caucus feels that strengthening the Right to Know Law was important and that information should be shared whenever possible.”

Both the House and Senate are in recess with the next scheduled session days set to fall in September, though leaders in both chambers have signaled that session could reconvene in August to consider legislation related to the November election.

Jason Gottesman, a spokesperson for House Majority Leader Kerry Benninghoff (R-Centre), said the House leadership is waiting to see what happens before committing to scheduling an override vote.

“Right now, we hope the governor will do the right thing, listen to the unanimous vote of the General Assembly, and sign this bill,” said Gottesman.

It would take at least 27 Democrats in the House and five in the Senate to join unanimous Republican caucuses to reach the two-thirds threshold needed to override a veto. Through more than five years in office, Wolf has never had a veto overturned. His spokesperson reiterated Monday afternoon that he would veto it by the end of the week. A veto override could be attempted at any point in the remainder of the 2020 legislative session.