Chambersburg postal workers refuse to wear masks, and the state can’t do anything about it

The situation highlights how safety precautions to prevent the spread of COVID-19 have become part of election-year politics. 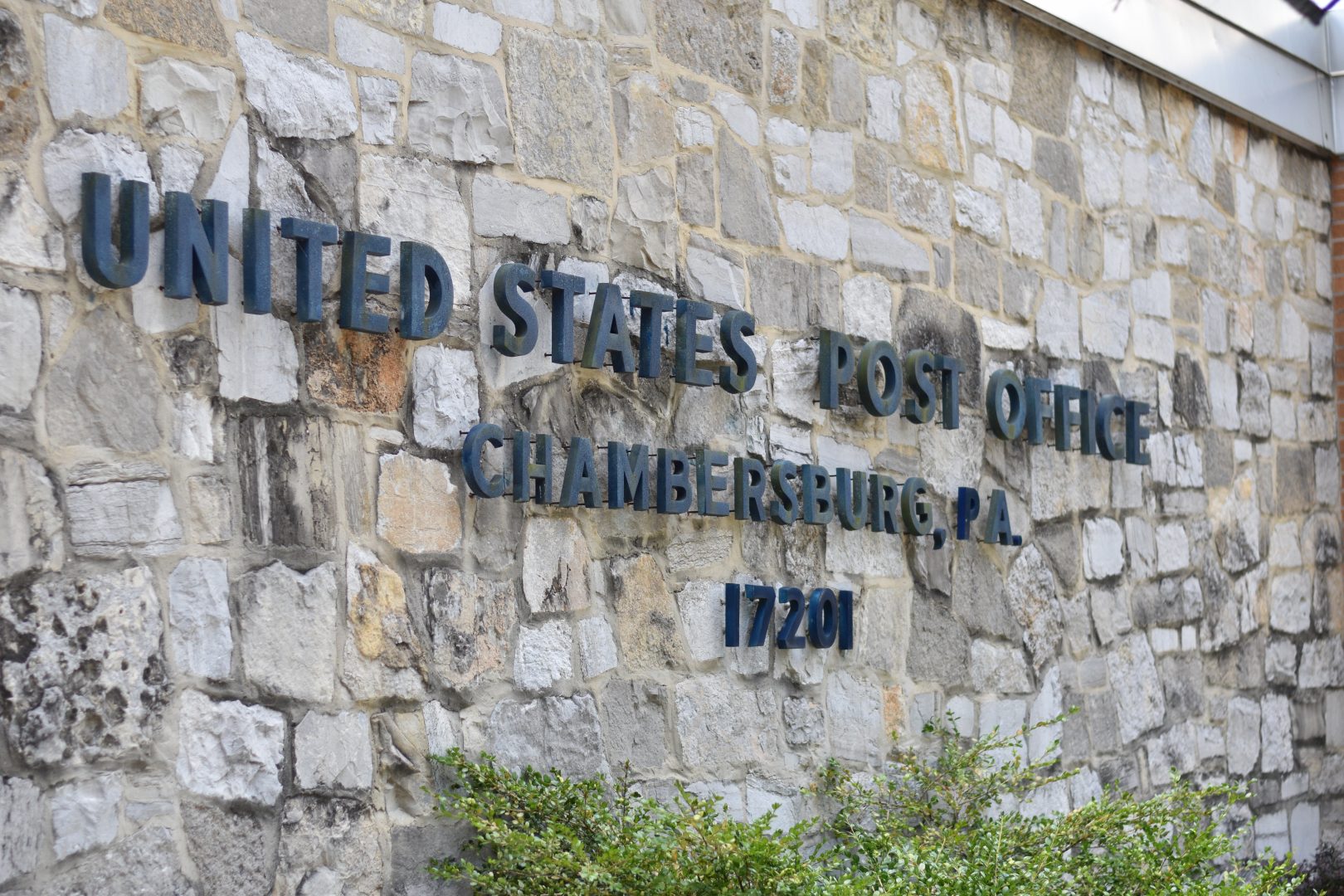 (Chambersburg) — At least two workers at the U.S. Post Office in Chambersburg have refused to wear face masks, in defiance of state Health Department Secretary Dr. Rachel Levine’s order requiring masks in businesses and public places. The state can’t enforce that order because the post office is a federal entity.

Face masks help to prevent the spread of the coronavirus, according to national and worldwide health organizations. The virus has sickened more than 100,000 Pennsylvanians and killed more than 7,000.

Masks are required in public spaces, and the commonwealth has the authority to cite people who aren’t wearing them, said health department spokesman Nate Wardle.

“Businesses would be in violation of the Secretary of Health’s universal face covering order and business safety order if employees are not wearing masks,” Wardle said in an email. “The Secretary’s order was issued pursuant to the authority granted to her under the law, and it has the force and effect of law.”

However, Wardle said, that authority stops at the doors of post offices. 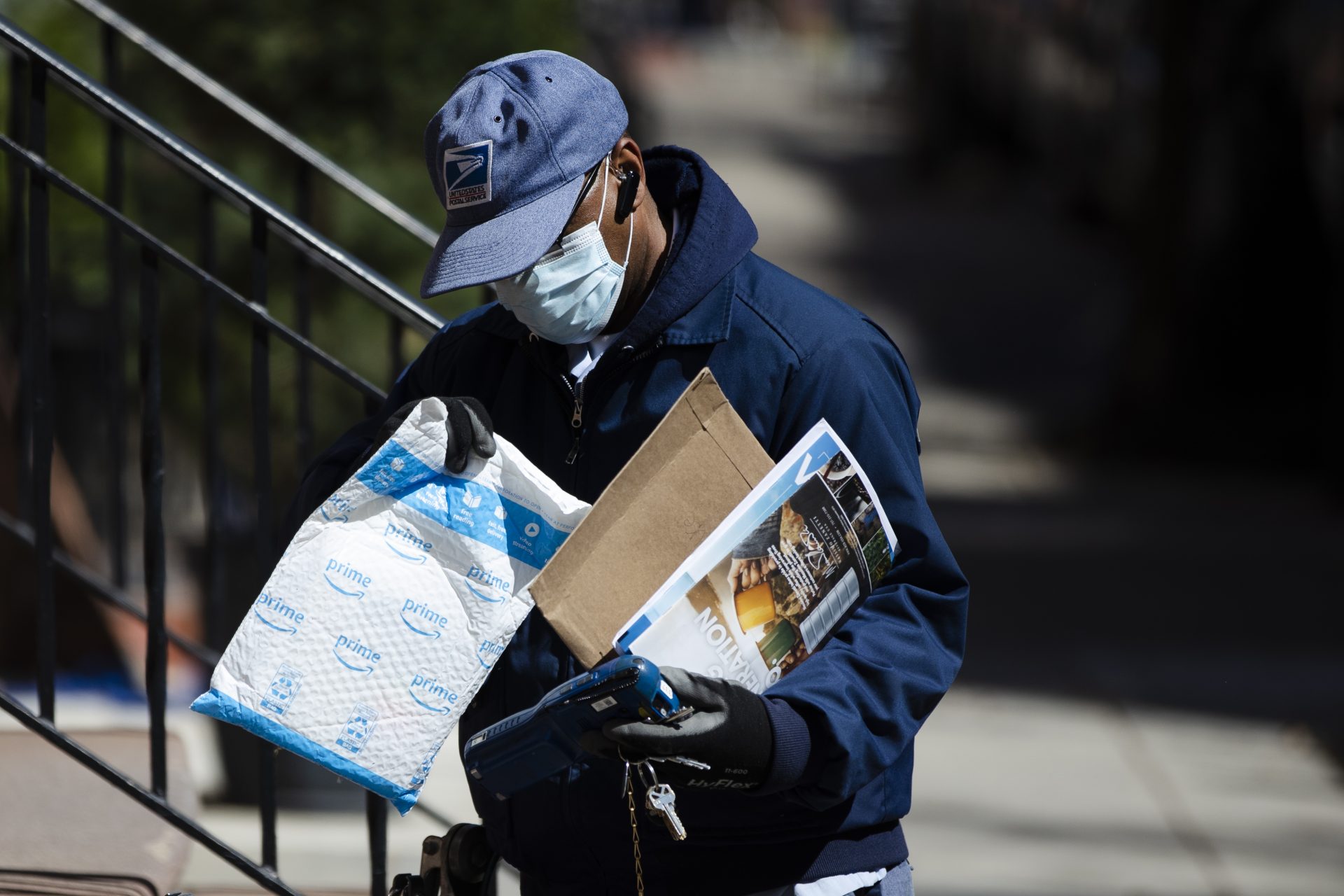 A United States Postal worker makes a delivery with gloves and a mask in Philadelphia, Thursday, April 2, 2020.

U.S. Postal Service spokesman Ray Diautolo said post offices are not required to follow state orders, but the postal service has made a “voluntary decision to align with local and state ordinances” during the pandemic.

“We are therefore requiring our employees to wear face coverings in locations with such ordinances and we are placing signage on the doors of our lobbies for customers to see that we are requiring social distancing and that a form of face covering should be worn by postal customers while they are in our retail lobbies,” Daiutolo said.

Daiutolo said the local manager in Chambersburg was addressing the issue with employees who weren’t wearing masks. However, a postal clerk and another post office worker were not wearing masks while in close proximity to customers and other employees during a reporter’s visit to the post office Wednesday.

“I have asked the employees before why they don’t have to wear masks and they said they work for President Trump at the federal level, and not at the state level for Governor Wolf.”
– Chambersburg resident Danette Wiles

The situation in Chambersburg got attention when resident Skyla Burrell stopped in to mail a package for her 70-year-old mother, who is in a higher-risk group for being seriously affected by the virus.

Burrell, a professional blues musician, has canceled tours and shows because of COVID-19, and said she is eager to get back to work. However, that can’t happen until people get serious about stopping the spread of the coronavirus, she said.

Burrell was surprised to see a customer and a clerk not wearing masks, and when she asked the clerk if he was concerned about getting sick or spreading the virus to someone else, she was stunned by his reply.

“He said, well, you could get hit by a bus when you walk out the door,” Burrell said.

When she posted on Facebook about her experience, Burrell said she was attacked by people who see masks as a sign of political affiliation rather than concern for health.

“It’s really baffling that the simplest thing that could save us all is a political issue,” Burrell said.

Science supports the idea that masks, while not perfect, can significantly reduce the spread of disease such as the coronavirus. Mask wearing could lead to “a large reduction in risk of infection,” according to a meta-analysis of 172 observational studies published in The Lancet, a peer reviewed medical journal. A recent CDC study shows masks were 100 percent effective in preventing the spread of COVID-19 at a hair salon where two workers had the virus.

However, for some people, masks are seen as a symbol of government overreach. At a recent motorcycle rally in Gettysburg, Republican State Sen. Doug Mastriano of Greene Township said Levine and Democratic Gov. Tom Wolf’s mask-wearing order was grounds for a rebellion reminiscent of the Boston Tea Party of 1773.

“I’m really tempted to have a mask-burning party,” Mastriano said to the crowd gathered outside. “I got a box of them in my car.”

During his speech, Mastriano laid the blame on Wolf and Levine for the more than 4,500 deaths in nursing homes, pointing to a policy where nursing homes accepted people who had tested positive for the virus.  The practice appears to have been routine across states, and no nursing home has stepped forward to say that it was forced to take a COVID-19 patient against its wishes.

However, most COVID-19 outbreaks at nursing homes came from infected workers, according to Levine.

For Danette Wiles of Chambersburg, that’s why everyone should be doing their part to prevent the spread of the virus. Wiles stopped in at the post office Wednesday to pick up her mail, and as usual, she wore her KN95 mask. 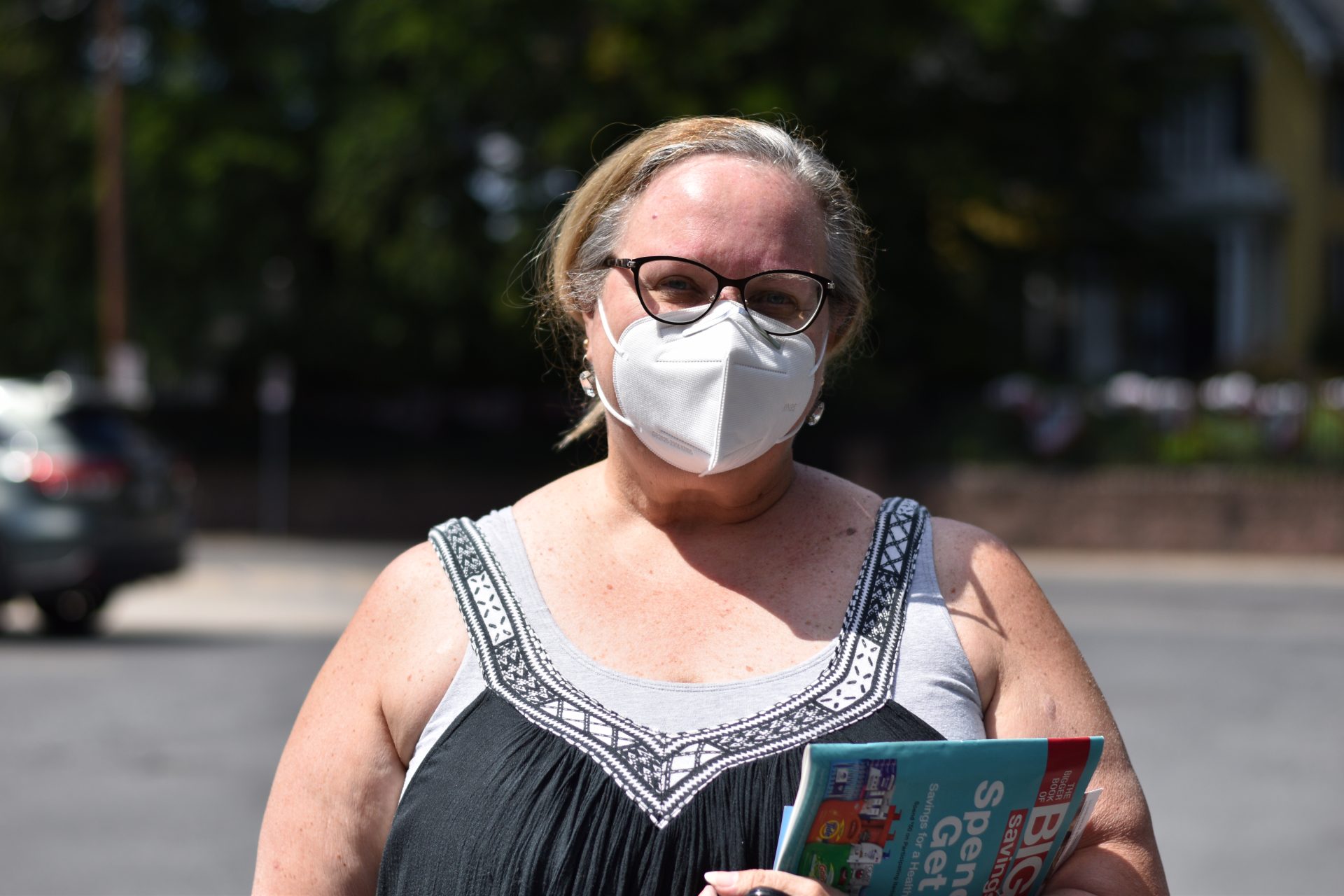 Danette Wiles of Chambersburg wears a KN95 mask when she goes to the post office to get her mail.

Her mother is in a nursing home, and she said it’s troubling that workers at the post office aren’t doing their part.

“I have asked the employees before why they don’t have to wear masks and they said they work for President Trump at the federal level, and not at the state level for Governor Wolf.”

Wiles says it’s frustrating politicians and voters have made a global pandemic that has infected millions into part of election-year politics.

Gene therapy shows promise for hemophilia, but could be most expensive U.S. drug ever