Campbelltown, a small community in Lebanon County, was among the last in the state to advance through Gov. Wolf's reopening plan 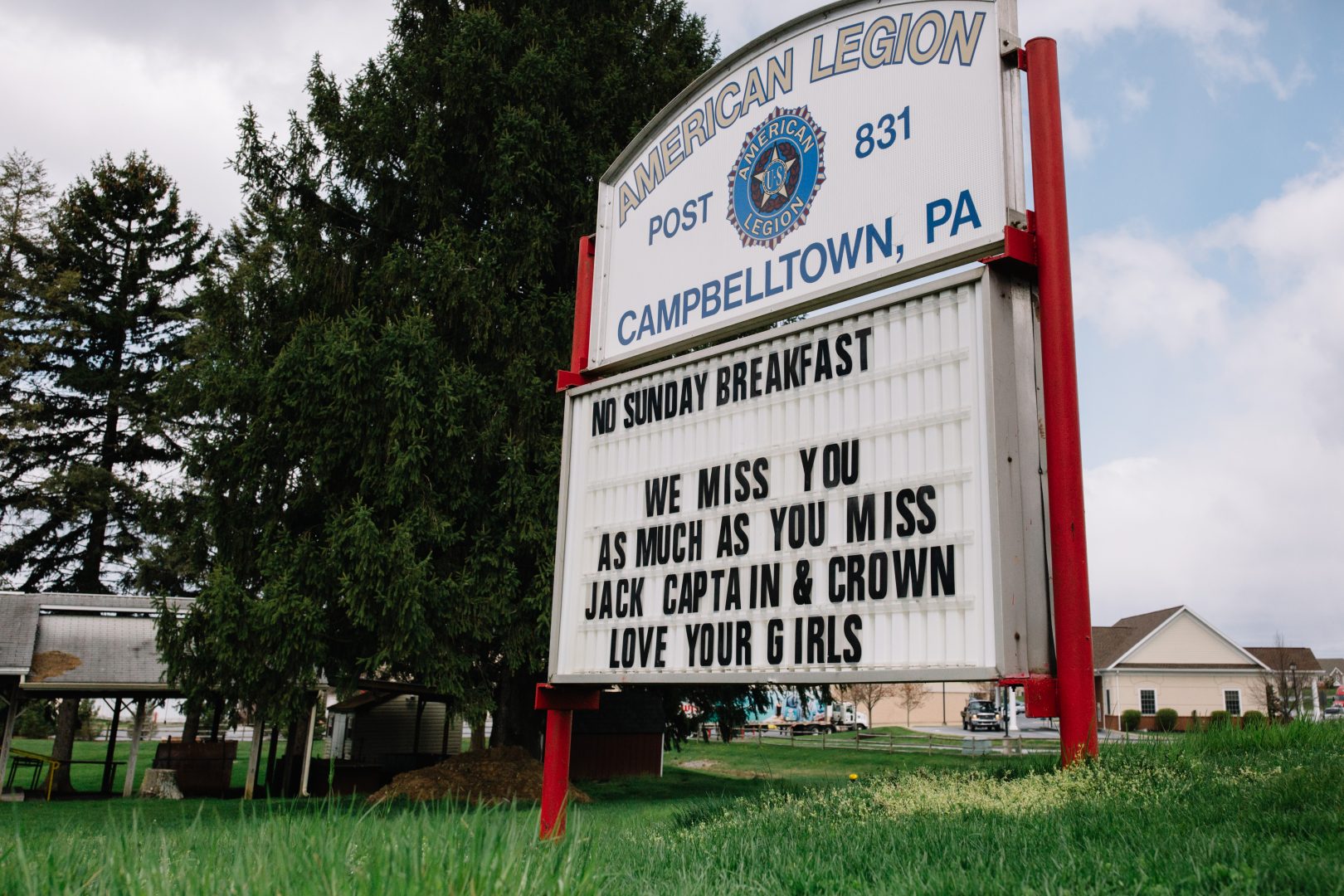 Campbelltown, a small community in Lebanon County, was among the last in the state to advance through Gov. Wolf's reopening plan

Gov. Tom Wolf said Thursday that he would withhold federal CARES Act money from Lebanon County because its commissioners passed a resolution back in May to move the county from the red phase to the yellow phase of the administration’s phased reopening plan without the governor’s consent.

Wolf says he can withhold the funding using his emergency powers, which have provided the basis for much of his administration’s response to the coronavirus pandemic. The decision has set up a confrontation between the federal government’s directives, the state legislature’s intent, and the governor’s powers.

The CARES Act allocated federal funds directly to Pennsylvania’s seven largest counties. The rest — including Lebanon — had to wait for an appropriation from the state’s general allotment. In late May, the legislature passed Act 24, which directed that “each county shall receive an amount” equal to its proportion of the state population. According to that formula, Lebanon was to receive about $12.8 million in funding. Wolf signed the bill, which passed both chambers of the legislature unanimously.

But in June, Wolf’s Department of Community and Economic Development issued guidelines for disbursing the funding that say counties “must have been, and remain, in compliance with all relevant laws, orders, and regulations during the period of the COVID-19 disaster emergency under the Governor’s proclamation” in order to receive funding.

While no such stipulation was written into the law, a spokesperson for the Wolf administration pointed to the governor’s emergency powers under Title 35 of the Pennsylvania Code to justify the additional criterion.

Under the emergency powers statute, a governor may “issue, amend and rescind executive orders, proclamations and regulations which shall have the force and effect of law.”

Michael Dimino, a law professor at Widener University Commonwealth, said Wolf’s assertion of emergency power is “certainly an effort to stretch his power to — and perhaps beyond — the limit.”

Dimino said he has doubts that a law duly passed by the legislature and signed by the governor during a declared emergency could subsequently be circumvented by an assertion of emergency powers.

“It is a statute that gives him that power, and statutes can limit it,” said Dimino.

“If indeed the governor can use his emergency powers to disregard statutes passed while the emergency was in effect to specify the procedures for distributing relief funds for this emergency, the emergency power makes a mockery of checks and balances,” he added. “The governor’s power would not be checked, and the balance would tipped in the governor’s favor. The protections of liberty that the Framers tried to ensure by separating and equilibrating powers would be completely undermined if one government official could override laws to punish county officials who resisted his orders.”

Nathan Benefield, vice president of the conservative Commonwealth Foundation, said this is yet another example of the governor making up rules as he goes along and exacerbating “people’s pain by playing petty politics with pandemic aid funds.”

“While Wolf complains of others ‘not following the rules’ (his rules), the governor is breaking the law,” Benefield wrote in an email. “Wolf admitted that his motivation for doing this is political retribution rather than emergency response when he told voters to vote out their county commissioners.”

In a letter to Wolf, U.S. Rep. Dan Meuser (R), who served as a state cabinet official during the Corbett administration, said that Wolf is violating the expressed will of both the U.S. congress and the state legislature.

“Had the General Assembly intended for additional requirements to be added … directives for DCED would have been included,” Meuser said.

He also pointed to guidance from the U.S. Department of Treasury, which administers the CARES Act, that says states should transfer funds to smaller local governments to “ensure equitable treatment among local governments of all sizes.”

But in a press conference Thursday, Wolf remained steadfast, saying that Lebanon County violated his orders, and now there are consequences.

“Don’t come and say you want something from the state when you haven’t followed the rules,” he said. “There are consequences. These are the consequences. I think I’m being consistent here.”

Duquesne University Professor of Law Bruce Ledewitz, who directs the law school’s project on the state constitution, said he is “not sure” the emergency statute allows the governor to withhold the money from Lebanon County. But, he said, the governor may not need to exercise his emergency powers to withhold money from a county that defied a lawful regulation, such as the governor’s closure orders, which the state supreme court has upheld on several occasions.

“It seems to me a fair reading of the Act itself that it presupposes that a county complies with all lawful regulations,” said Ledewitz.

For his part, Lebanon County Chairman Commissioner Bob Phillips (R) said that the county is working with its federal representatives — Meuser as well as Sens. Bob Casey (D) and Pat Toomey (R) — to try to change the Wolf administration’s mind. He did not rule out legal action if that effort fails, but he said the commissioners are taking things one step at a time.

“We’re going to let that process play out, and we’ll go from there,” he said. “It would be devastating to the businesses and all the municipalities and school districts that have spent money on the COVID mitigation to not have access to this money.”

Lebanon County was the last in the state to move to the green phase of reopening, which the Wolf administration said was due to ongoing community spread of the coronavirus.

“Lebanon County’s partisan, politically driven decision to ignore public health experts and reopen prematurely is having severe consequences for the health and safety of county residents,” Secretary of Health Dr. Rachel Levine said in a press release on June 19.

The governor’s emergency powers have been a frequent source of ire for Republicans and a handful of Democrats, who attempted to terminate the disaster declaration via a resolution that the state supreme court declared a legal nullity. More recently, Republicans have pushed a constitutional amendment that would limit the duration of a declared emergency and allow the legislature to terminate a declaration with a simple majority, but the earliest that could take effect is after the 2021 election.