A cashier and grocery shopper both wear masks at a Redner's Warehouse Market on April 10, 2020.

“It’s a very short time frame but we need to get this money on the street as quickly as we possibly can.”

(Harrisburg) — A state effort will set aside $50 million in hazard pay grants for frontline employees earning less than $20 an hour. The effort would give workers up to an additional $3 an hour.

The hazard pay will cover a span of 10 weeks for a maximum of $1,200 for full-time employees, though part-timers can also benefit from the added pay.

The catch? Employees can’t apply for the aid directly.

Instead, their employers have to submit an application between July 16 and July 31.

“It’s a very short time frame but we need to get this money on the street as quickly as we possibly can,” said Carol Kilko, Deputy Secretary for Business Financing at the Department of Community and Economic Development. 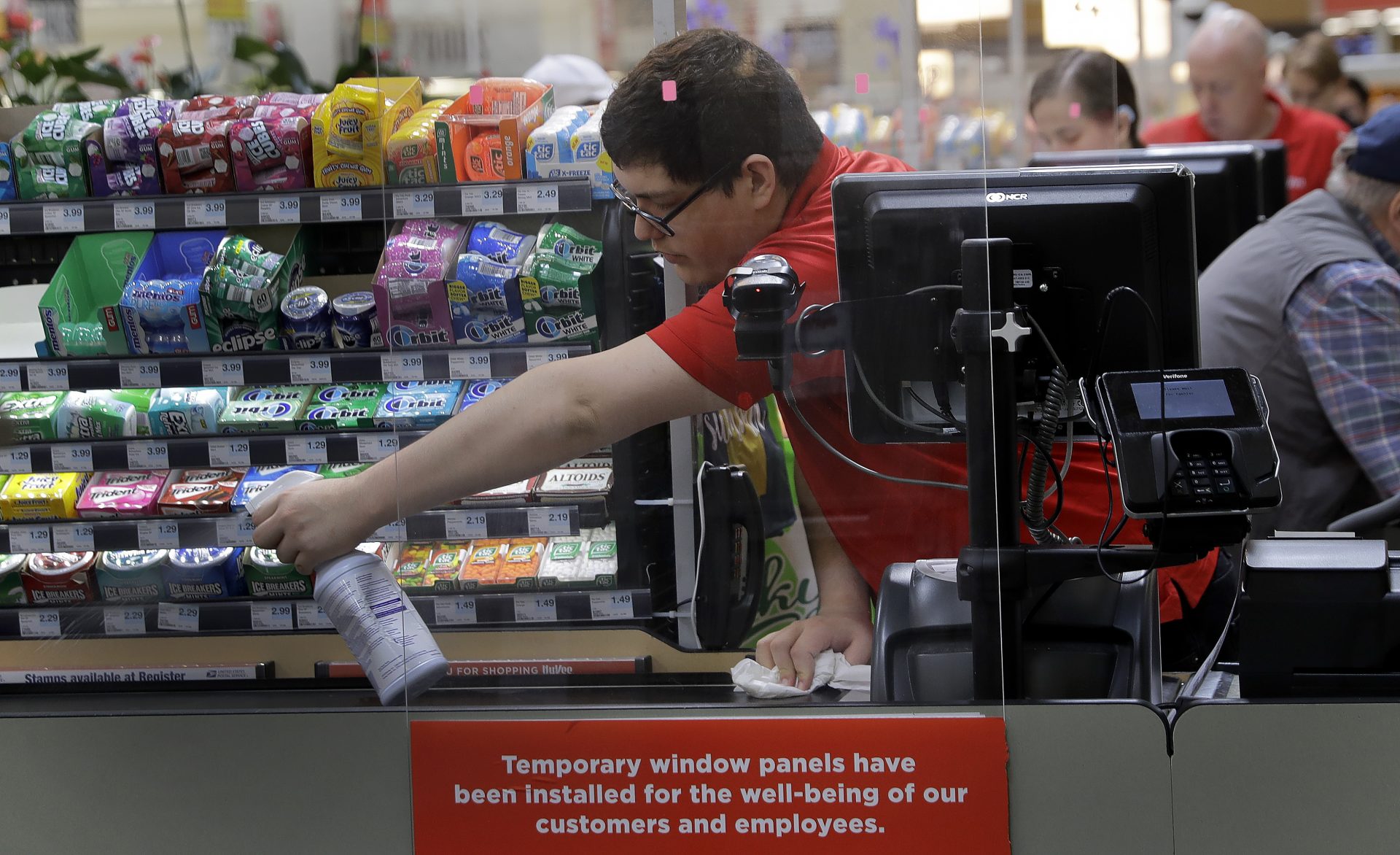 Garrett Ward sprays disinfectant behind a plexiglass panel at a Hy-Vee grocery store in Overland Park, Kan., on March 26. Stores have begun installing the shields in checkout aisles to protect clerks and help stop the spread of the coronavirus.

The funds come from federal Coronavirus Aid, Relief, and Economic Security (CARES) Act funding and will apply from August 16 to October 24.

Hospitals, nursing homes, food manufacturing, food retail, transit, and janitorial services are among the list of eligible Pennsylvania industries that can apply for up to $3 million in grants.

Gov. Tom Wolf acknowledged some essential businesses had already been offering some form of hazard pay during the first months of shutdowns, but he added “some of the companies that have done this have actually suspended the program.”

“We want to make sure employees who deserve this, who served on the front lines, who’ve put themselves at risk, and in some cases have taken on extra expenses, get some recompense for that,” said Wolf.

Kilko said the administration considered making employees apply for the hazard pay directly but found up to 46,000 people could benefit from the program.

“The infrastructure that we had in place, we really didn’t think that we would be able to support that and get the money out in a timely fashion.”

If an employer doesn’t apply for funds, said Kilko, “then there’s no extra money that will be going to that employee.”

Only half of Philly has filled out the census. Help is heading to low-response neighborhoods