In this April 20, 2020 photo, Catherine Hopkins, Director of Community Outreach and School Health at St. Joseph's Hospital, right, performs a test on a patient in a COVID-19 triage tent at St. Joseph's Hospital in Yonkers, N.Y. New York’s plan for taming the coronavirus hinges on taking a time-tested practice to an extraordinary level: hiring an “army” of people to try to trace everyone who might be infected. It's part of a common approach to controlling infectious diseases -- testing, tracing contacts and isolating those infected. But the scope is staggering even for a public health system that used the technique to combat AIDS and tuberculosis.

Inside one Pa. county’s effort to stay ‘hot on the trail’ of every COVID-19 case

(Norristown) — One of the most powerful tools in fighting the coronavirus is a spreadsheet.

Every morning, Montgomery County contact tracer Neil Lader opens one up on his home computer, and delves into another day of chasing down the virus. The document contains a list of names and data points — people to follow up with, people who he hasn’t been able to reach.

Around 9 a.m., he gets a list of new contacts — people who have just tested positive for COVID-19 and need to isolate. He adds them to the list.

Then, he works the phone. Over the course of each 30 to 90 minute call, Lader cycles through several types of questions, from the diagnostic…

“How are you feeling? Do you have a fever?”

“We probably need to get the names and contact details of your friends? Who you were with in the park?”

Montgomery County, the first place where the virus took off in the commonwealth, launched its contact tracing program on May 26, as the county prepared to allow some businesses to open in the “yellow” phase of recovery. 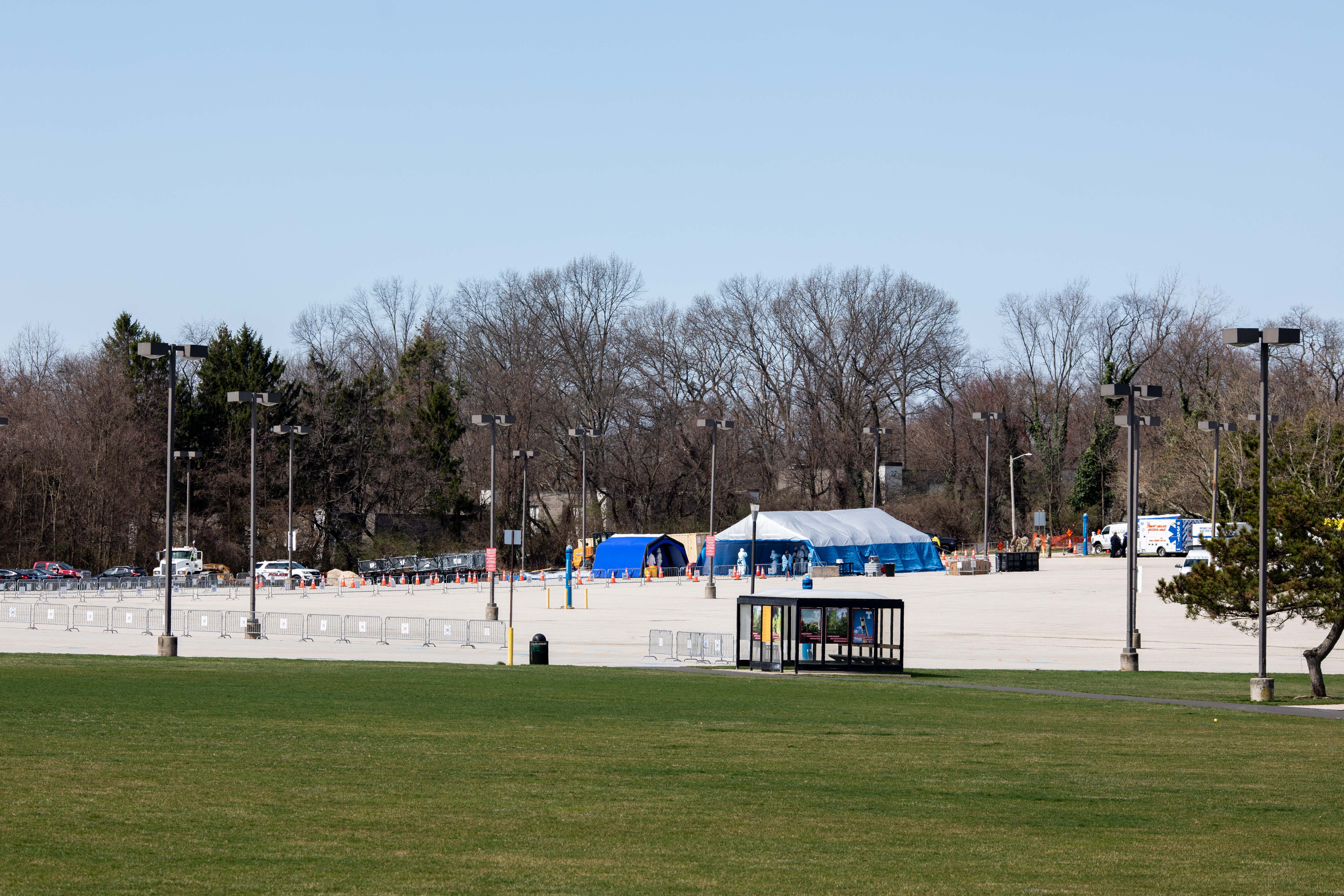 Since then, it’s been like “building the airplane while we’re taking off,” said Janet Panning, interim administrator for the Montgomery County Office of Public Health.

Across Pennsylvania, many counties reopened even as the state was still trying to get a patchwork system of contact tracing in place. If contact tracing could work anywhere, it’s here in Montgomery County: a wealthy suburb with its own health department, that has battled the outbreak from the get-go. But if the experience here is any indicator, contact tracing may be an uphill battle everywhere.

‘Hot on the trail’

If testing tells you where the virus is, contact tracing is what actually stops it, by limiting the chances the virus has to jump to new people. Under the right conditions, it can stem the spread of a disease, allowing life to return to a greater semblance of normal.

To do that, contact tracers must reach people who have been exposed to the virus and convince them to isolate before they have any symptoms or suspect they could be sick.

You know it’s working “if more and more cases are coming out from people you’ve put into quarantine,” said Josh Sharfstein, vice dean for public health practice and community engagement at Johns Hopkins University, which developed a widely used contact tracing course. “Then you’re basically hot on the trail of the virus. Eventually, the spread’s going to go way down.”

However, for contact tracing to be most effective, it takes both personal and political buy-in.

First, governments must recruit an army of contact tracers. Montgomery County has hired and trained 20 across who work out of four community organizations and has 10 additional public health nurses who can pitch in to help.

Whether that number is adequate depends on who you ask. A tool created by George Washington University to help states and counties estimate how many contact tracers they need puts the number for Montgomery County at 199, based on an average new daily case count of 33.

As is, Sharfstein said the ratio in Montgomery County is “probably going to challenge contact tracers, but it depends on the level of contacts people have had.”

In neighboring Philadelphia, the ratio is worse. The city currently has 100 contact tracers and 150 new cases per day.

How much governors and mayors restrict gatherings and businesses can have a direct impact on the workload. When businesses reopen, the likelihood goes up that people who are sick will have more close contacts and drive case counts higher.

In Montgomery County, most of the leads shared by people with positive cases point to people they live with, although there have been other points of contact related to outings and businesses, Panning said.

People with the virus have been reporting close contacts at restaurants, graduation parties, and beach getaways. In one instance, a sports team coach with the virus didn’t wear a mask during practices and games, sending 12 players and three coaches into quarantine, said County Commissioner Val Arkoosh during a press conference this week.

Testing delays also diminish the value of contact tracing, because people may spread the disease before they realize they are carriers. County and hospital labs are able to turn around test results in 24-48 hours, said Pennsylvania Secretary of Health Rachel Levine, but national companies like Quest Diagnostics and LabCorp are averaging seven or more days due to large surges in other states.

As a result, Montgomery County has changed the guidance it gives people getting tested, urging them to preemptively quarantine even before they receive results.

Finally, and possibly most crucially, contact tracers must be able to convince people to trust them.

One factor is that people may not want to divulge answers that reveal they or their friends and family have ignored certain restrictions.

“We’ve been hearing some concerns about wanting to release other people’s information or identifying that they haven’t been doing what is recommended by the governor,” said Michel Masters, division director for communicable disease and control at the Montgomery County Office of Public Health. “That has been true of other infectious diseases. That’s not new.”

“It’s harder if they feel like they’re snitching on somebody,” said Panning, referencing teenagers who’ve been socializing that the county has interviewed.

Trust can be especially difficult to build among immigrant communities. Montgomery County has hired bilingual translators who speak Spanish or Korean in addition to English, but reticence to participate remains.

“They get a little bit shy…most of the fears are around financial resources, or not sharing this with supervisors because they’re afraid of being laid off,” he said.

ACLAMO refers people to Montgomery County Community Connections and the county’s Mobile Crisis Unit, which help people who may not be able to feed their families or stay housed if they stop working to quarantine. Community Connections acts as a referral point to local nonprofits that can help with services from grocery runs to housing to fending off an unlawful eviction.

Montgomery County is able to reach around 80% of new COVID-19 cases by phone the same day that they’re assigned, Panning said. Over approximately the last month, tracers have gotten the names of 1,981 of their contacts, although some names are duplicates. The success rate on reaching those contacts is lower — more like 60%, she said, although that was also an estimate.

Across Pennsylvania, success in reaching contacts varies widely, reported Spotlight PA. Lancaster County has had fewer people pick up the phone than Mongtomery, but Erie has had more. Distrust in government fueled by inconsistent communication from federal, state and local governments bear some of the blame. Getting the correct phone numbers for contacts is also a persistent challenge.

Through a combination of sweeping closures, social distancing, testing and contact tracing, Pennsylvania has brought down new COVID-19 cases since they peaked in April. However, the number of positive cases is rising again. Contact tracing remains the most targeted tactic for stopping the spread, and comparatively less disruptive than the shutdown orders Pennsylvania had for much of the spring, similar to those now taking effect in the U.S. South and West.

“Until we have a viable vaccine and medication for treatment,” said Masters, “there isn’t much else.”

Target, CVS shoppers will be required to wear masks