Across the country, parents are scrambling to figure out child care plans that can accommodate a year. 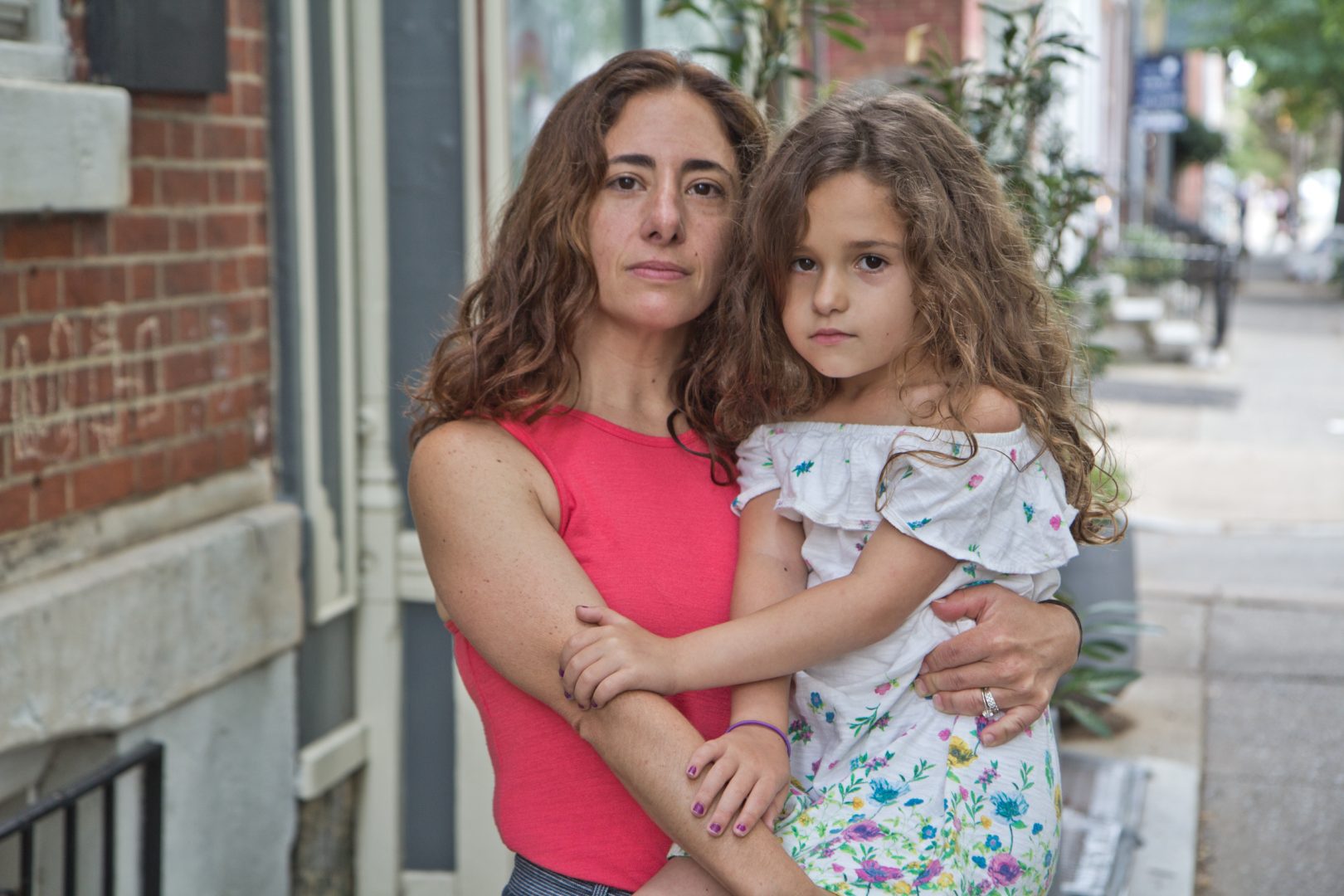 (Philadelphia) — When Melissa Roselli, 43, found out on Wednesday that the Philadelphia School District’s reopening plan has most children attending in-person classes only two days a week, she felt her stomach sink. Her daughter 7-year-old Francesca will be starting second grade at McCall Elementary this year.

“I need to go to work,” said Roselli, a primary care doctor who lives in Center City. “In the middle of a pandemic, people need their doctors to be present.”

Roselli can work remotely, but usually only two days a week, leaving one day of child care uncovered.The family can afford a babysitter, but finding someone consistently available one day a week is a challenge. Roselli’s husband, also a physician, spent much of this spring treating COVID-19 patients and living away from the family — something he would repeat if cases spike in the city again. And Roselli’s child care provider told her it may not be open in the fall.

The lack of options, Rosselli said, has her considering what was previously unthinkable: closing her private practice.

“In one way, this is what we signed up for as physicians,” Roselli said. “But we never really thought about it in a pandemic setting, having to choose between job and children, kind of always assuming they would be in school.”

Elizabeth Manuel, 41, is still waiting for the school her 10-year-old daughter Layla attends, Independence Charter West, to announce its re-opening plan. She’s planning on a limited schedule, which has her worried. Manuel, a single parent, works as a home hospice aid, and already used all of her leave time for the year to stay home with her daughter in the spring. Manuel reached out to her child care provider about sending Layla there on days she is out of school, but was told there likely would not be space.

“I risk going to work leaving her [at home] to be at school, and then what, [social services] comes and takes my daughter?” Manuel said. “Then, what, I quit my job and in the same notion, I can’t pay my bills or feed my kids? It’s going to be really, really hard.”

Simi Chung’s 7-year-old daughter Serenity is a rising third-grader at McCall. Chung, 38, works seven days a week at both a nail salon and at the pretzel franchise she opened in the Fashion District mall in January. If Chung’s child care center doesn’t take Serenity on virtual learning days, she said she would have to leave her husband to run the business by himself so she could watch her daughter.

“I don’t feel like [the decision] considered parents,” Chung said. “Or working parents, at least.”

Across the country, parents are scrambling to figure out child care plans that can accommodate a year, in which many cases, school will take place largely outside the classroom.

Some will turn to a patchwork of grandparents and relatives. Others are considering career changes. Some will opt for homeschooling.

Many parents — both those who can work from home and those who can’t — will turn to child care providers for the days their children would have normally been in school. But many Pennsylvania providers say logistical and financial concerns make it unlikely they will be able to accommodate the demand.

‘We are going to get a lot of calls’

When the School District of Philadelphia’s reopening plan was released, Mary Graham, executive director of Children’s Village in Center City, braced herself.

“My thought was: we are going to get a lot of calls,” Graham said Wednesday.

Children’s Village usually serves 150 to 180 school-age kids during the school year. But Graham said that the program may not have the funds to operate at all this year, despite increased demand.

The reason for that has to do with the way that Pennsylvania subsidizes child care. Providers like Children’s Village sign an annual agreement with the state to take a lower day rate during the school year for school-age kids who receive state child care subsidies. That rate is based on the assumption that those kids will only need child care a few hours a day, except for holidays or on other days school is closed. This year, providers in Philadelphia may need to watch their kids for up to three full days a week, but the rate they are paid for those kids has already been locked.

“Provider costs are going to go up significantly,” Graham said. “Before a provider says to a parent, ‘Yes, I will take care of you,’ I will want to know: Will I be getting paid a higher rate?”

Pennsylvania has already distributed tens of millions of dollars in federal stimulus funds to child care centers to help them weather the shutdown, but advocates say the industry is barely hanging on — and will struggle even more if it’s asked to provide more care without higher pay.

A spokesperson for the Department of Human Services said it was aware of concerns about how limited school schedules could affect child care providers, but did not offer a specific plan.

“The Wolf Administration is exploring options to support families as the school year begins and will share more in the future as plans progress,” Ali Fogarty wrote in an email.

Philadelphia School District Superintendent William Hite said Wednesday that the district would work with the city and other partners to find care for children on days off.

Child care providers are also facing a logistical headache. Most providers that take school-age children also care for pre-K kids and have fine-tuned systems for trading off classrooms. Now they have just a few weeks to redesign those systems from scratch—as well as make sure school age can access and complete remote learning.

“It’s going to require a different view of how the classroom will look,” said Damaris Alvarado, owner of the Children’s Playhouse Early Learning Center in South Philadelphia. “There’s internet access we have to make sure the centers have…also promote the health and safety component of social distancing and handwashing, and making sure they are in the same groups with the same teachers. That’s going to require a lot of money.”

‘I hope there is a plan’

Some higher-income parents are looking outside of traditional child care options to try and solve their dilemma.

Pooja Agarwal’s six-year-old daughter Meera is starting first grade at the Folk Arts-Cultural Treasures (FACTS) Charter school in Chinatown this fall, but she won’t spend much time in the building: that school is currently deciding between two-days-a-week and all virtual learning.

“Having three days a week of remote learning for a first grader who obviously needs a lot of hand-holding to do that work has me very concerned about learning loss,” said Agarwal, a corporate attorney who lives in Fishtown. “As well as me getting the flexibility to work from home on those days.”

Agarwal’s husband, a surgeon, cannot work remotely. Her child care provider, Children’s Village, may not be able to accommodate Meera on her days off from school. Agarwal considered hiring a nanny, but she’s worried that wouldn’t do much to recreate the socialization that happens in school. So some of her friends in the neighborhood are talking about hiring a private teacher to instruct their kids together on days they are not in the classroom.

The plan hasn’t gotten much farther than a few conversations: Agarwal said she has no idea how she would find a teacher who was available and comfortable coming into their home. For now, she’s mostly hoping Children’s Village will take her daughter.

“I am worried about it as someone who has so many choices,” Agarwal said. “I just can’t imagine what parents who don’t have those kinds of choices are going through. I hope there is a plan.”

Inside one Pa. county’s effort to stay ‘hot on the trail’ of every COVID-19 case