Asked at a press conference Monday whether he would extend the eviction moratorium, Gov. Tom Wolf said he was “not ready to say anything.”

“This whole process we’ve had an array of choices and they’ve all been bad." 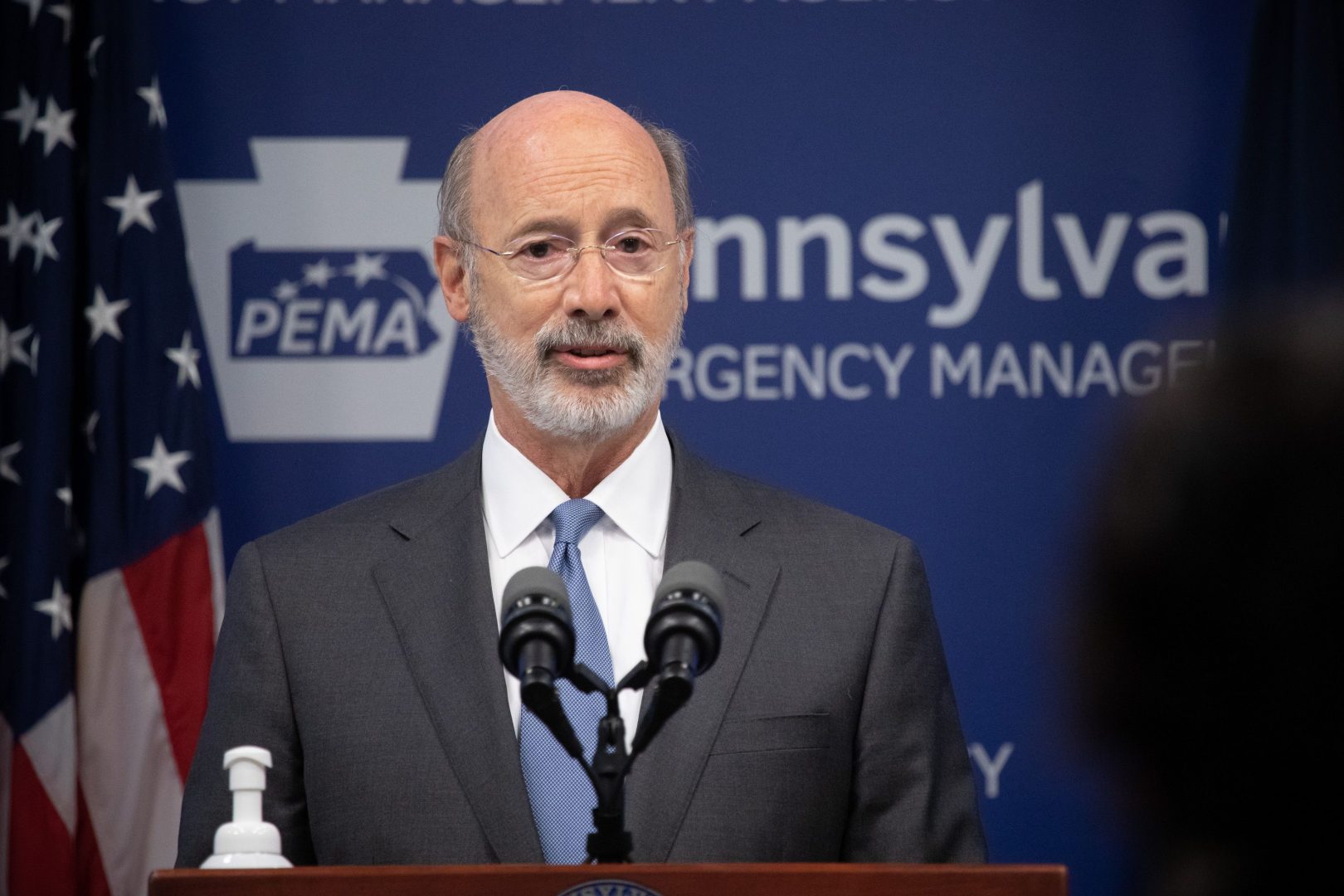 Asked at a press conference Monday whether he would extend the eviction moratorium, Gov. Tom Wolf said he was “not ready to say anything.”

Yet it might be irrelevant, he said, because fear of catching the disease would likely keep teachers and students away anyway.

Wolf and others cited that potential as a major factor in the decision to impose the new restrictions on restaurants, bars and indoor gatherings announced Wednesday.

With only about six weeks remaining before the start of school, it’s critical to bring the surge under control now, they stressed.

“If we do not get community disease transmission rates down, we’re really threatening the most important re-openings that you have coming around Labor Day,” said Dr. David Rubin, a pediatrician, referring to schools.

Rubin works at Children’s Hospital of Philadelphia and is involved with a tracking and projection model Wolf and state Secretary of Health Dr. Rachel Levine drew on in deciding to impose the new restrictions. Rubin said his team wants schools to open this fall. But they believe it requires infections being brought under control to assure safety and to gave families and teachers confidence they will be safe.

While the new restrictions extend statewide, Wolf defended them as a targeted approach, saying they apply to settings where, through contact tracing, major infection spread is known to have occurred.

A major catalyst in the resurgence, he said, are people who went to bars and restaurants and didn’t wear face masks or adhere to social distancing.

“This carelessness has resulted in pockets of ‘super spread’,” Wolf said.

He and Levine acknowledged the economic pain that will be felt by establishments forced to operate at a fraction of normal capacity. But they said the alternative is no one going to restaurants and bars out of fear of getting sick.

“This whole process we’ve had an array of choices and they’ve all been bad. We’ve been given the decision as to what’s the less bad option,” Wolf said.

Rubin, citing his tracking and projection model, painted an alarming picture of an emerging wave of infections, saying it’s flowing in from other states.

He cited COVID-19 resurgences in Ohio cities including Cleveland and Columbus which are “washing over our western border” into Allegheny and surrounding counties. He similarly cited resurgences in Washington, D.C., Baltimore, and new surges in southern states, which he said are being carried up I-95 and Route 11-15 to areas including central Pennsylvania.

Wolf also attributed much of the new outbreak to interstate travel and “lack of national coordination” in the pandemic response.

“That has resulted in states in the south and the southwest especially not committing to the things they should have done … and so we’re paying the price in different ways for what states and other places have not done,” Wolf said.