Pittsburgh Pirates catcher Luke Maile, right, talks with a trainer during an intrasquad game during the team's baseball practice at PNC Park in Pittsburgh, Wednesday, July 15, 2020. 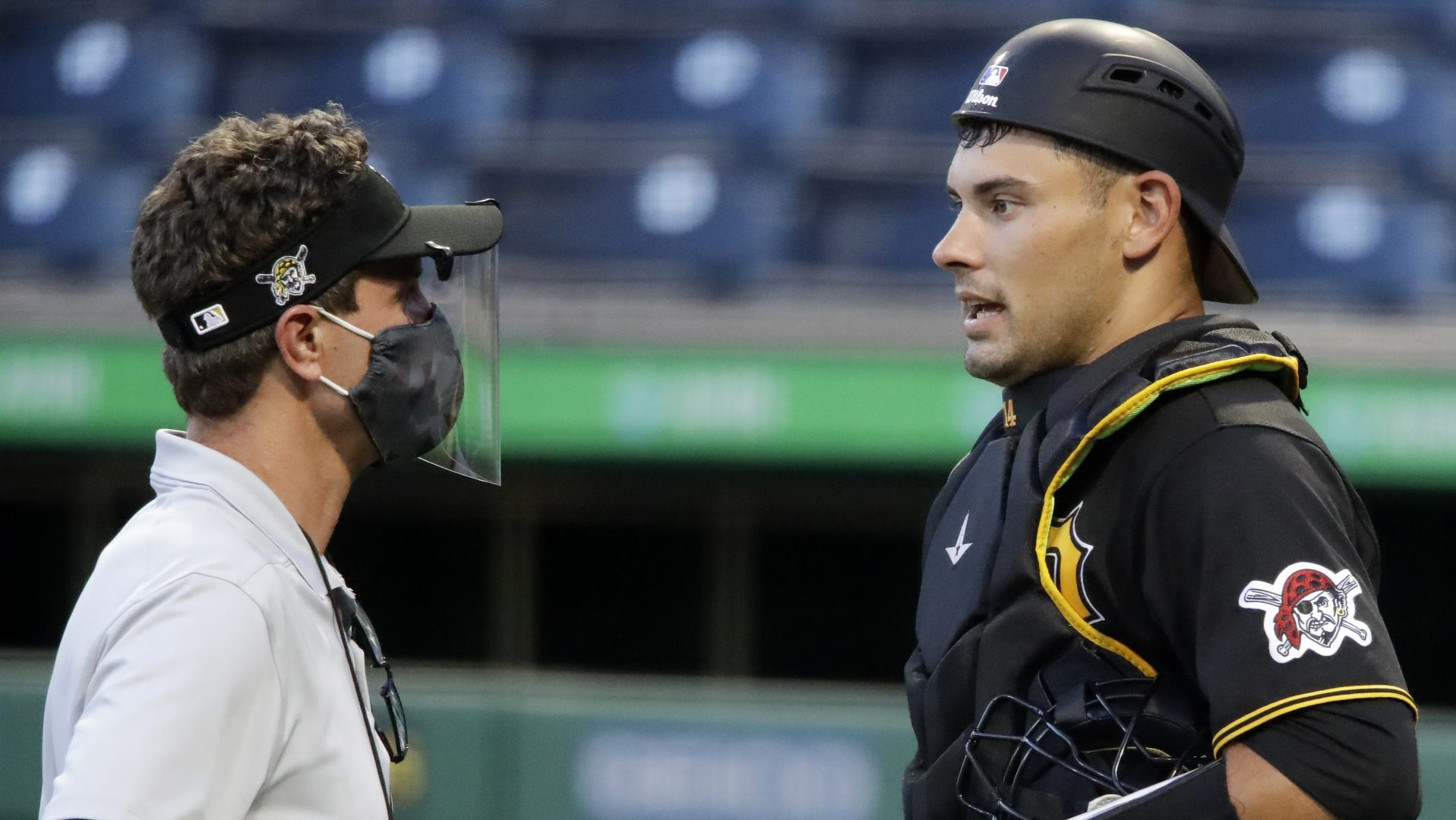 Pittsburgh Pirates catcher Luke Maile, right, talks with a trainer during an intrasquad game during the team's baseball practice at PNC Park in Pittsburgh, Wednesday, July 15, 2020.

The state Department of Health said there were 16 additional deaths for a new statewide toll of 6,973.

Allegheny County, which has figured in a recent surge in virus cases, reported 140 new cases from tests conducted between June 30 and July 14. Philadelphia reported 132 new infections.

Gov. Tom Wolf reimposed restrictions Thursday on bars, restaurants, and larger indoor gatherings — now limited to 25 people, down from 250 — in response to what he called an “unsettling climb” in infections.

Critics questioned the need for statewide restrictions when only a few areas of the state have been seeing rising case numbers. Wolf warned that a “new surge is in the offing” that could eclipse what happened in the spring, when the virus killed thousands and sickened tens of thousands of Pennsylvanians. Disease modeling from PolicyLab at Children’s Hospital of Philadelphia shows infections rising sharply in Philadelphia and the suburbs in coming weeks.