People gather at tables outside Lefty's bar in the Strip District of downtown Pittsburgh Sunday, June 28, 2020.

“We saw a higher number of cases right at the beginning, in people ages 19 to 49, before it spread to seniors, aged 65 and older. This pattern is now repeating.”

New case numbers are rising in more than half of the state’s counties, and the percent positivity rate rose in more than a third, said Pennsylvania Health Secretary Rachel Levine on Monday.

She warned that — while cases right now are not rising to the degree that they are in states such as Florida and Texas — the current increase in cases among younger people is a bad sign.

“We saw a higher number of cases right at the beginning, in people ages 19 to 49, before it spread to seniors, aged 65 and older,” said Levine. “This pattern is now repeating.”

While people in the younger age bracket did not necessarily get as sick as people in the older group, the increase in cases among people aged 19 to 49 was an indication of greater community spread. 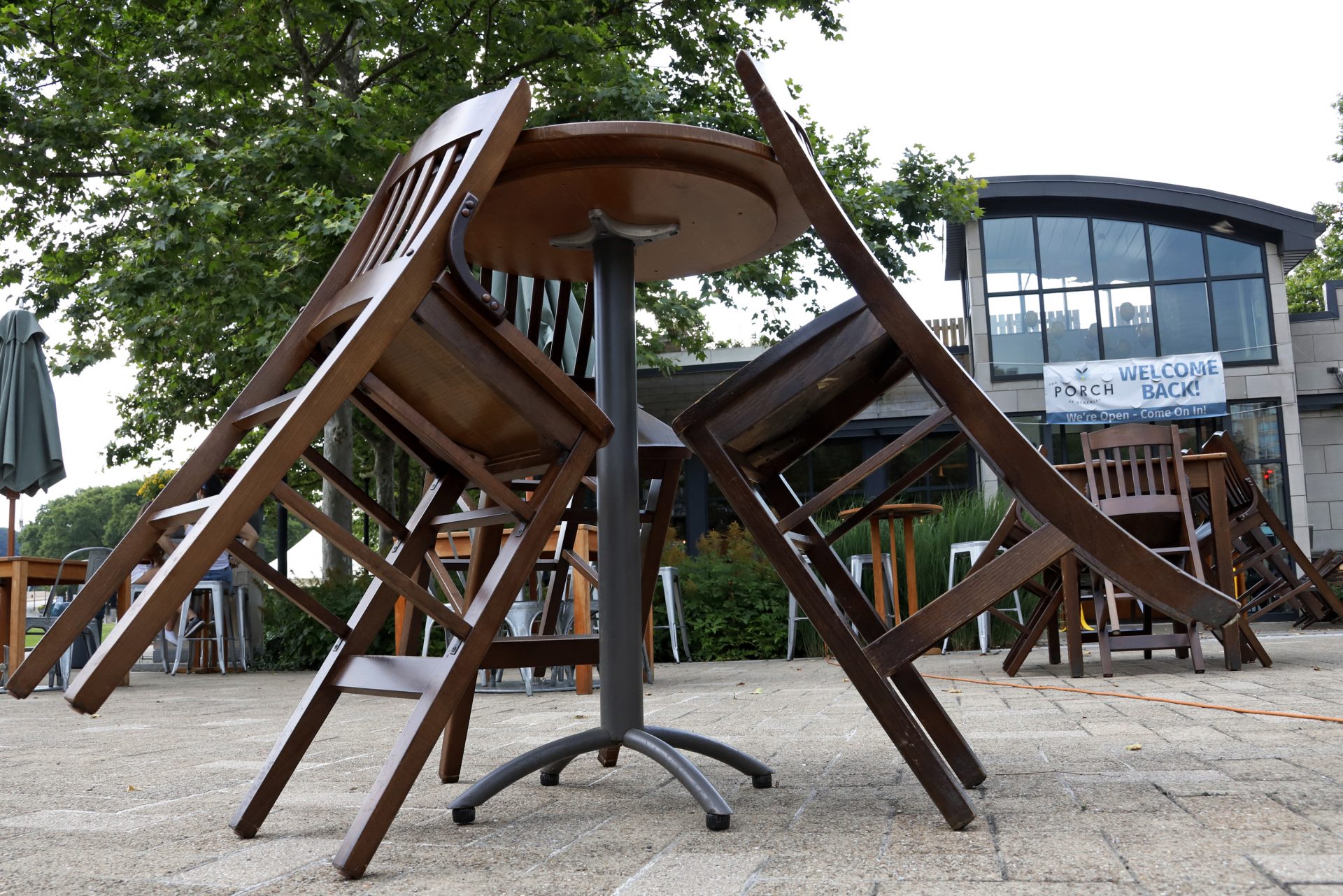 Tables and chairs outside the Porch restaurant in the Oakland neighborhood of Pittsburgh on Thursday, July 9, 2020.

Keeping the percent of new cases that come back positive below five percent is one measure the World Health Organization recommends to track whether the spread is contained, although it requires good baseline testing and surveillance.

Governor Wolf urged residents to do what they can to stem the spread last week, such as wearing masks, saying, “We can take steps to stop increases before they become critical.”

The state is not considering restoring wide-spread business restrictions to inhibit the spread of COVID-19, and instead favors “targeted” mitigation such as the recent local order to shut down bars and restaurants in Allegheny County, according to Levine.

That said, she said even if businesses are allowed to operate “make a choice not to go” if it seems impossible to keep six feet of social distance, or if others are not wearing masks.