The legislation has high-profile support from traditional Republican allies and traditional Democratic allies.

(Harrisburg) — Gov. Tom Wolf said Tuesday that he supports legislation that extends millions of dollars in tax breaks to turn natural gas into fertilizer and other chemicals as it speeds through the Legislature after emerging from closed-door negotiations with top Republican lawmakers.

Wolf, a Democrat, vetoed a similar bill in March, but said he negotiated changes to limit the scale of the subsidies available and to ensure construction workers building a qualifying petrochemical plant are paid union-scale wages.

“This is a better bill,” Wolf said at an unrelated news conference Tuesday.

The tax credit legislation has high-profile support from traditional Republican allies, including the Pennsylvania Manufacturers Association and the state’s huge natural gas industry, and traditional Democratic allies in the building trades unions. 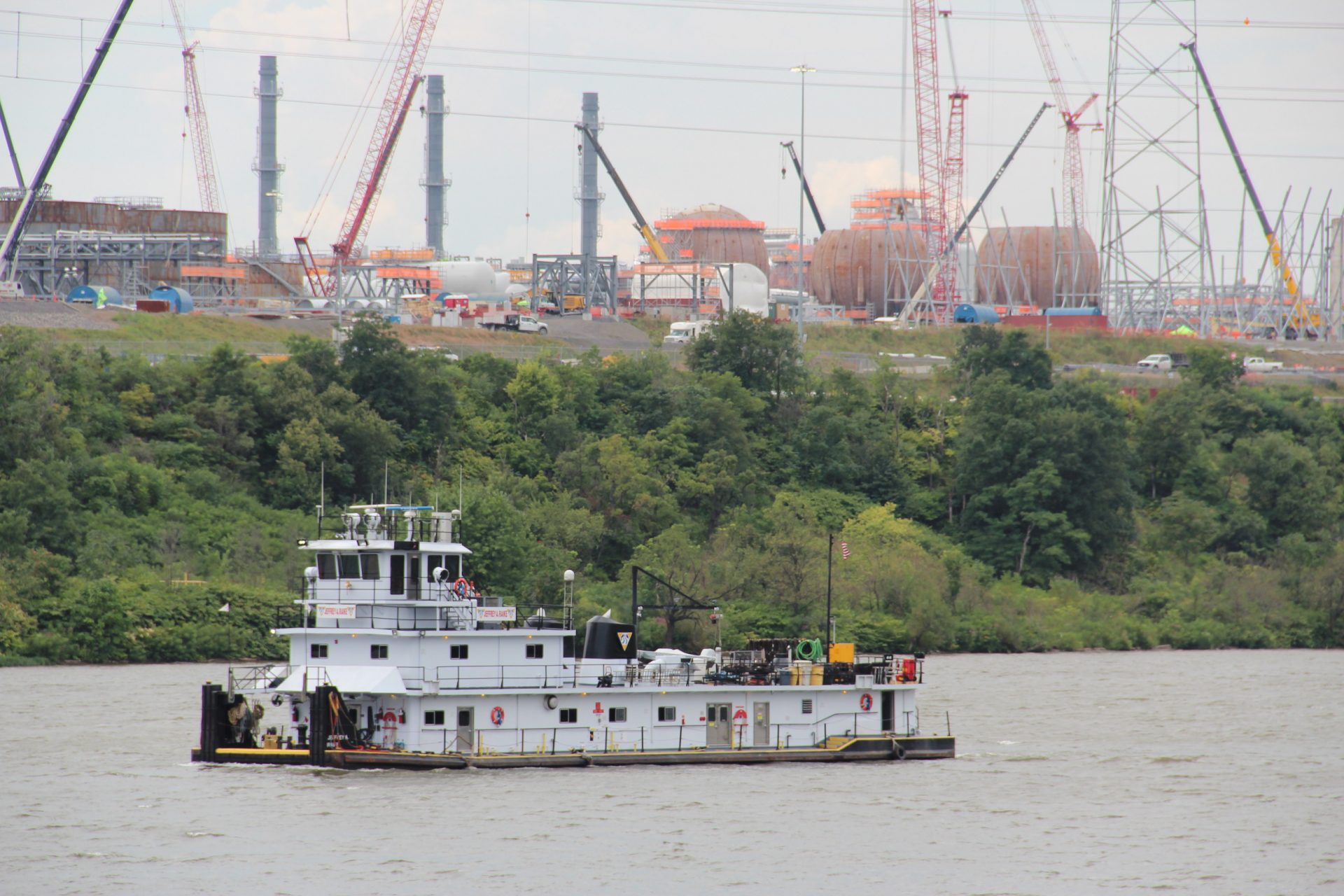 Shell’s ethane cracker plant, under construction in June 2019, is seen from the Ohio River.

Opponents, including southeastern Pennsylvania Democrats and environmental advocacy organizations, have decried the bill as an unnecessary giveaway to the natural gas industry that could have been better spent elsewhere.

The bill easily passed the Senate on Monday, hours after the new wording became public. Passage was expected Tuesday in the House of Representatives.

Starting in 2024, the new legislation authorizes 25 years of tax credits up to $26.7 million a year, to be divvied up among no more than four facilities that each can draw a maximum credit of just under $6.7 million. That totals almost $670 million.

The facilities must meet a capital investment requirement of $400 million and 800 jobs, including construction.

The bill bears similarities to a 2012 state law that was designed to lure a multi-billion dollar Shell ethane refinery now under construction in western Pennsylvania’s Beaver County.