The group argues Barr has a conflict of interest in overseeing any investigation, given his role in issuing an order to federal law enforcement to disperse the crowd. 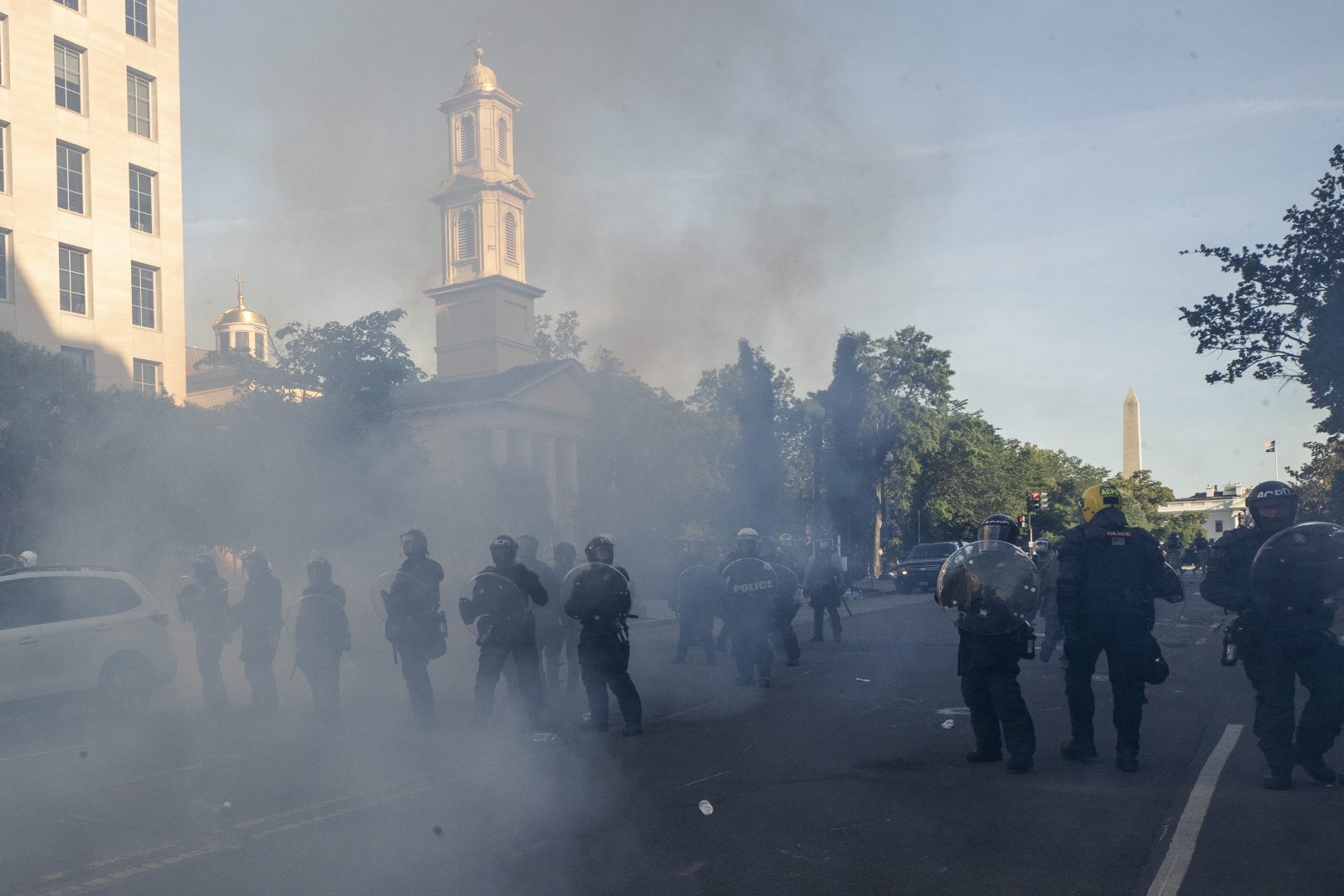 The crowd had been kneeling, praying and chanting, “I can’t breathe,” some of the last words of George Floyd, the man killed by police after his arrest in Minneapolis. Floyd’s death on May 25 sparked the national protest movement about the treatment of Blacks by law enforcement.

In a new letter, the American Civil Liberties Union argues Barr has a conflict of interest in overseeing any investigation, given his role in issuing an order to federal law enforcement to clear the square and disperse the crowd. 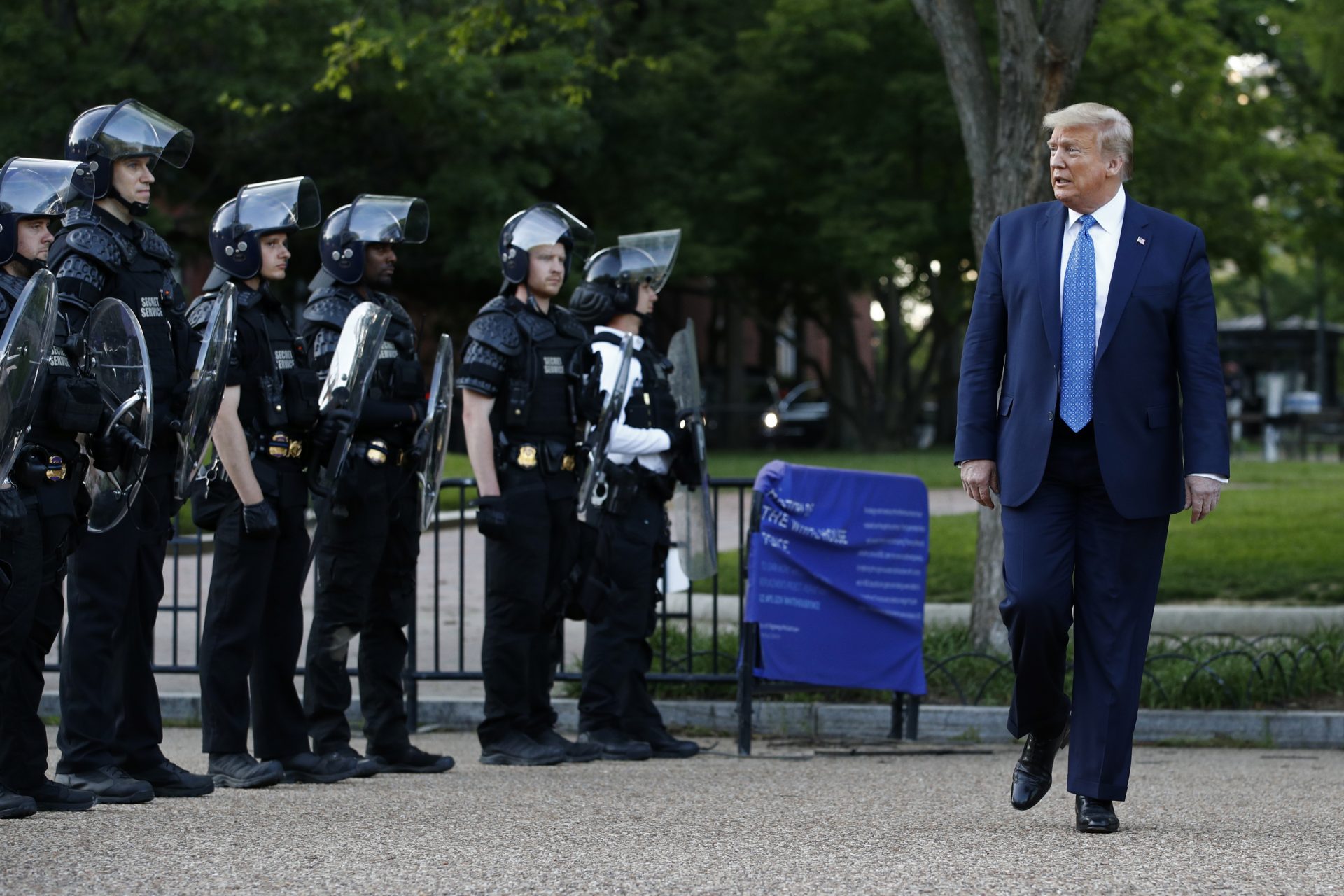 President Donald Trump walks past police in Lafayette Park after visiting outside St. John’s Church across from the White House Monday, June 1, 2020, in Washington. Part of the church was set on fire during protests on Sunday night.

Barr has since told interviewers he did not order the use of force. The attorney general also said he didn’t consider President Trump’s decision to walk across the square a “political act.”

Barr and Trump have sought to frame the efforts of authorities as a curb on violence by anarchists; Trump ordered a number of domestic security agencies to guard statues and monuments because of what the president called the peril they face from radicals.

Justice Department spokeswoman Kerri Kupec echoed that message Monday with what she called another warning to protesters who might deface or tear down statues in the midst of the demonstrations about police violence.

We WILL continue to prosecute these crimes to fullest extent of law.

The ACLU argues someone else besides Barr must preside to achieve a full and independent investigation into the clearing of Lafayette Square.

“Given the inherent conflict of interest present, appointment of an outside prosecutor is needed to ensure impartiality of any investigation and, if warranted, of any prosecution of any criminal acts committed by members of the executive branch,” wrote Kate Ruane, senior legislative counsel at the ACLU.

The civil liberties group said other statutes could come into play as well, including a federal law that bars conspiracies to injure or intimidate people exercising their constitutional rights and another statute that prohibits interfering with people engaged in lawful speech or peaceful assembly.

President Trump’s photo opportunity in front of St. John’s Episcopal Church in Washington has set off criticism, as police used tear gas and force to clear a path for him to walk from the White House.

Special prosecutors rare but not unprecedented

Any Justice Department decision to appoint a special counsel would be unusual but not unprecedented.

The legal trigger for ordering such an investigation involves a basis for a criminal probe; the presence of a conflict of interest by existing prosecutors; and clear public interest.

The ACLU letter pointed out that the Justice Department has launched criminal cases against protesters around the country for removing Confederate statues and throwing incendiary devices, painting protesters as “instigators” who deserve to spend decades in prison.

“Responsibility for the violent events of June 1 may extend to the very highest levels of the federal government, including to the attorney general of the United States,” the ACLU said. “The country deserves to have these outstanding questions addressed and those responsible for the attacks on our civil rights and liberties that occurred on June 1, 2020, must be held accountable.”