The department released its use of force policy earlier this month and it prohibits neck restraints and chokeholds. 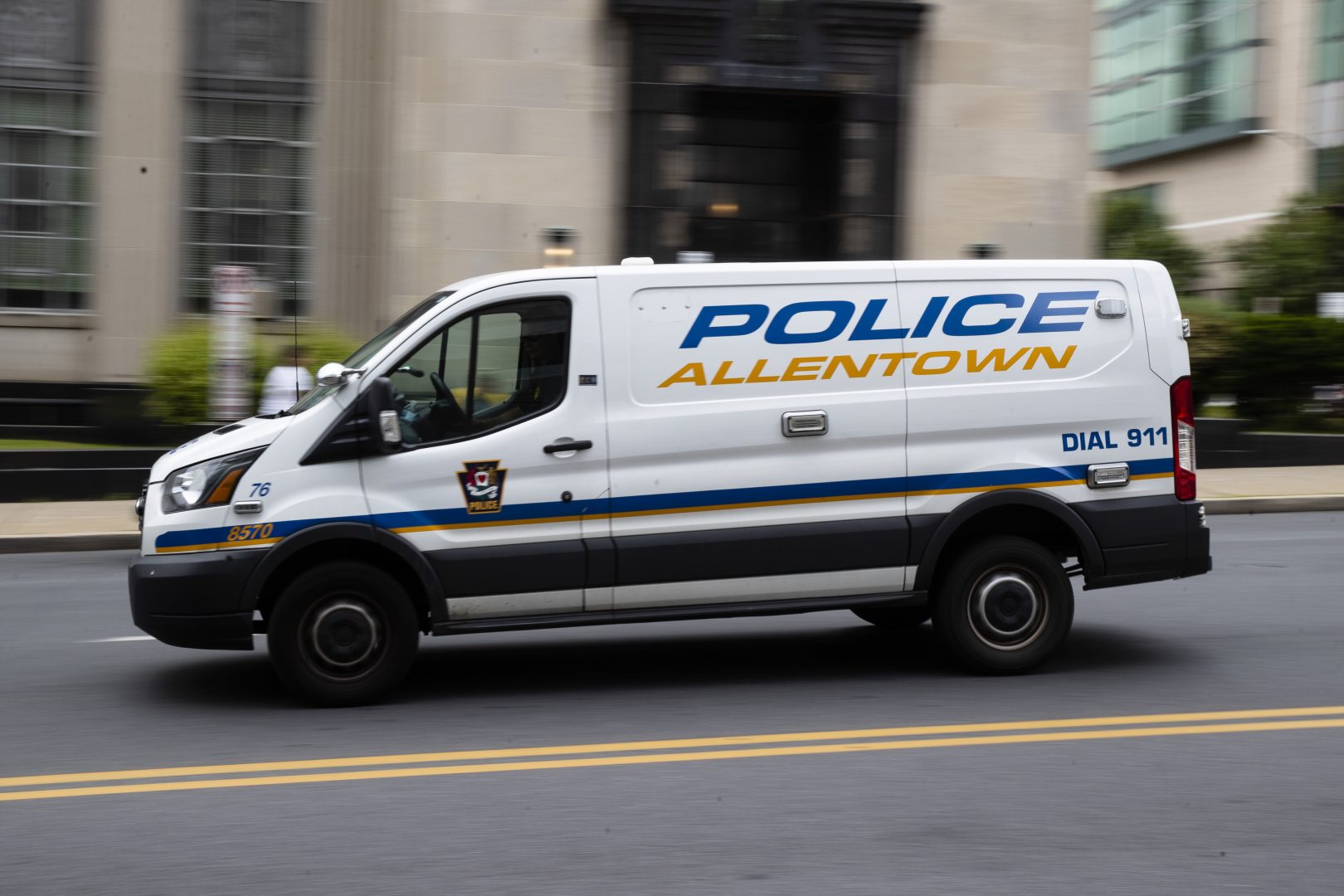 (Allentown) — Video posted on social media that shows an Allentown police officer with his knee on a man’s neck while trying to restrain him has prompted protests and a demand from the local Black Lives Matter group to suspend the officers involved.

The video shot Saturday night from a passerby’s vehicle shows Allentown officers restraining a man on the ground outside the emergency room of the Sacred Heart Campus of St. Luke’s Hospital. An officer has his elbow on the man’s neck before switching to a knee to hold him down while other officers restrained his arms.

The man does not appear to be resisting during the video.

BREAKING:@AllentownPolice were filmed Saturday evening applying the same force to a resident that the cops used to murder #GeorgeFloyd.
This happened here in #Allentown outside a hospital.
We demand answers. We demand change.
We’re Done Dying.#DefundThePolice pic.twitter.com/AbuyvkMNdT

Allentown Police released a statement Sunday night saying the interaction is being investigated and additional videos are being reviewed.

The department released its use of force policy earlier this month, five weeks after a white Minneapolis police officer put his knee on George Floyd’s neck for several minutes, even after he stopped responding. Floyd’s death has sparked protests around the world calling for an end to police brutality and systemic racism.

The policy prohibits neck restraints and chokeholds. It says that officers should only use the amount of force necessary to control the situation.

According to the police statement, officers were outside the hospital for an unrelated matter when they saw a man staggering in the street, vomiting and stopping in the driveway of the ER.

The officers and hospital staff interacted with the man, who began to yell and spit at them, police said. The statement said the man was “noncompliant which required officers to restrain” him. It’s unclear from the video how long the officer had his knee of the man’s neck.

The man was treated at the hospital and released.

Police have not released the name or race of any individuals seen in the video.

The video was posted to social media where people on the Black Lives Matter to Lehigh Valley Facebook page demanded answers from police. The group formed a protest late Saturday in front of the police station, and is planning another march to City Hall on Monday evening with community leaders slated as speakers.

Allentown Mayor Ray O’Connell and police Chief Glenn Grantiz Jr. showed up to the protest. Both said the police need to investigate the matter further. O’Connell called the video “disturbing.”

Police said in their statement that they plan on releasing more videos later this week.