One expert said Pennsylvania would need to increase its testing tenfold in order to answer key questions about the disease and its trajectory.

Getting tested for coronavirus in Pa. is becoming more difficult amid wave of new infections

“Despite the rapid expansion of our testing capacity, demand for testing has been growing faster.”

(Harrisburg) — Pennsylvania flattened the curve of coronavirus transmission this spring but a series of early warning signs, including local spikes and limited testing capacity, point to troubles ahead.

New COVID-19 cases crept upward since mid-June amid Pennsylvania’s reopening and the haphazardly controlled spread of the disease across the southern and western United States. Dauphin County, meanwhile, led Pennsylvania with a 9.4-percent positivity rate, an indicator of significant local spread that’s not being fully detected.

And patients are reporting a new phenomenon: Delays in the scheduling of coronavirus tests and the return of results from samples already collected. That’s a local consequence of the national testing supply chain being stretched to its limit.

“Despite the rapid expansion of our testing capacity, demand for testing has been growing faster,” Quest Diagnostics, among the country’s largest medical labs, said in a written statement. It’s a sentiment reiterated by many others: Aetna, which partners with CVS; BioReference Laboratories, a RiteAid partner; and LabCorp, another leading provider.

The vast majority of tests are performed by private labs, which have the resources to quickly increase staffing and acquire testing supplies. According to the Department of Health, the state lab in Exton is able to test about 1,200 people per day compared to the current daily average of about 12,000 tests. That’s down from a peak of more than 14,000. 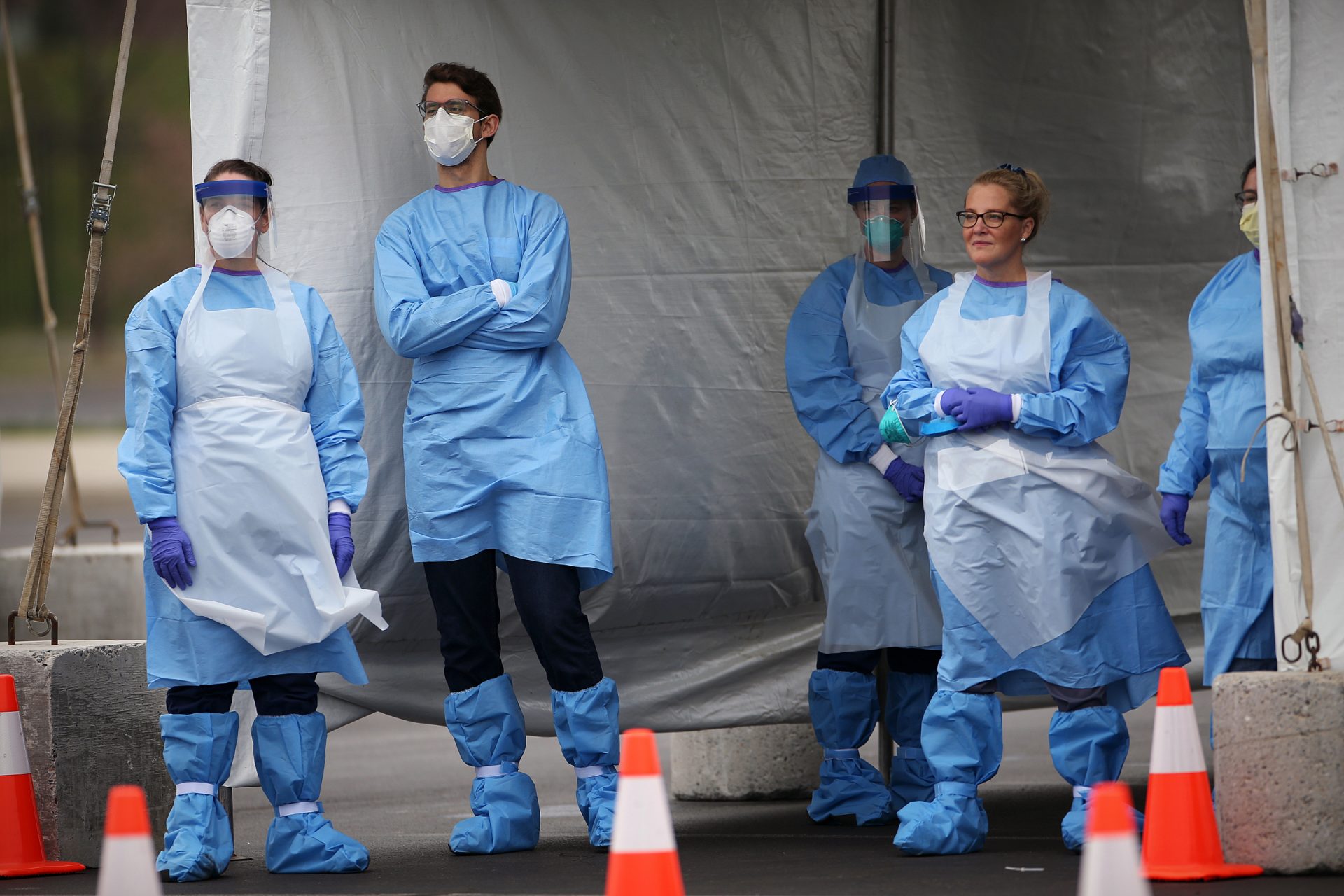 Medical workers wait for cars to pull up to the swabbing tent at the city’s coronavirus testing site next to Citizens Bank Park in South Philadelphia on Friday, March 20, 2020. The site, which opened Friday afternoon, is the first city-run drive-through location where people can be swabbed to determine if they have the coronavirus. At the time of opening, it was only for people with symptoms who are over 50 and healthcare workers with symptoms.

Several patients who spoke to PennLive this week reported waiting to be tested for several days, being told their results won’t be available for up to 10 days or being turned away from a testing site due to a lack of testing supplies. CVS Health reported an average processing time of 5 to 7 days while Quest reported 4 to 6 days for most patients; and those estimated wait times have increased over the last week.

That’s problematic for two reasons. First, patients who know their COVID-19 status may take greater precautions and warn others they may have inadvertently infected during the disease’s 14-day incubation period. Second, the delays impede public health decisions and contact tracing efforts, which the DOH is trying to ramp up in anticipation of a surge of new cases.

“We currently have just under 600 contact tracers,” department spokeswoman Maggi Mumma said, in a written statement. “However, we also know that we may [need] significantly more contact tracers, upward of 1,000.”

As of late last week, Mumma said those tracers were investigating 4,304 new COVID-19 cases — 4,199 confirmed and 105 probable — and monitoring 5,082 individuals known to have been exposed to the virus.

Pennsylvania managed to improve its testing capacity following similar testing delays earlier this spring due to nationwide shortages of test kits, including chemical reagents and swabs. That appears to have plateaued in recent weeks after hitting a daily peak of more than 14,000 last month.

“I am overall pretty satisfied although I’d like to see us testing 18,000 or 20,000 per day,” said Krys Johnson, a Temple University professor of epidemiology and biostatistics. “What’s really going to tell us the story is what the testing looks like with cases coming out of the July 4th weekend.”

Johnson said the insidious creep of complacency, combined with holiday travelers and outbreaks in the South and West, all point to a likely increase in positive cases in the coming weeks. Gov. Tom Wolf’s mask mandate was a smart move, she said, but she wouldn’t be surprised to see the state limit indoor activities or a 14-day quarantine like the one instated by New York on travelers from various hotspots around the country.

“That may very well be something Pennsylvania has to consider,” she said, “because even Delaware was added to New York’s list.” 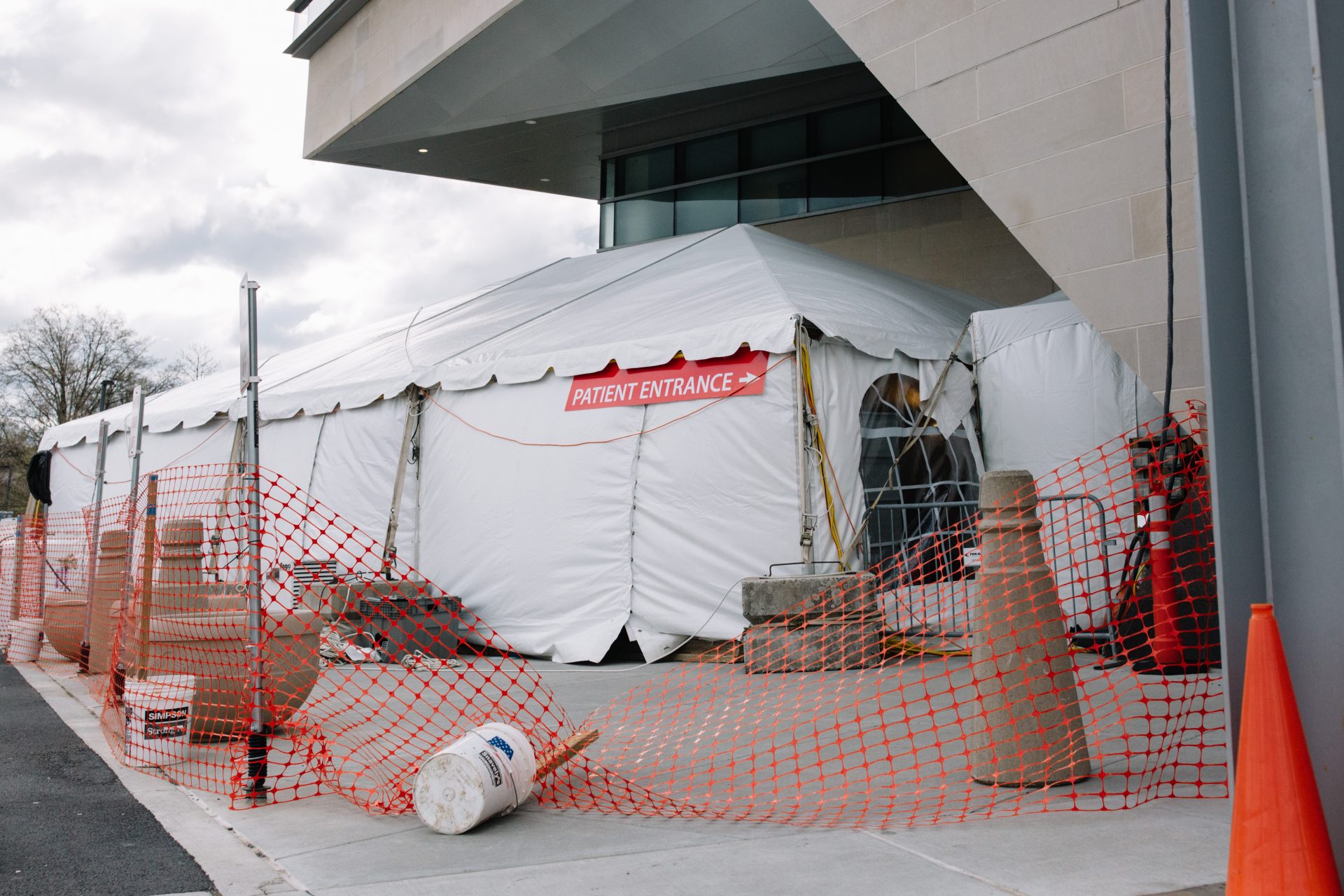 A coronavirus-testing tent is set up outside of Penn State Health’s Milton S. Hershey Medical Center on April 10, 2020.

So far, the Wolf administration has been tightlipped about possible rollbacks amid opposition to the first wave of restrictions from Republican legislative leaders. The state Supreme Court last week rebuffed the caucus’ efforts to rescind Wolf’s emergency orders.

“At this time, we are working to conduct targeted mitigation efforts to prevent having to return to the phased reopening that existed previously,” Mumma said. “However, we will take any step necessary to protect the health of Pennsylvanians.”

Mumma said the holiday weekend had some effect on testing but she stressed that anyone who needs to be tested — whether or not they exhibit symptoms — should be able to. Likewise, recent fluctuations in testing data may be the result of reporting errors and typos.

“We want people to know that if they need (to be) tested, they can and should get tested,” she said.

In principle, that is accurate. Pennsylvanians are able to get tested but the present realities — most of which are beyond the Wolf administration’s control — mean that it’s taking longer for the samples to be collected and for the results to be reported.

Marianne Downes, the incoming head of the American Society for Clinical Laboratory Science’s Pennsylvania chapter, said that’s due to a variety of factors, all of them tied to the increasing testing demand.

“Regardless of some stockpiles built up, you’re still behind in manufacturing,” she said. “And if all the supplies are going to one location, you won’t have them in another — just like with masks.”

Likewise, the system is not designed — nor should it be, Downes argued — to be flexible.

The Food and Drug Administration recently invalidated a whole swath of COVID-19 diagnostic and antibody tests because of unacceptably high error rates. Consequently, any labs that were using those tests lost some of their testing capacity as they scramble to transition to FDA-approved tests.

And, of course, that transition is itself not as simple as it sounds.

Downes said many of these tests require the use of proprietary chemicals used to perform them. Those chemicals simply can’t be exchanged out from one test to the next, she said, leading to further supply problems.

“It’s a bit like Apple phones needing an Apple charger,” she said. “You can’t swap it out.”

The tests are sensitive to such minor variations, Downes said, that using a different chemical reagent than the one specified for the test could invalidate the test.

That’s a big no-no when a person’s health is at stake. 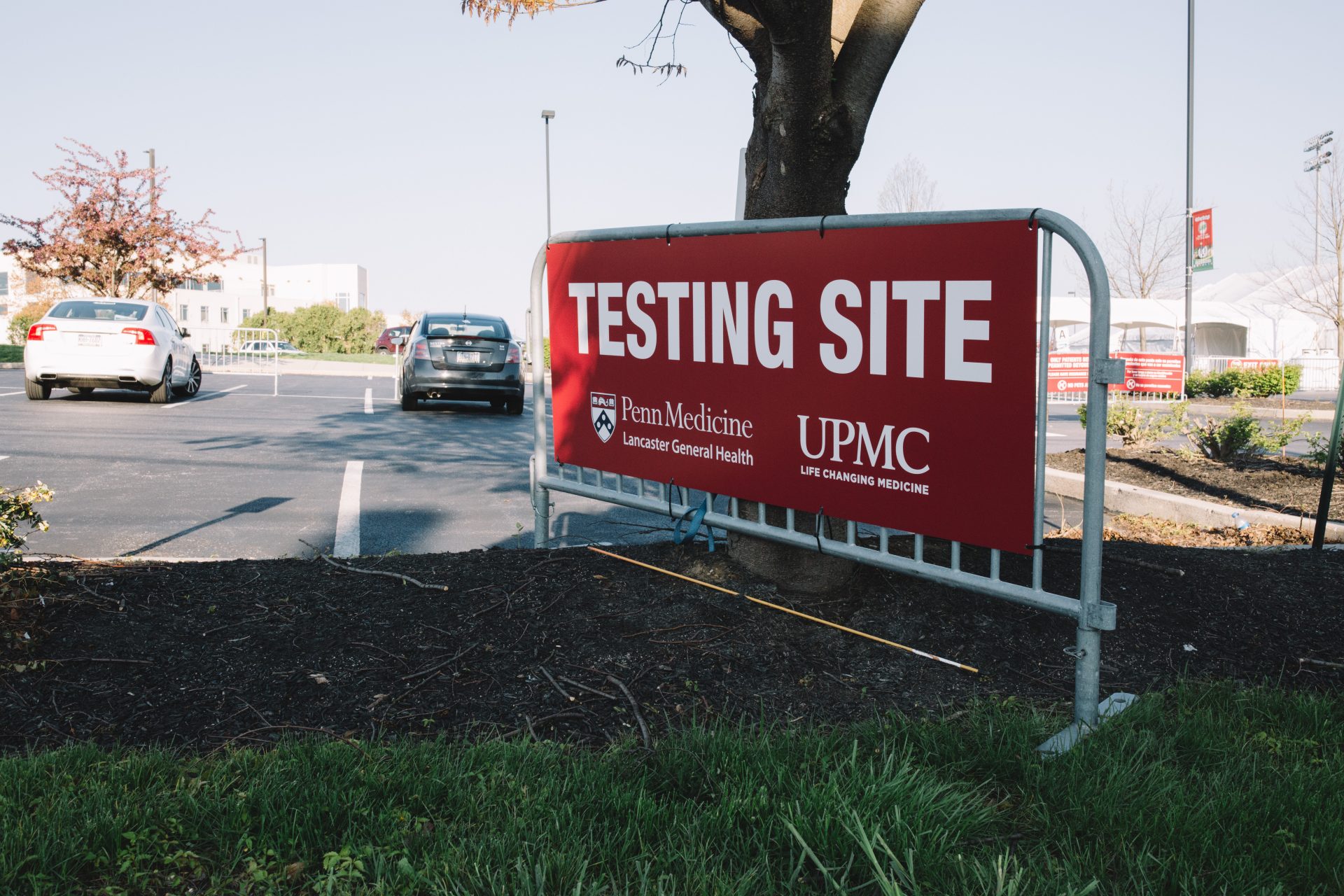 The coronavirus testing site at Lancaster General Health in Lancaster on April 19, 2020.

Downes said this is one reason why major private lab companies like LabCorp and Quest have the advantage over hospital-affiliated and state labs. They’re better able to absorb the cost of these sudden changes, although that doesn’t necessarily guarantee faster processing times.

There’s also an industry-wide staffing shortage that existed long before the coronavirus pandemic cropped up, she said. Many labs, particularly in struggling rural hospitals, simply did not — and still don’t — have the resources to hire more lab technicians.

And if they do take the risk of hiring more staff to respond to COVID-19, it’s likely those people will be laid off at some point in the unspecified future when the pandemic is over and relative normalcy returns.

Downes, who teaches medical lab science at West Virginia University, said recent graduates from her program quickly found jobs thanks to coronavirus but the future is uncertain.

“What do you do with a person you hire once this is all over?” She said. “You do expect a downturn at some point.”

While some labs have the ability to perform same-day testing, particularly if the sample is collected at the same location where the test is performed, Downes said the public at large may have some unrealistic expectations for the length of time required to return a result.

Processing times vary, she said, but the scenario most patients face is this: The swab is collected (for many Pennsylvanians, this will be at a pharmacy) and an employee attaches patient information to the sample and enters it into an electronic data system before sending it to a third-party lab. The actual test normally takes about four to eight hours. Once a lab technician has the result, they enter the data into a computer system and the information is delivered to the patient and state health officials.

Each step in that process takes time, Downes said, and that’s without factoring in transportation and any testing or data entry backlog once the sample arrives at the lab.

“A 5-to-7-day turnaround time is not unexpected,” she said. “And, typically, if there’s not much demand you can expect four to six days.”