FILE - In this Oct. 3, 2009 photo, a Boy Scout, left, works with an instructor on the archery field at Boy Scout camp at Camp Minsi in Pocono Summit, Pa. Some tips for keeping summer activity costs down are given as part of an AP column called "Smart Spending." (AP Photo/Carolyn Kaster, File)

(Philadelphia) — The Poconos have long been a haven for summer camps, drawing kids to the outdoors during precious summer months and providing a break for parents.

As with so many other things, that’s not the case this year.

“I would say probably 70 or 80% of them may not be opening,” said Brian Bossuyt, executive vice president with the Pocono Mountain Visitors Bureau. The pro-tourism group works with around 100 summer camps mostly in Pike, Wayne and Monroe Counties. Several other camp leaders shared similar estimates.

A cascade of factors contributed to these closures: COVID-19 related restrictions that some say would ruin the camp experience, logistical issues and visa restrictions that barred the  international workforce the industry relies upon heavily.

As WHYY reported in May, many parents have expressed interest in sending their kids to camp this summer, in spite of the health risks posed by COVID-19. A lack of child care options has squeezed families during the pandemic, and summer camps provide both meaningful relief for parents and the opportunity for kids to socialize. 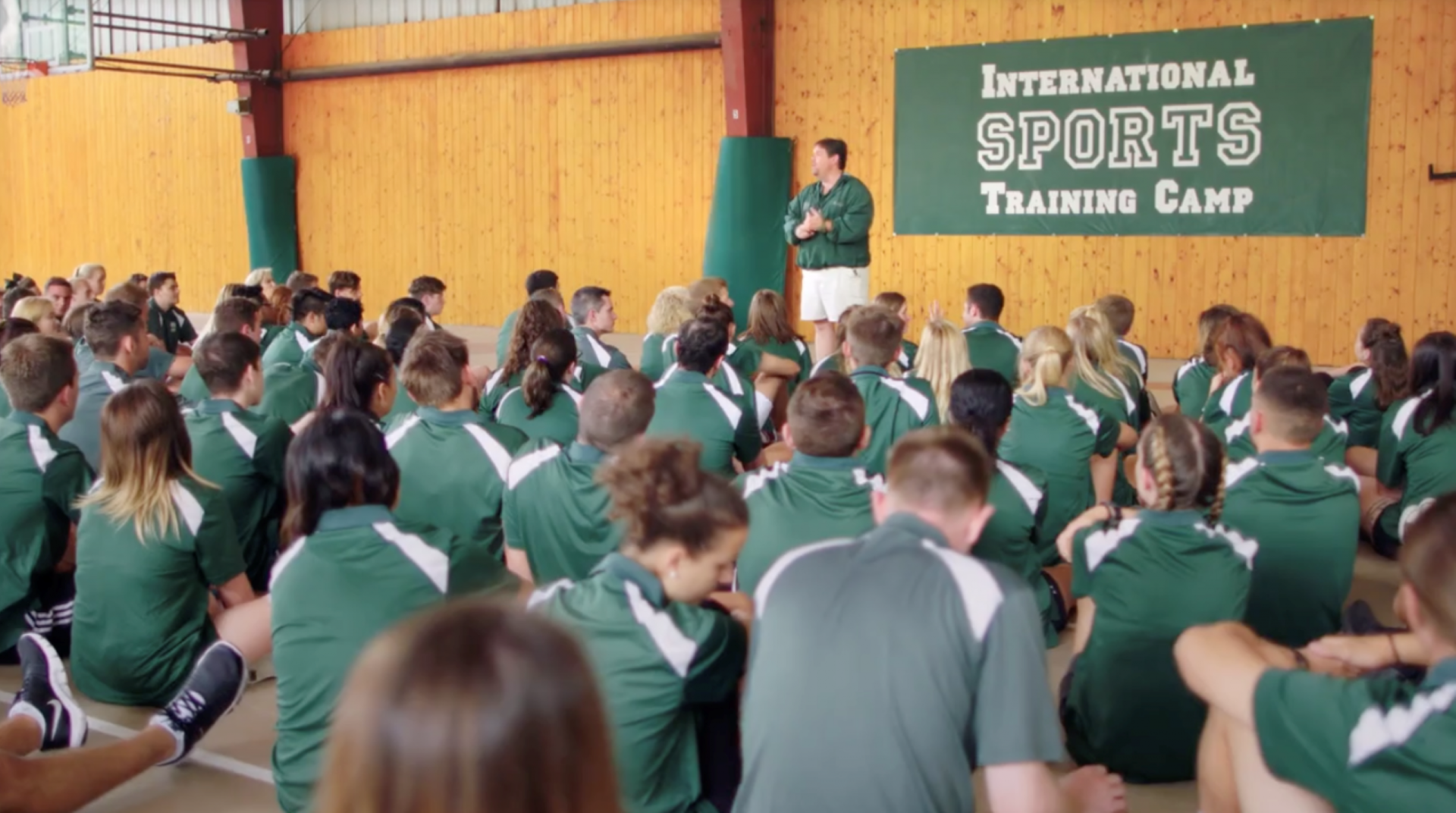 Mark Major, director of ISTC. In previous years of the camps’ operations. ISTC decided not to open in 2020 because even though Major said the COVID-19 restrictions were technically doable, the experience wouldn’t have lived up to previous years.

This year, some camp administrators decided it just wouldn’t be possible to provide that social experience, even if the safety measures were technically possible.

“Camp is all about meeting new people and challenging yourself… The social distancing and a lot of the restrictions, we felt, were going to inhibit what we felt the summer camp experience is about,” said Mark Major with International Sports Training Camp in Monroe County. ISTC usually runs nine, one-week sessions during the summer months. Instead, Major said they are renting out the property for events and weddings, which have picked back up.

Pennsylvania officials released guidance about summer camps in late May, detailing new regulations tied to whether a county is in the red, yellow or green phase of reopening. Camps could open during the yellow phase, but overnight camps could only open if they’re in a green area and followed guidance from the Centers for Disease Control and Prevention.

As of Friday, all Pennsylvania counties are technically considered green, but some, like Philadelphia, have restrictions.

Per that guidance, camps that opened should to space out kids on buses and indoors, enforce mask-wearing, and preferably limit campers’ interactions by keeping them with the same small cohort for the entirety of their camp stay.

Staff at YMCA Camp Kon-O-Kwee Spencer in Beaver County also arrived at the conclusion that it just wasn’t worth it.

“Even when we follow the guidelines perfectly, we can’t guarantee safely,” said executive director Dave DeLuca in a video posted to YouTube. “Camp is all about closeness and relationships, not social distancing.”

If the logistical puzzle of organizing COVID-safe activities for kids wasn’t enough, the lack of international workers “slammed the door” on plans to reopen, said Major. In a normal year, 40% of counselors at his camp are cultural exchange, or J-1, visa holders. College students make up another part of the ISTC workforce, and some schools are shifting their schedules earlier in August, overlapping with camps, which adds another staffing challenge.

In 2018, more than 13,000 recipients of J-1 visas came to Pennsylvania. That group includes au-pairs, exchange students, researchers and students. The single largest group was camp counselors, who numbered 4,080, according to data from the U.S. Department of State.

In late June, the Trump administration shut down the J-1 program, and several other visa programs, until the end of the year. Letting in workers from abroad “poses a risk of displacing and disadvantaging United States workers during the current recovery,” officials wrote.

For summer camps and other seasonal industries that have traditionally attracted these international workers, it was just one more blow in an already bad year.

“For many, the decision to open was complicated by their inability to get J-1 workers,” said Dale Dohner, chair of the local chapter of the American Camps Association, and director of Camp Oneka in Tafton, Pennsylvania.

Even before the most recent immigration restrictions were applied, travel bans and embassy closures due to COVID-19 had slowed the flow of people significantly. International Exchange of North America, one of the groups that partners with the U.S. Department of State to administer these visas normally helps place 7,000 J-1 visa holders annually. This year, the number is 100, according to CEO Matt Buczek.

While there is no official estimate, camp closures are “going to affect the local economy drastically,” said Bossuyt, of Pocono Mountain Visitors Bureau. A 2016 survey of how summer camps fit into the Poconos’ economy found that most had been in business in the area for more than 60 years, paid more than $2.5 million in property taxes in Wayne County alone, and supported around 9,940 jobs jobs both directly, and indirectly.