A conversation without words. 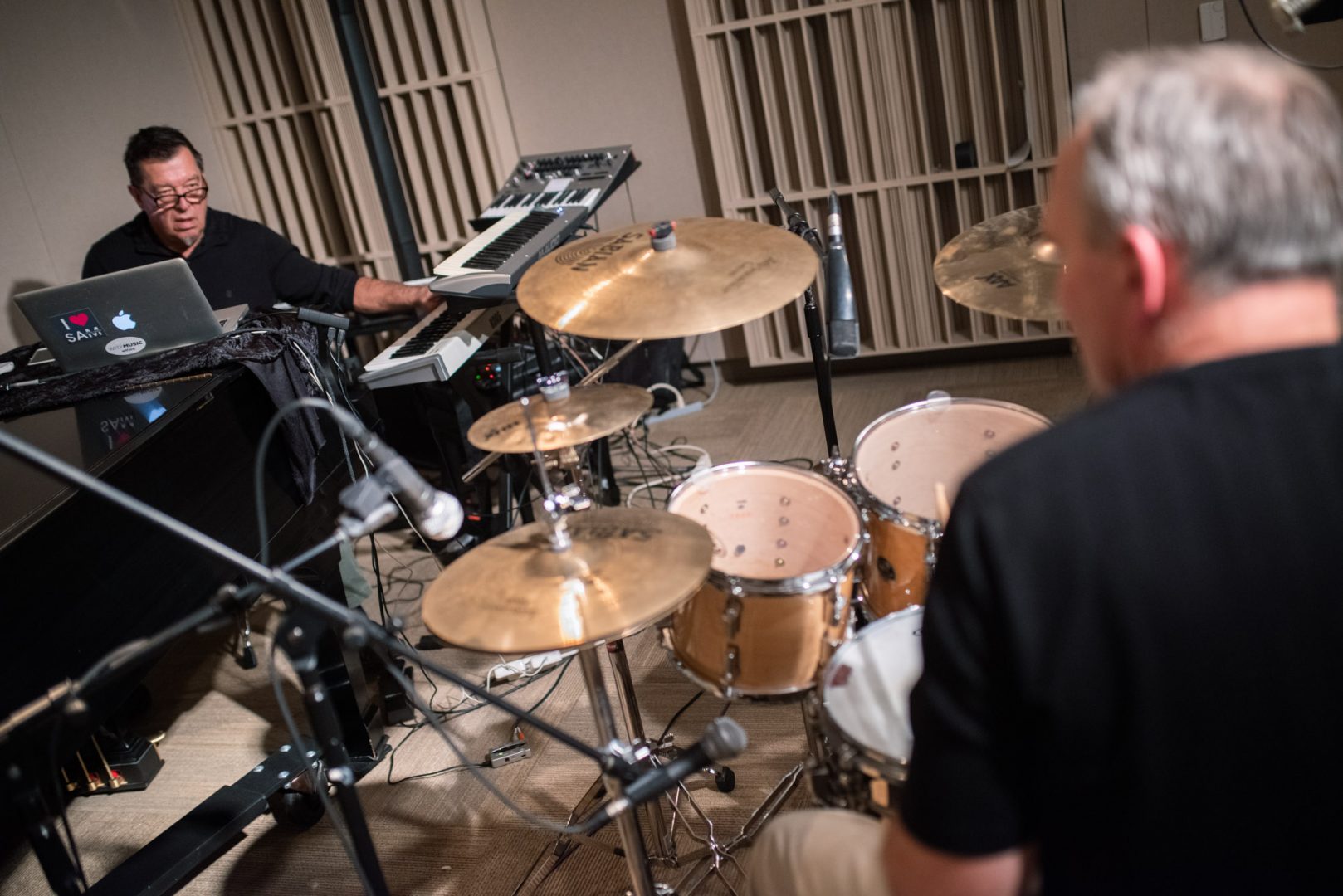 Sometimes music is planned out. Sometimes it’s more like a conversation, with new ideas, new thoughts happening and being worked out in real time.

“One night we were playing together in Ralph’s basement studio,” says drummer Ray Wright. He and pianist Ralph Diekemper create music under the name The RaRas.

“We started playing some stuff and Ralph just happened to hit the record button. Half an hour later we were like, ‘Wow, that was incredible. What did we just do?'” 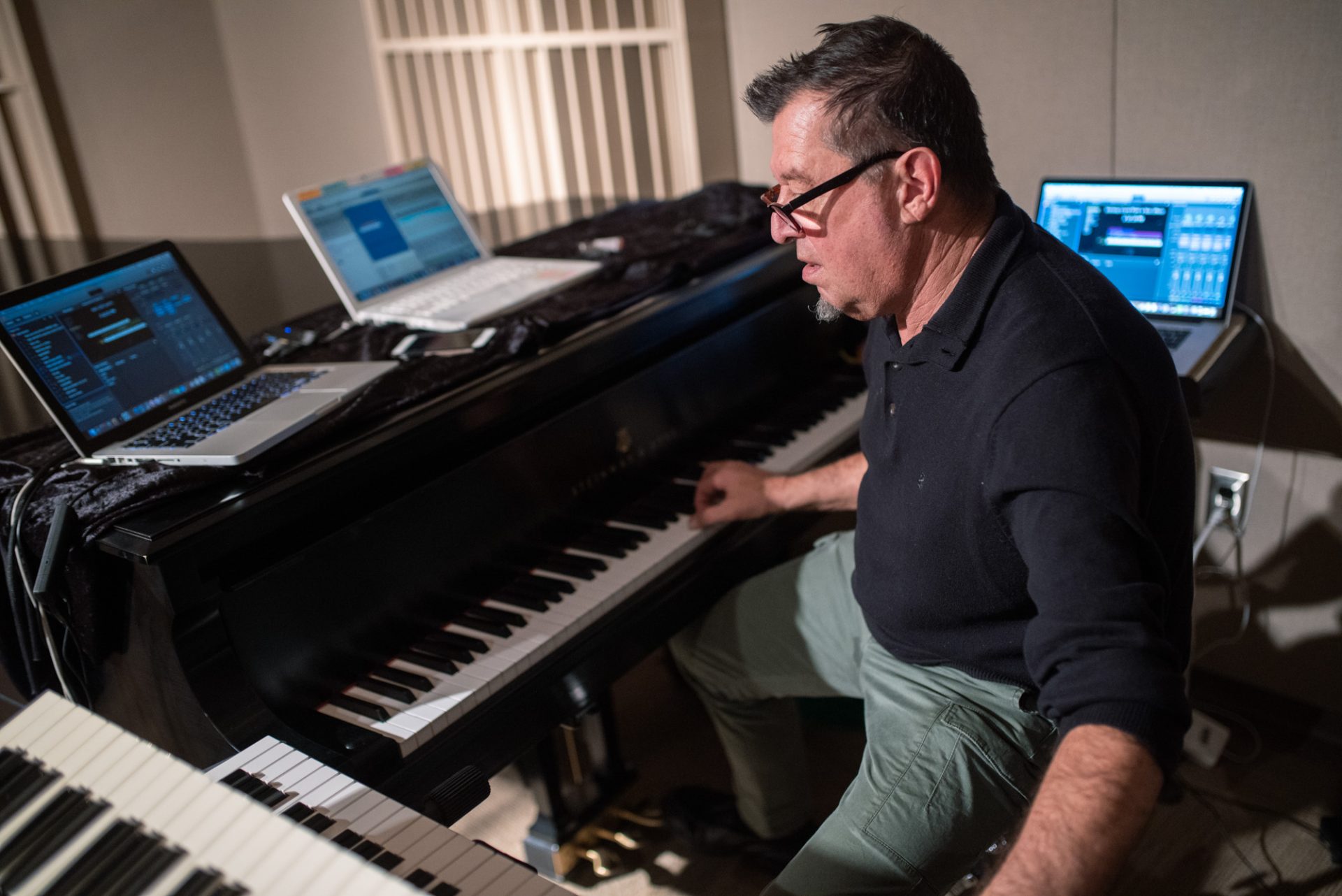 “It’s just one of these things,” Ralph adds.

“I don’t know how it happens but we just communicate. I love the way Ray plays and the rhythms compel me to do particular things. I like to think one of my strong suits is just … I find a melodic place to go to even though it might not be your typical melodic line, but it’s based in chord structure. And it just moves. And so we find a way to move together.” 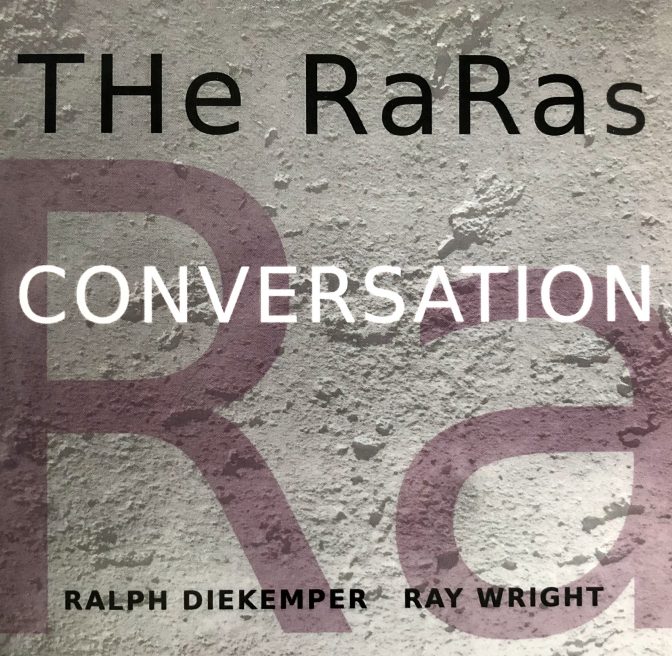 During that session in Ralph’s studio, the two of them were especially in tune with each other; with just their instruments, they spoke to one another. 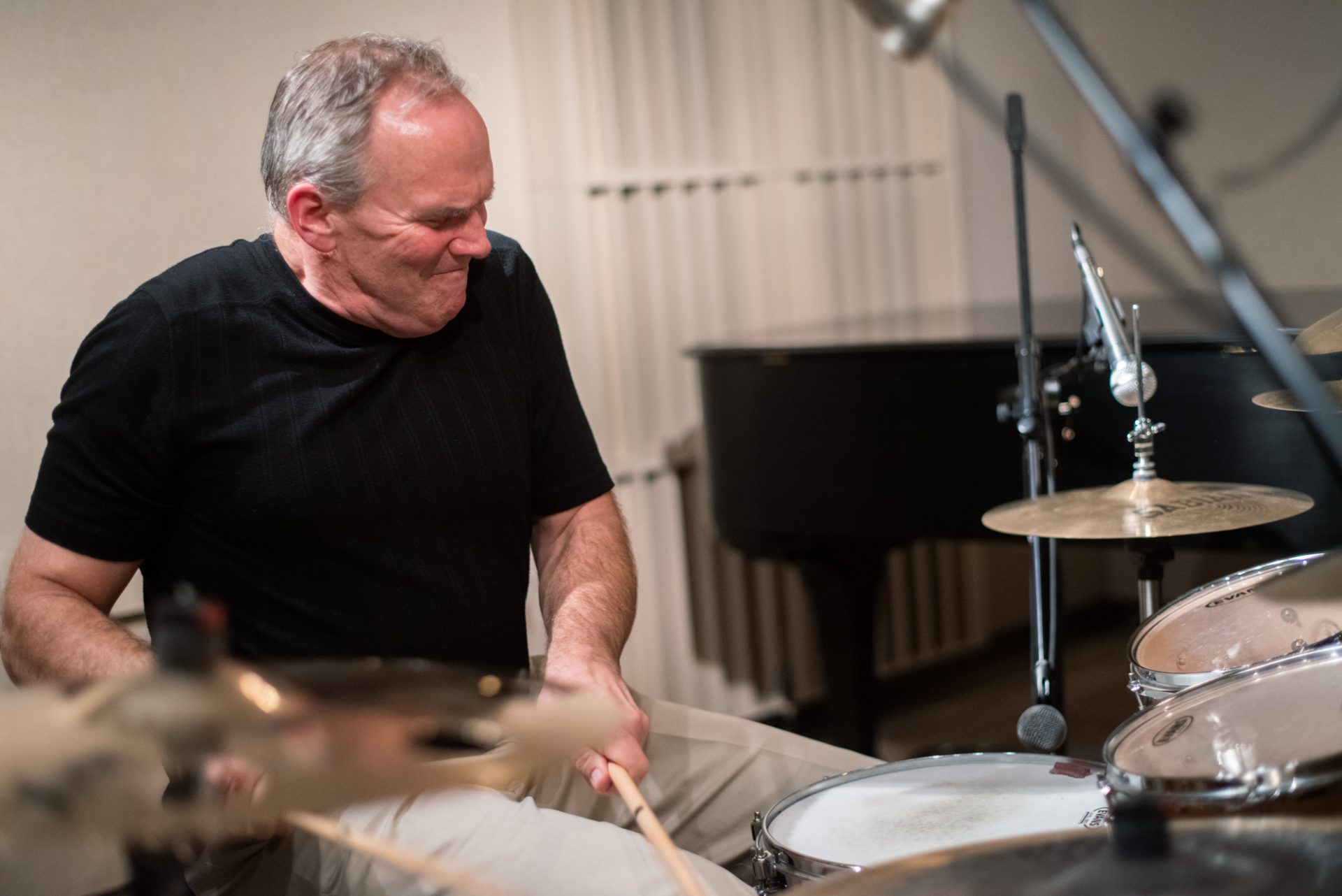 “Sometimes it happens like that, you know,’ Ralph muses. “And sometimes it doesn’t happen. And that’s one of the things about doing this: when you put yourself out, you’re really exposing yourself. It’s like ‘Damn the torpedoes.'”

When it does happen for Ralph and Ray, when they have one of those sessions in which they really connect, something more than music comes out of it.

“All of a sudden the music becomes greater than the sum of its parts,” Ray says. “It’s like you’re just kind of playing and the music is taking you somewhere else and you’re just kind of along for the ride. And you’re just doing whatever you’re being guided to do. And you talk about the God moment or something like that, maybe that’s where it comes from. It feels … it’s a great feeling because you just get to this point. … It’s a high. It’s a natural high.”

Ralph Diekemper playing keyboard and piano in the studio. 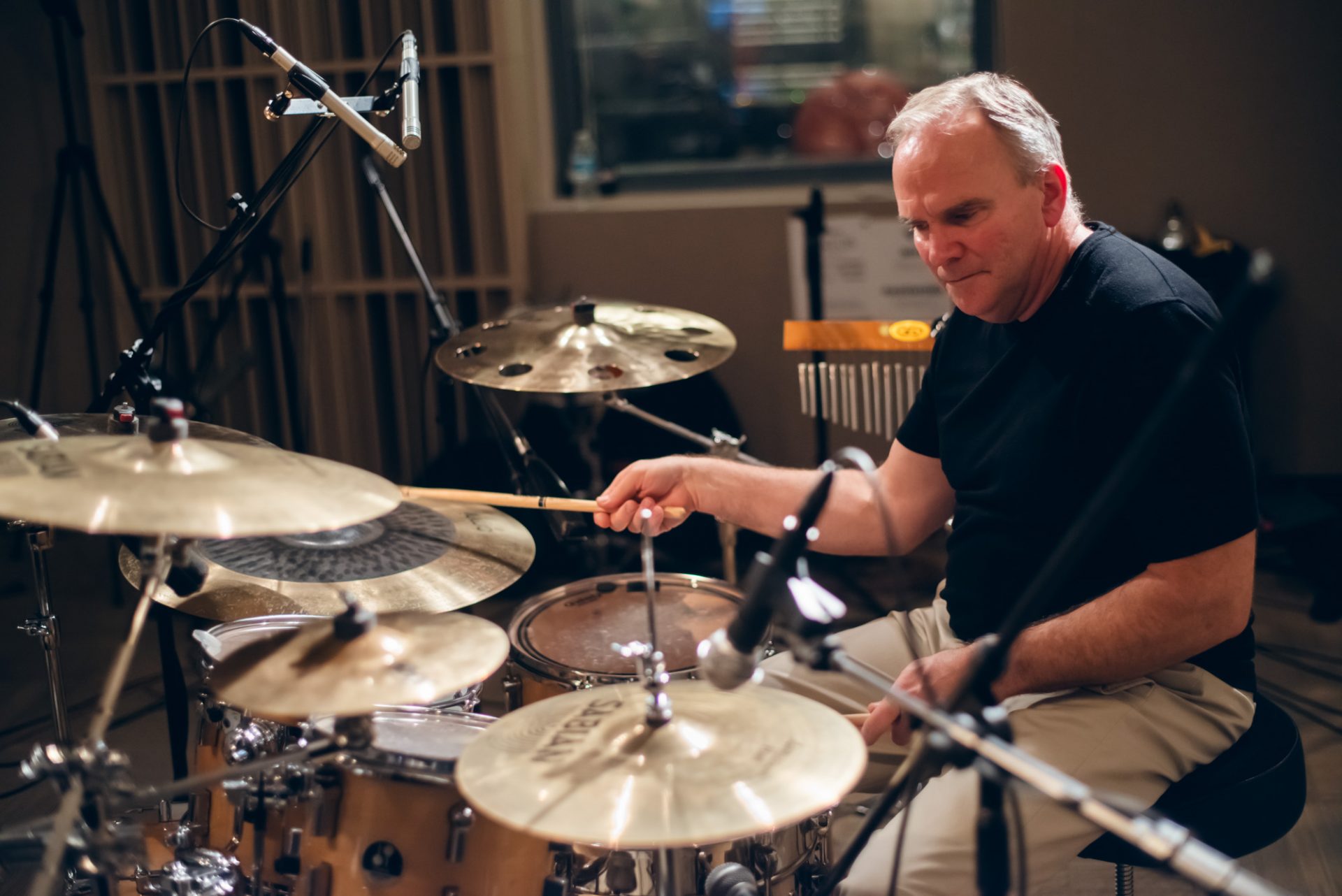 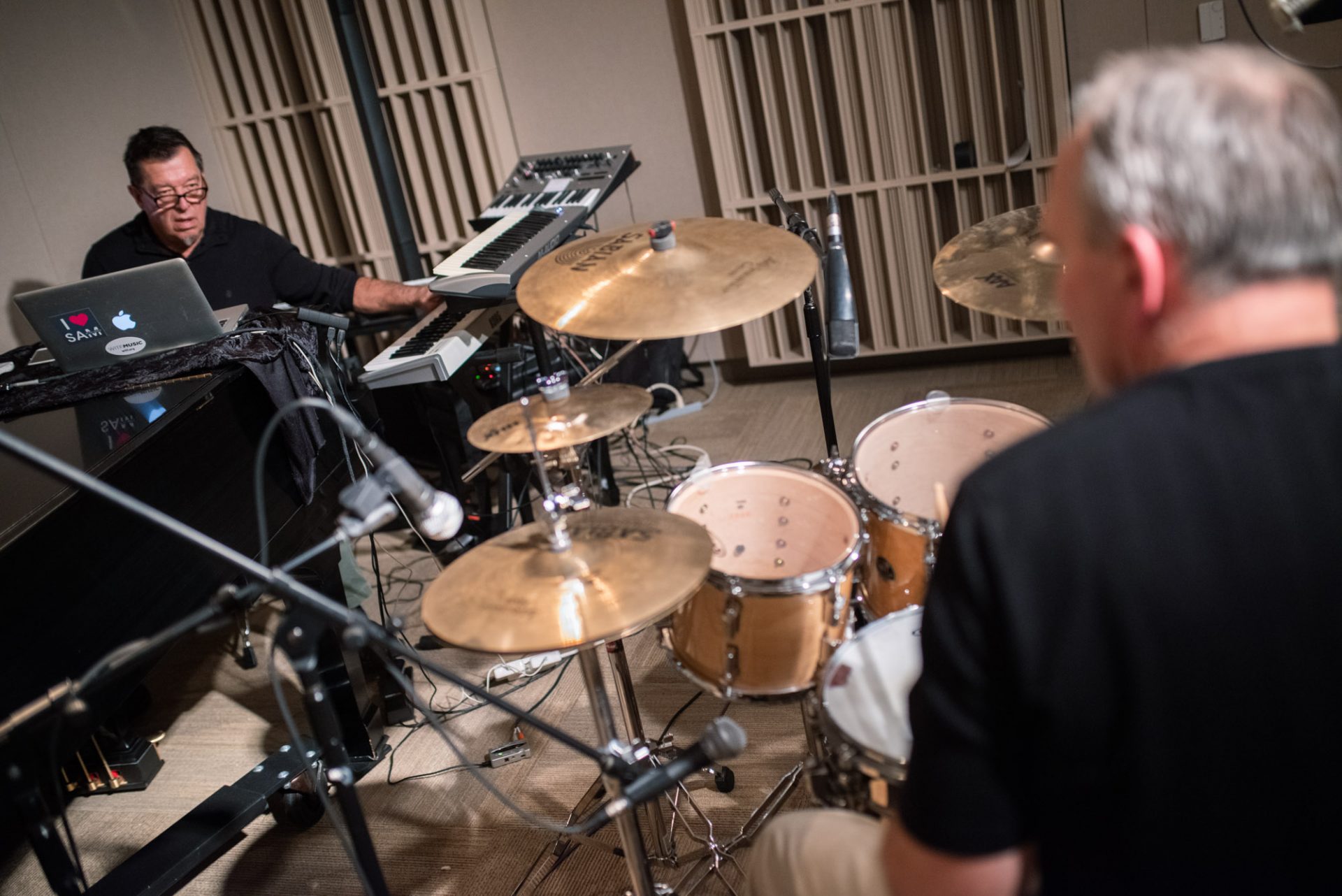 Ralph say, “With Conversation we finished it and we did have that look about each other like, ‘What just happened?’ And I knew that we really, really … we had something that I wanted to share.”

Listening From a Distance