Lakeisha Wolf helped coordinate an effort in which residents of the Hill District in Pittsburgh were paid to make face masks that then were distributed free to people in the district.

How a Pittsburgh businesswoman pivoted to take on pandemic, racism crises: ‘People need to undo what’s been done within themselves’

Lakeisha Wolf is a first-generation Pittsburgher who has been an activist since her time in college at Penn State.​

The Hill is home to many of Pittsburgh’s Black residents – and was home to famous playwright August Wilson – but over the past few decades, homes and businesses have been torn apart for redevelopment.  But residents also stood against the city to say “no more.” Freedom Corner marks where they took a stand in the 1960s, and the monument honors the residents who stood up to the city.

Lakeisha Wolf owns Ujamaa Collective, a nonprofit in The Hill that provides a marketplace for Black women for art and entrepreneurship. Wolf is a first-generation Pittsburgher who has been an activist since her time in college at Penn State.​

Listen to the story:

Earlier this year, Wolf focused on finding a new building for Ujamaa. Then came the pandemic, and more deaths of Black people at the hands of police.

So she shifted to new things. Wolf has now formed a coalition of Black mask-makers and works to ensure they are paid for their work. She also is partnering with other members of the Hill District to feed families in need.

And after another act of police brutality against Black people, Wolf honored Breonna Taylor – who was killed by police while in her home – and other Black women. Wolf says she is not surprised that the fight for racial equity continues. 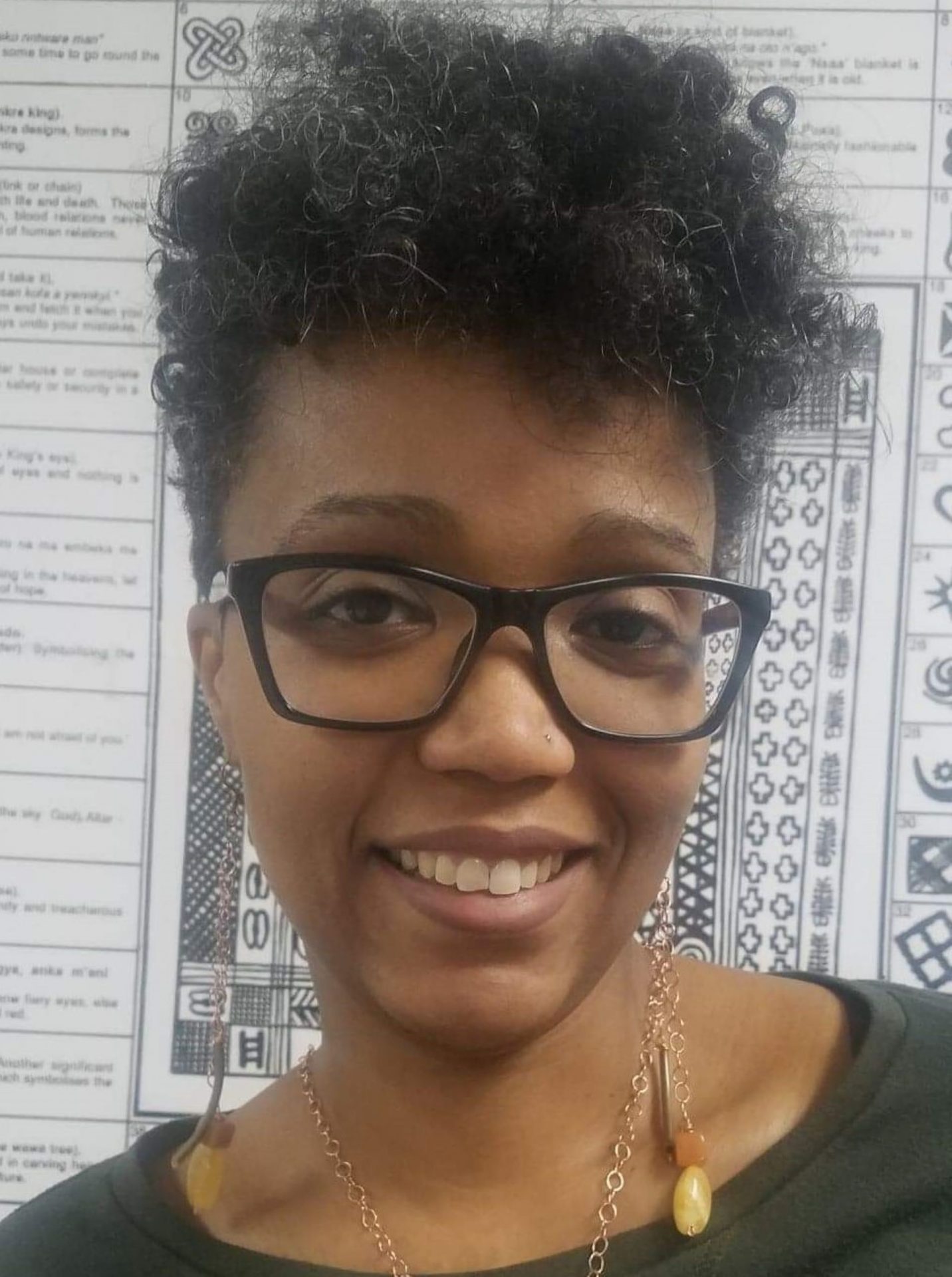 Lakeisha Wolf owns the Ujamaa Collective in the Hill District of Pittsburgh.

“The reality is that white supremacy patriarchal racism has been codified and systemized for over 400 years,” Wolf said. “So it’s gonna take us time to undo it. But systems are operated by people. And people need to undo what’s been done within themselves.”

In February, I learned that Pittsburgh’s Black residents can sometimes be wary about media. Many felt they had been misrepresented multiple times, and often would not want to talk with reporters.

That same month, I reached out to a former school board and city council member. He explained to me why some residents felt that way. He also explained the history of The Hill. And he connected me with business owners and community organizers.

Over the course of the month, I visited and talked to residents from The Hill about its history, their roles in the community, and why it is one of the most important neighborhoods in Pittsburgh. Then, in March, after Pittsburgh was shut down due to the pandemic, I would reach out to the people I met in the Hill and check in to make sure all was well with them.

After I checked in with Lakeisha Wolf, who owns Ujamaa Collective, I learned that she was actively making sure residents had masks and food. She had put her original plans of finding a storefront in The Hill on

hold, and focused on the community itself. Lakeisha explained how she found mask makers and ensured that they got paid for their work, while the community received masks for free.

Then came more acts of police brutality, and her focus shifted again. She was still helping to provide masks and feed people, but she then focused on honoring Black women, and calling out brutality against them.

Wolf talked to me three separate times via Zoom, and let me follow her for a day (at a safe distance) as she picked up and dropped off food and masks throughout the community. Wolf continues to partner with community members and give to those who are in The Hill.