The university also announced the creation of scholarships to promote equity and diversity.

(State College) — In an online town hall on Monday, Penn State President Eric Barron talked with the co-chairs of the university’s new Select Presidential Commission on Racism, Bias and Community Safety about their plans for the commission.

The university also announced the creation of scholarships to promote equity and diversity. Barron said Penn State will match up to $10 million in donations toward diversity and equity scholarships, and fund memorial scholarships named after George Floyd and Osaze Osagie.

Penn State had previously outlined seven measures to address racism and bias, including coursework for students and mandatory training for employees.

The co-chairs of the new presidential commission are Dean of Dickinson Law Danielle Conway, Dean of the College of the Liberal Arts Clarence Lang, and Chair of the University Faculty Senate Elizabeth Seymour. 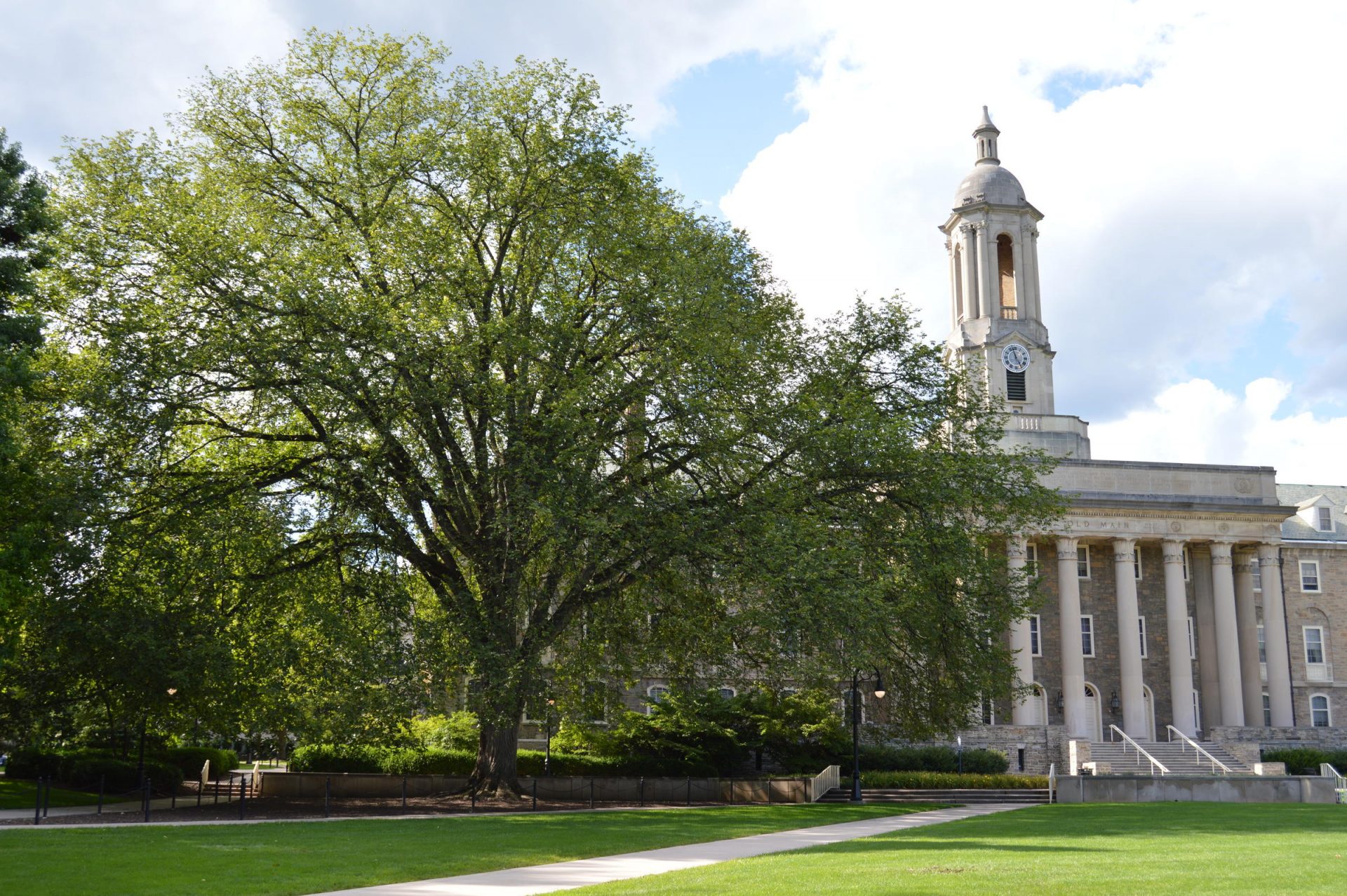 FILE PHOTO: Old Main, the administration building at Penn State, is seen in this file photo.

Conway said “disruption” is the key to change.

“The time for incrementalism is long gone,” Conway said. “Disruption must be swift and deep and full of our complete attention and commitment.”

Penn State Trustee Brandon Short will chair a Board of Trustees oversight group on the commission. He said that as a person of color he understands how people can be skeptical that a commission can do anything about racism.

“In the past we’ve received lip service and some broken promises,” Short said. “But I had an opportunity to get to know President Barron, who was a part of the Civil Rights movement. And I know that the issue of race and equality is important to him on a personal level.”

To start the conversation on systemic racism, Short told the stories of two times police held him at gunpoint unprovoked, once when he was 14 and once while he was playing football for the New York Giants and on his way home from a gala with his now wife.

“The moral of the story is, it doesn’t matter…it didn’t matter, whether I was an inner-city kid in a hoodie walking home, a teenager. Or I was a professional football player in a tuxedo,” Short said. “All the cops saw was Black. And all they saw was their guns were pointed at me.”

Penn State community members can submit input on the initiatives at actiontogether.psu.edu.

There will be three roundtables on race starting with one Tuesday from 3-5 p.m. titled “Toward Racial Equity at Penn State.”