FILE PHOTO: In this Wednesday, April 1, 2020 file photo, a double decker bus drives along an empty Westminster Bridge in London. The European Union on Tuesday, April 21, 2020 says its vaunted tourism industry is facing decline due to the coronavirus crisis while Internal market Commissioner Thierry Breton says it should be the prime sector to receive over a fifth of all recovery funds.

EU sets new list of approved travel partners. The U.S. isn’t on it

As ambassadors at the European Council debated the final list, the U.S. shattered its record for daily new cases, reporting 39,972 new cases on June 26.

(Washington) — U.S. travelers won’t be among those allowed to visit the European Union when the bloc begins opening its external borders on July 1. EU ambassadors endorsed a list of 15 travel partners on Tuesday, including South Korea, Japan and China – countries that were hit early by the pandemic but have been able to bring the coronavirus under control.

The U.S. was seen as a longshot to make the travel list, which requires that only those countries with epidemiological situations — taking into account both the infection rate and current trends — that are equal to or better than the EU’s can send tourists and other nonessential visitors to the open-border region.

When the EU began discussing its travel list earlier this month, many U.S. states were seeing a worrying spike in cases — a trend that has only worsened. 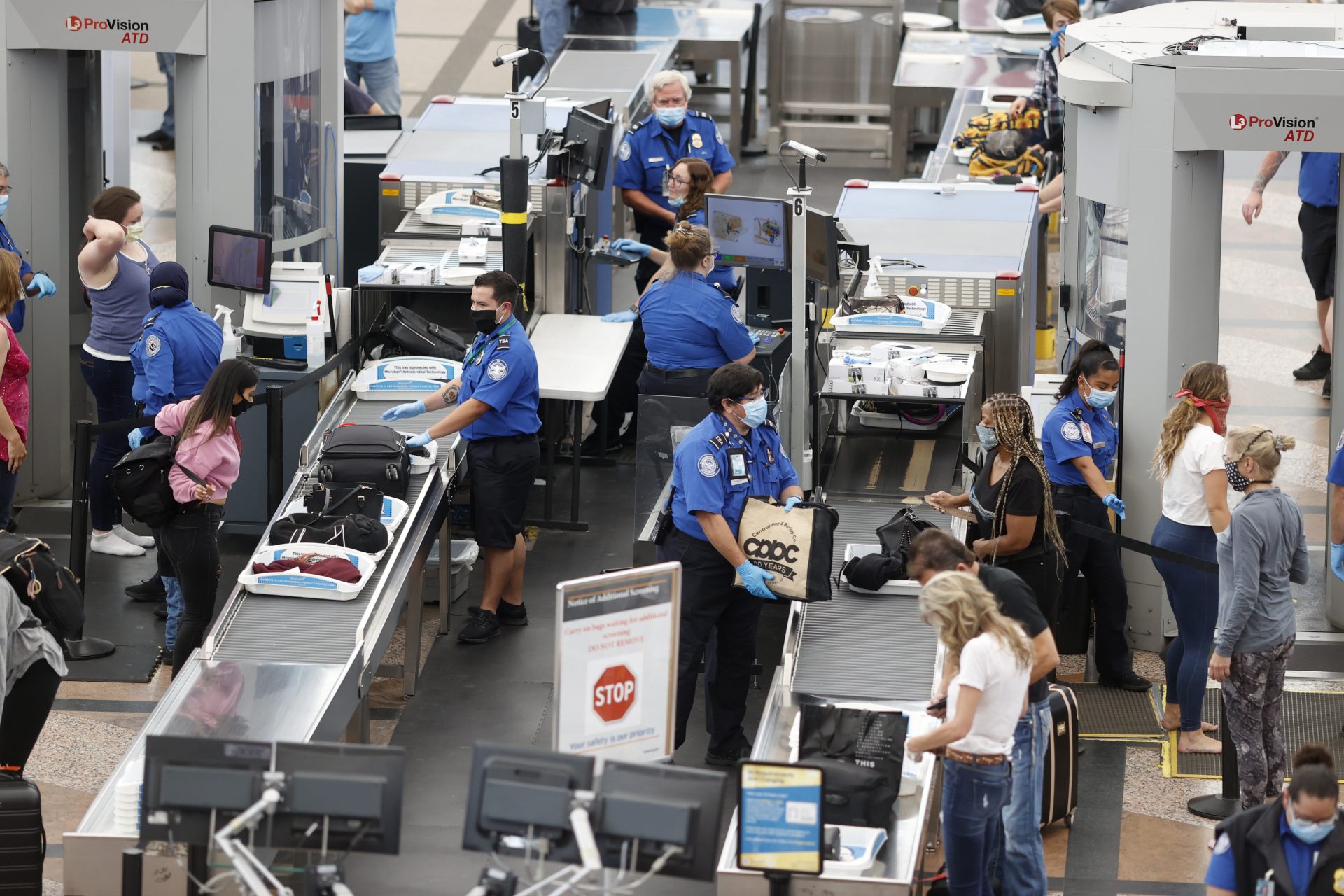 Transportation Security Administration agents work at the south security checkpoint in Denver International Airport as travellers deal with the effects of the new coronavirus Wednesday, June 10, 2020, in Denver.

As ambassadors at the European Council debated the final list, the U.S. shattered its record for daily new cases, reporting 39,972 new cases on June 26, compared with its previous mark of 36,291 cases, which was set on April 24.

Another factor: The EU list requires reciprocal easing of travel bans — and the U.S. currently bars most travelers from European countries. China’s inclusion on the travel list is predicated on its removal of EU members from its own travel restrictions.

They’ve done it! Border battle over.

The allowed countries are:

Now that the EU travel list has been released, the bloc plans to revise it on a regular basis, perhaps as frequently as every two weeks. For now, the U.S. is excluded along with other countries that are struggling to fight the coronavirus, such as Brazil and Russia.

The EU has roughly 116 million more people than the U.S. But the bloc is currently reporting roughly 1.5 million coronavirus cases – far less than the more than 2.6 million cases reported by the U.S.

And in a troubling sign of how deeply the coronavirus has taken root in the U.S., the head of the Centers for Disease Control and Prevention has said that the official tally is vastly undercounted, with more than 20 million Americans possibly infected.

“Our best estimate right now is that for every case that was reported, there actually were 10 other infections,” CDC Director Dr. Robert Redfield said last week. 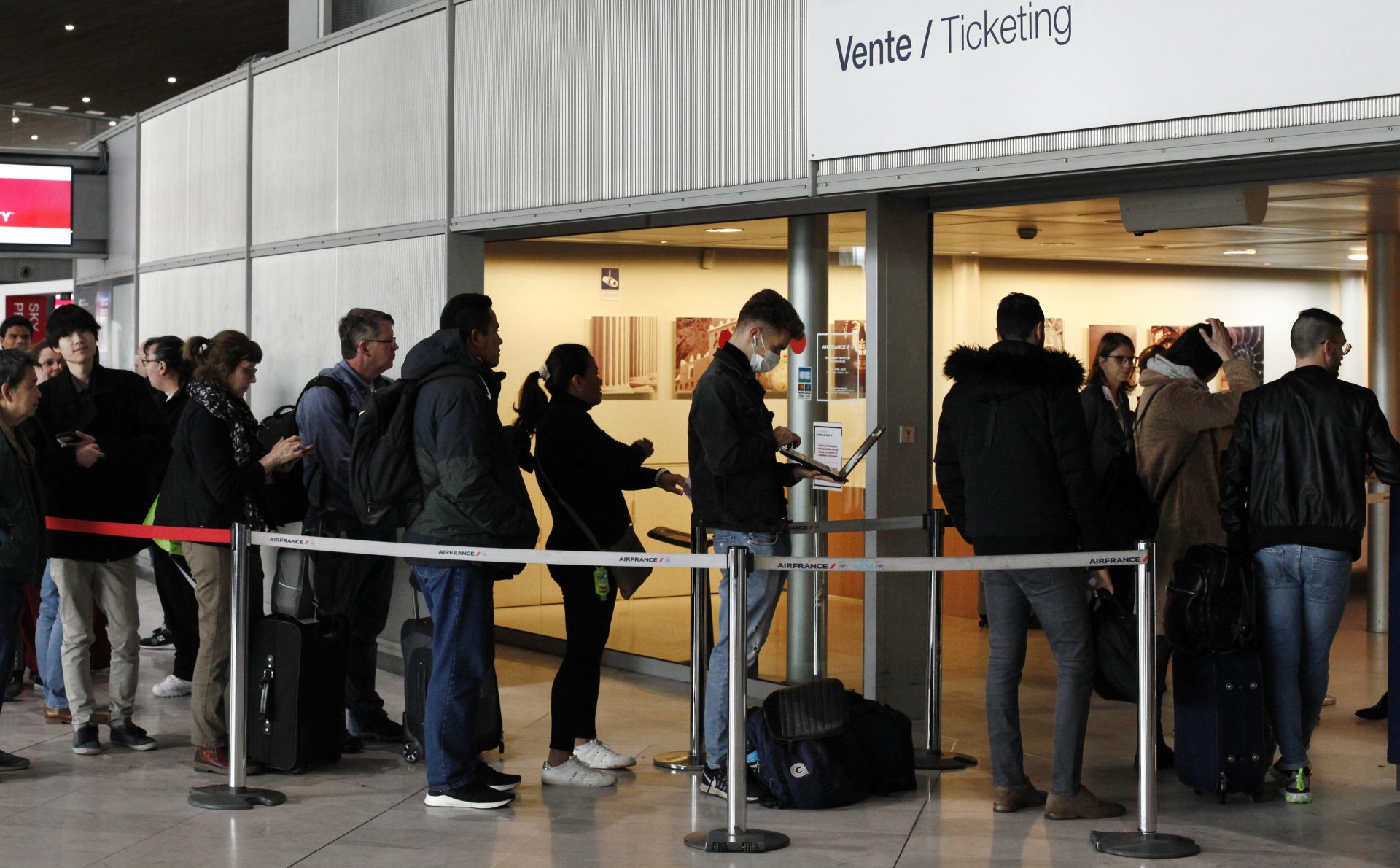 Passengers wait in front of the Air France desk at an airport near Paris on Thursday, a day after President Trump announced a 30-day ban on travel from most of Europe to the United States.

As it issued the travel list, the EU also provided more clarity about how it analyzes other countries’ COVID-19 status. In addition to looking at the number of new cases over the past 14 days, for instance, the European standard calls for a country’s case rate per 100,000 inhabitants to be “close to or below the EU average.”

When U.S. Secretary of State Mike Pompeo was asked about the possible exclusion of the U.S. last week, he said discussions are ongoing.

“I am confident that we will find a set of conditions that create sufficient health and safety protections” and still allow travel, Pompeo said at a press briefing.

If no U.S. tourists visit Europe in the coming months, it would deal another financial blow to an already ailing travel and hospitality industry. Last year, roughly 2 million or more Americans visited Europe in each month from May through September, according to the U.S. National Travel & Tourism Office.

The COVID-19 pandemic has turned travel into a fraught topic, due to fears of the possible spread of the deadly disease. It has also caused tension between the EU and the U.S., particularly after President Trump announced a travel ban on 26 European countries (exempting the United Kingdom) in mid-March. EU officials publicly registered their disapproval, saying they had not been warned about the ban. Days later, the EU began closing its own borders.