In this Monday, March 19, 2018 photo, a UH-60 Black Hawk helicopter carrying US advisers and Afghan trainees takes off at Kandahar Air Field, Afghanistan. The U.S. military has been flying UH-60 Black Hawk helicopter missions in Afghanistan for years, but the storied aircraft will soon take to the country’s battlefields manned by pilots and crews from the Afghan military.

"This was a red flag — it either was not waved or the president ignored that wave."

(Washington) — House Democrats condemned and mocked President Trump after a meeting at the White House about the alleged Russian bounty payments on Tuesday and said they want more information from the intelligence community.

House Majority Leader Steny Hoyer, D-Md., led Democrats including the chairmen of the Foreign Affairs, Armed Services and Intelligence Committees and others.

Hoyer said he didn’t believe they received “any new substantive information” but they nonetheless criticized what they called the poor practices within the Trump administration that have led to this point.

“This was a red flag — it either was not waved or the president ignored that wave,” Hoyer said.

At issue are what appear to be disputed allegations within the spy world about whether Russian paramilitary or intelligence operatives might have paid bounties to the Taliban in order to target U.S. and allied troops.

Members of Congress, intelligence and Defense Department authorities have intimated that they are trying to bolster an evidentiary case based on discoveries by U.S. forces in Afghanistan and, potentially, statements by captured enemies or others.

Some officials have said that work may now be disrupted by the press reports and public furor about it.

The Democrats who visited the White House on Tuesday said they considered what exists in evidence today serious enough not only to have merited a presentation to Trump but a public warning by him to Russian President Vladimir Putin not to target American forces.

Hoyer and his colleagues said they want to hear directly from intelligence community leaders, as opposed to the White House officials with whom they met on Tuesday, and for every member of Congress to get a presentation too.

So far the White House only has talked with small groups. Republicans went first on Monday. 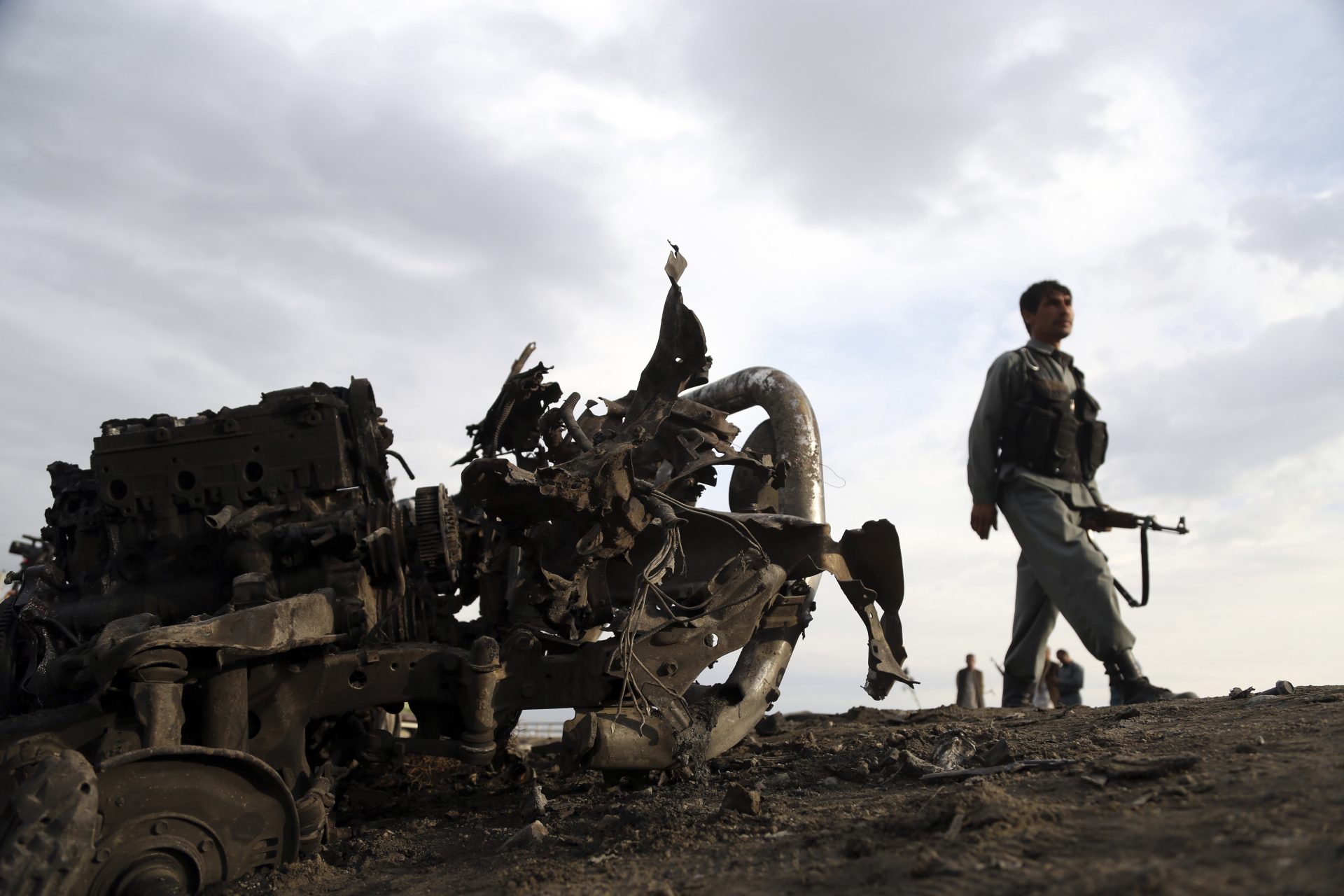 Afghan security forces gather at the site of Monday’s attack near the Bagram Air Base, north of Kabul, Afghanistan, Tuesday, April 9, 2019. Three American service members and a U.S. contractor were killed when their convoy hit a roadside bomb on Monday near the main U.S. base in Afghanistan, the U.S. forces said. The Taliban claimed responsibility for the attack.

The Democrats on Tuesday revived old criticisms that Trump is too deferential to Putin and Russia. They also faulted what they said have become dysfunctional operations within at the White House.

“There may be a reluctance to brief the president on things he doesn’t want to hear — that may be more true with respect to Putin and Putin’s Russia more than any other subject,” said Rep. Adam Schiff, D-Calif., chairman of the House Intelligence Committee.

But Schiff also implied the intelligence agencies and aides responsible for keeping Trump informed about threats may have not done all they could to get him to digest the bounty allegations.

“If a president doesn’t read briefs it doesn’t work to give him the product and not tell him what’s in it,” Schiff said.

The New York Times and The Associated Press have reported that intelligence officials described the Russian bounty allegations to White House officials months or more ago, likely in written materials — ones Trump evidently did not absorb, given his denials about knowing of the story.

The White House said on Monday that Trump still hadn’t had a special presentation about the bounty allegations because of the disagreement about the matter within the intelligence world.

The White House has faced significant scrutiny since the first reports of the bounty payments were made public and stirred confusion among onlookers about what was known when and by whom.

Leaders in Congress and the chairmen of the relevant committees — including Intelligence and Armed Services — evidently weren’t read in.

Trump said on Sunday that the report was “probably just another phony Times hit job.”

Nobody briefed or told me, @VP Pence, or Chief of Staff @MarkMeadows about the so-called attacks on our troops in Afghanistan by Russians, as reported through an “anonymous source” by the Fake News @nytimes. Everybody is denying it & there have not been many attacks on us…..

The reporting has since been amplified by other news organizations and by members of Congress and even by a very rare statement from the director of the CIA.

Hoyer and his colleagues followed eight House Republicans, who were briefed Monday at the White House on the reports.

“Every level of government needs to gather more information to understand this situation better. Measures have to be taken to be sure our troops are protected,” said Rep. Mac Thornberry, R-Texas, the ranking member of the House Armed Services Committee.

He and Republicans talked in a press conference after the Democrats on Tuesday. Thornberry was in the delegation that visited the White House on Monday.

Another member who took part, Rep. Mike McCaul, R-Texas, told NPR that he considered the bounty matter serious but that the intelligence isn’t yet “actionable” — and accordingly the White House couldn’t decide what to do.

Rep. Adam Kinzinger, R-Ill., said he didn’t see a problem with lower-level officials working on finding out more before asking the president to set aside time on his calendar.

“I don’t see any reason he necessarily should have been [briefed] at this point,” Kinzinger said. “And so I think as we get more answers, then we’ll know what the response needs to be, but I don’t think this has been built up to be any kind of internal scandal. But it is definitely a concern … what role is Russia playing in Afghanistan.”

McCarthy complained about what he called the politicking over the Russia story by Democrats and said this issue is too serious to become the subject of partisan attacks.

“It doesn’t matter what party you are in. We should not play games with this,” McCarthy said. 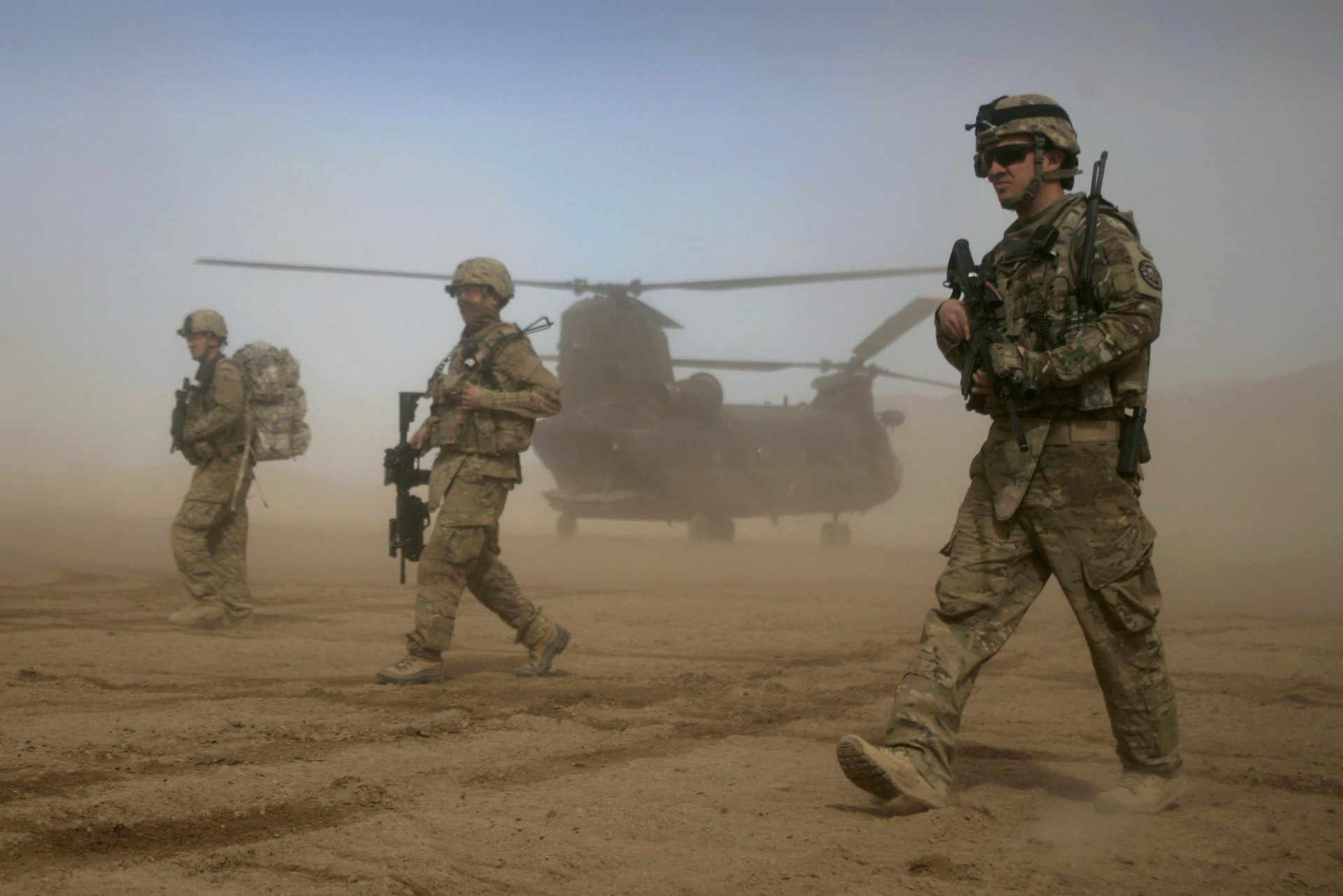 In statements Monday evening, the director of national intelligence and CIA director said they would continue to look into the matter and brief the president and congressional leaders.

They condemned the release of information about the investigation to the press.

Defense Department spokesman Jonathan Hoffman declared unequivocally that the Pentagon, for its part, cannot verify that bounties were paid to insurgents to target American or allied forces.

“The Department of Defense continues to evaluate intelligence that Russian GRU operatives were engaged in malign activity against United States and coalition forces in Afghanistan,” he said. “To date, DOD has no corroborating evidence to validate the recent allegations found in open-source reports.”

EU sets new list of approved travel partners. The U.S. isn't on it