Lancaster County Commissioner Ray D’Agostino says the changes sought by the lawsuit seem fair to him at first blush. 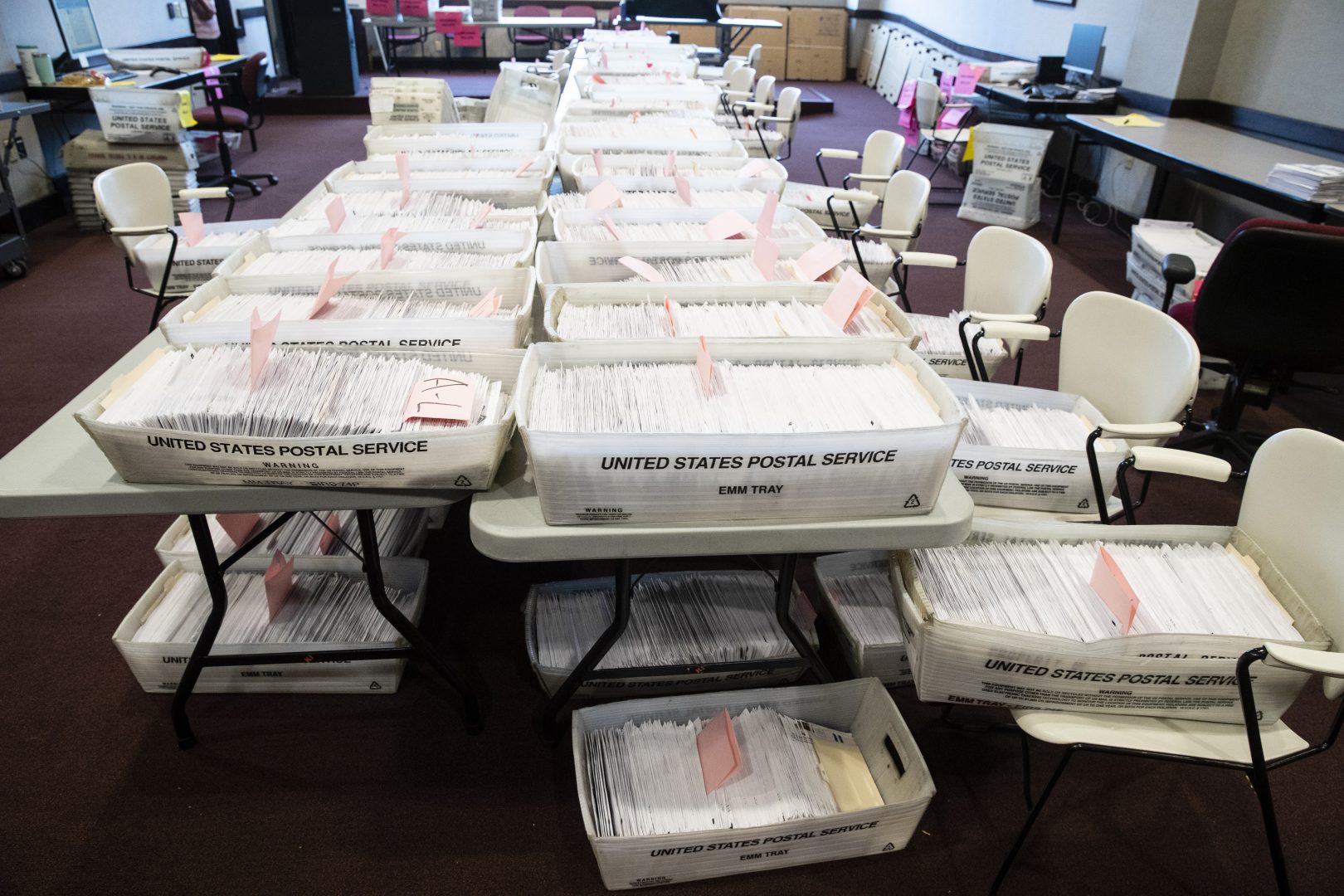 President Donald J. Trump’s re-election campaign is suing the Pennsylvania Department of State and the boards of elections in all 67 counties for taking “a path that jeopardizes election security,” disenfranchises voters and sets the stage for inaccurate vote counts in this fall’s general election.

The complaint, filed Monday in federal court in Pittsburgh, contends some counties broke state law by unsecured ballot drop boxes for the June 2 primary, failed to implement processes to ensure ballots are mailed to correct addresses and securely delivered to voters, and imposes a residency requirement for poll watchers that is too strict. The suit also faults Gov. Tom Wolf’s last-minute order to extend the amount of time ballots could be received by elections offices in some, but not all, counties.

The Trump campaign’s lawsuit asks the federal court to bar counties from accepting absentee ballots unless they are mailed by voters to their county election office, or dropped off in person. It also wants to block the counting of any mail-in ballots that are not correctly placed inside the secrecy envelope sent to all voters. And the suit wants the residency requirement for poll watchers to be lifted, so that any Pennsylvania voter could serve in that function at any polling location in the state.

“Voters should have more options for voting, not fewer, and no American or Pennsylvanian should have to choose between their health and exercising their right to vote. That means expanding options for participation both by-mail and in-person,” said Emma Riley, a Biden spokesperson. “That isn’t a partisan issue, but Pennsylvania Republicans and the RNC are clearly concerned with demonstrating their fealty to Donald Trump and his conspiracy theories than they are with making it easier for Pennsylvanians to vote this fall.”

Four of nine Republicans in Pennsylvania’s congressional delegation – Glenn Thompson, Mike Kelly, John Joyce and Guy Reschenthaler – are plaintiffs in the lawsuit, as well as the Republican National Committee.

The suit also names two Fayette County voters active in GOP politics as plaintiffs: Melanie Stringhill Patterson of Belle Vernon, and Clayton David Show of Hopwood. Patterson and Show didn’t respond to requests for comment, nor did the Pennsylvania GOP.

The Pennsylvania Democratic Party accused the Trump campaign of attempted voter suppression, noting that more than twice as many Democrats as Republicans requested a mailed ballot for the primary.

“They know the easier it is for everyday people to vote, the more likely it is that they will lose — Trump has said so himself,” said executive director Sinceré Harris in an emailed statement. The release also linked to a March 30 interview with The Washington Post in which the president stated his opposition to increasing funding for mail-in voting because it would disadvantage Republicans.

But Lancaster County Commissioner Ray D’Agostino says the changes sought by the lawsuit seem fair to him at first blush, and that more consistency is needed among counties in implementing certain election policies.

“For example, the Department of State’s guidance …[is] that each County Board of Election should develop their own policy in handling the counting of ballots not included in secrecy envelopes,” said D’Agostino, a Republican. “Clarification on this issue, either by the legislature or DoS, is necessary.”

Lycoming County Election Director Forrest Lehman noted some questions raised by the Trump campaign’s suit overlap with claims made in other lawsuits already in progress. State legislators are also expected to deal with some of these issues as they consider election code changes based on counties’ experiences with the June 2 primary.

Voter registration updates, for example, are the focus of a separate federal lawsuit filed this spring by Judicial Watch against DoS and Allegheny and a handful of southeastern Pennsylvania counties.

“I hope everyone files their lawsuits now so that the courts have ample time to issue rulings for November,” Lehman said Monday. “Counties cannot have new laws or court rulings on these topics coming out in September or October, because ballots may already be in the mail by then and there will not be enough time to properly train poll workers on the changes.”

Note: This story has been updated to add comments from the Biden campaign, the Pennsylvania Democratic Party and Lancaster County Commissioner Ray D’Agostino.

Pa. Dems think public opinion on police reform is on their side