Larry Krasner says some incidents “continue to raise serious questions about policing and unequal application of the law" in the city.

(Philadelphia) — The district attorney of Philadelphia announced assault and related charges against one man stemming from one of a number of protests of a now-covered Columbus statue in south Philadelphia while suggesting “unequal application of the law” by police during the demonstrations.

The city, meanwhile announced plans to seek removal of the statue, citing the clashes.

District Attorney Larry Krasner alleged that 58-year-old John Mooney repeatedly told a Black man who is a professional photographer “Get out of here, boy,” before punching him in the face Tuesday evening at Marconi Plaza. Mooney was charged with misdemeanor counts of ethnic intimidation, simple assault, reckless endangering and harassment.

Krasner said such incidents “continue to raise serious questions about policing and unequal application of the law” in the city. For the past month, he said, thousands have taken to the streets to demand equal justice and accountability for police and other institutions “and have done so without wielding bats, hammers, firearms, or racial epithets.”

However, Krasner said, during altercations at the plaza and surrounding neighborhood “anti-racism protesters and journalists have been verbally and physically assaulted, in direct view of law enforcement officers who have – by the numbers – made far more arrests of protesters and journalists than they have of these bat-wielding, assaultive, and threatening individuals.” 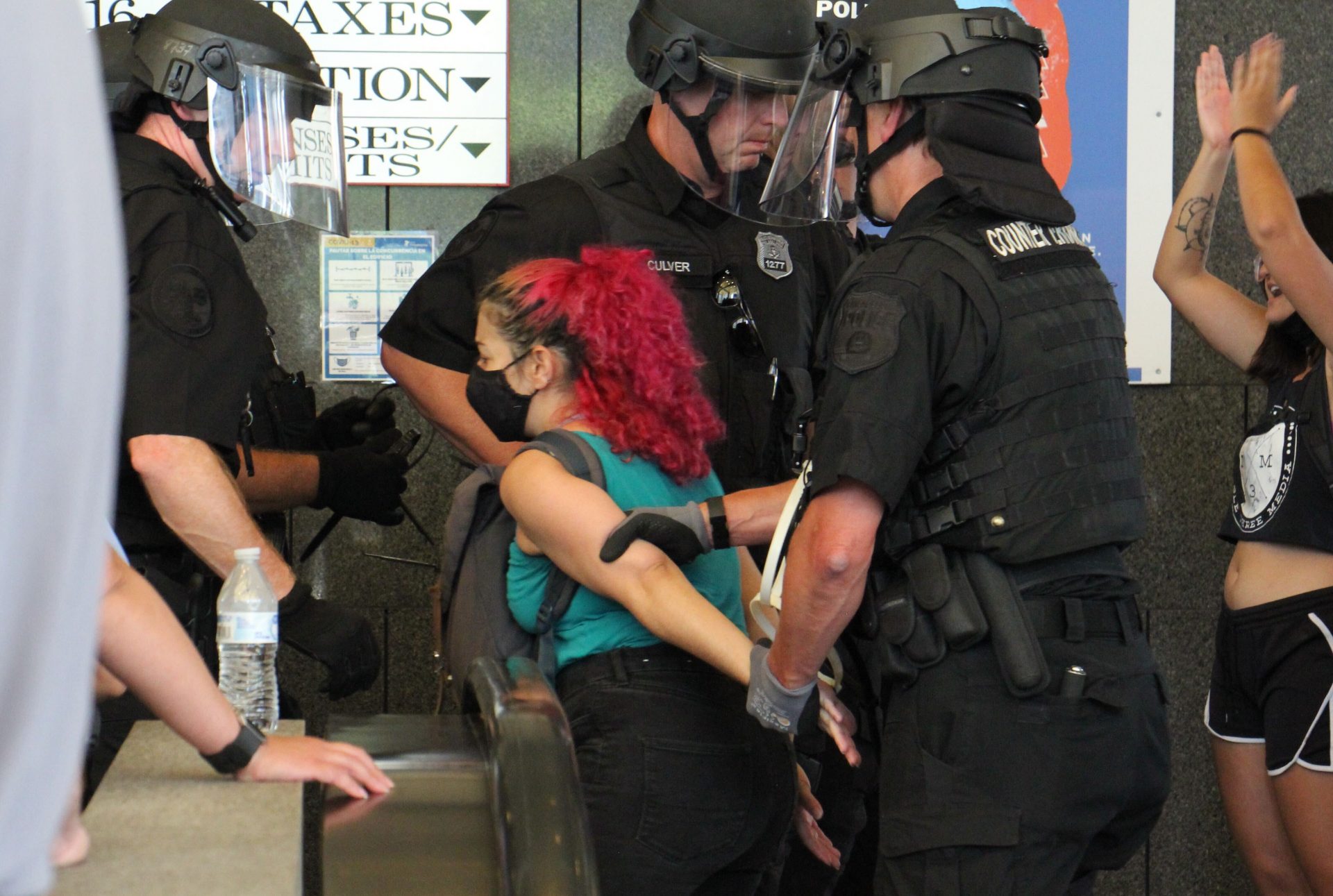 The police department declined comment Wednesday. It wasn’t immediately clear whether Mooney had an attorney.

The city last week built a wooden box around the Columbus statue following clashes between protesters and residents as Mayor Jim Kenney announced a process to decide its future. On Wednesday, the city said in a statement that it would ask the Philadelphia Art Commission on July 22 to approve removal of the statue.

“In recent weeks, clashes between those individuals who support the statue of Christopher Columbus in Marconi Plaza and those who are distressed by its existence have deteriorated to a concerning public safety situation,” the city said. “It is a situation that cannot be allowed to continue.”

Officials said they hoped to find a way to allow residents “to celebrate their heritage and culture, while respecting the histories and circumstances of others that come from different backgrounds.”

The Philadelphia Inquirer reported that about 50 protesters who had walked south from an earlier protest over police funding were engaged by more than 100 men who had gathered wielding baseball bats and hammers. The men dropped the bats when protesters arrived, and the groups exchanged harsh words. Several members of each group soon began shoving each other, and at least one man was punched in the face, and two men — one from each group — were detained by police, the paper said.

Earlier Tuesday, police said 26 people were arrested and issued summary violations for failure to disperse in a demonstration at the city’s Municipal Services Building near City Hall. A journalist was detained but later released and wasn’t charged.

Kenney said in a Twitter post that he was “extremely disturbed” by video of the reporter’s detention, which he said “may violate the law and (police) policy.” He said that would be “fully investigated and addressed” and police said the entire incident was being investigated by Internal Affairs.