The state's caseload had been steadily falling, but more recently it has plateaued and now appears to be inching upward.

(Harrisburg) — Pennsylvania is seeing an uptick in the number of confirmed new cases of COVID-19, more than three months after the pandemic first began to spread in the state.

The Health Department said Thursday there were 579 new positive cases and 39 deaths. The state’s caseload had been steadily falling, but more recently it has plateaued and now appears to be inching upward.

The agency said nearly 84,000 Pennsylvanians have been confirmed to have the disease. There have been 6,557 deaths.

As Bucks County prepares to go green on Friday, officials are saying they’re confident residents are committed enough to social distancing and mitigation strategies, like mask-wearing, that the newly loosened restrictions won’t cause any outbreaks.

Every county except Philadelphia will go green Friday. In Bucks, which has seen almost 5,400 coronavirus cases total, Health Director David Damsker said more than 70% of patients had recovered, and deaths — 500 to date — had slowed to a “trickle” once outbreaks in nursing homes were quelled.

Though Damsker said he’s confident about moving Bucks to the green phase, he stressed that the county isn’t in the clear.

“We have hit sort of a plateau where we don’t believe we’ll go much lower than we have today,” he said. “There’s a handful of cases, whether it’s 10 a day, 20 a day … there is still virus in the community, and our main focus is to keep it from rising above those numbers, keep pure community spread as low as possible.”

He said he’s not particularly worried that Bucks will see a large resurgence in cases, as reopened states like Arizona have, because people in the county are largely still required to wear masks in order to visit stores and other businesses.

“Just remember that it’s still there,” he said of the virus. “It’s not gone. Green doesn’t equal gone.”

Bucks is also trying to prepare for another side effect of Pennsylvania’s reopening: the end of a statewide moratorium on evictions July 10.

Housing & Community Development Director Jeffrey Fields noted, it’s possible some people and families could soon find themselves in precarious housing positions, some for the first time, and he ran through a reminder of the assistance they can get through the county.

The first step, he said, is for struggling renters to reach out to their landlords to try and come up with a deal, and then get that deal in writing. He also urged them to contact the county’s Housing Link program for help — and to have documentation, like leases and pay stubs, on hand.

If renters need legal assistance, they can get in touch with Legal Aid of Southeastern Pennsylvania. 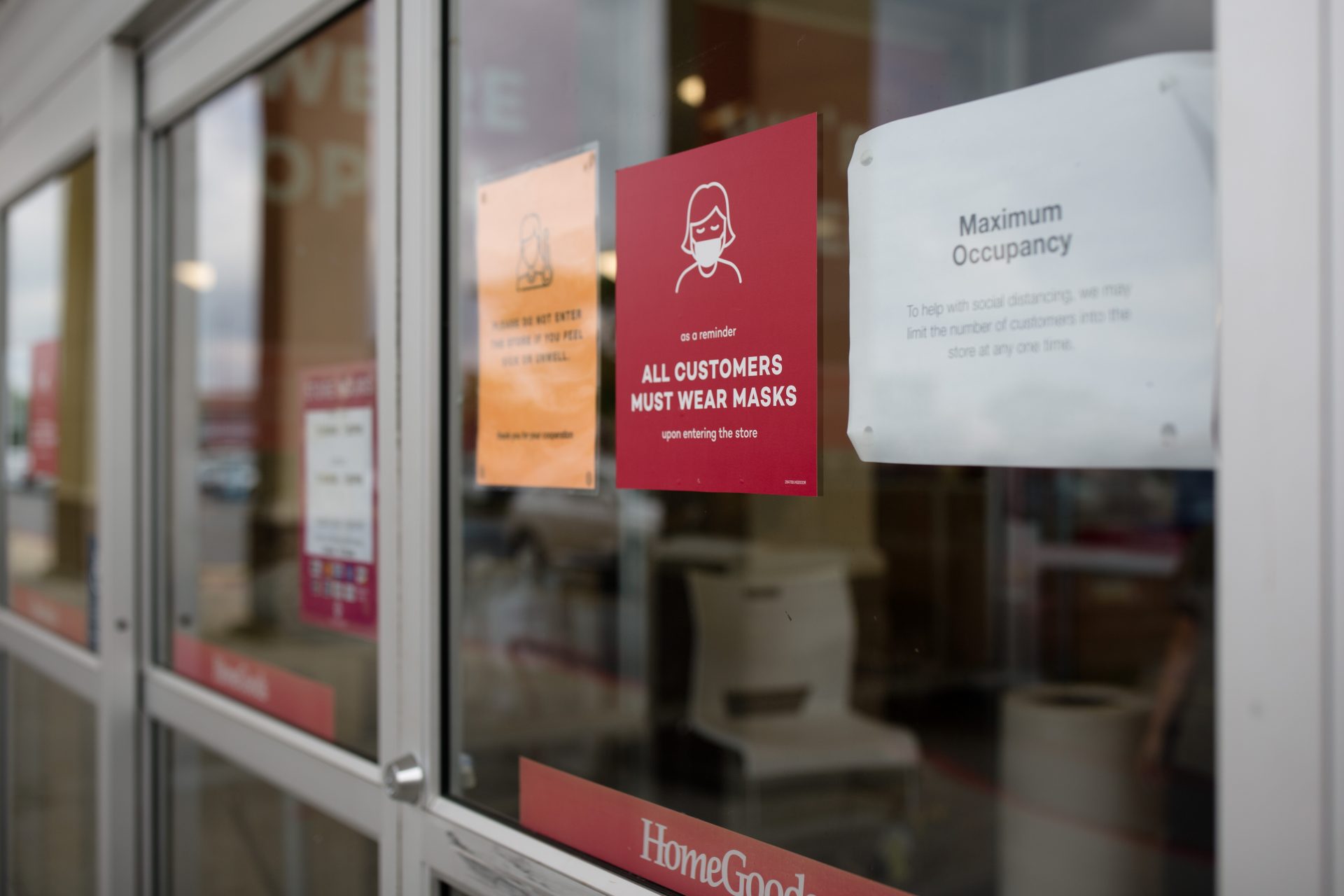 Signs directing customers to wear masks and stating occupancy limits are posted on the door of Home Goods store on Jonestown Road in Harrisburg on Friday, June 19, 2020.

Philly is the only county in Pennsylvania that won’t be moving to the green phase of reopening on Friday. Instead, officials plan to make the jump one week later, on July 3, so long as cases don’t rise again.

On Thursday, the city Department of Public Health announced 107 newly confirmed COVID-19 cases, for a total of 25,550. There have also been nine new deaths.

As has been the case across the country, Philadelphia’s cases and deaths were heavily concentrated in group living settings, like nursing homes and prisons.

If there aren’t any case spikes before July 3, the city plans to reopen a long list of programs and businesses on that date. Among them: indoor gyms, schools, libraries, museums, malls, small outdoor events of up to 50 people and occupancy-restricted indoor dining.

One, the Restore and Reopen Program, has $1.4 million in grant funding available to independently-owned businesses that were damaged or saw inventory loss in this month’s civil unrest over policy brutality. It’s accepting applications through June 28.

The other, a $3 million loan fund dubbed Restart PHL, is expected to be available through Philadelphia’s Economic Development Corporation starting in “the coming weeks” according to the city.